The FIA isn't happy with event officiators, to say the least. 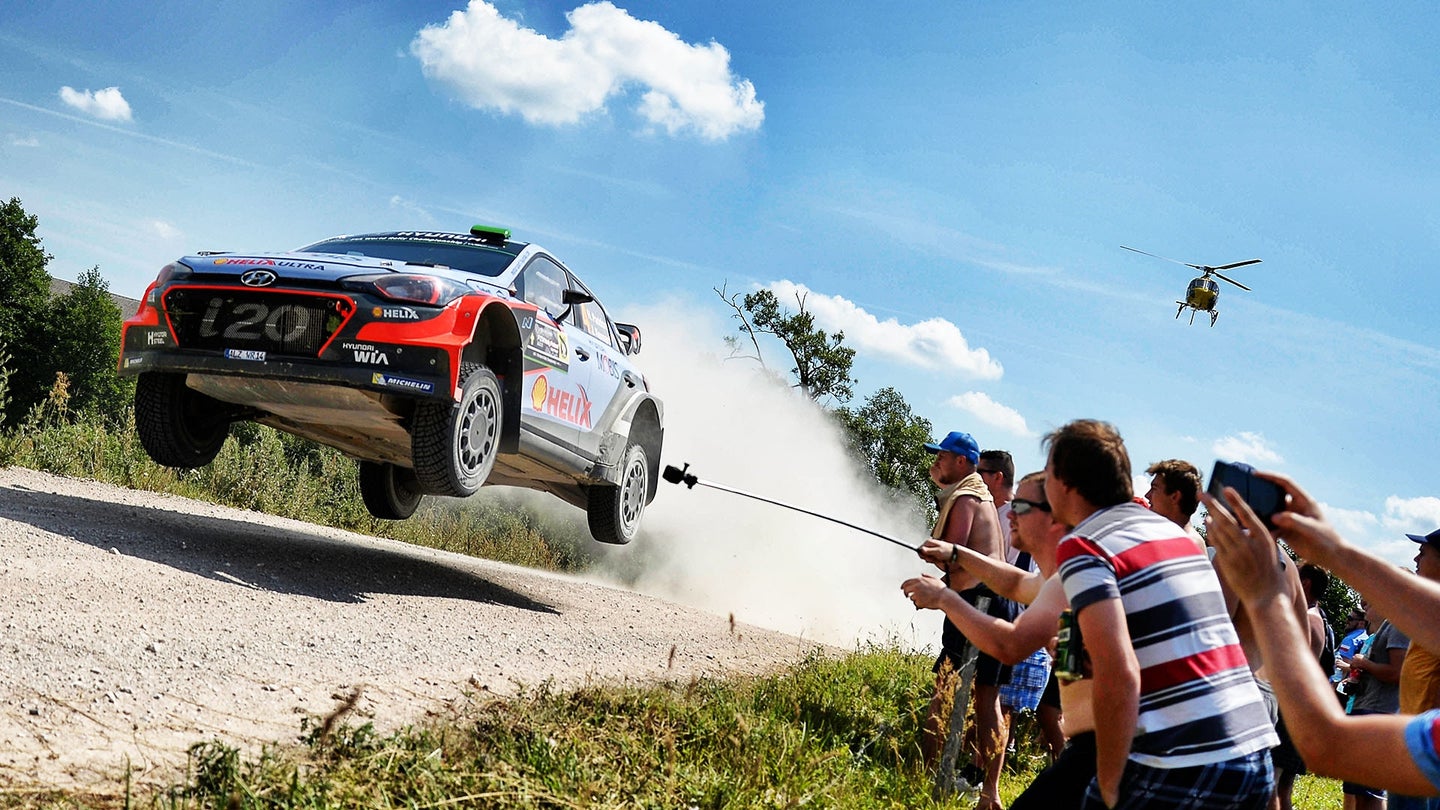 Rally Poland hasn't kept up the greatest track record with FIA Safety Officials over the past two years. The event leaders were given a yellow card in 2015 as a result of spectator control issues, and if they were to repeat those actions last year, then the event would be indisputably omitted from the following FIA calendars. Though they didn't have that problem in 2016, a slew of incidents at last weekend's event in Orlen made things clear that the WRC will likely be leaving Poland come next year.

According to a report from Autosport, a return in 2018 is unlikely. Issues this past weekend included spectator involvement, traffic flow control, and especially unprepared surfaces that sent multiple cars flying off with major damages.

One catastrophe even involved a fire truck meeting a rally car mid-stage. Luckily for the both of them, it was a wide enough pass that allowed the two to miss each other without issue.

Sources told Autosport "The fire truck incident is being investigated locally, this was not something related to the rally. But how could this happen? My information is that he nearly ran over the policeman. We were very lucky nothing happened, but this does not belong to rallying."

Other instances included the crowd incessantly overpowering race marshals to get close to the action, often standing just inches from the course. This is a safety issue that the FIA has battled for years, but none as drastic as Poland in recent times.

"There have been some safety problems throughout the rally and we have to now investigate and then draw our conclusions. There is not the spectating culture we have in Scandinavia," said FIA rally director Jarmo Mahonen "Some of them, they just want to come close to the cars."

Mahonen even commented on the lengths they had to go to in order to get past this past weekend. "It's been a very busy weekend for Michele [Mouton, FIA safety delegate], it's been a weekend for us to survive."

Despite all of this, Rally Poland spokesman Andrzej Borowczyk vouched for the event's viability to stay on the WRC schedule, according to Autosport. "Look at the pictures and the number of fans we bring," over 100,000 spectators, in some cases. "Rally Poland brings something to the championship and I am sure we will be back."