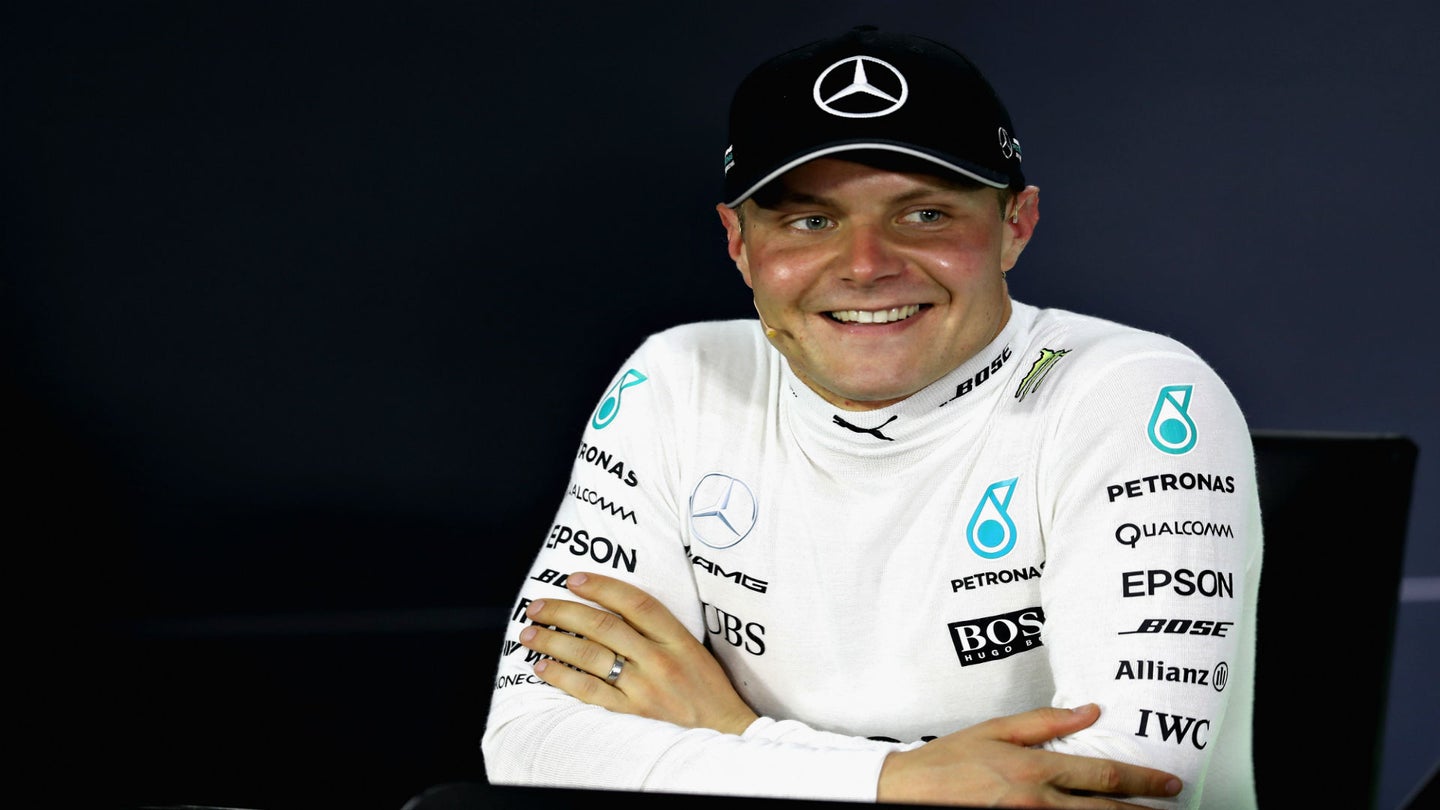 In less than a year with the Mercedes-Benz F1 team, Valtteri Bottas has done exceedingly well—even giving Lewis Hamilton a run for his money in some events. The 27-year-old Finn has kept up with the best of them, and he also won his first grand prix with the team in Russia just a few months back. Although he's been able to maintain a position near the winner's circle throughout the year, he recently made it clear in an interview with Italy's Autosprint that he's more focused on gaining a contract extension with the Mercedes crew than he is on reaching the podium.

"Winning is the first thing I think about when I race, but I know that the work for the team is what comes first," Bottas said. "I want to be consistent and earn a long-term contract with Mercedes. It will not be easy because Lewis (Hamilton) is very strong, and Ferrari are very close to us -- and even better, on some occasions."

Bottas proved that he had done just that in previous races this year. His first priority has been making sure the team is where it needs to be, even if that meant him taking a step back and letting Hamilton lead the way.

With that being said, Bottas doesn't plan on easing up at the European Grand Prix this weekend.

"I love racing in Baku, and I believe it is time for me to try to win again."

Mercedes team boss Toto Wolff has applauded Bottas as well, complimenting him on his ability in comparison to some of the more seasoned drivers on the grid.

"He is in a great position in the championship," he said in an interview with La Gazzetta dello Sport, via Autoweek. "It's hard to believe that he only arrived in the team a short time ago. In seven grands prix, he has gone beyond all expectations. He has a pole, a victory and has pushed Lewis on Saturdays and Sundays. He just needs to put it all together every weekend, and I'm sure he will do that."

His performance the rest of the year will dictate Bottas' future with the team. By the looks of it, he's made a good first impression that could potentially be a lasting one as well.