It's a start-to-finish look at the development of the street and the race car. 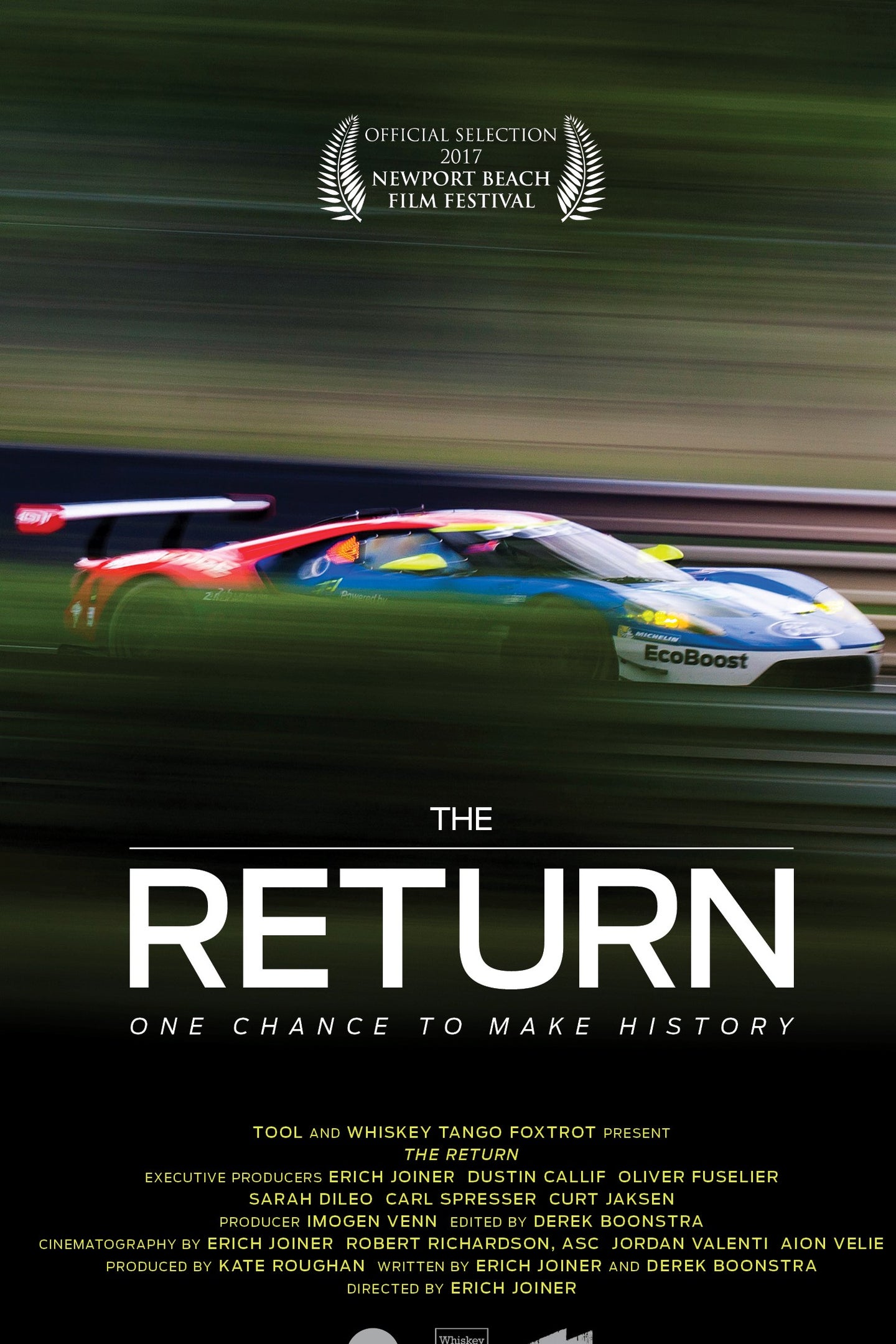 It’s no coincidence that “The Return – One Chance to Make History,” a full-length documentary on the return of the Ford GT to Le Mans 50 years after the car won the 1966 24 Hours, becomes available today, two days before the green flag falls on the 2017 race.

You know the story: Ford and Multimatic, a Canadian street and race car factory, were given a mandate by people in the company whose actual last name was Ford to build a street car and a race car in conjunction, with the race car debuting at the Rolex 24 at Daytona in January, 2016, and racing in IMSA events, including the Mobil 1 Twelve Hours of Sebring, as a tune-up for Le Mans.

“The Return” chronicles the Ford GT from the idea stage, to design, to the hugely popular and unexpected debut at the North American International Auto Show in Detroit in 2015, where Ford executives were coy about whether or not they’d go after the 50th anniversary win at LeMans. They were terrible liars. We already knew work was underway on a racecar, using the turbocharged EcoBoost V6 that Chip Ganassi’s IMSA team had run in the Daytona Prototype class with moderate success. The engine was strong and fast, and the whole car – race and street version – looks far more like a Prototype underneath than a GT car, a fact pointed out numerous times by competitors, like Corvette Racing.

I was there in the very early stages, lucky enough to get special clearance for testing and technical briefings as I would be doing a lengthy cover story for Road & Track magazine. I can tell you that Multimatic, which built the car, got it amazingly right from the start, making it easier than it might have been for the Ford and Ganassi engineers to dial it in to make it completely track-ready.

Hours and hours of testing revealed very few flaws, which was unnerving – the crews were almost willing something to break, so they could fix it back even stronger. Drivers loved the GT – IndyCar champ Scott Dixon emerged from his first test at Homestead-Miami Speedway grinning ear to ear.

Most of this is in “The Return,” including the disappointing Daytona and Sebring races in which entirely unexpected stuff did break, especially transmission-related bits and pieces. But in the last IMSA race before Le Mans, at Mazda Raceway Laguna Seca, everything came together for a win, sending the team off to France with a weight off their shoulders.

The movie does a nice job of documenting the glory and ordeal that is Le Mans, especially late in the night when the Ford GTs looked to be out of the running for a win. But the teams rallied and scored a first-, second- and fourth-place finish, far exceeding what anyone expected.

Or maybe we shouldn’t be surprised. Edsel Ford told me at Sebring: “Make no mistake – this is an assault.” And it was. Four brand-new cars, racing under a special dispensation from the ACO regarding homologation,with four back-up cars. Corvette’s last win was with one car. The other crashed in practice, and they team didn’t get it repaired for weeks. Corvette had no backup cars. To make big Ford look like a bully over little Chevrolet and Ferrari is kind of amusing, but if you have four bullets in your gun instead of one or two – well, I like those odds.

Consequently, we may see a repeat of the Ford performance this weekend. The street car is finally on sale and is essentially sold out, and Ford is making noises like they may be willing to sell some Ford GT racecars to privateer teams, so another win at Le Mans would just be icing on a cake already dripping with it.

Diehards probably won’t learn a lot from “The Return,” but they’ll get a kick out of interviews with mad scientist Larry Holt of Multimatic, and they’ll likely catch the last-minute correction in the graphics for “former” President and CEO Mark Fields, who “retired” on May 22.