Even a qualifying crash can't slow them down. 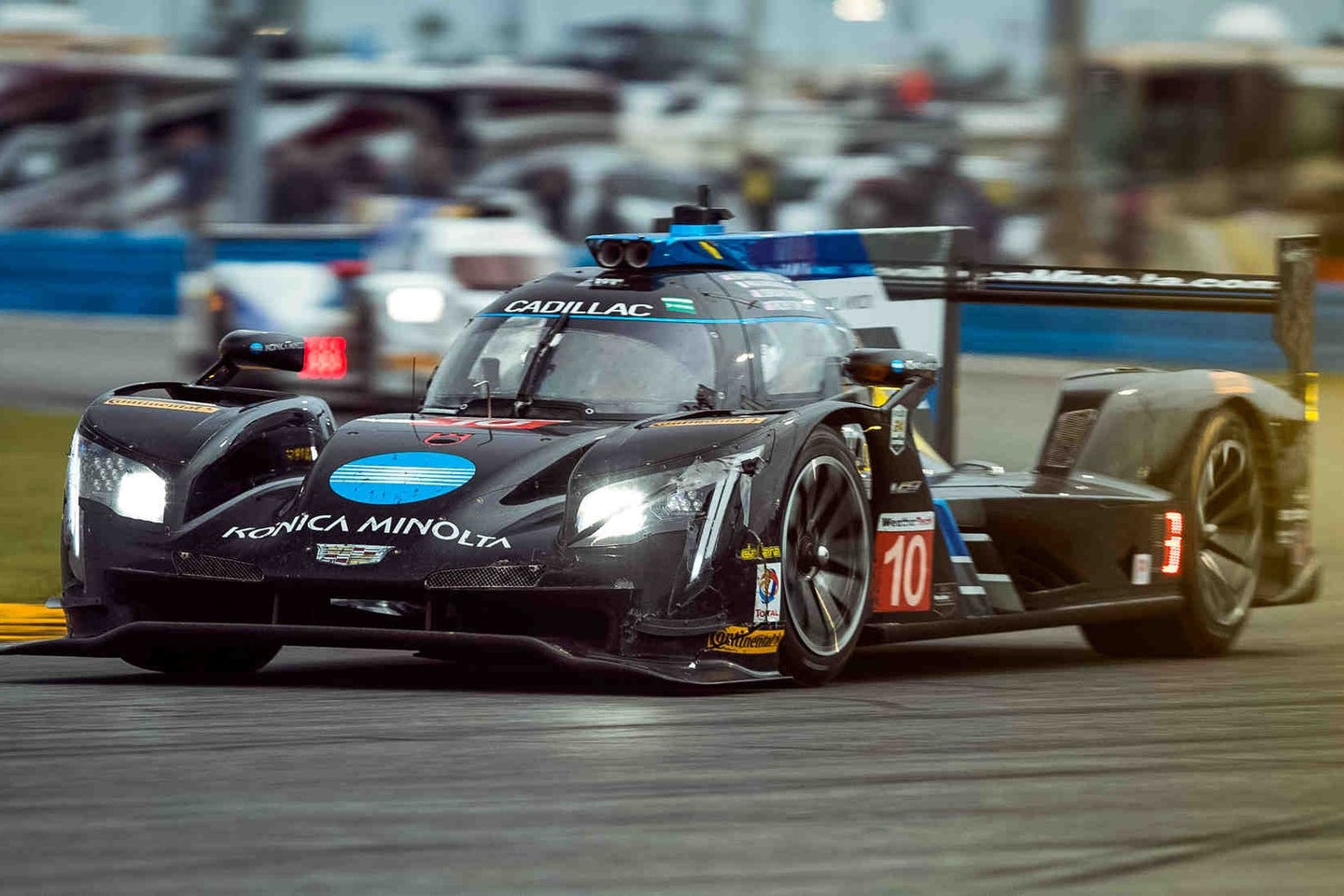 Can no one beat the Taylor brothers, drivers of the No. 10 Konica Minolta Cadillac DPi-V.R? It certainly looks that way. In qualifying for the IMSA Chevrolet Sports Car Classic at Belle Isle Park in Detroit RickyTaylor set the fastest time in the session, but one lap later ran wide on the exit of Turn 4 and crashed.

That meant Ricky and brother Jordan lost their fast time and had to start 12th in Saturday’s race, assuming the Wayne Taylor Racing team could get the car repaired. They did. And as usual, the Taylor brothers crossed the finish line in first, for the fifth straight time this IMSA WeatherTech SportsCar Championship season.

Last night, said Jordan, “the car was in a thousand pieces.” But it ran flawlessly, and pit strategy helped put the team ahead of second-place finishers, the No. 31 Whelen Cadillac DPi-V.R of Dane Cameron and Eric Curran.

Immediately after the race, the Taylor brothers and six other drivers were heading to Le Mans for tomorrow’s test for the 24 Hours of Le Mans, where many of the GT Le Mans teams and drivers already are, which is why that class does not compete at Detroit.