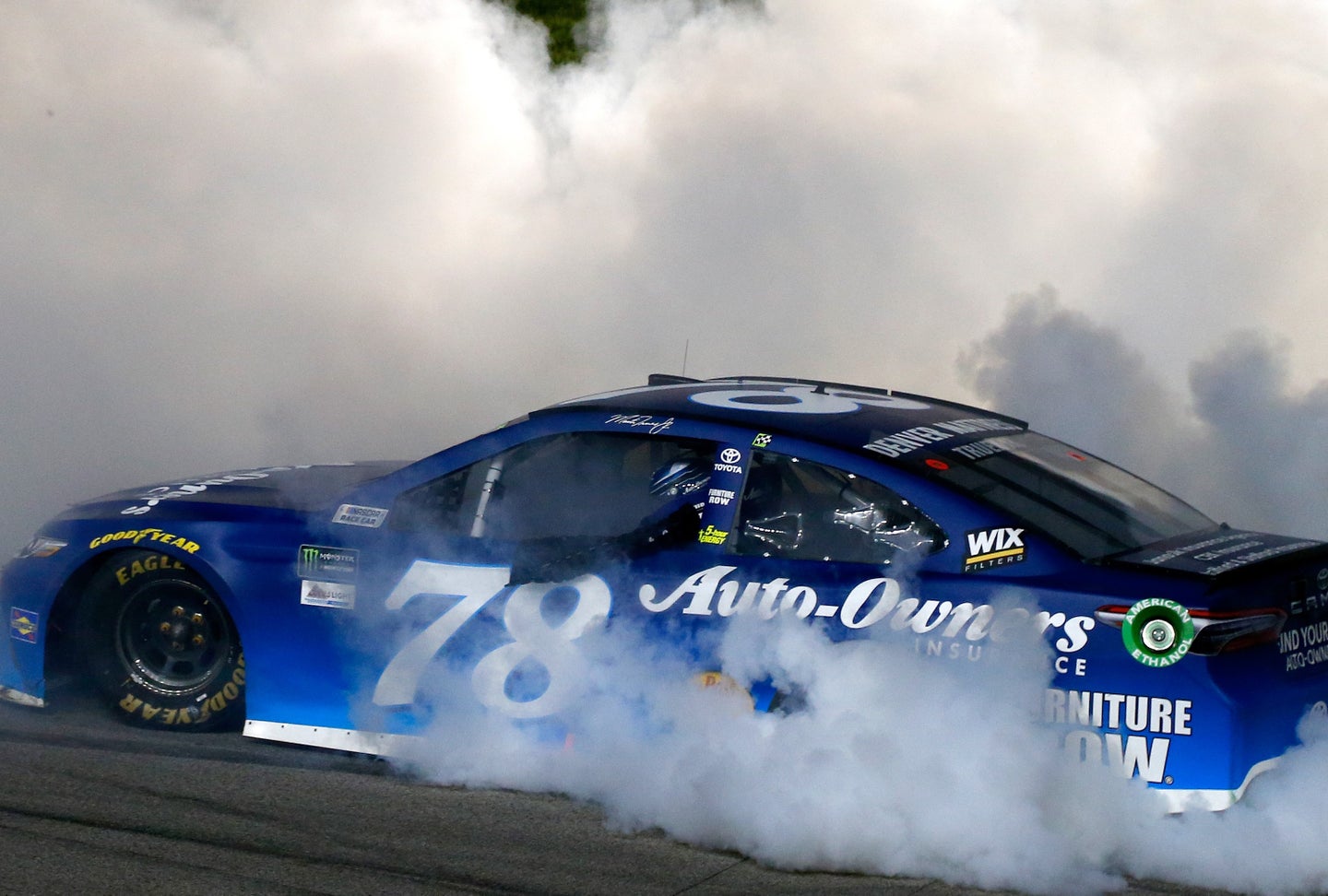 A major crash late in the Go Bowling 400 NASCAR Monster Energy Cup race at Kansas Speedway involving Aric Almirola, Danica Patrick and Joey Logano -- which began when something apparently broke on Logano's car, sending it into the back of Patrick -- destroyed all three cars, and sent Almirola on a helicopter ride to a local Kansas City hospital.

Logano was released Sunday morning. From team owner Richard Petty: "Aric Almirola, driver of the No. 43 Richard Petty Motorsports Ford, has been released from a local Kansas hospital and will fly back to his home in Mooresville, N.C. today. Almirola suffered a compression fracture to his T5 Vertebra after a multi-car accident at Kansas Speedway Saturday night.  Almirola is mobile and will follow up with his doctors in Charlotte."

Meanwhile, Martin Truex, Jr., survived the carnage -- a surprising 15 cautions for 61 laps, and the race was also red flagged for 28 minutes -- to win his second race of the year, and he celebrated with the mandatory smoky burnout. But he was still thinking about Almirola: “Yeah, that's the worst, you never want to see it,” said Truex.  “Aric is a friend of mine.  He volunteered to be in our fashion show next week, Catwalk for a Cause, our big foundation fundraiser.  He and his wife, great people, family guy, and just such a nice family and such a nice guy.  I was really scared when I saw that and worried for him, obviously. I hope it was just a safety precaution to get him out on a stretcher. I hope he's doing well. Definitely thinking about Aric and his family.”

Brad Keselowski was second, followed by Kevin Harvick, Ryan Blaney, Kyle Busch, Kyle Larson, Daniel Suarez, Jamie McMurray, Clint Bowyer and Trevor Bayne. The NASCAR Cup Series will be at Charlotte Motor Speedway the next two weekends. First on the schedule is the All-Star Race Saturday night May 20 followed by the Coca-Cola 600 Sunday night May 28.