There was a ton of eye candy at the Festivals Of Speed in St. Petersburg, FL on Sunday, including a new McLaren 720S, which fought for attention. With a La Ferrari, a Veyron Grand Sport, and even a rare Porsche 959 on hand, standing out was a difficult task, yet the 720S was up for it.

The McLaren 720S just debuted in Geneva a month ago and you can read all about it here. It is, of course, a technical marvel with impressive horsepower, braking, and acceleration figures, but that only tells part of the story. How it looks in person is just as important, if not more. Luckily, the 720S presents beautifully in the flesh; its body is sleek and clean, and although it has a ton of vents for cooling and airflow, they aren't garish or incongruous with the rest of the design.

It's a rather larger car, too, by supercar standards. The 720S appears to dwarf other cars in the McLaren stable, like the 570S and 650S. From nose to tail, along that long body, the lines and curves just flow effortlessly. Overall, it is a visually stunning car. 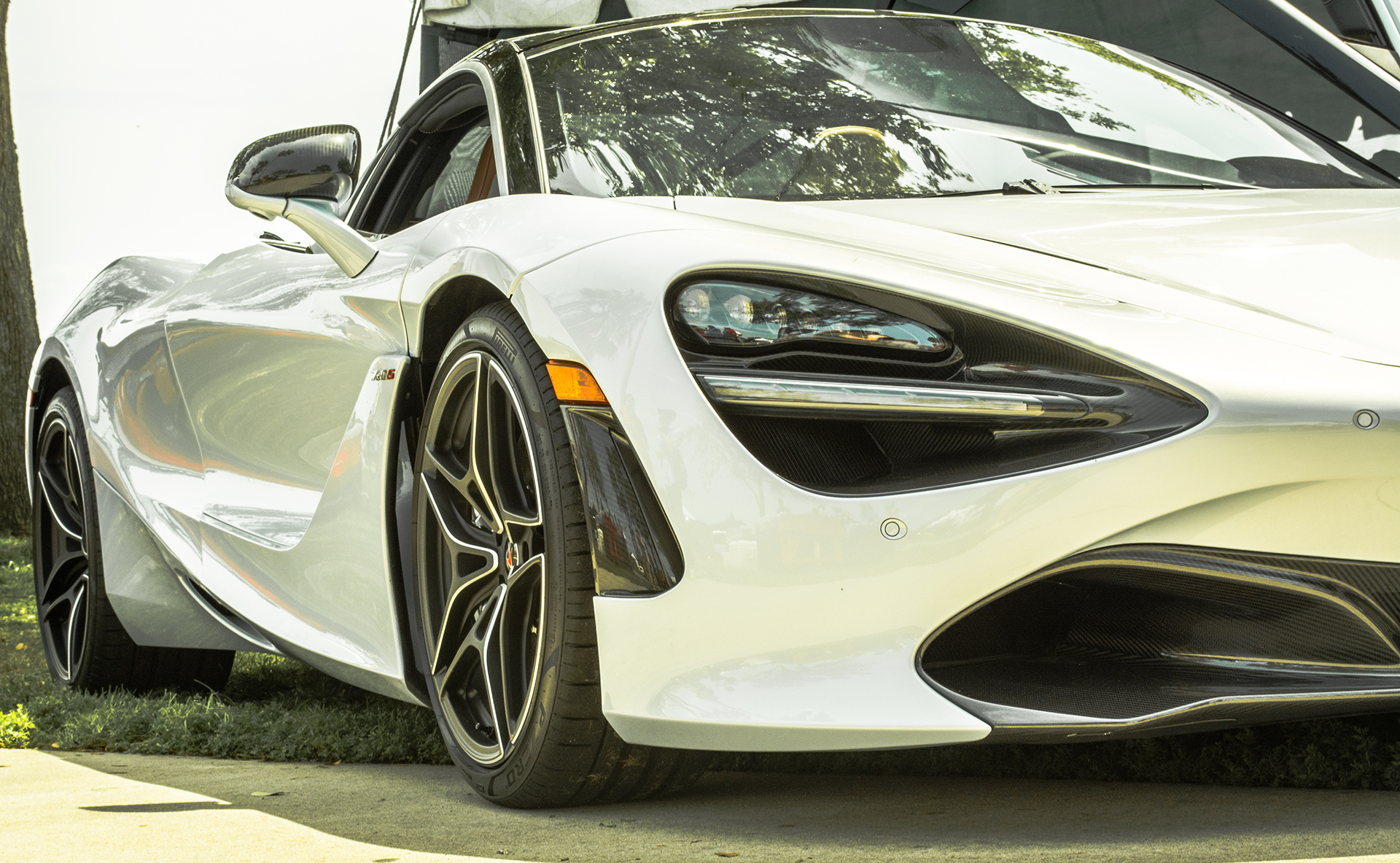 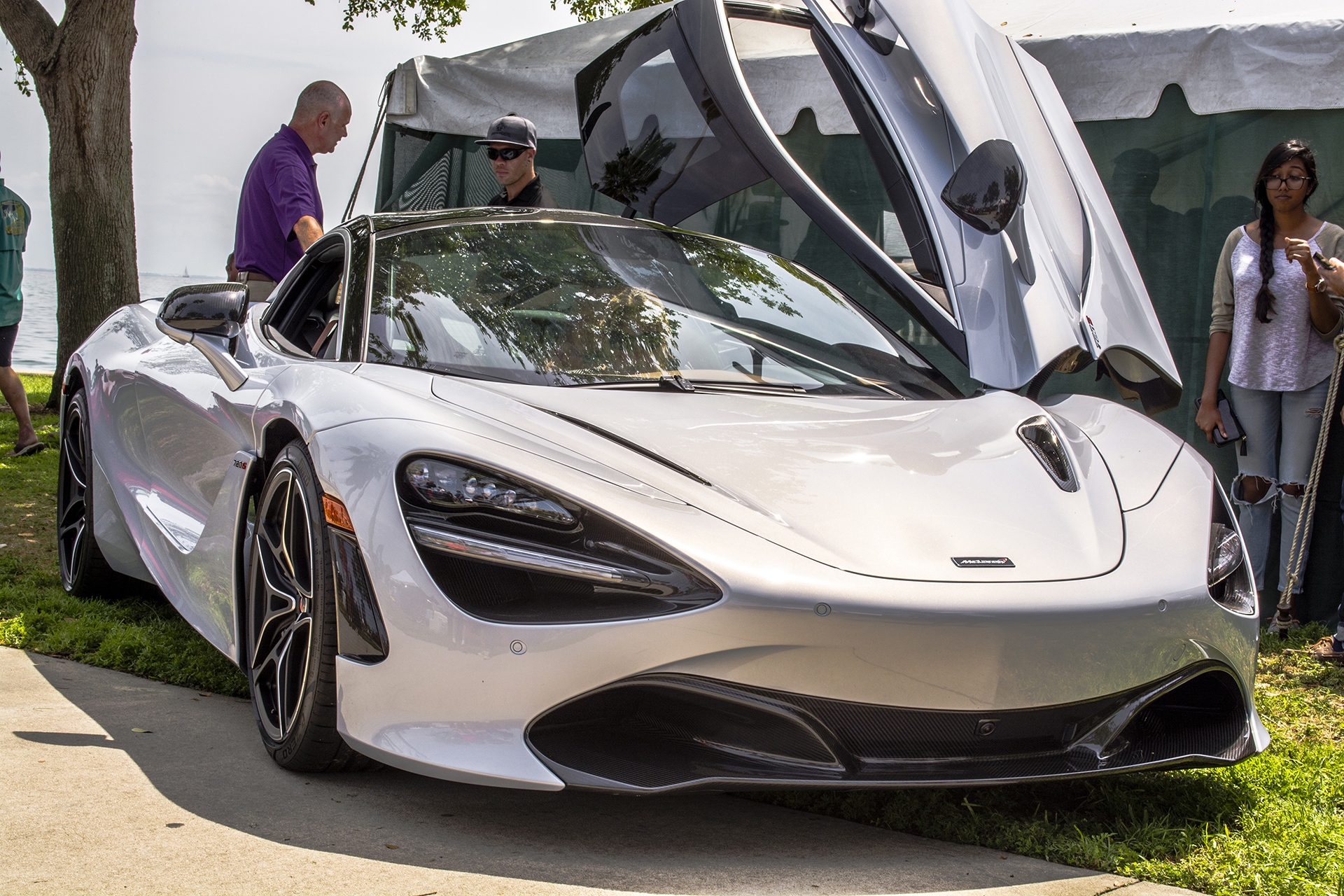 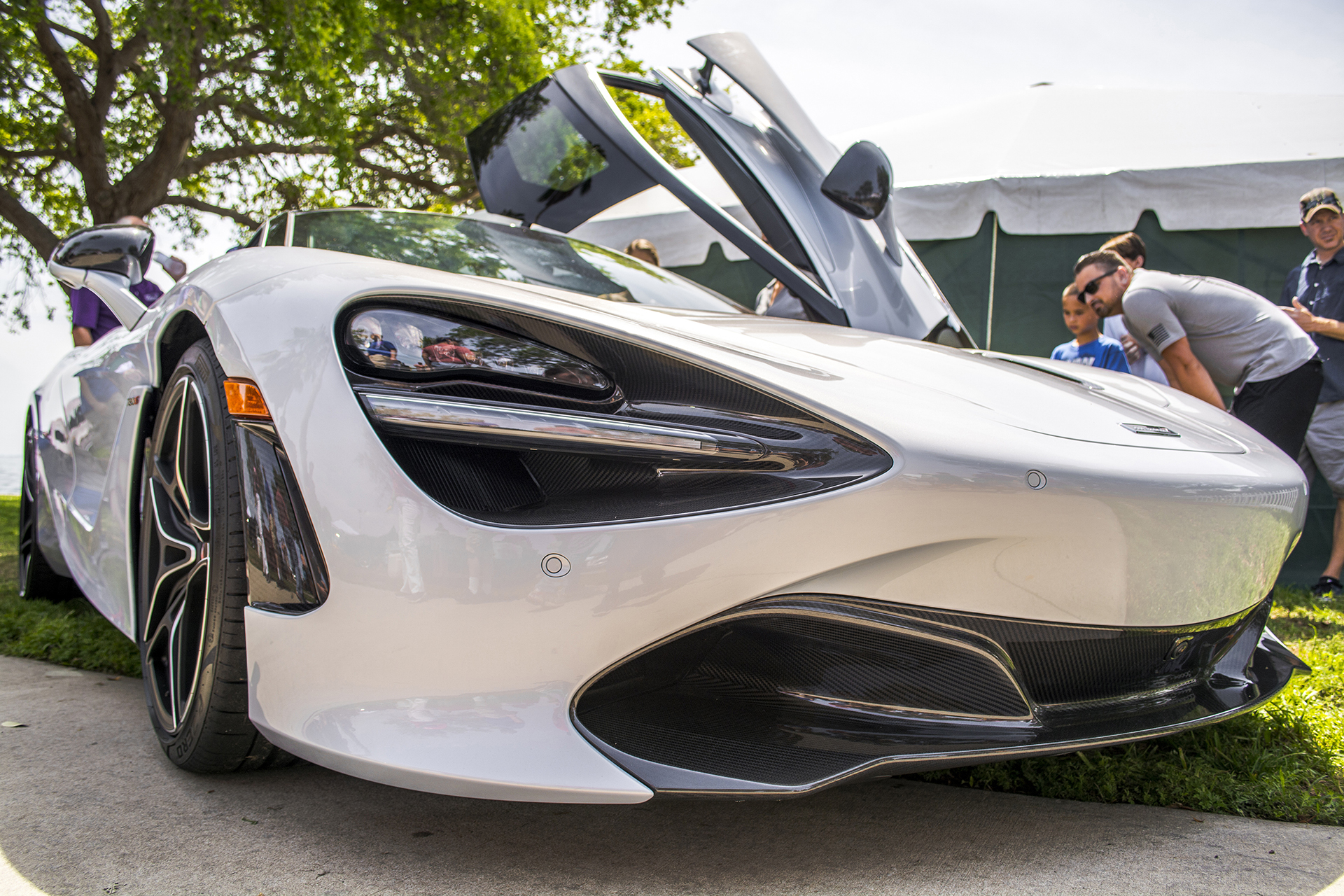 A good look at the nose and how it channels air into the car.Gabriel Loewenberg 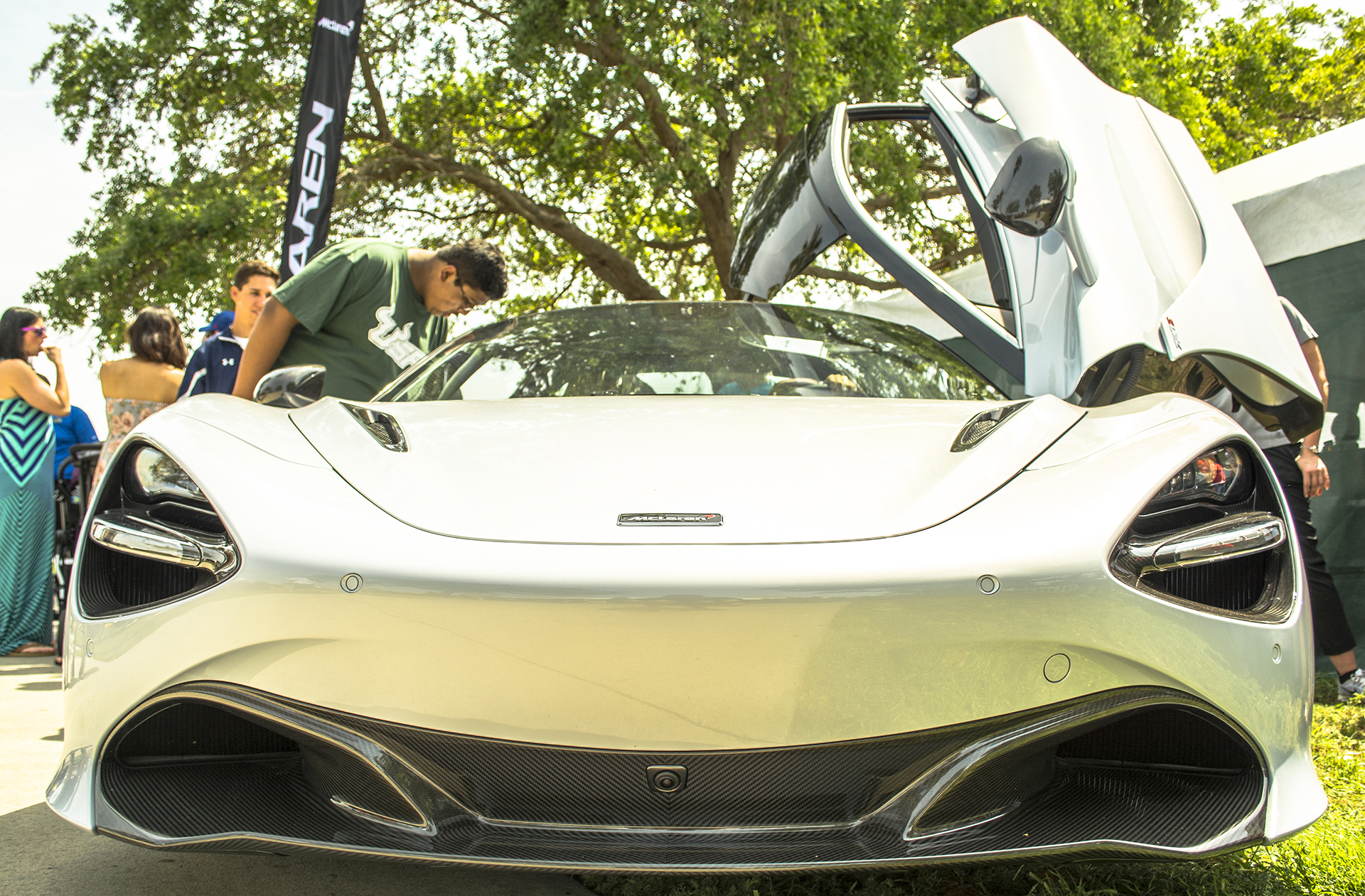 The front end gobbles up air while keeping the car glued to the road.Gabriel Loewenberg 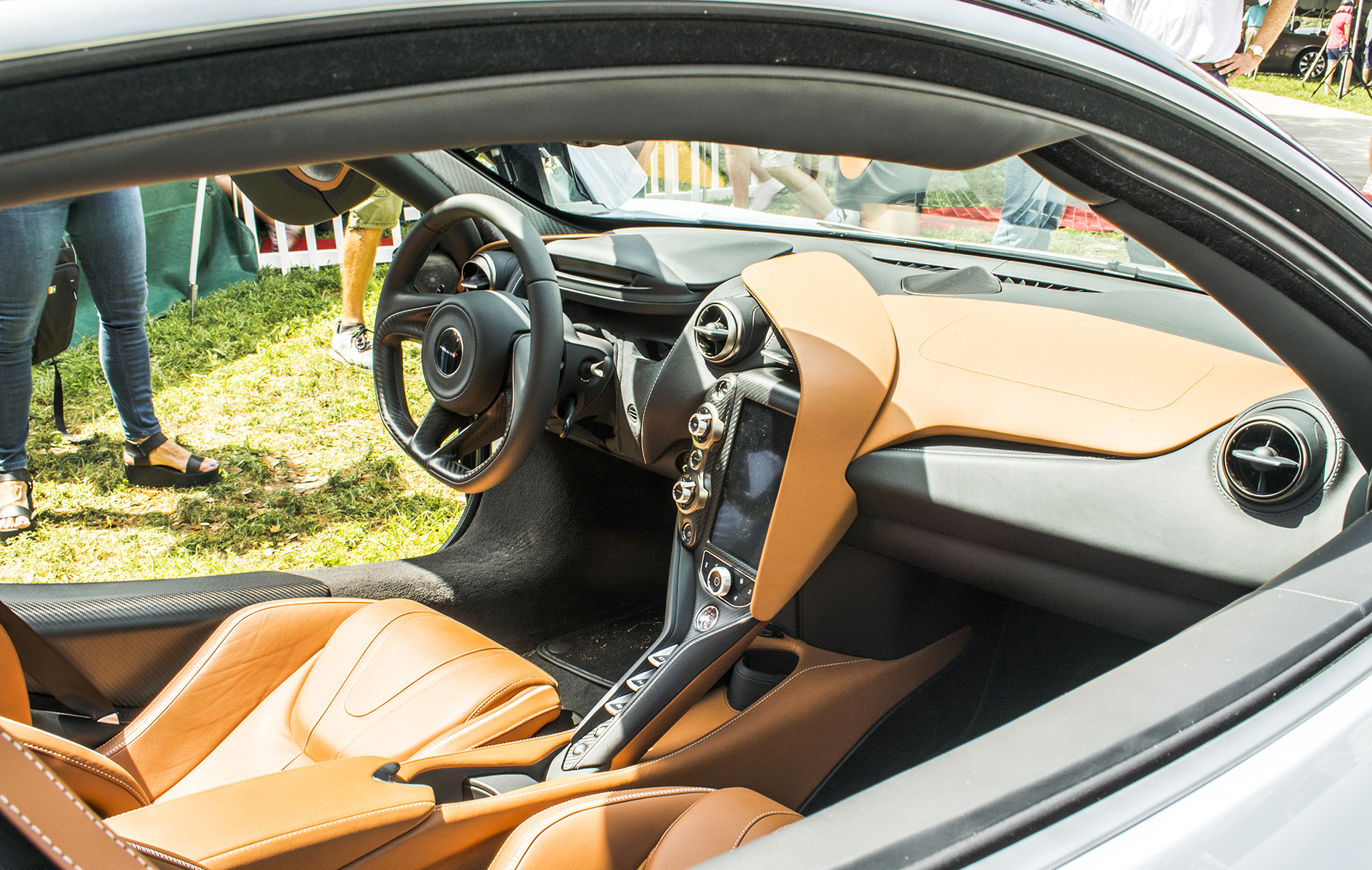 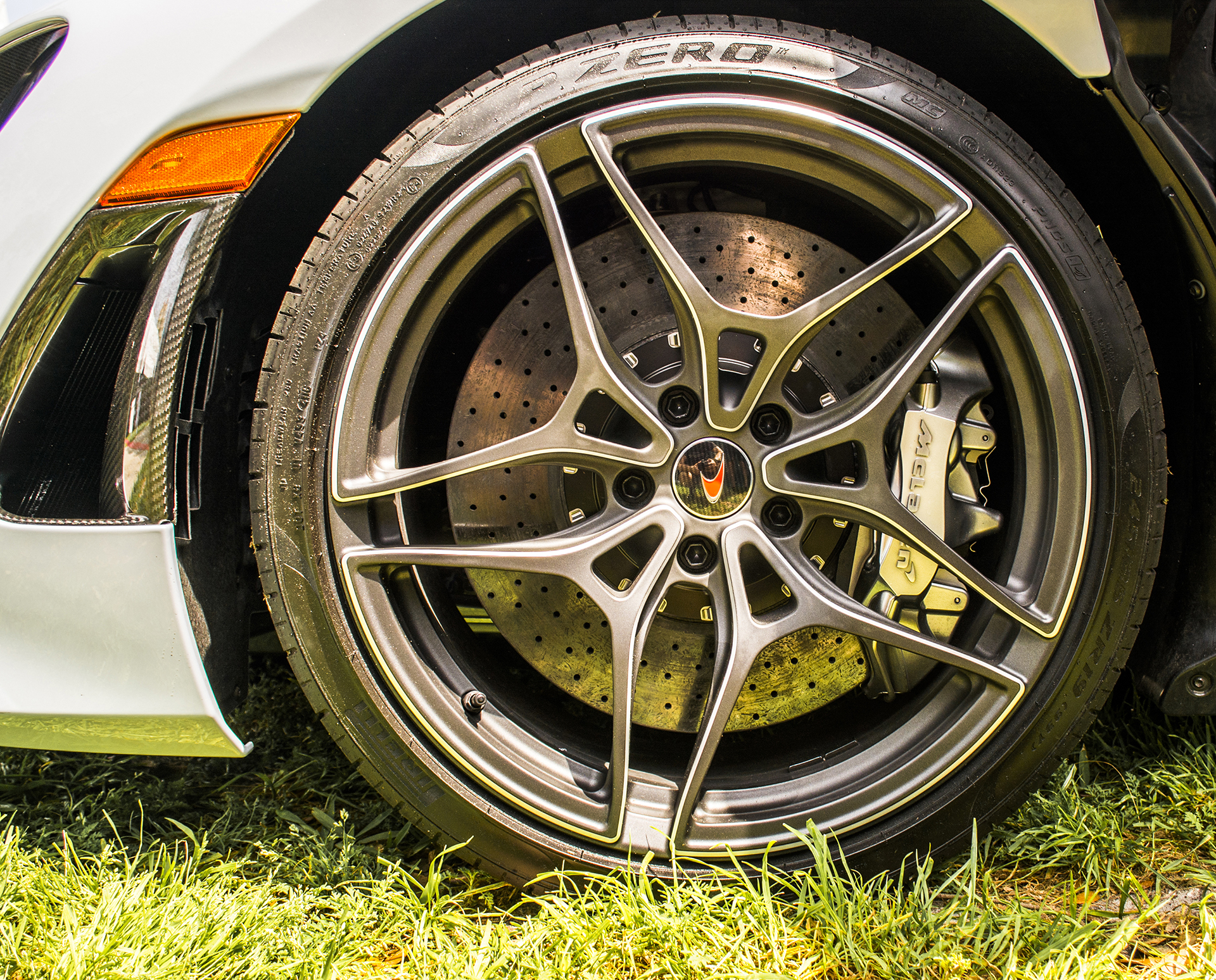 The brake disks on the 720S are massive.Gabriel Loewenberg 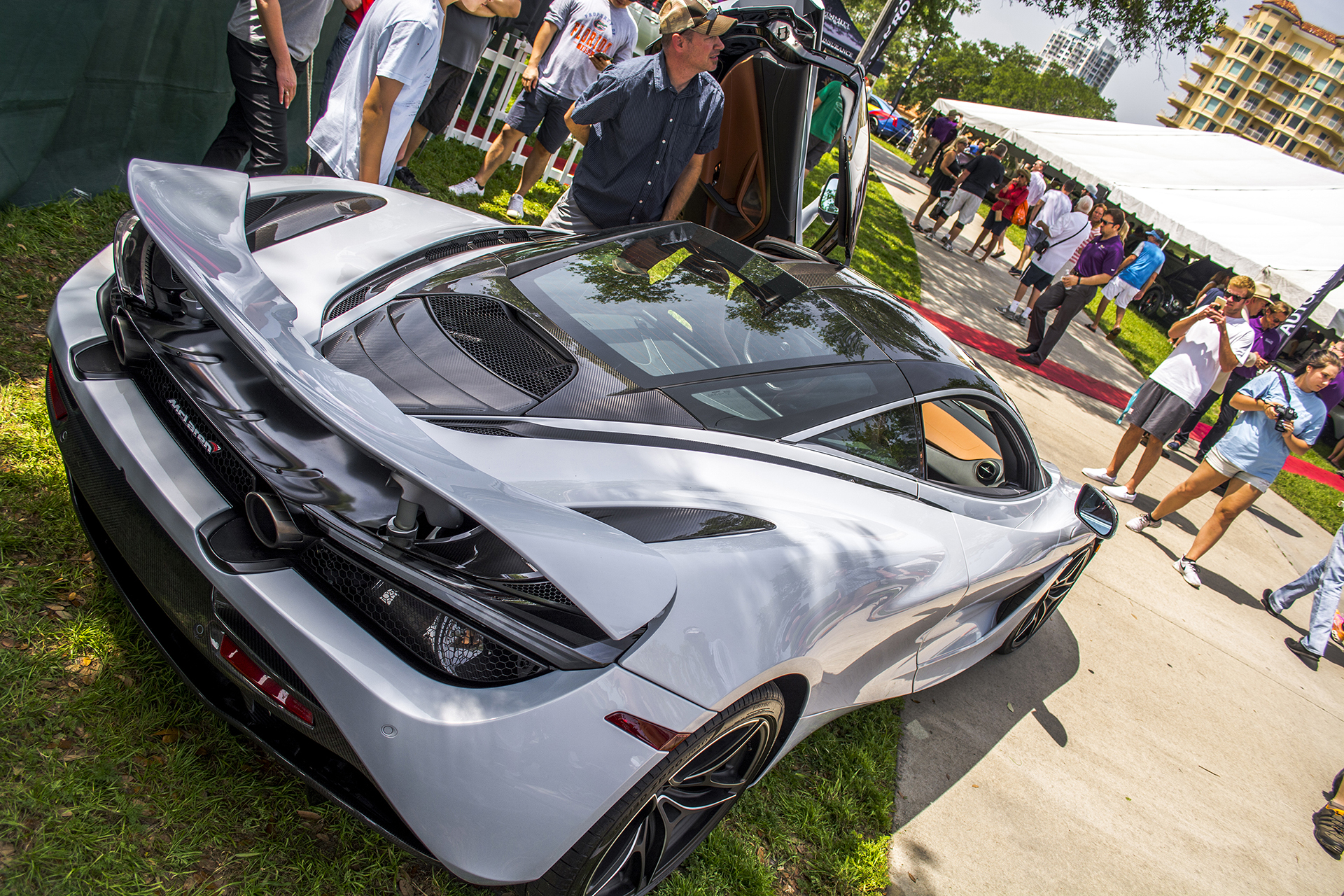 There are all sorts of ducts and air intakes hidden along the channels that run around the cockpit.Gabriel Loewenberg 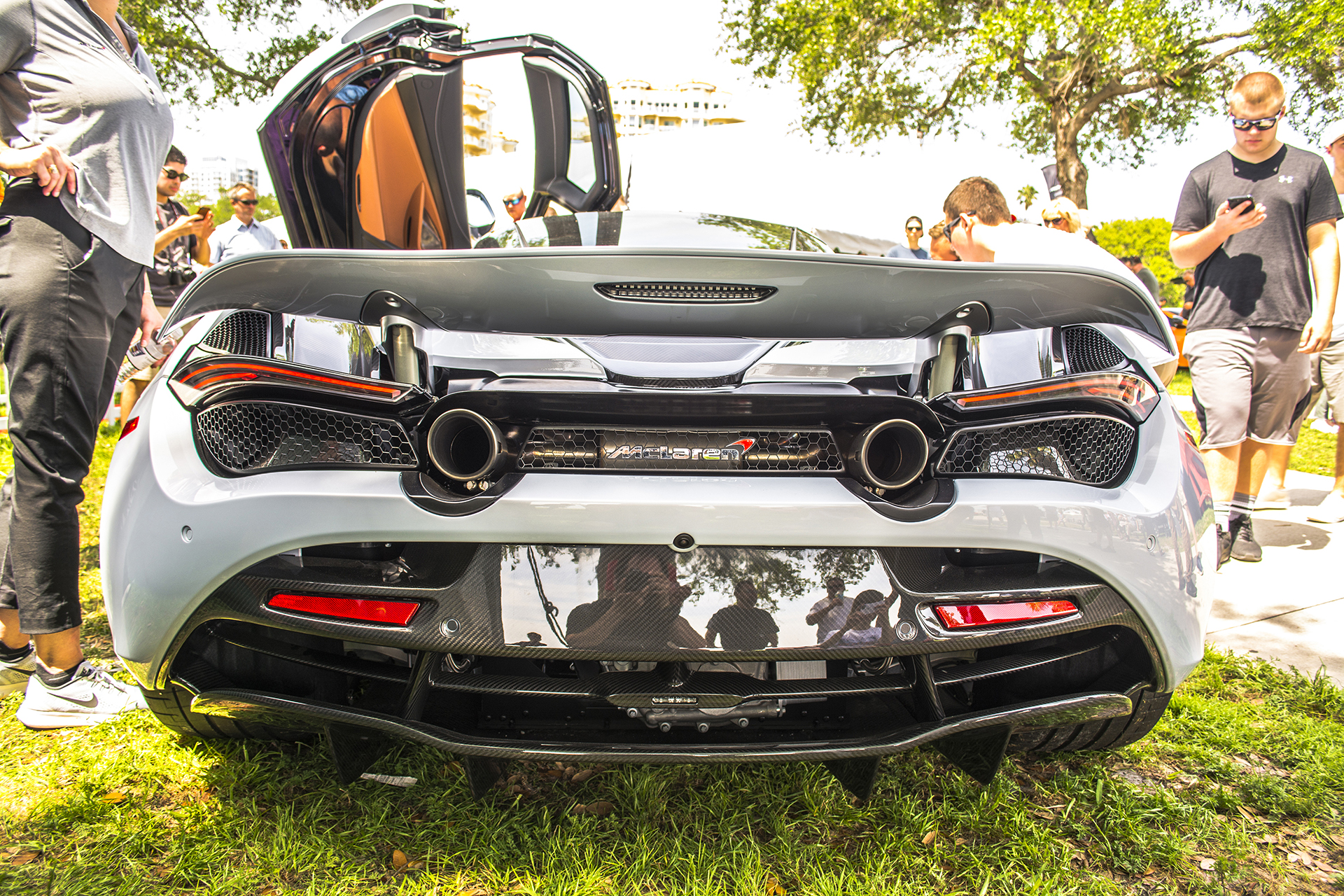 The rear end is the most complex looking part of the car, and for good reason.Gabriel Loewenberg 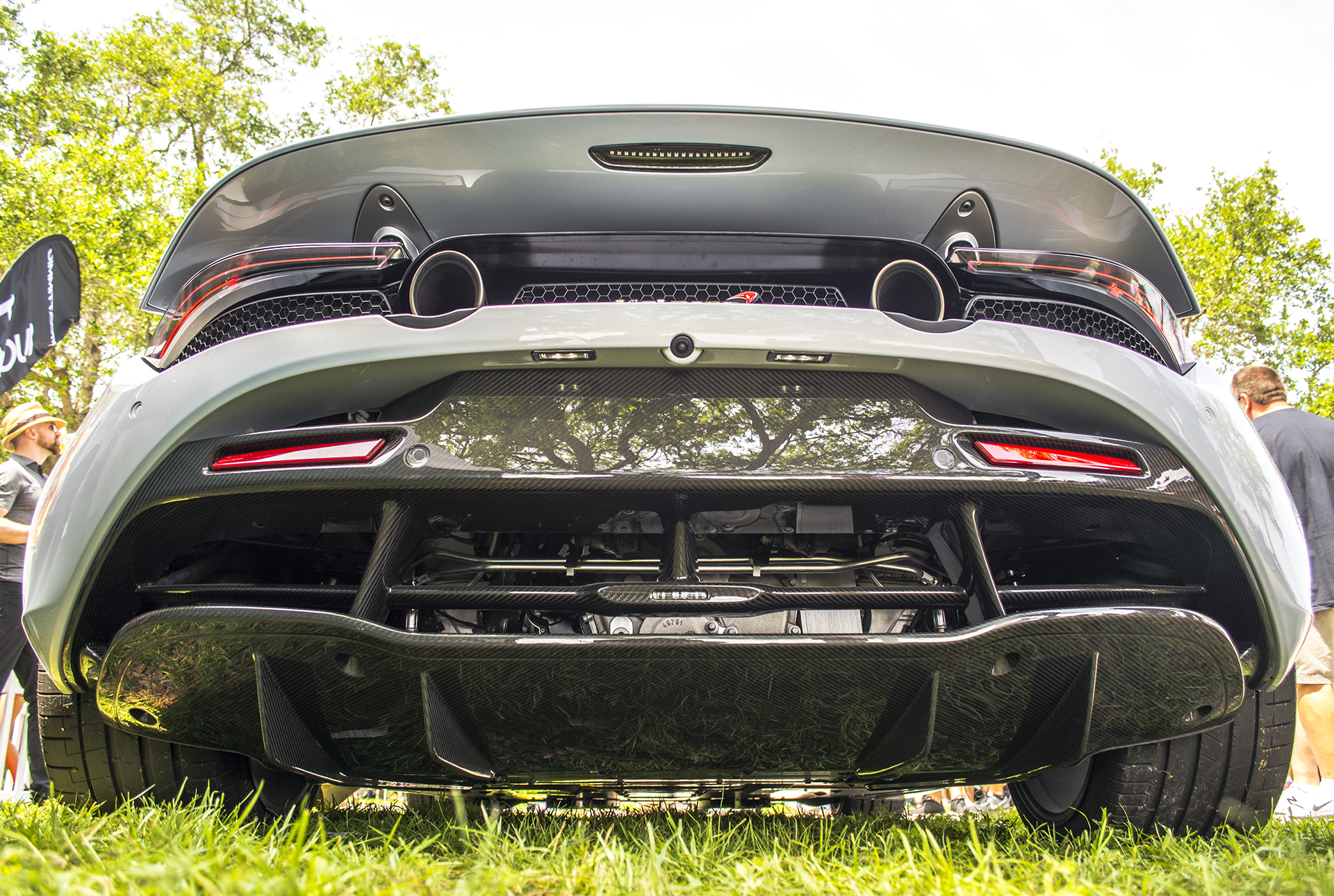 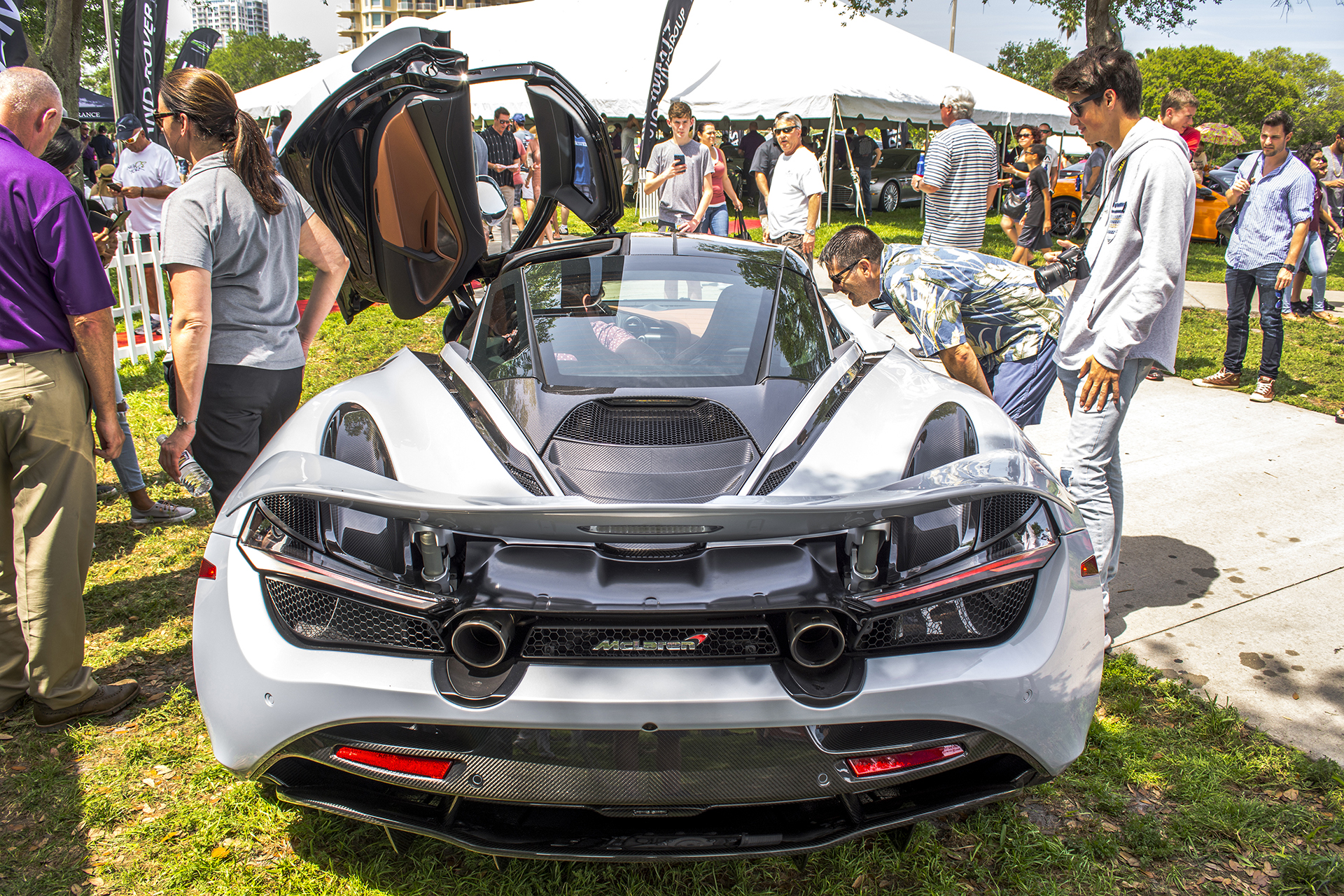 You can see the computational fluid dynamics at work on the rear end.Gabriel Loewenberg 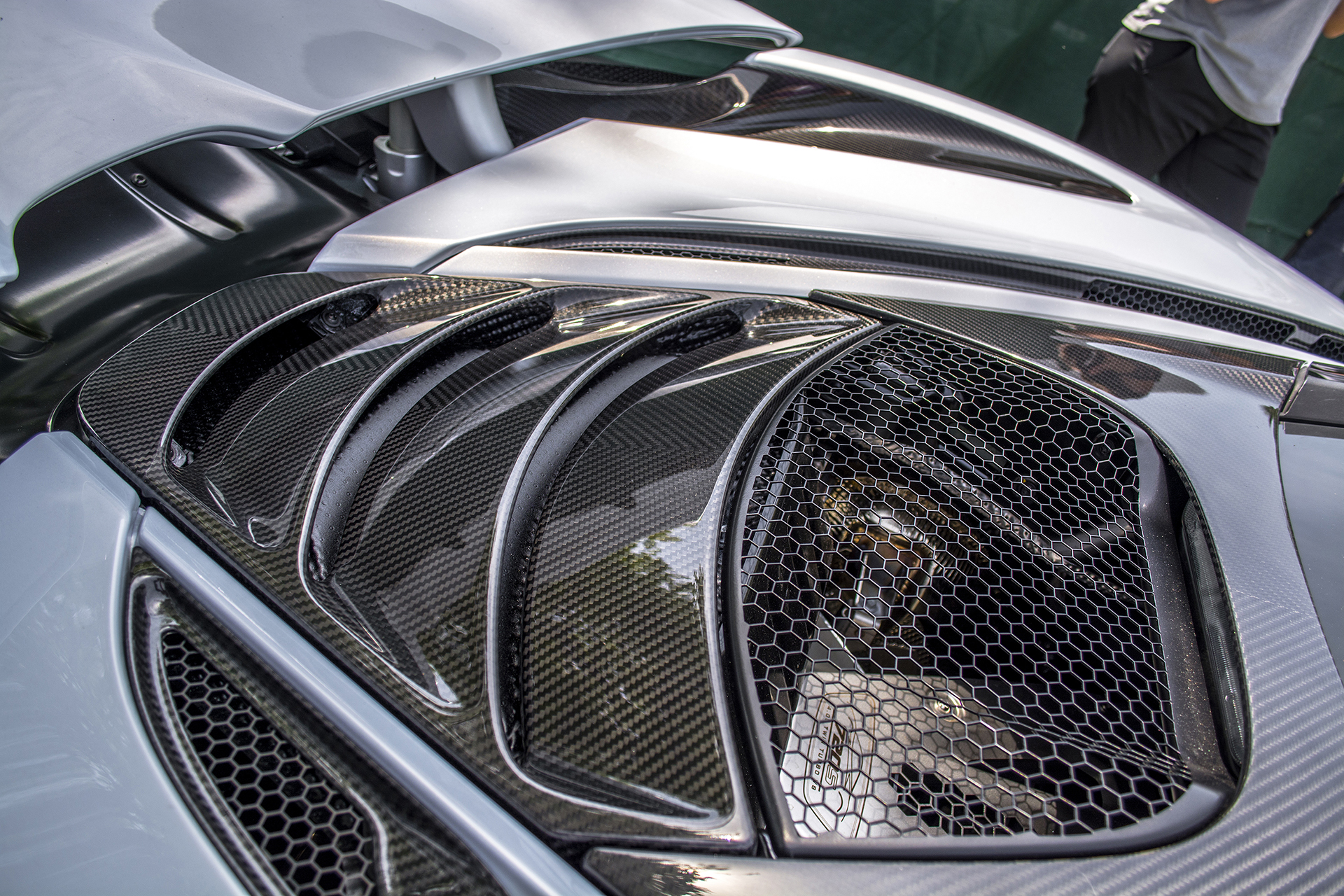 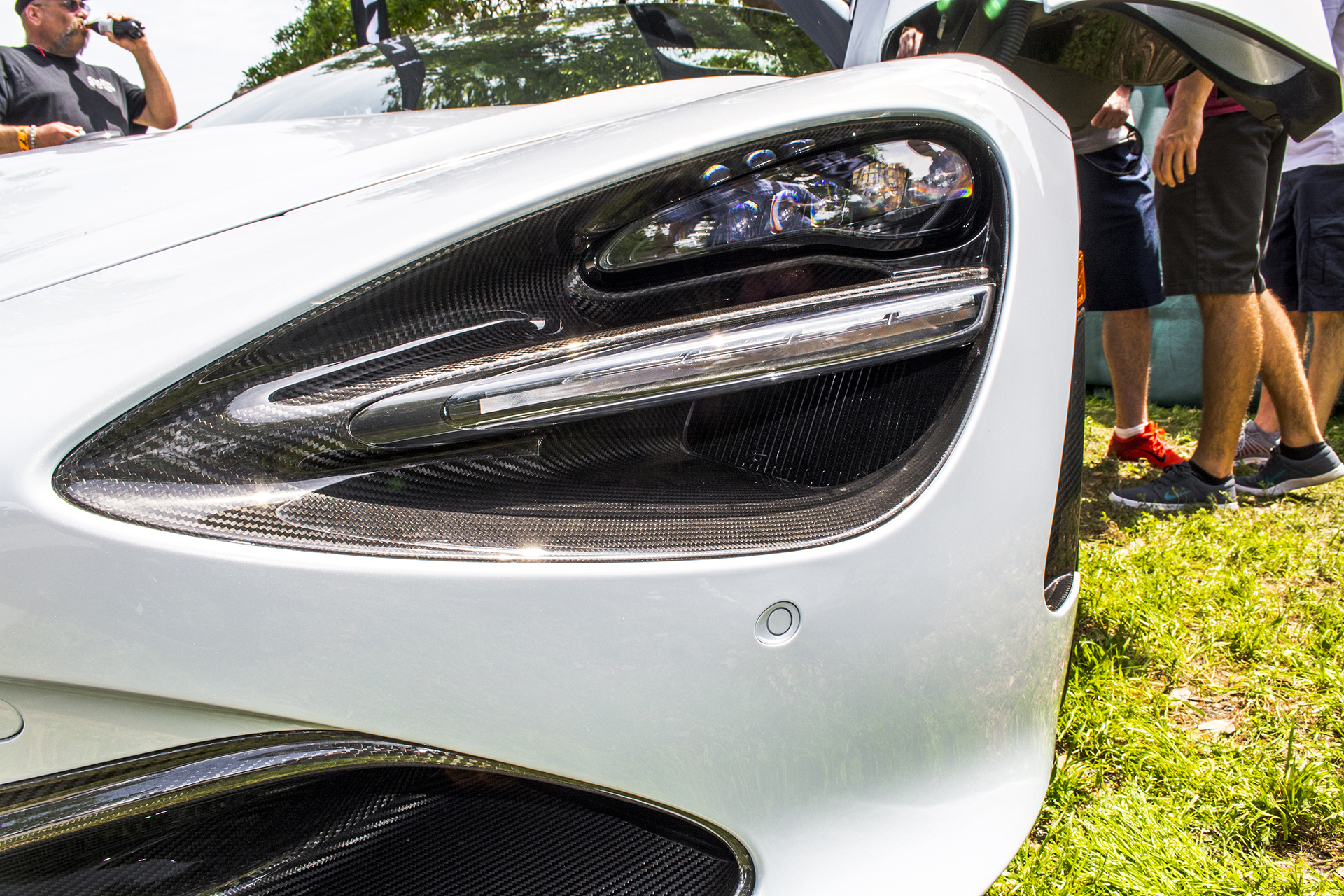 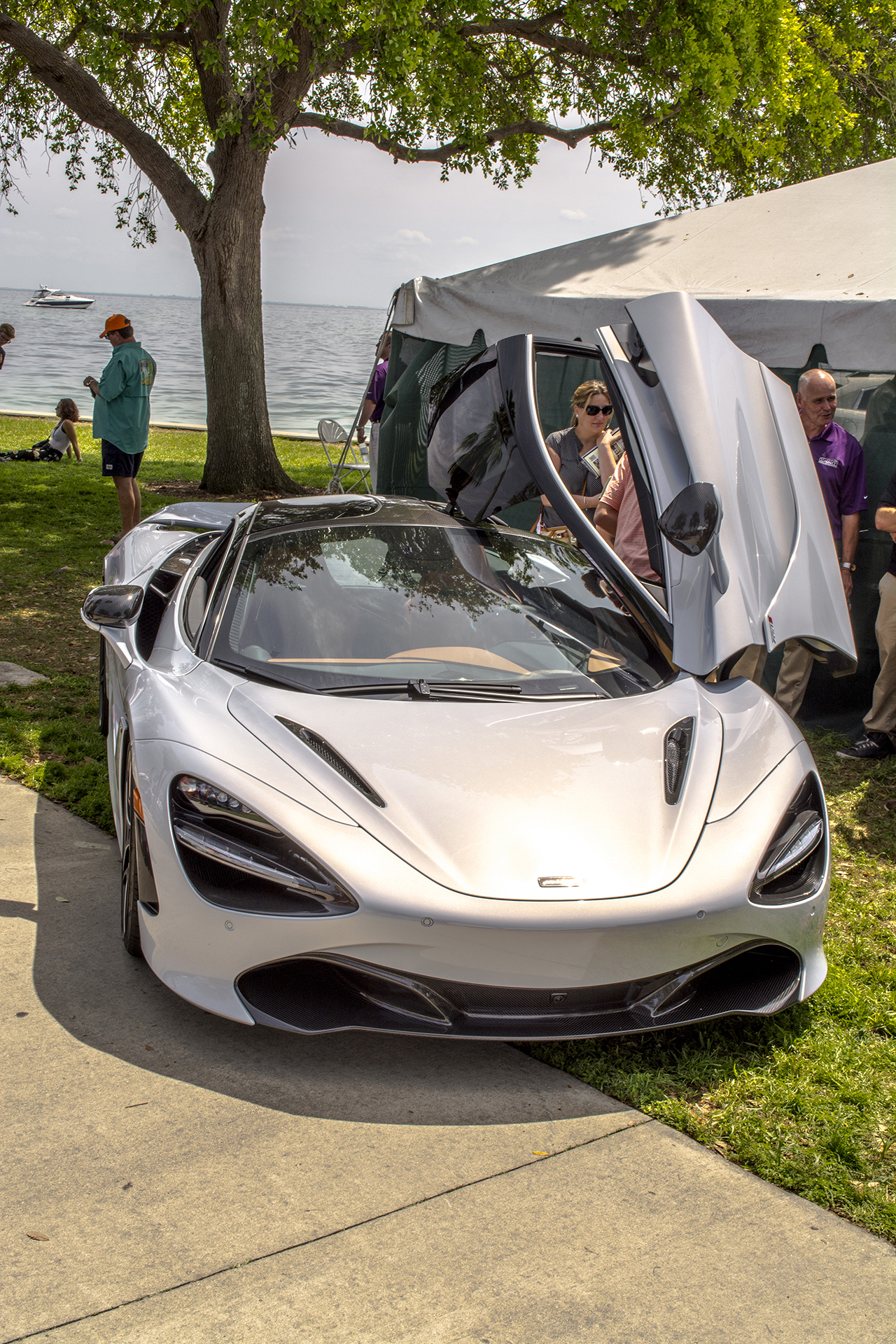 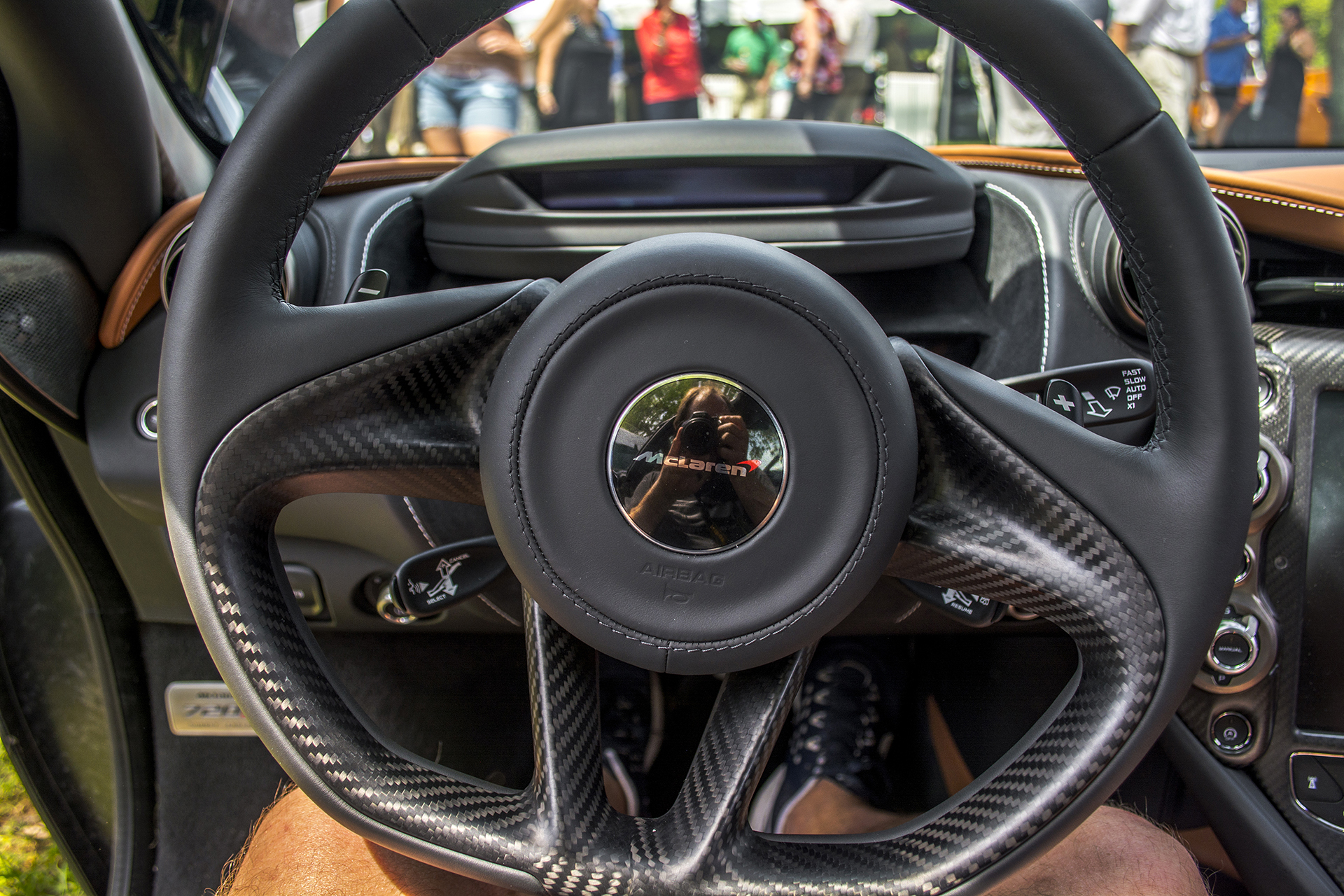 Even at 6'1, I fit in the cockpit very comfortably. Gabriel Loewenberg 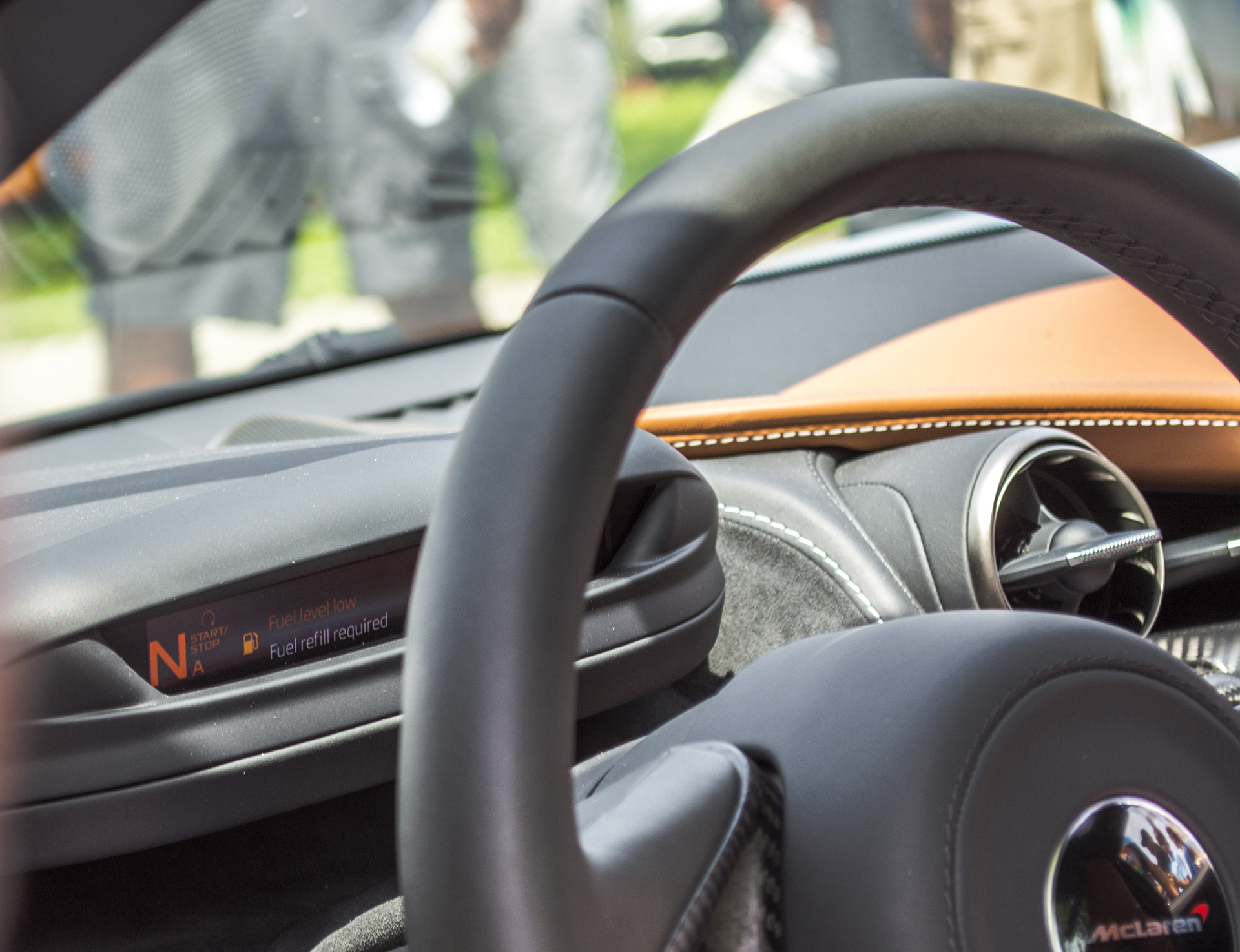 The driving display in it's track mode position where it just gives you basic information as to not distract you. Gabriel Loewenberg 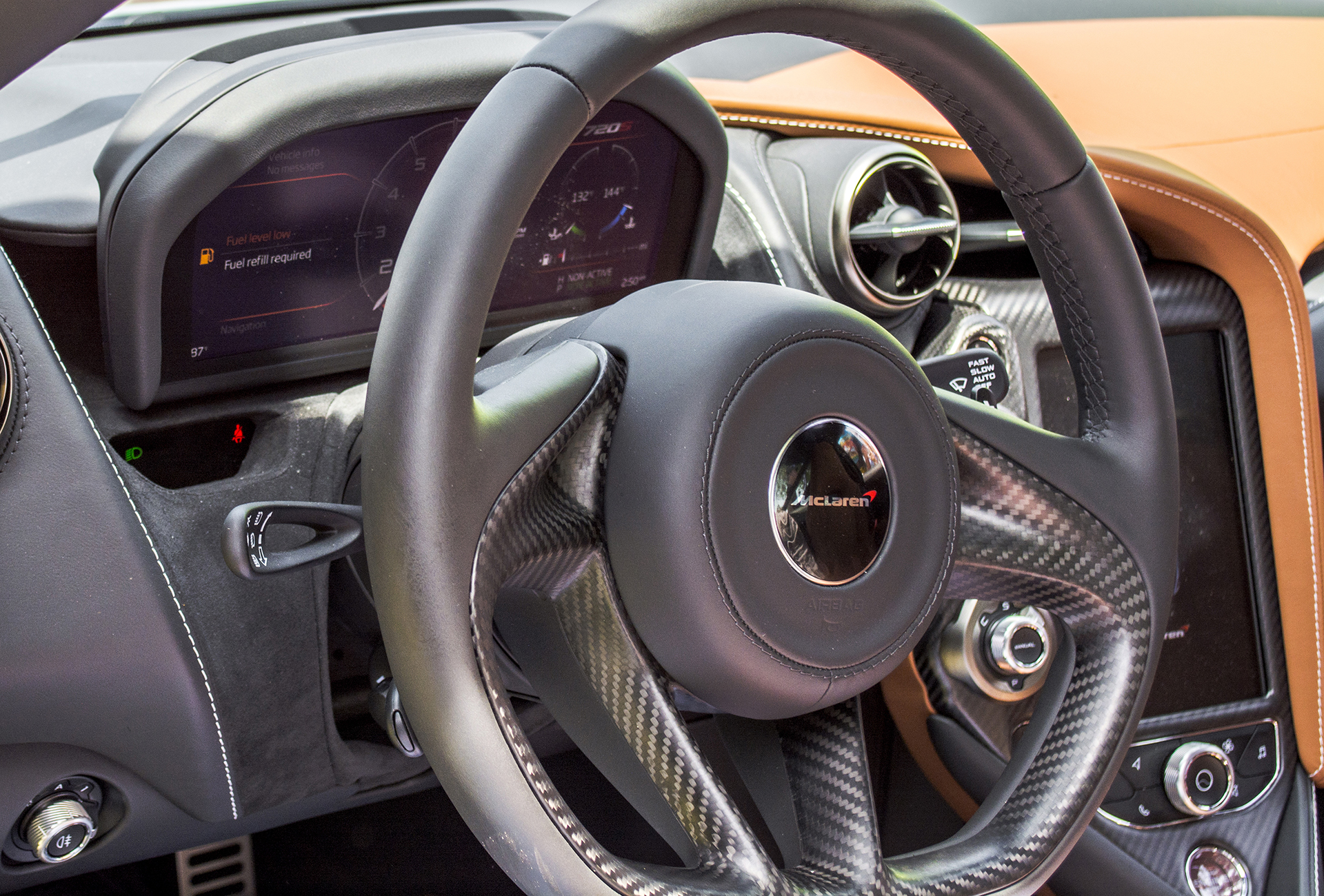 The driving display for normal everyday use, like going to the grocery store.Gabriel Loewenberg
MORE TO READ