70-year-old Mohammad Mohiedine Anis returned to find most of his 30 classics destroyed or badly damaged.

The daily barrage of terrible news coming out of Syria has sadly faded from the headlines as the war drags into its sixth year, with most of the country already in ruins. But there are still stories that need to be told—like that of 70-year-old Mohammad Mohiedine Anis, a classic car collector from Aleppo who had managed to stockpile thirty pieces of vintage American iron and steel before the war broke out. After being forced from the city late last year, he recently returned to find he'd lost more than just his home—ten cars were totally destroyed, and the rest badly damaged from the intense urban combat.

Interviewed by AFP, Anis speaks with an enthusiast's passion that transcends language and culture. Pointing to a 1955 Buick Super, its front end bashed in by flying chunks of concrete, he remarked, "Look, she is crying. She's wounded and calling out for my help." Now that the fighting has ceased in his area, that's exactly what he intends to do: fix them all up. 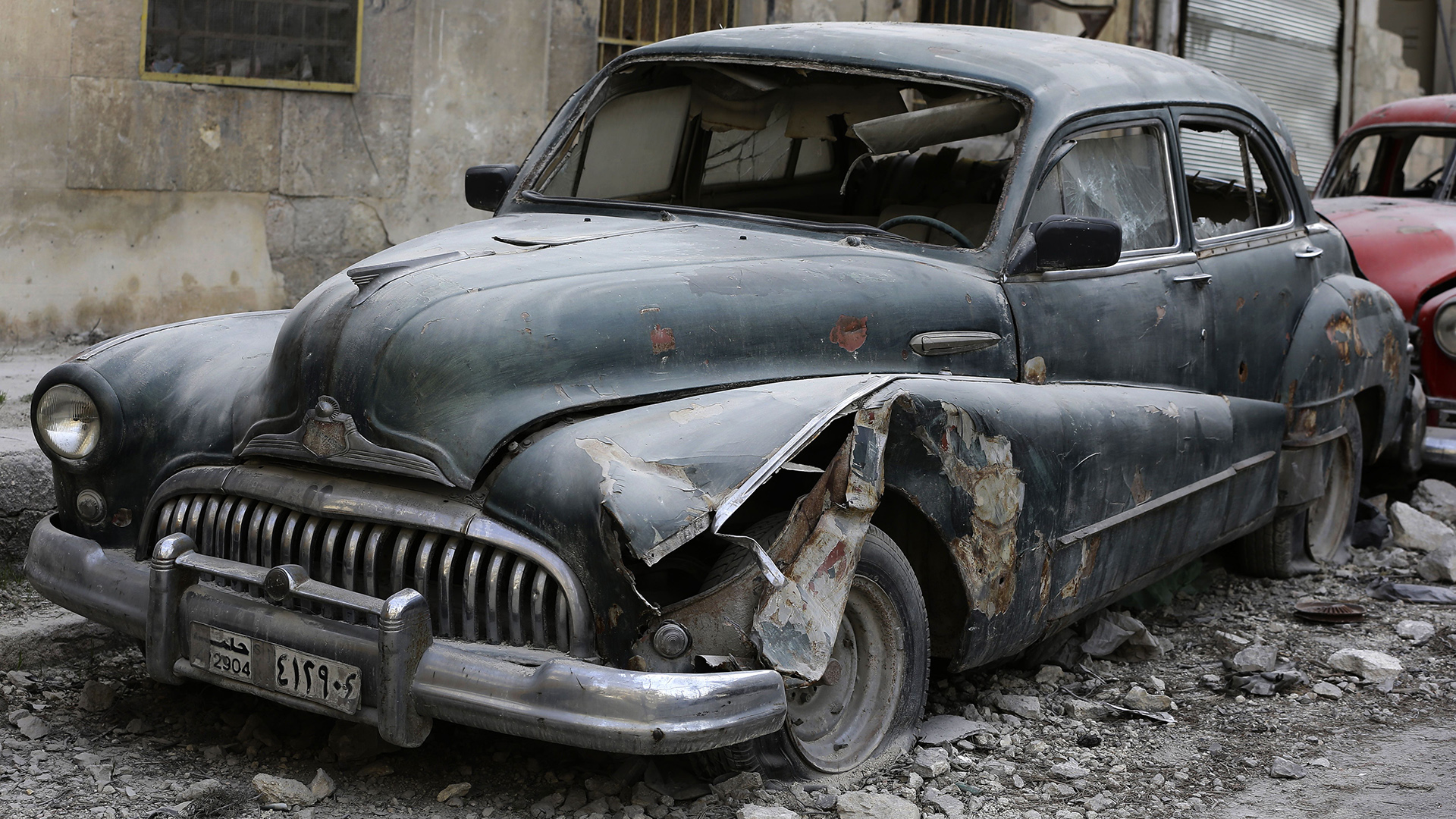 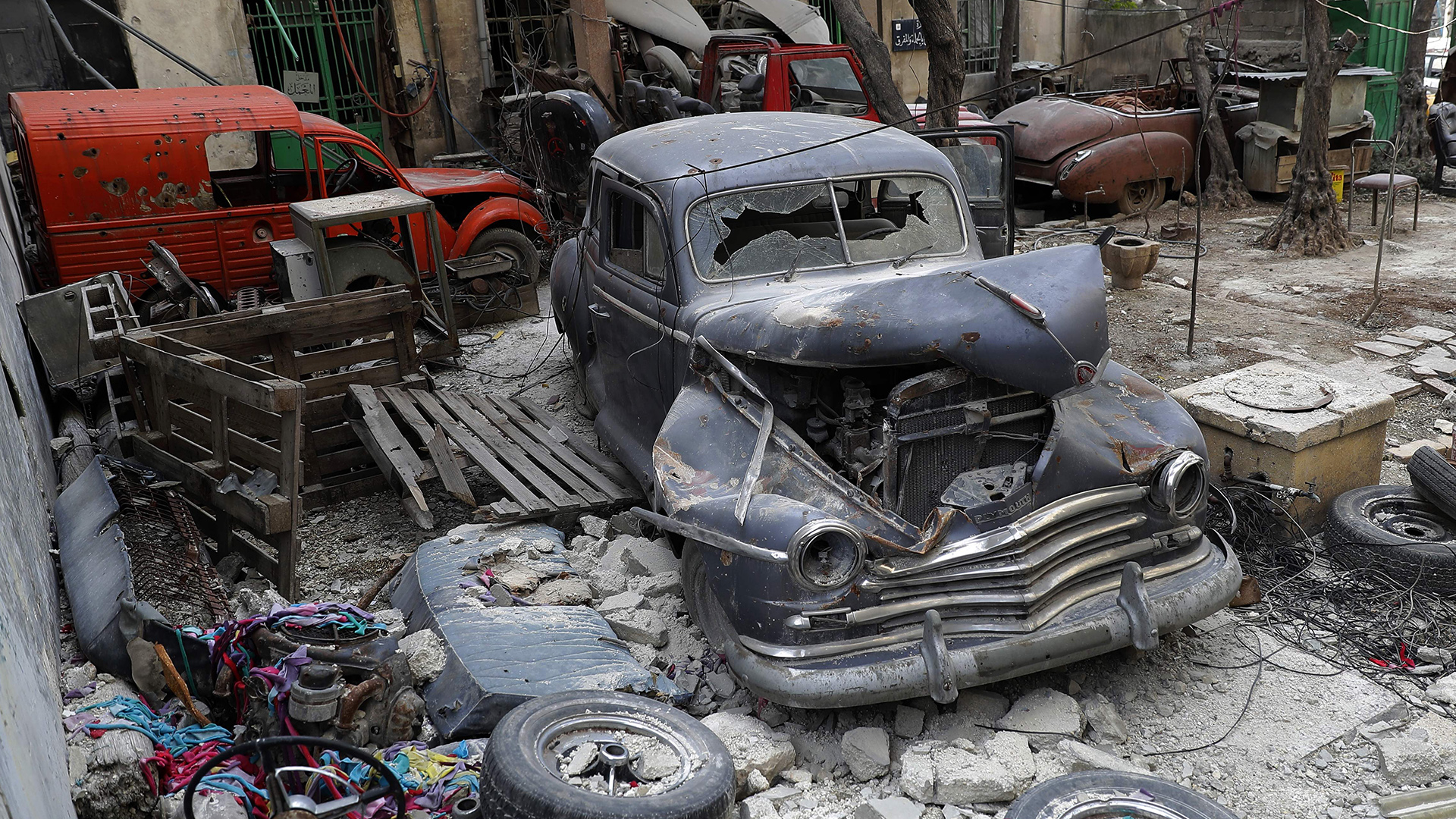 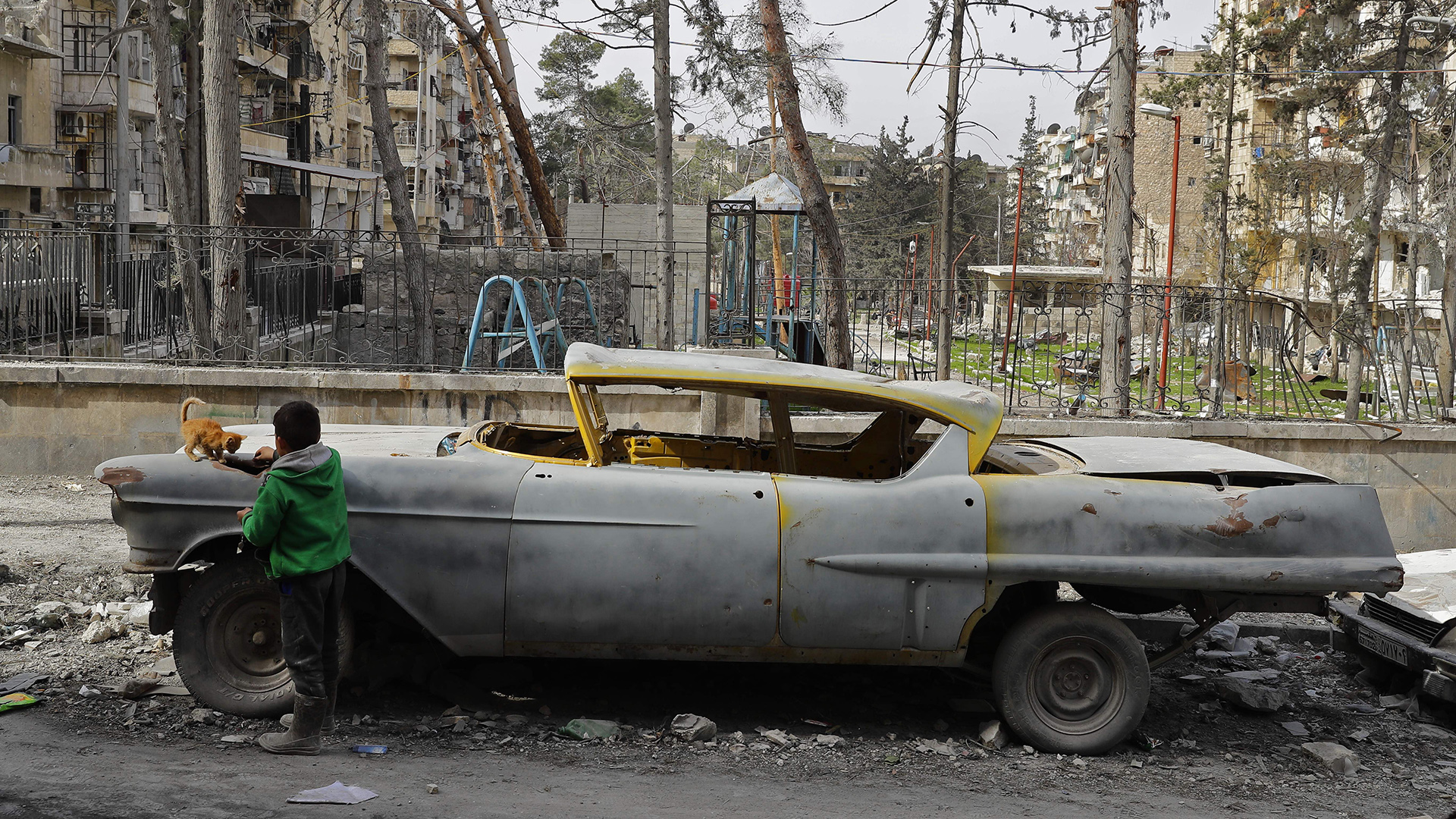 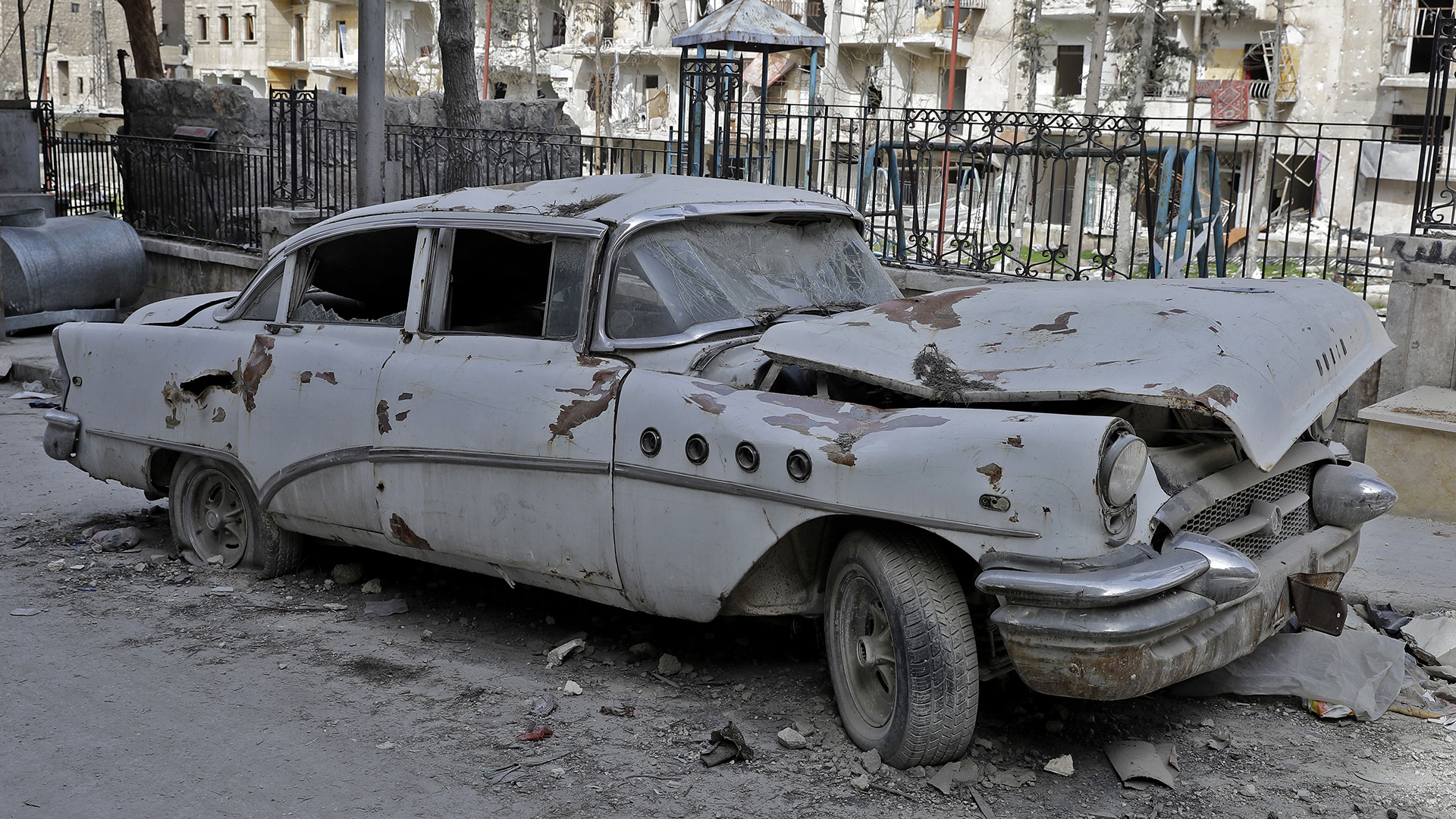 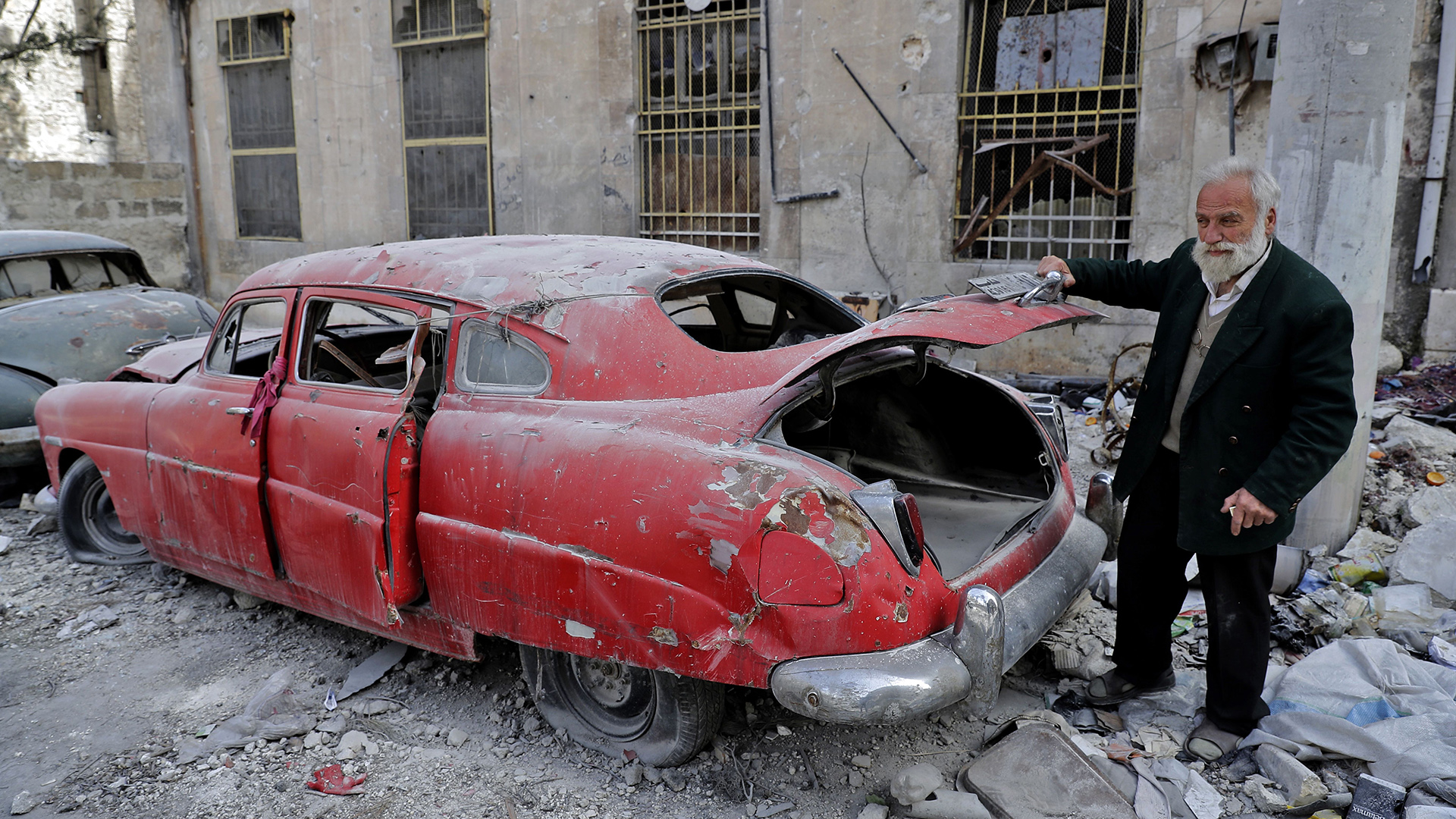 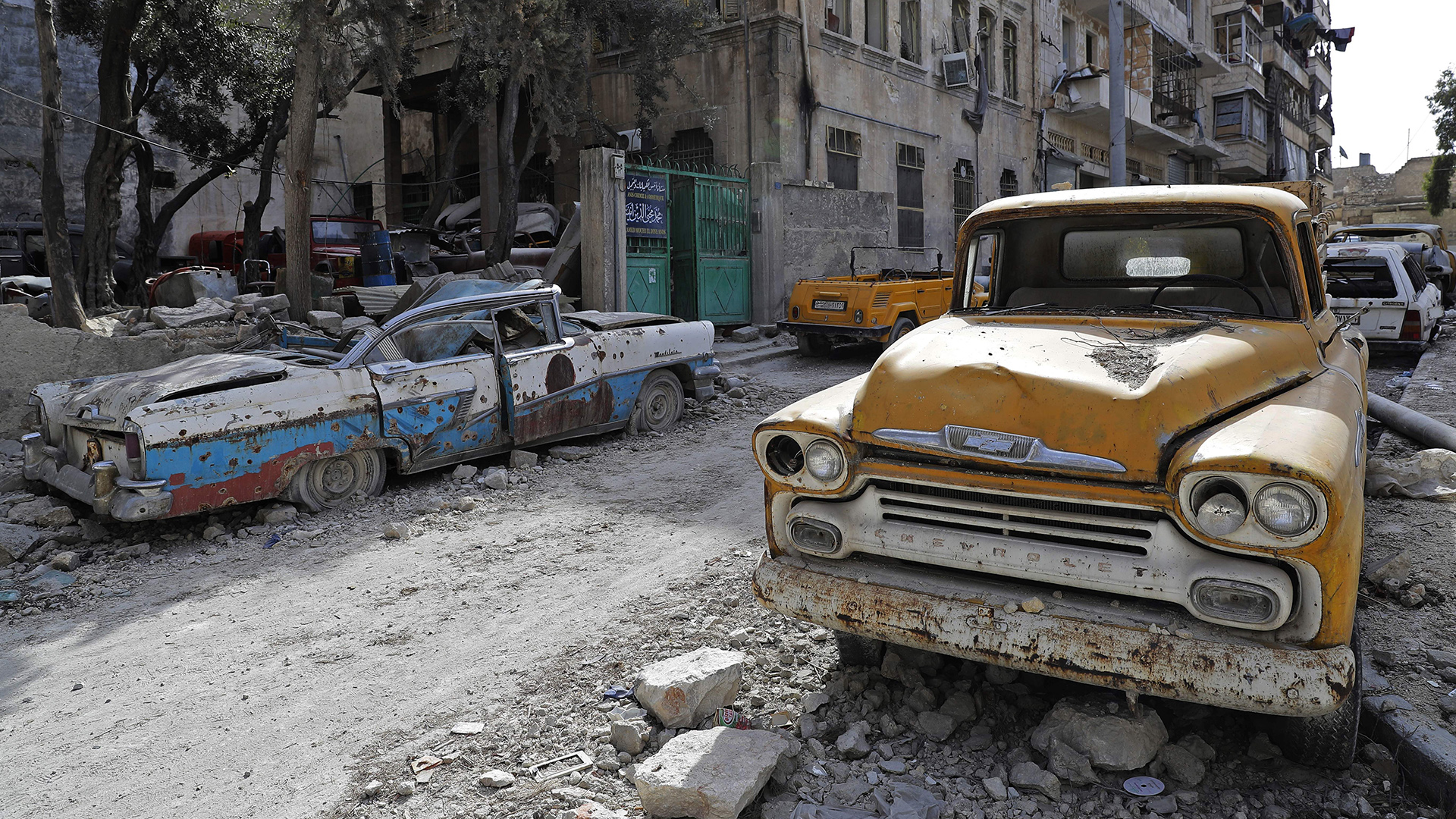 Anis's backstory plays a bit like the "Most Interesting Man in the World," Syrian edition. He spent time in Europe in the 1970s as a medical student, eventually moving to Italy to translate a Fiat manual into Arabic. He then started a cosmetics company in Syria, pouring his time and resources into building his collection, starting with a 1950 Pontiac first owned by his father.

"I love cars because they are like women—beautiful and strong," he said.

Buick, Chevy, Mercury, Hudson—Anis loves anything '50s and American (though a few Europeans have snuck in), but he has special love for Cadillacs, with three of them in his stable including a 1947 convertible that has driven at least six presidents. "Every collection should have a Cadillac. If a collector doesn't have one, it's like a collection without a head," he declared.

But as evidenced by the pictures, his street-parked collection has been brutalized by the war. Roofs and hoods smashed, broken windows, missing wheels, bullet holes and every other manner of battle scar. In fact, his 1958 Chevrolet was almost drafted into service when rebels tried mounting an anti-aircraft gun on top while he was gone. Thankfully, his neighbors were able to convince them to stop.

Still, Anis has lost a third of his collection entirely, and another seven cars have been impounded by the police. That leaves just thirteen, but you won't catch Anis complaining. He claims he'll start fixing the cars before repairing his home, and he'll even buy more—all so he can pass them on to his children.

"I have had a very happy past but things have changed. Now life is hard, but we mustn't lose hope," he told AFP.