Hyundai is one of the few with big investments in fuel cell technology. Whereas most manufacturers' strategies include plug-in hybrids and pure EVs, Hyundai sees potential in hydrogen. Their Tucson Fuel Cell has been their CNG showcase so far, attaining 348 miles in range while retaining the practicality of the high-volume crossover. Now, they've unveiled what looks to be a step towards their next move with the FE Fuel Cell concept. 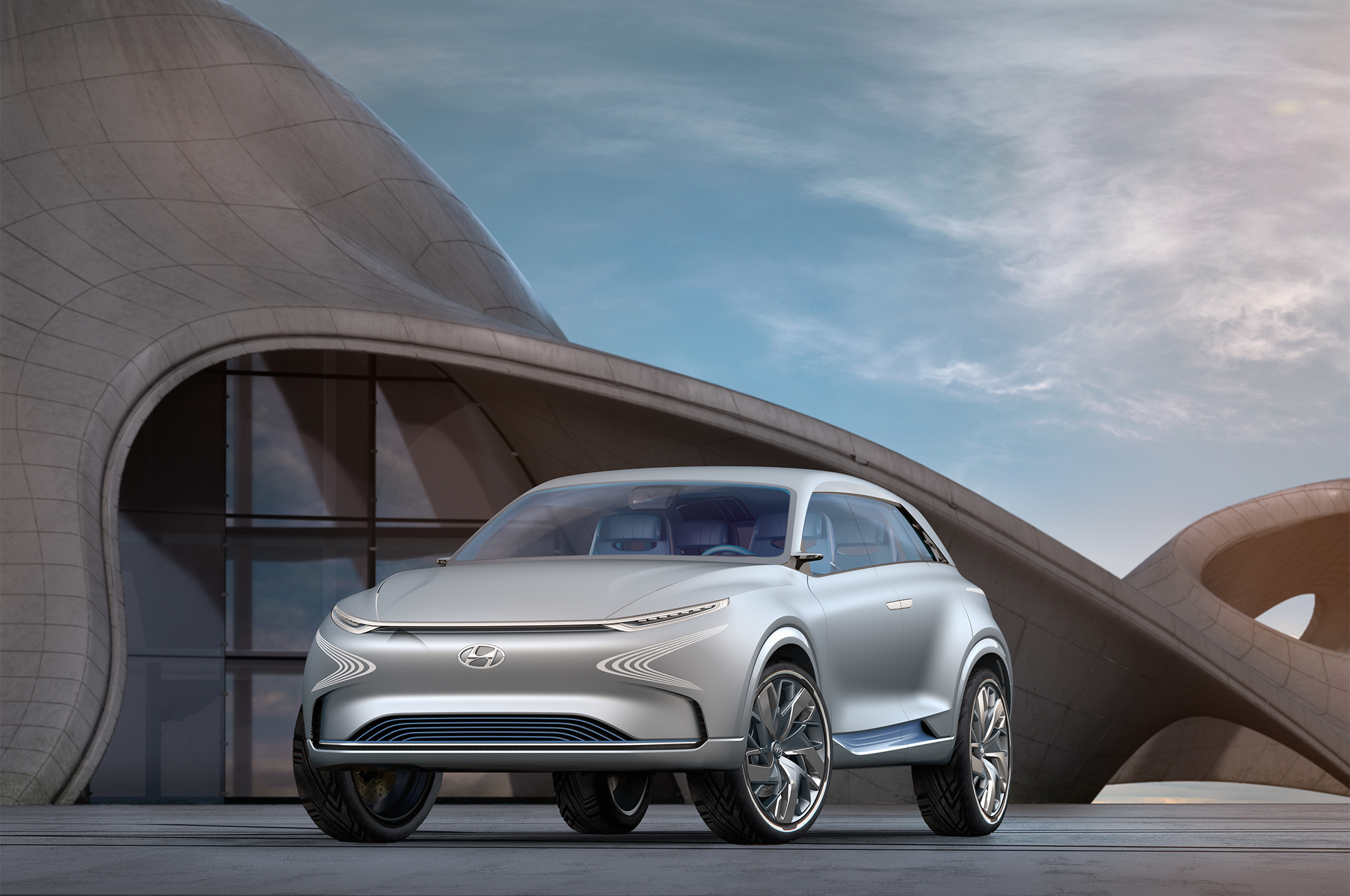 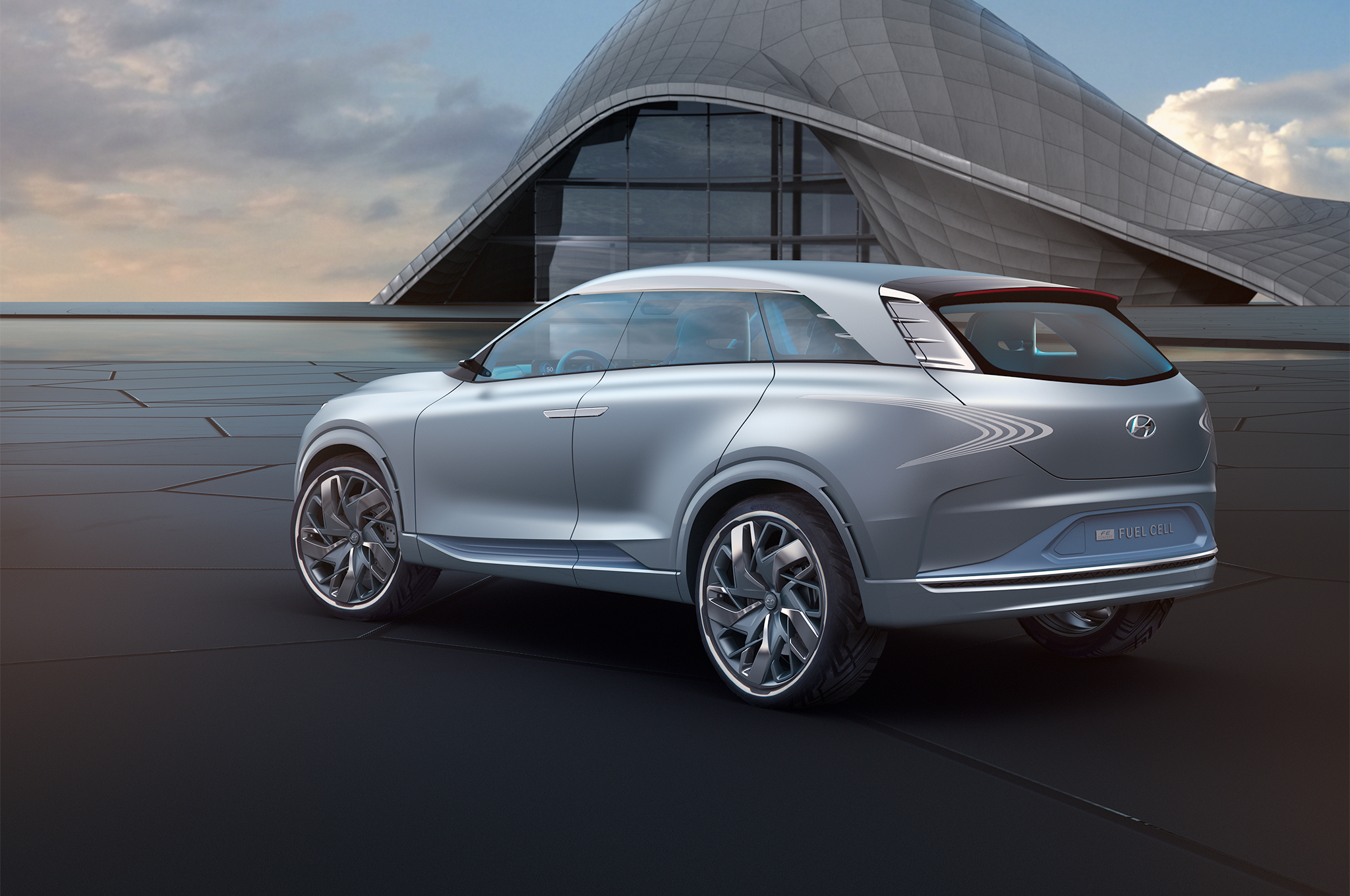 Design reveals that this is purely a concept -- for now. Smoothed lines and hidden details prove this to be more future than reality, and that's okay; we've come to expect it. It may eventually be the Tucson Fuel Cell's replacement, albeit with a few down-to-earth tweaks. What we do pick up from the car's exterior, though, is its size. 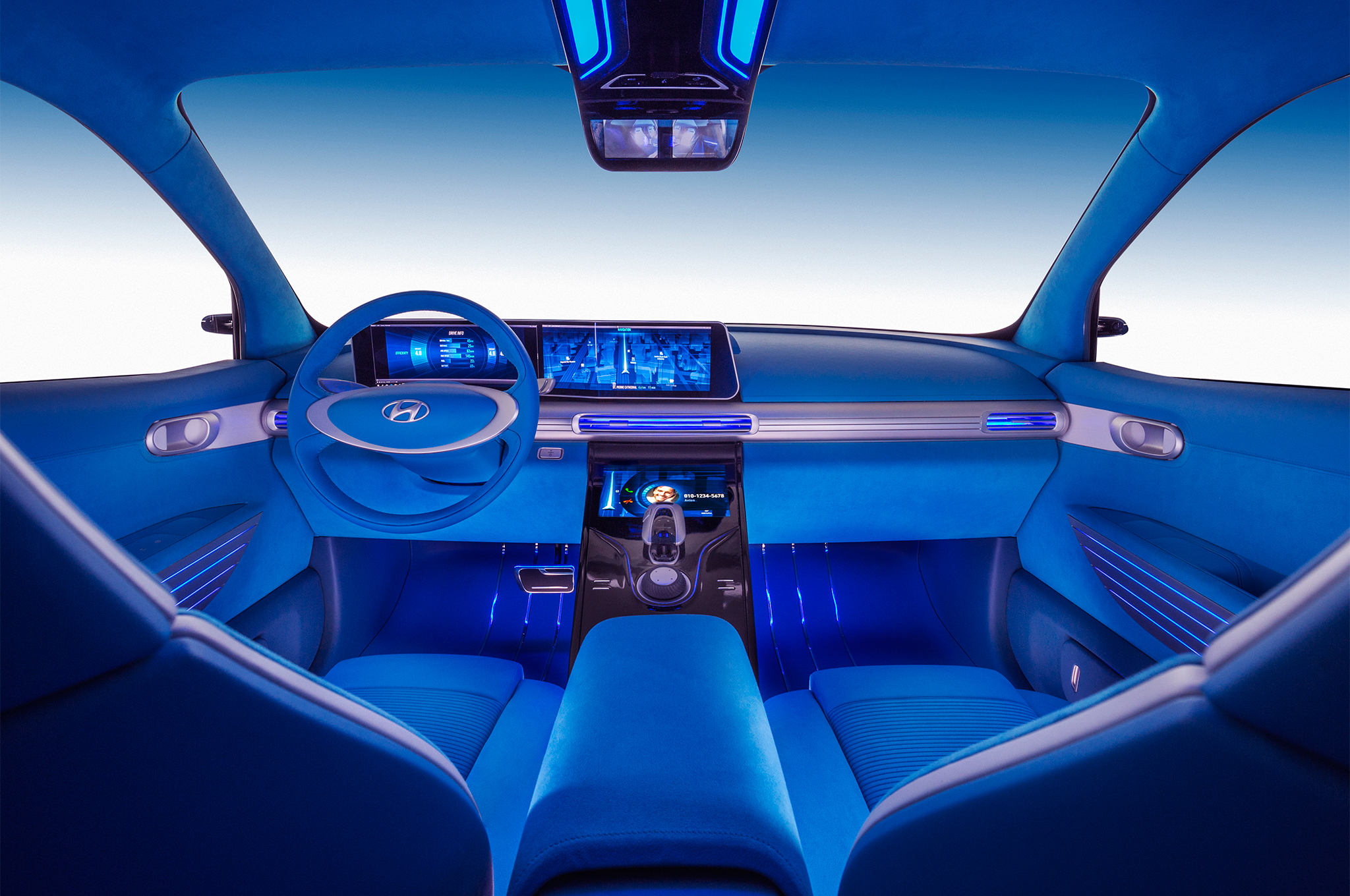 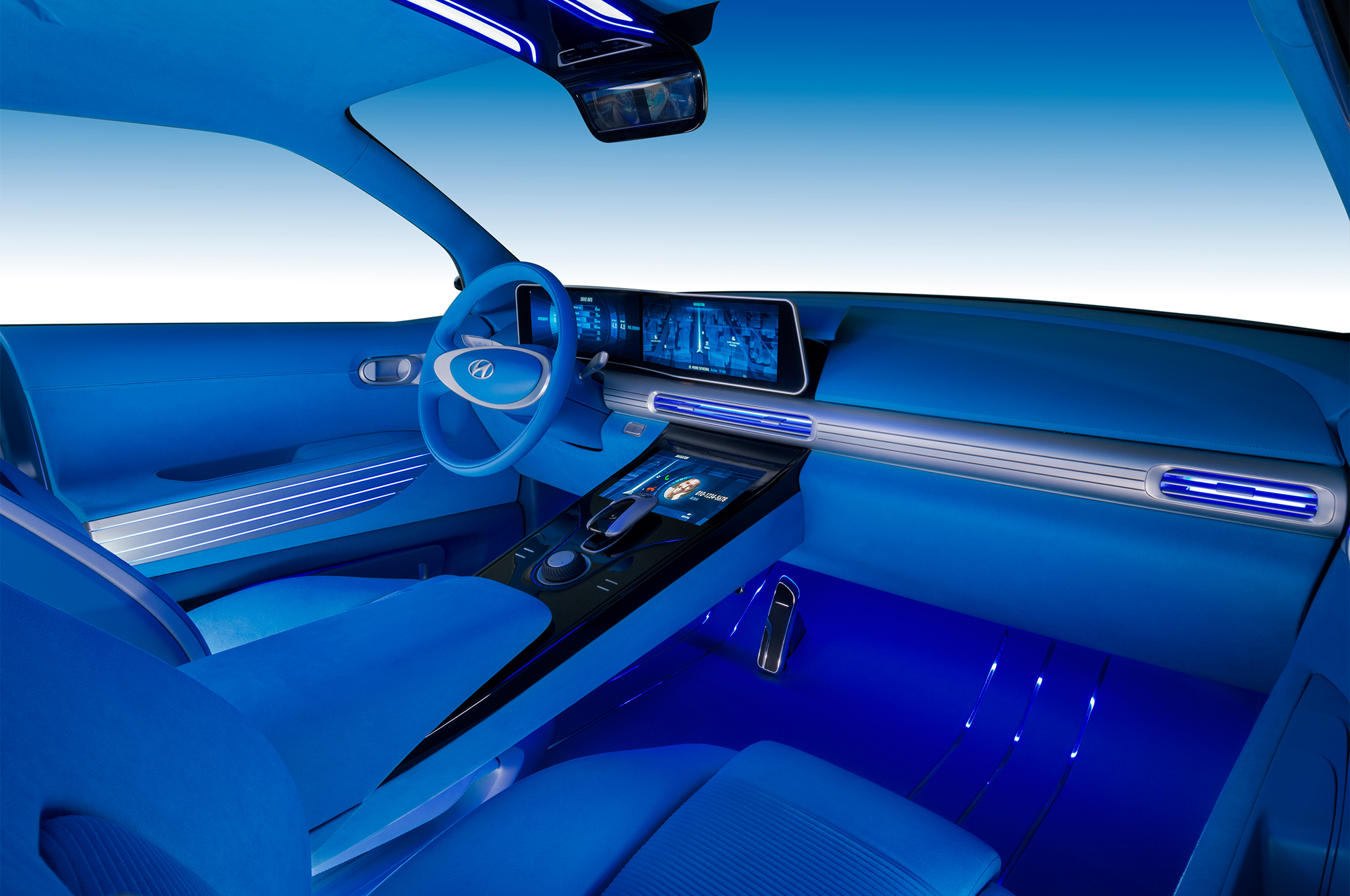 Hyundai sees the future of fuel cell vehicles differently. Honda and Toyota's hydrogen cars are both sedans, leaving a lot to be desired in terms of space and utility. Hyundai looks to stray away from that tradition with the FE, or "Future Eco" Concept. By allowing for exceptional interior capacity and ground clearance, they believe this is the real desirable for buyers of tomorrow.

Most impressive is the FE's range. We've become used to the standard 350 or so mile norm, but with this concept, Hyundai says they've achieved almost 500 miles per tank. That would be a huge number even for gasoline vehicles, let alone a hydrogen powered unit. This could push the popularity of fuel cell vehicles much further than before, displaying a total range in great excess of electric cars.

The new powerplant is greatly improved over the current generation. Hyundai claims that it has 30 percent more power density than before, 20 percent lighter, and 10 percent more efficient. That's a substantial improvement over the Tucson, and the manufacturer has whole intent of utilizing it in the future.

Hyundai didn't release many specifics on release dates or pricing. Expect it to cost upwards of $50,000 and show up within the next several years. It probably won't look anything like this, but if it performs the way the concept does, we'll be happy.