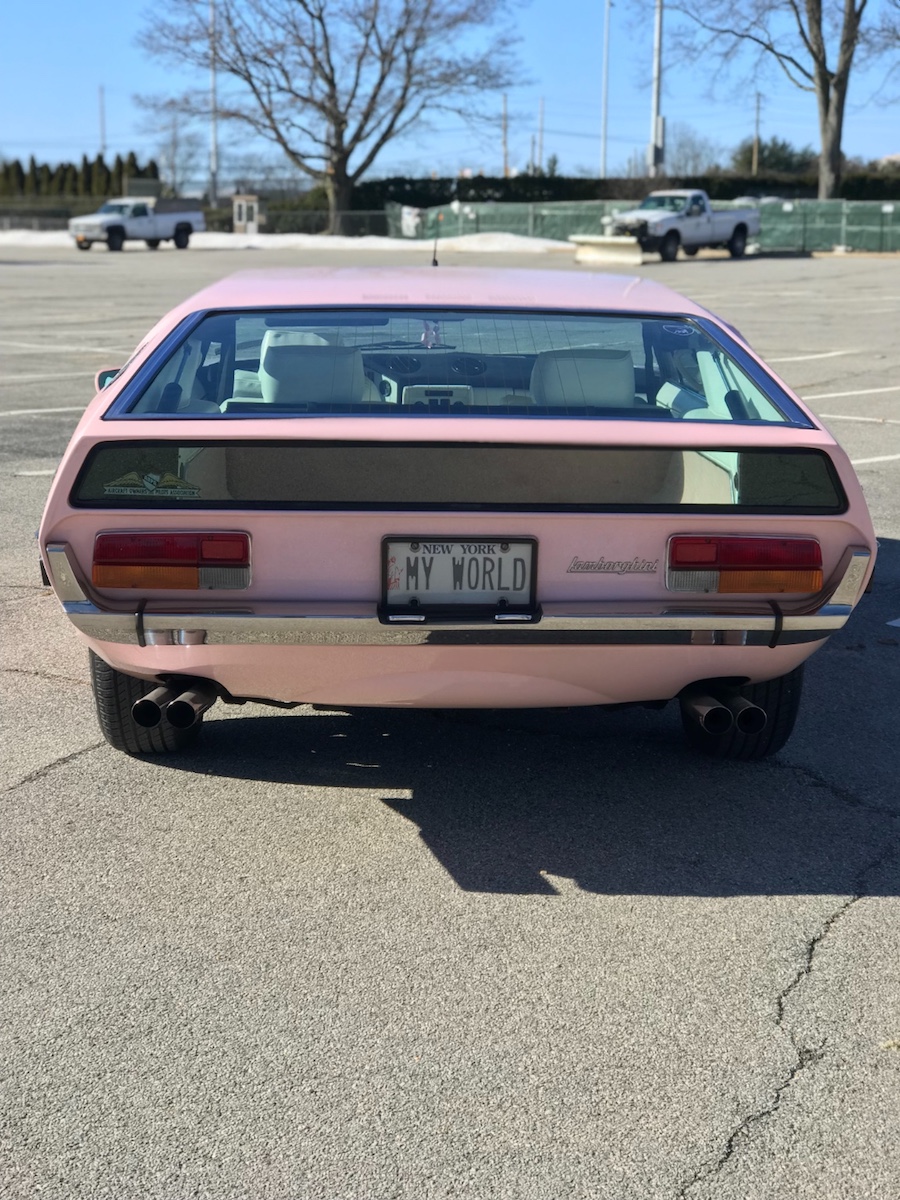 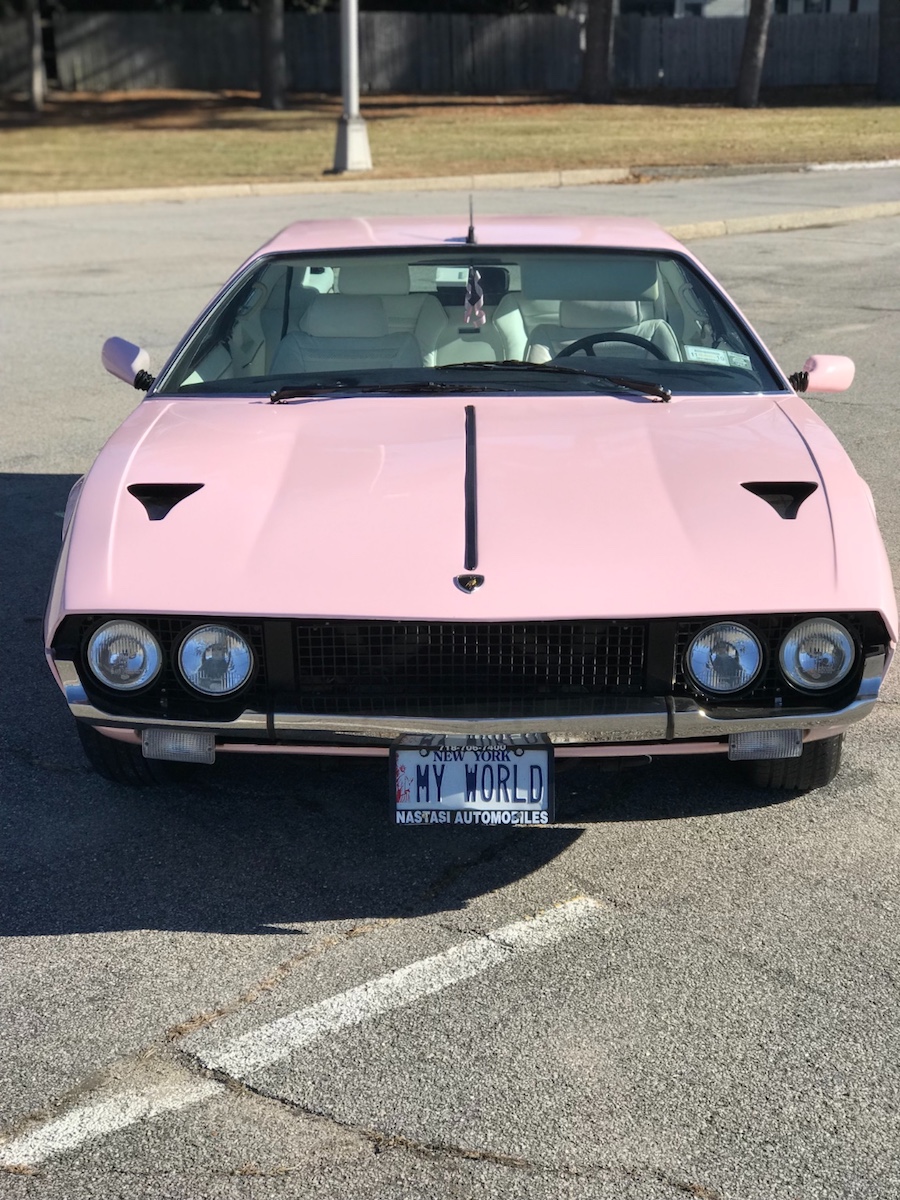 The Espada itself is a 1974 Series III, complete with a 3.9-liter V-12 and a five-speed manual transmission. It wears 15-inch Campagnolo wheels and the interior has been upgraded with white Connolly leather and pink wool carpeting. The odometer stopped working at 98,832 miles, but actual mileage is estimated to be 110,000 today. All of the Espada's original manuals and restoration photos are included with the purchase. 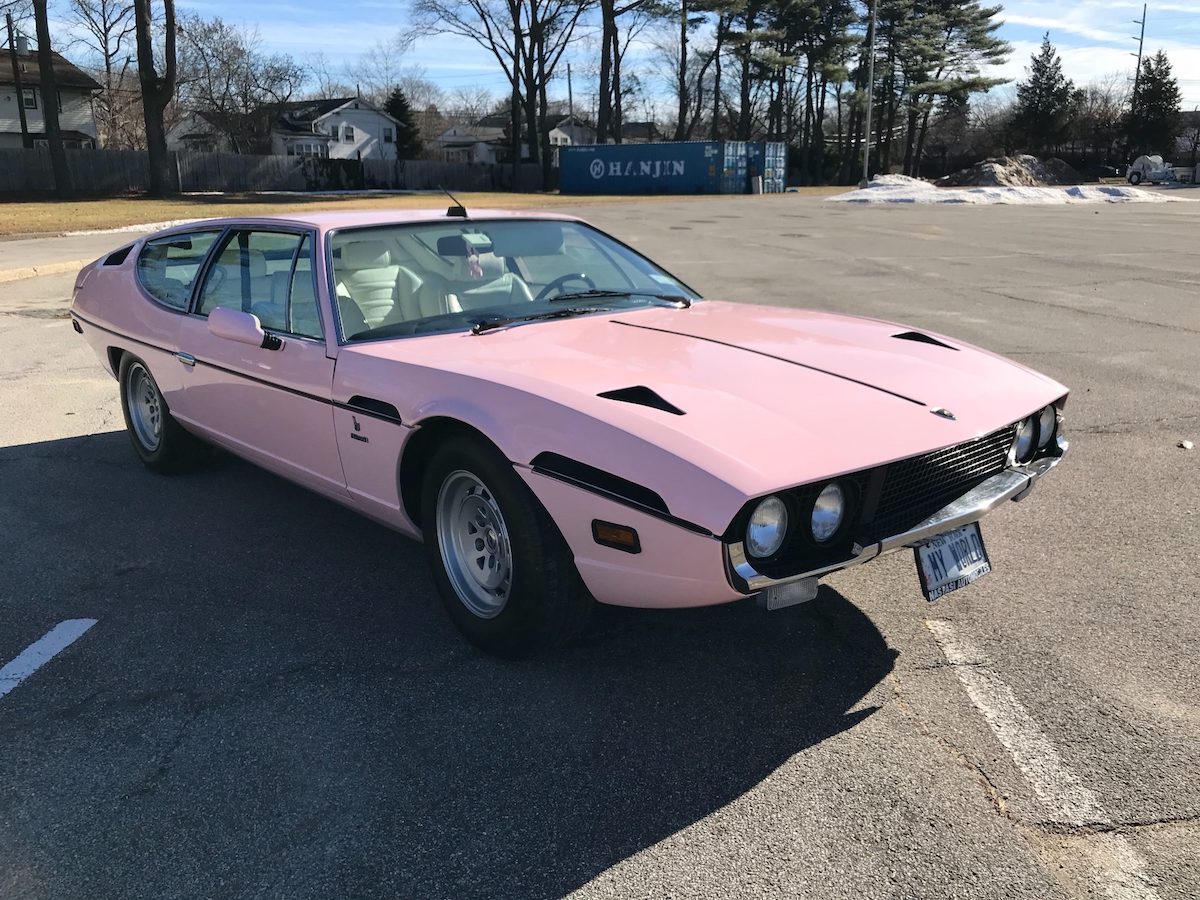 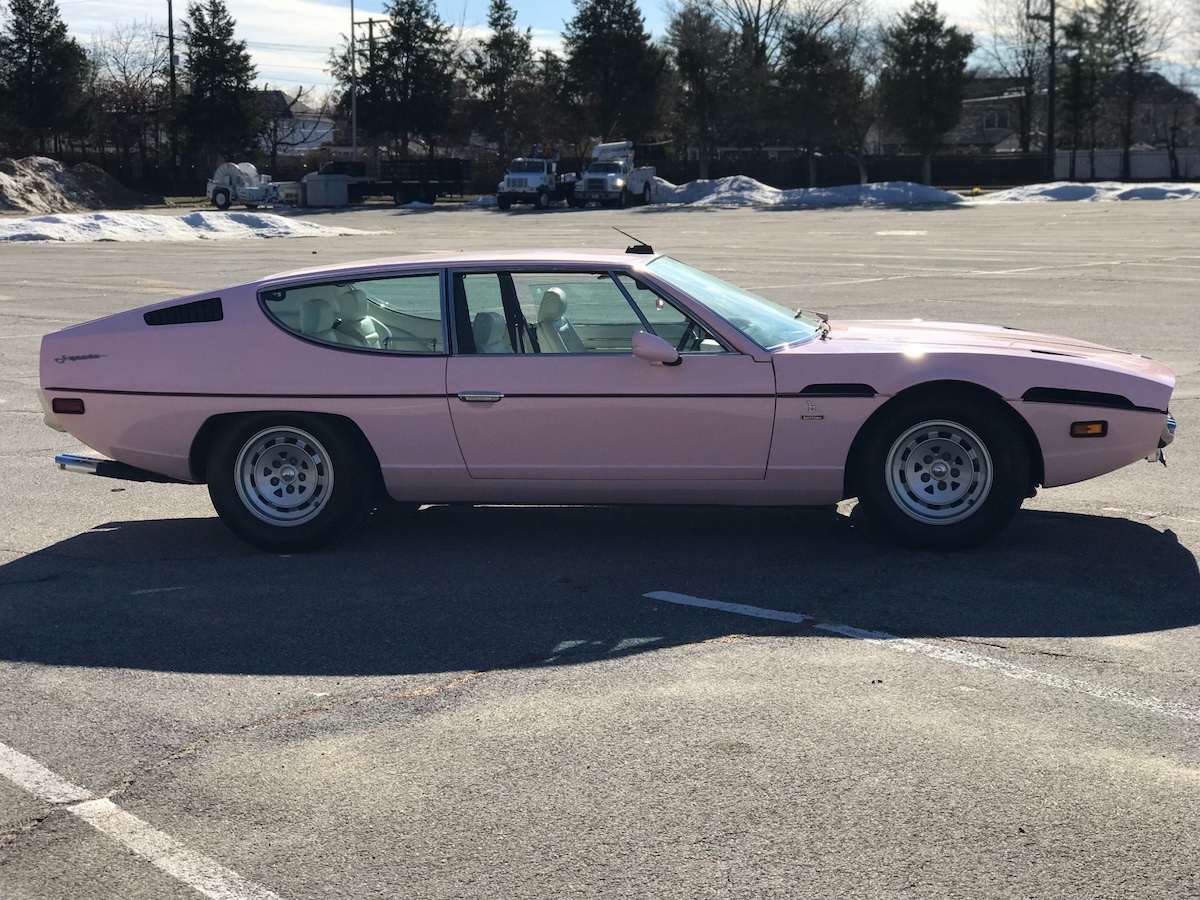 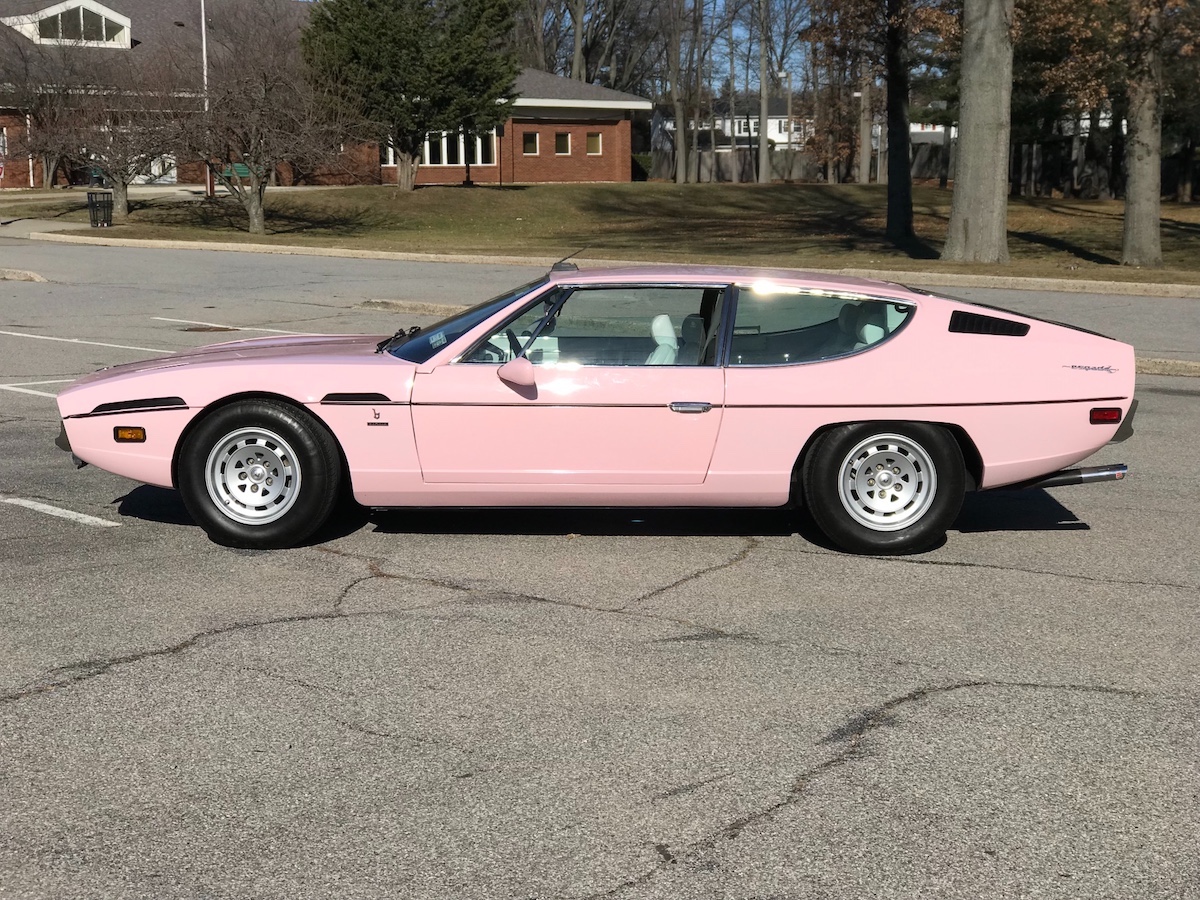 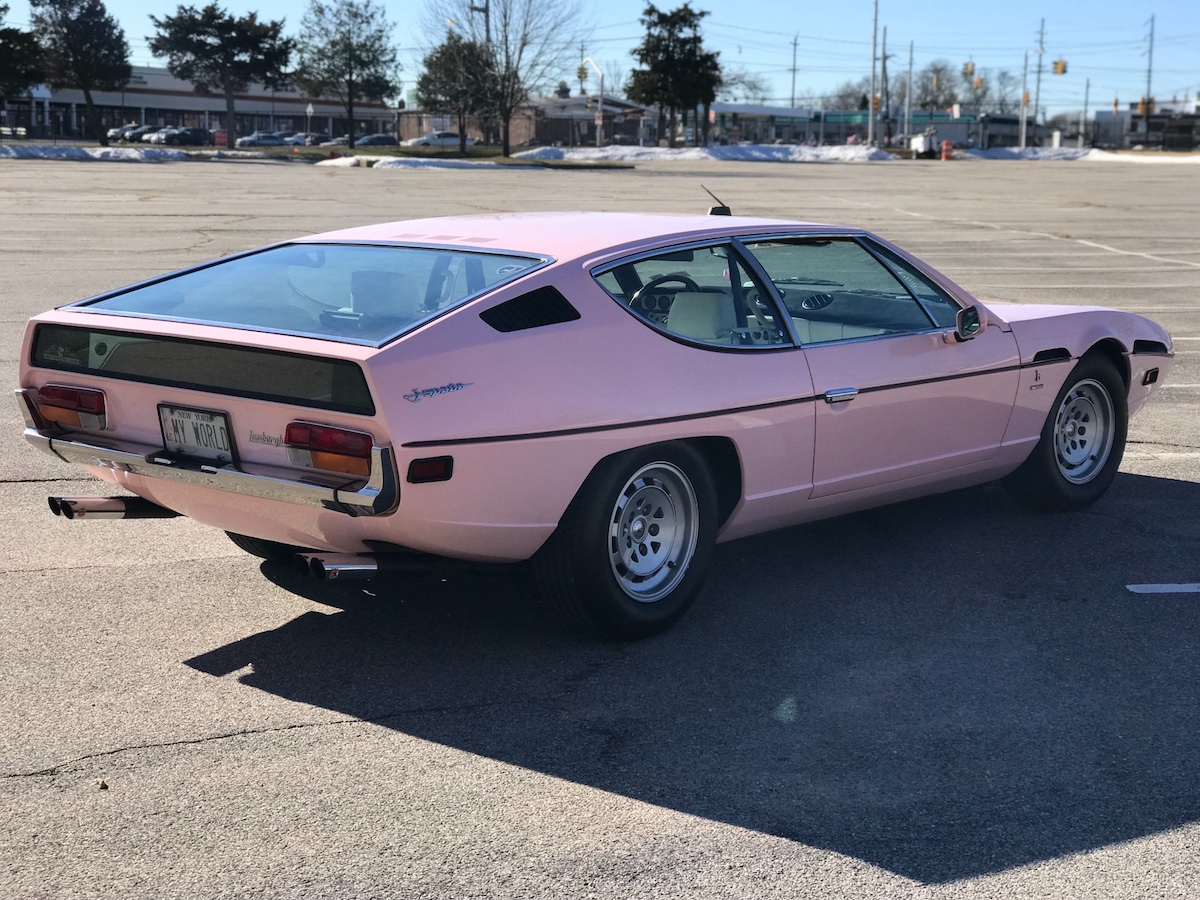 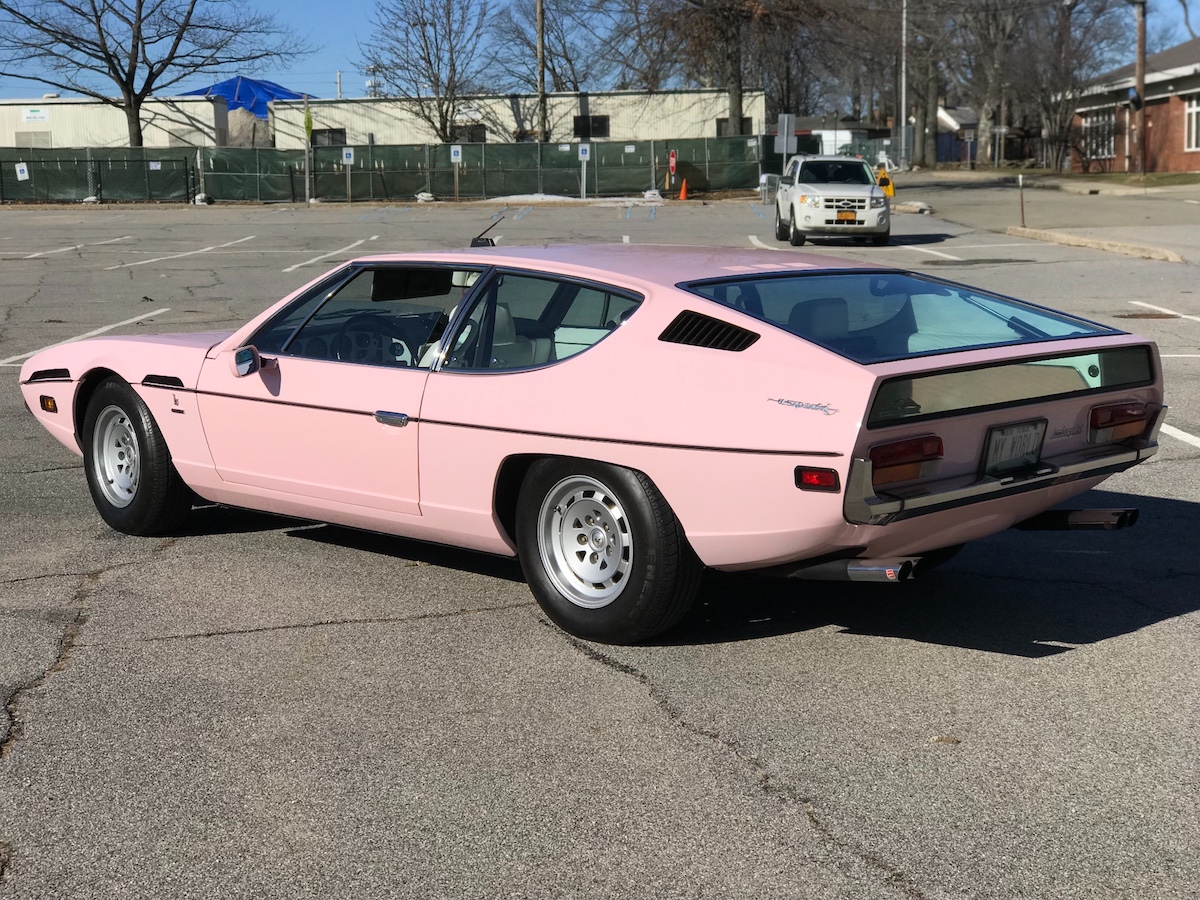 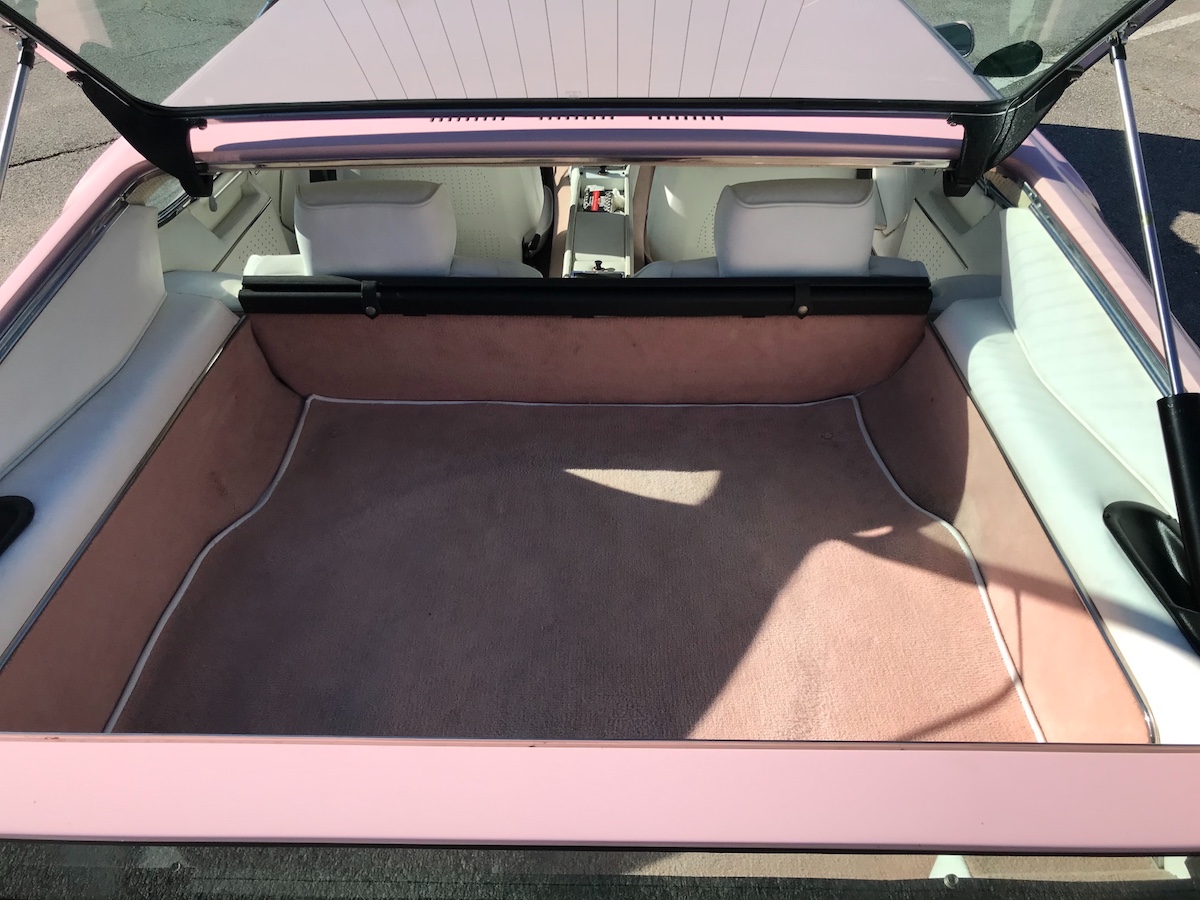 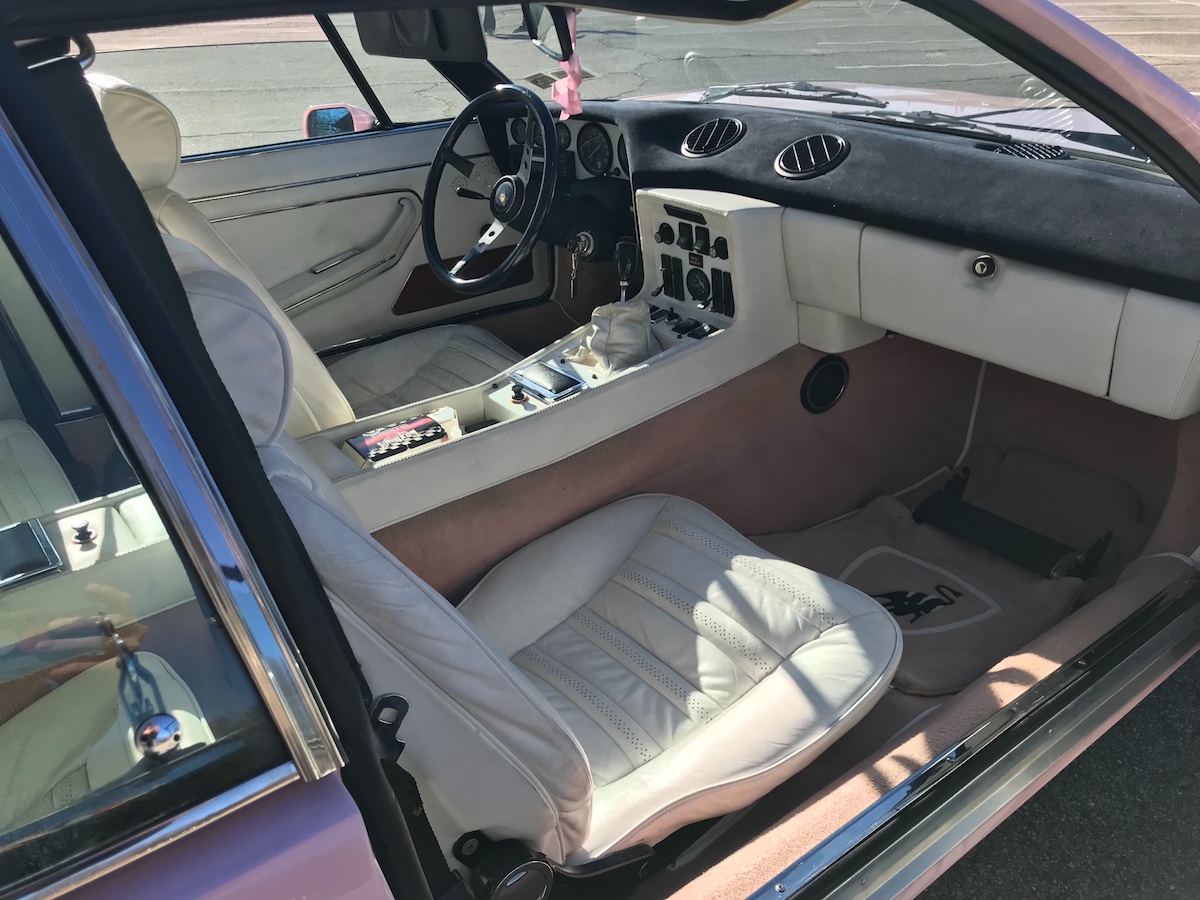 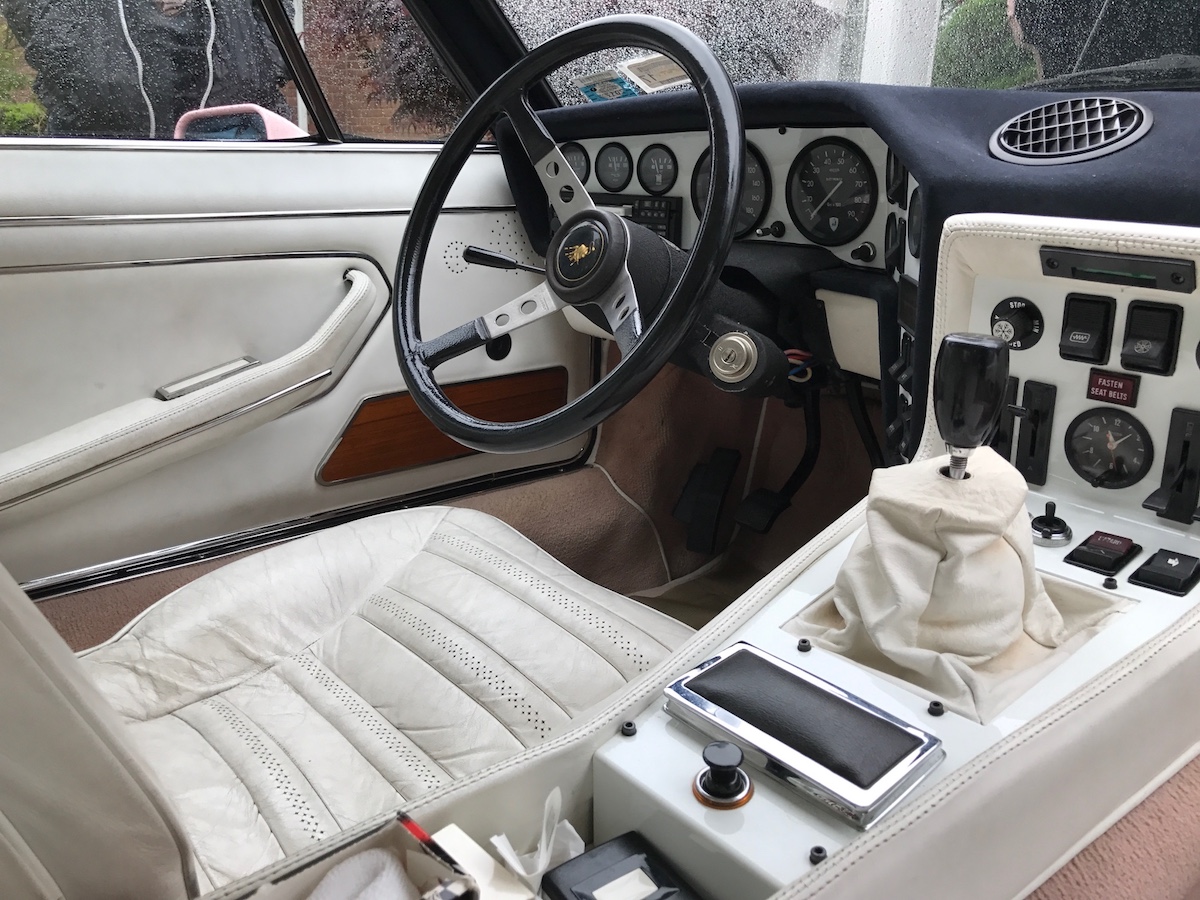 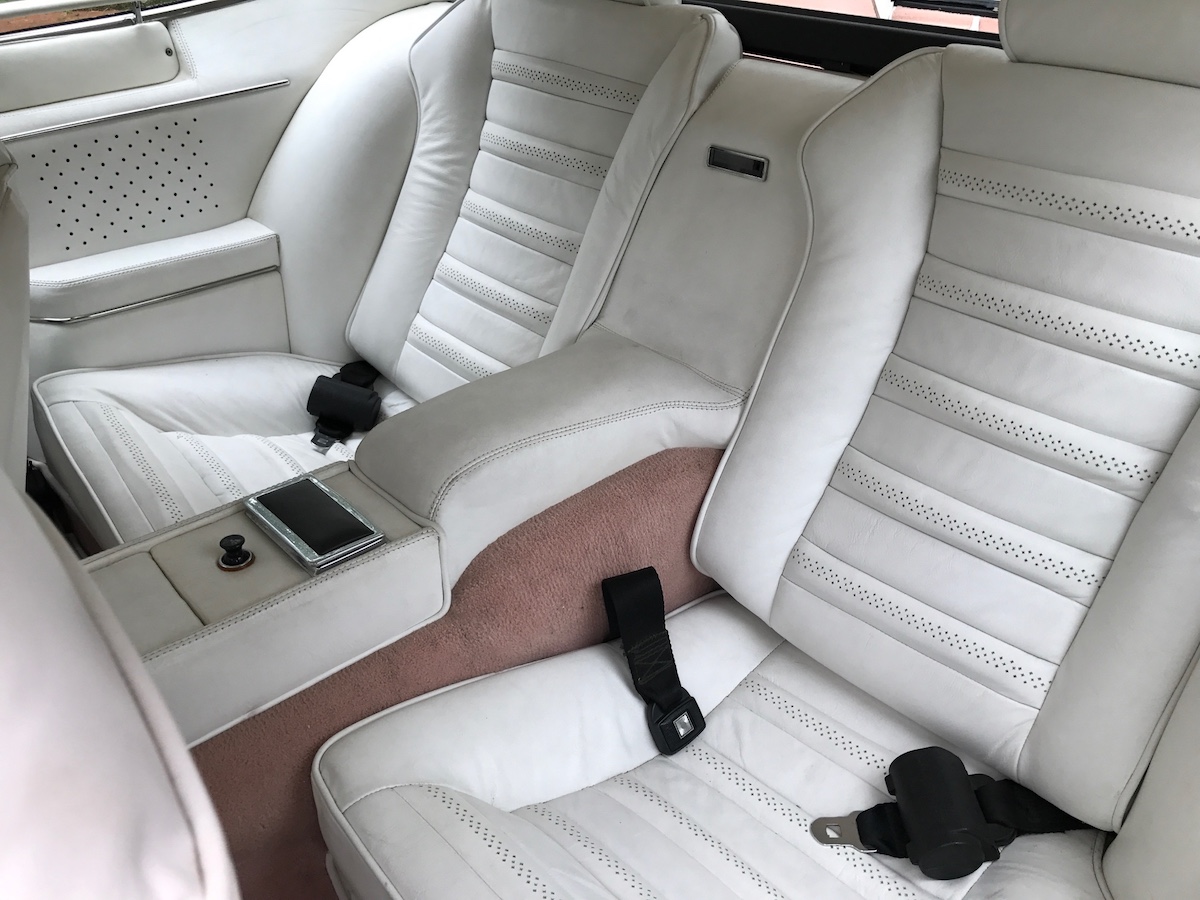