Toyota used the worldwide, grand stage of the North American International Auto Show to reveal the fifth-generation of its flagship Avalon. Designed and assembled in the U.S., the new 2019 Toyota Avalon with be loaded with technology from the interior to the engine bay. The car will also showcase a bevy of new safety features and systems designed to increase handling capabilities.

During the development of the 2019 Toyota Avalon, two keywords were kept in mind; authenticity and exhilaration. The name Avalon itself is derived from the roads of Avalon, a mystical paradise. This all helps set the stage for what the engineers at Toyota were trying to achieve.

The new Avalon is longer, lower, and wider than ever before. Toyota's carved into the body’s lower rocker panel to give it a more aggressive look. It measures an inch lower than last year’s model and sits 1.5-inches wider at the rear and 0.4-inches in the front. There’s a wide, low-slung front grille that sparks comparisons to its more luxurious Lexus line.

The 2019 Toyota Avalon will be available in four trim packages including the XSE, Touring, XLE and Limited. There are two powertrains to chose from. There's the 3.5-liter V6, and a hybrid system comprised of a 2.5-liter four-cylinder engine with a 650-volt electric motor. Toyota says the new 2.5-liter four-cylinder is more fuel efficient, runs cleaner and is more powerful than previous iterations. 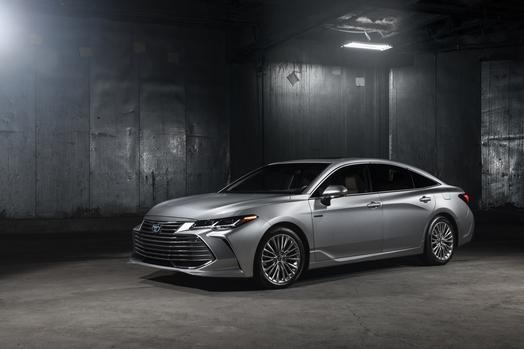 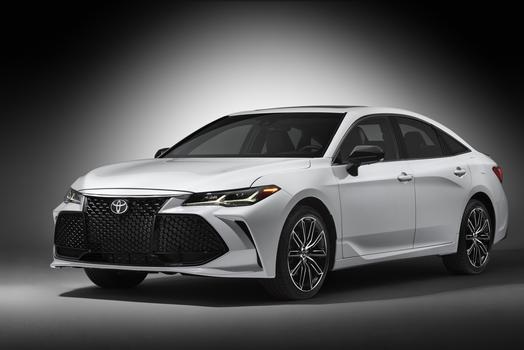 The all-new TNGA eight-speed Direct Shift automatic transaxle gearbox puts the power down through the front wheels. The eight speeds allow for a mix of wide and close gear ratios for on-demand power throughout the revolutions per minute-range. There’s a new torque converter to go along with it to help with low fuel consumption and passenger comfort.

The new flagship Toyota Avalon will go on sale in late Spring 2018.