Sorry British roadster owners, you don't have the smallest soft-top classics on the road. That honor goes to the Autobianchi Bianchina Cabriolet, based on the equally-tiny Fiat 500.  Roughly 2,750 Bianchinas were made during the car's 13-year production run, initially equipped with a 479cc engine making 15-horsepower. It's obviously far from fast, but seeing one driving through town will still turn plenty of heads.

This 1965 Bianchina Cabriolet is currently for sale on Bring a Trailer for just a few thousand dollars (which is steadily rising as we write this). This example is one of just a few imported to the United States and shows roughly 9,000 miles on the odometer. Just recently it had its light blue metallic exterior paint refinished, light blue and white interior reupholstered, and brakes upgraded.

The original engine has been replaced by a more powerful 600cc two-cylinder from a Fiat 126 mated to a four-speed manual transmission, both of which have been recently rebuilt. It weighs 1,179 pounds dry and comes in at just 119-inches long–– for reference, an MGB is about 153-inches in length.

The folding soft-top was recently replaced as well, and we absolutely love the pillarless design. This and the 12-inch wheels add to the Bianchina's compact design. Heck, if the car was any smaller, you could probably just attach it to your roof like a Christmas tree and drive home; there's no need to bring a trailer. 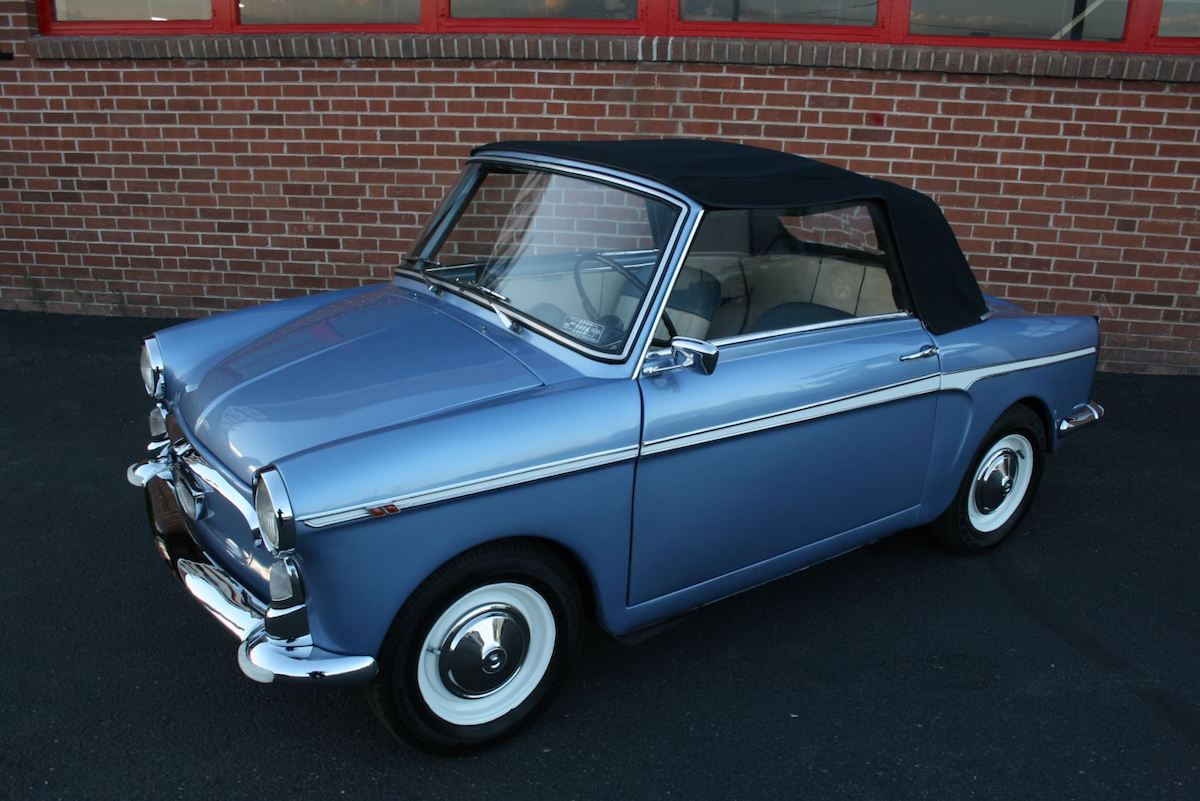 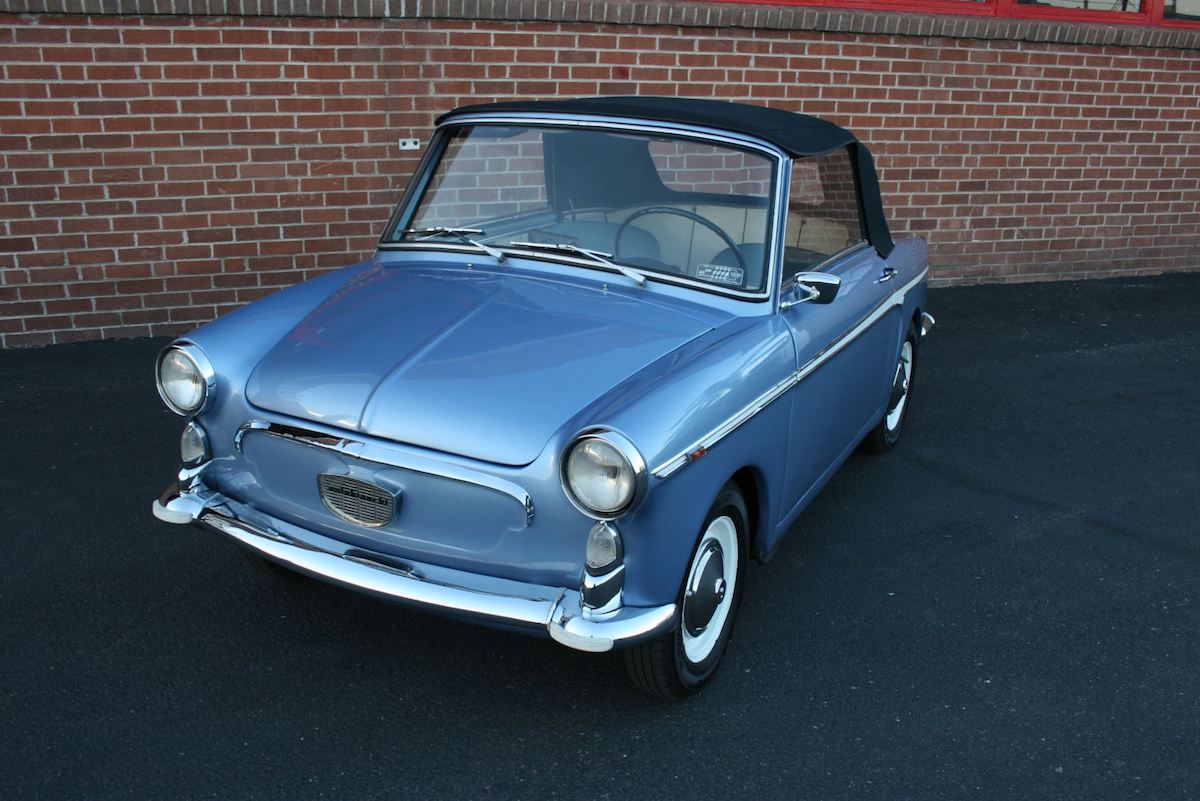 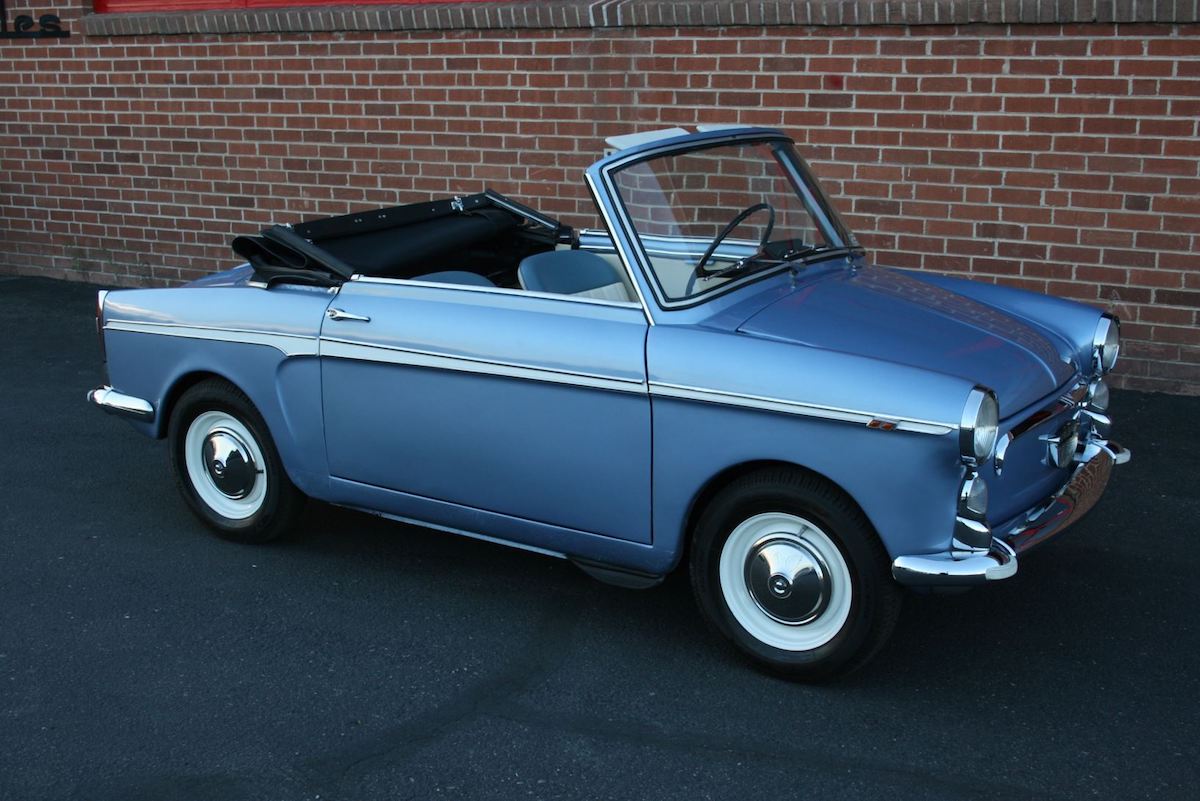 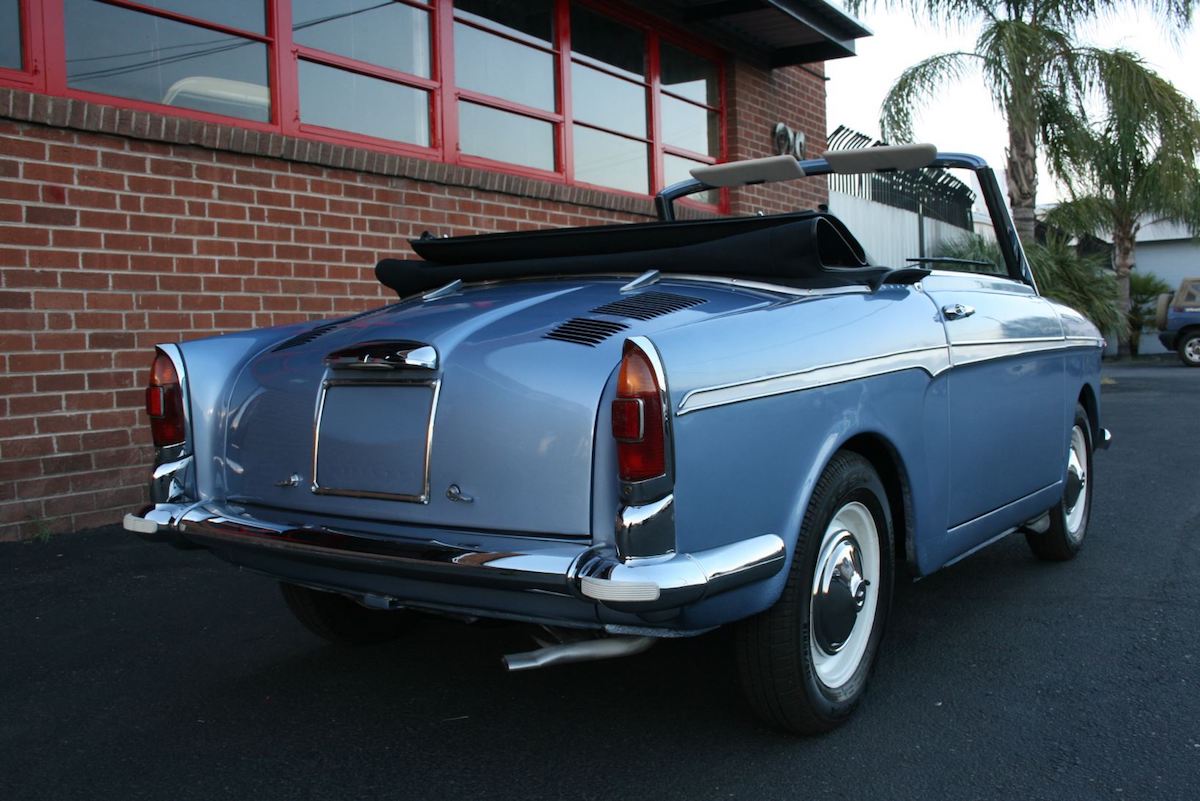 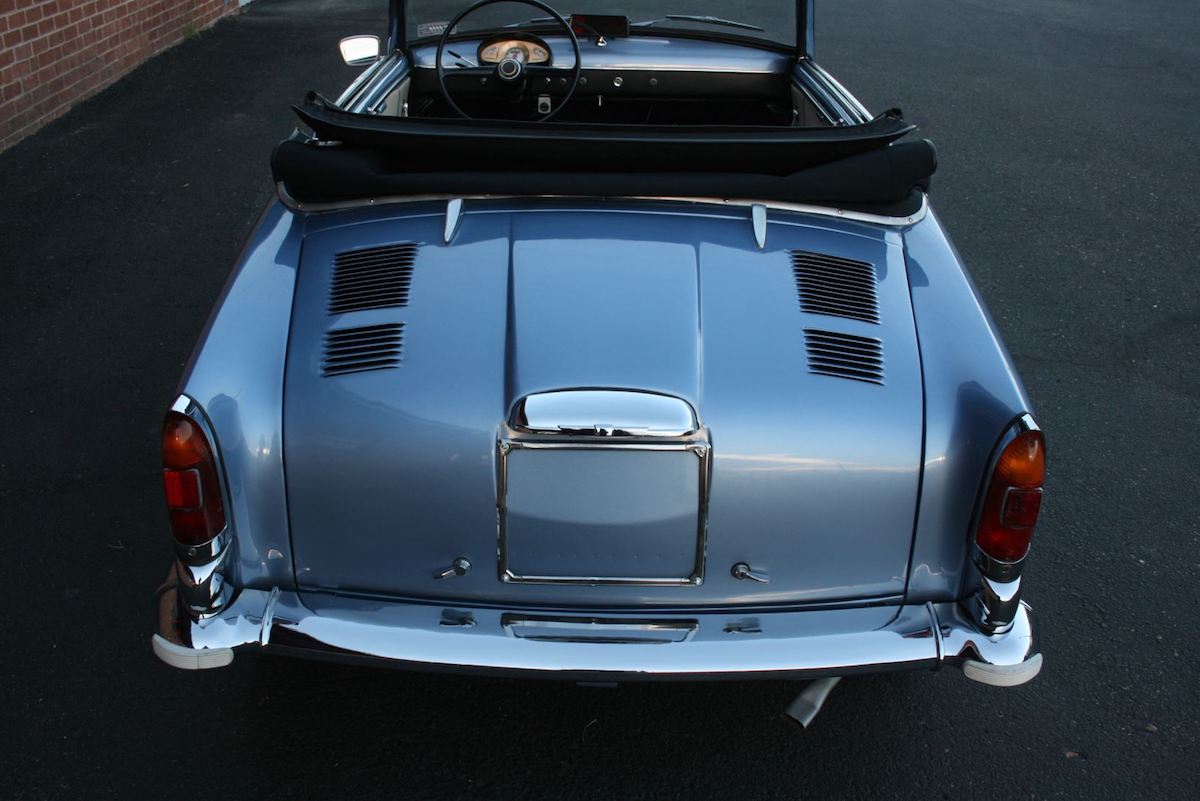 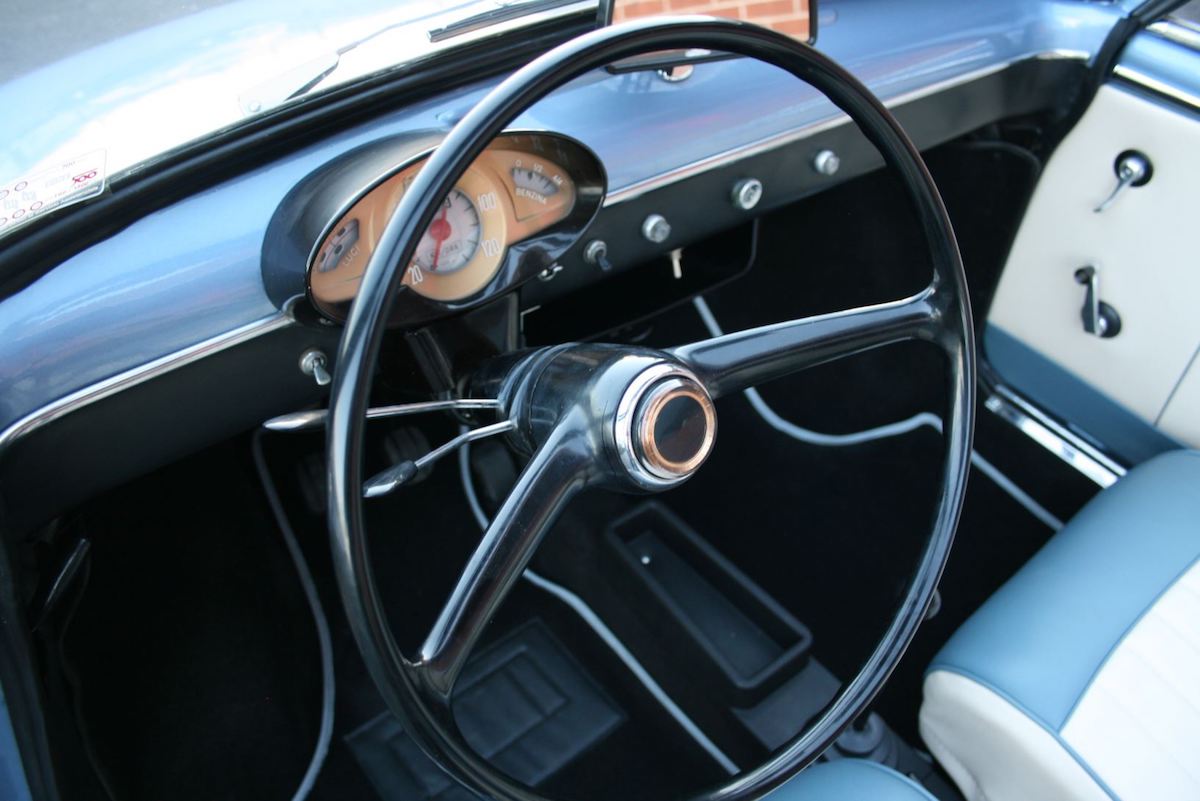 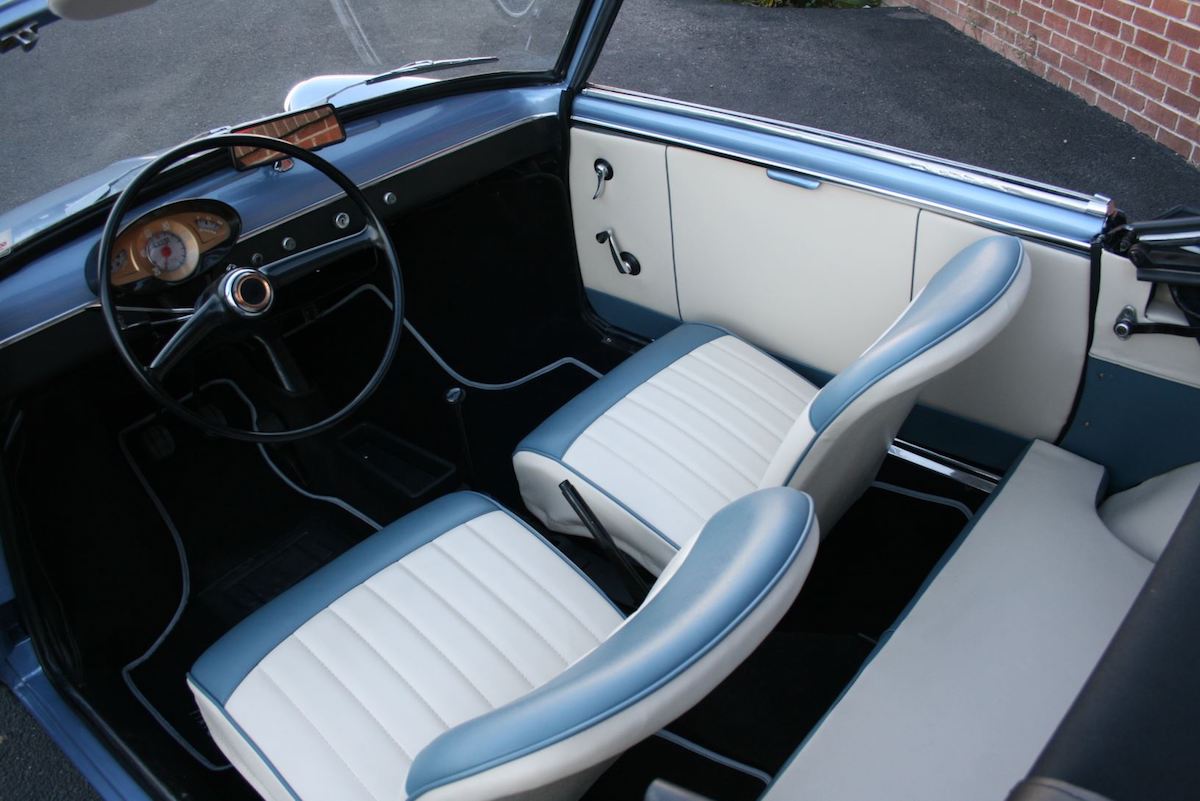 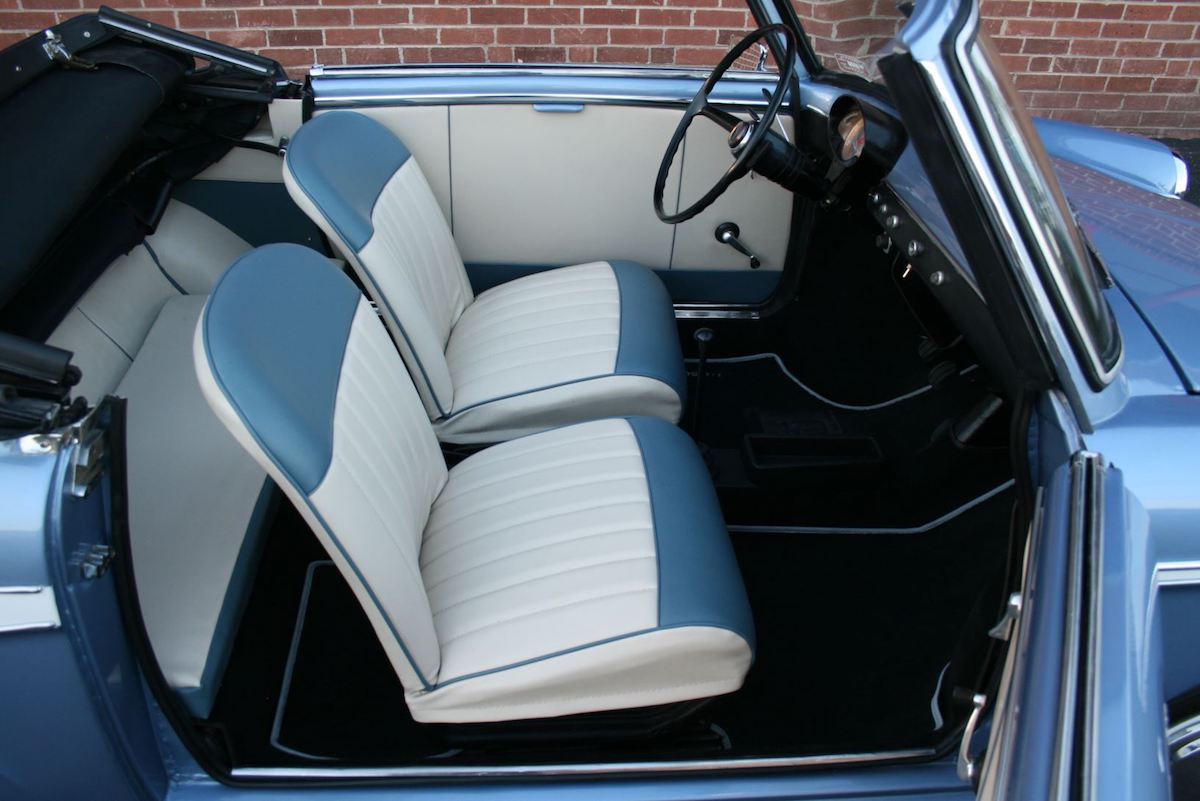 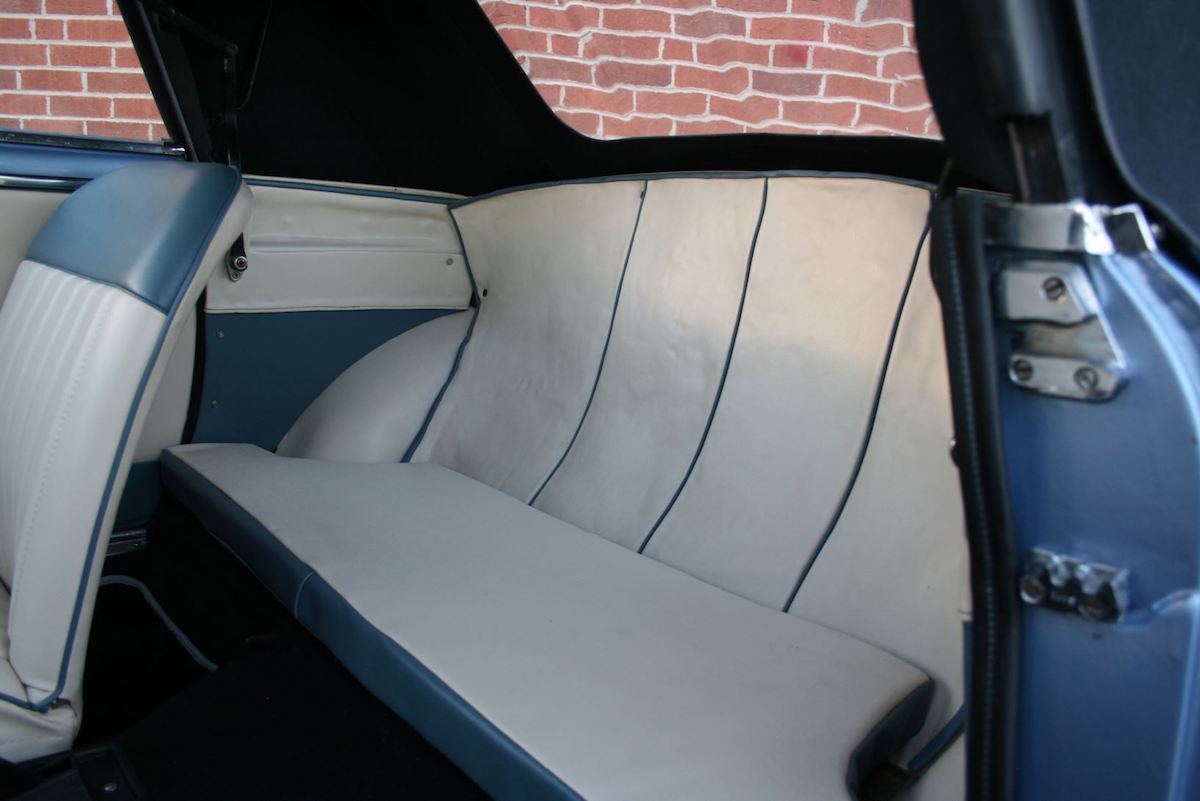