Sometimes, just because you can doesn't mean you should.

In 1887, a small shipyard and iron foundry by the name of Nagasaki Shipyard & Machinery Works was purchased by a man named Yataro Iwasaki. In 1914, the company was expanded and renamed Mitsubishi Shipbuilding & Engineering Company, and shortly thereafter, went from building ships to building cars. A century ago in 1917, Mitsubishi birthed its first car, the Model A. As a tribute to its iconic contribution to the automotive industry, Mitsubishi has created a new car to pay homage to its ancestor, the Re-Model A.

Let's kick this off by saying that the the Re-Model A intended to be a tribute to its long lost great-great-great-grandfather. So, naturally, the first things that comes to mind must have been similar to that of Honda and its retro-modern styling that mimics its elder designs. Mitsubishi has been doing this weird practice of making stuff that we're not sure if we want, and this very well may be a prime example. Someone, somewhere told the builders at West Coast Customs (the same guys from MTV's Pimp My Ride) to take an Outlander PHEV chassis and a Ford Model T, and make them a single functioning unit.

You might be wondering why a Model T was used rather than one of Mitsubishi's own creations. From 1917 until 1921, only 22 units were produced - and for a good reason: these cars were expensive. Every little detail of the Model A was handcrafted in a factory stemming from a shipyard production facility. The cost simply could not compete with other offerings from elsewhere in the world. Mitsubishi went silent for two decades before forming the Mitsubishi Heavy Industries brand and finally building another car.

Here's where it gets interesting: it's important to note that no functional Model As are believed to be surviving. In the 1970s, a Model A popped up at Mitsubishi's auto gallery, however after extensive collaborative research by an automotive journalist named Eizo Ikeda and the then-curator of the Toyota Automobile Museum, Heitatsu Igarashi, it was determined that it too was a commissioned replica based on a Jeep platform. We're not sure where Mitsubishi got the donor car, or how it stacks up to an original, but knowing the history and just how scarce the Model A is, it pains us to see this hybrid of a hybrid become a creation in the wild.

Because the wheelbase of Ford's Model T and new Outlander differ so vastly, the team at West Coast Customs needed to elongate the body while somehow preserving the original allure of the donor car and molding it into the likes of the Model A, something which would be very difficult to do. Nevertheless, the shop continued on, working the electronics and other modernized over sized components into the new platform. After elongating the body and front end to accommodate the new chassis, the engine bay also had to be widened in order to fit the 2.0-liter four cylinder motor and electric engine with generator.

After all was fit, the car was then coated with a slightly mauve coat of paint, adorned with gloss black accents for the roof and kick panels to provide a more authentic look. Similarly styled modern wheels were fitted along with low profile tires, and a gold-finished grille was mated to the nose of the car. Although the original triple water chestnut shape was still placed on the grille, which in itself pays respect to the Iwasaki family crest, the wording "Mitsubishi" also fills in empty space of the grille in a pseudo-sports font.

One of the more surprising focuses that wasn't touched is just how much technology was really changed in the hundred year difference between the creations. The 35-horsepower 2.8 liter four cylinder that formally occupied the Ford Model T's engine bay was no more. Now, a 140 horsepower 2.0 liter sits in its place. Coupled to two 60 kW electric motors and a generator to charge a battery, the technology found in the commissioned Re-Model A shares nothing but the same count of cylinders.

Mitsubishi has gone through a lot. From its various points of financial turmoil, to collaborations with manufacturers like Chrysler, and its recent alliance with Renault-Nissan; Mitsubishi has somehow survived an entire century despite seemingly peaking in the '90s during its Diamond Star Motors phase. That's why it's disheartening to see this creation as Mitsubishi's bell to "ring in the new year". We give a major "attaboy!" for the effort, but it just doesn't feel like a celebration. 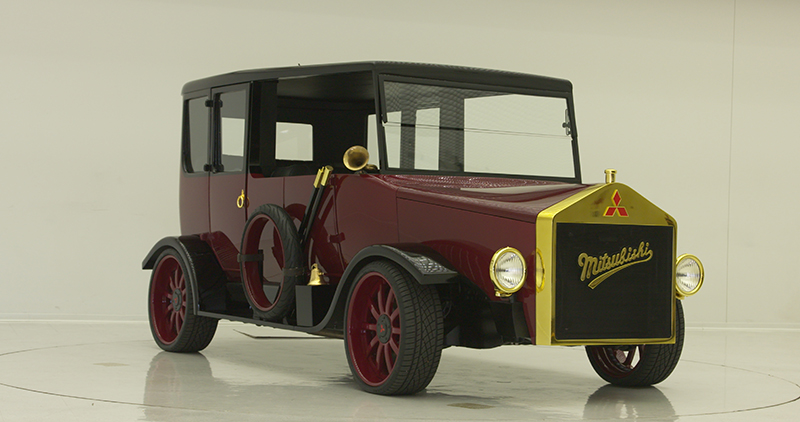 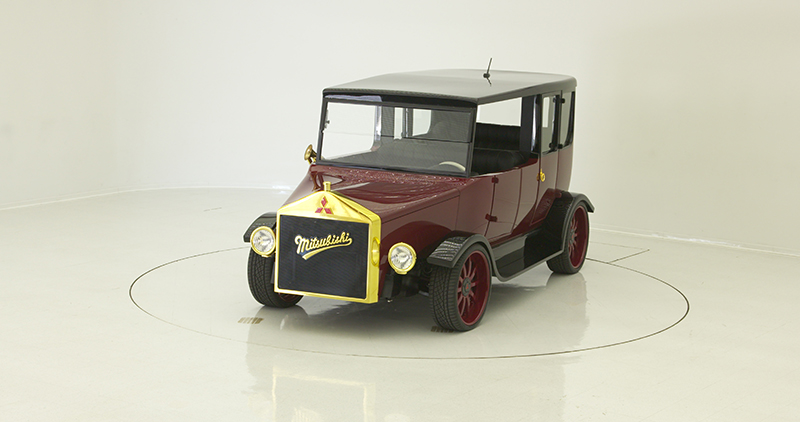 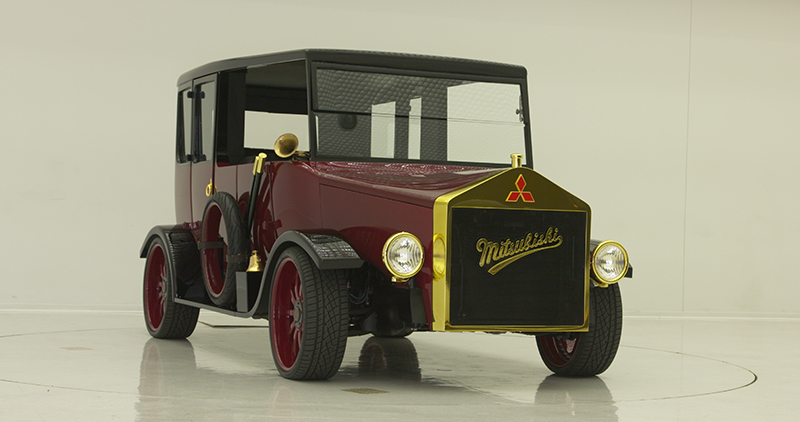 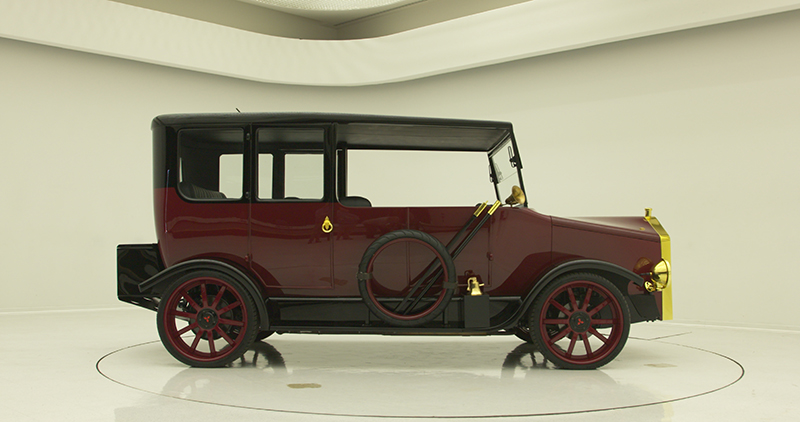 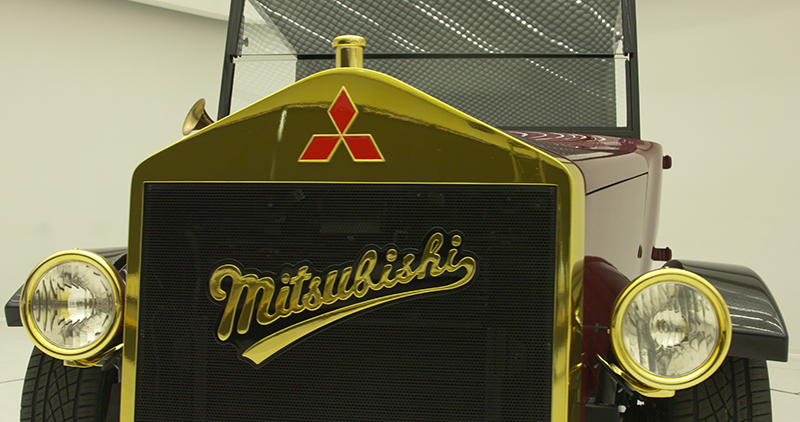 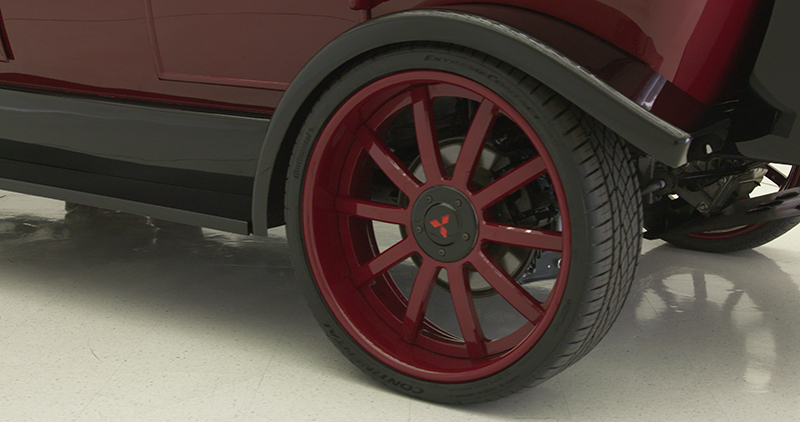