The story behind this Dodge Durango Hellcat built by Plum Floored Creations is kind of a heartwarming one. When a customer was looking to get her husband a gift, she reached out to the Phoenix-area Mopar specialists and requested that they build the most over-the-top, radical version of his everyday driver. In response, the shop picked up and set about creating the ultimate family hauler—a 700-plus horsepower Durango with a 2.9-liter Whipple supercharger and all-wheel-drive.

As reported by Motor Authority, this swap was not straightforward in the least. Although the base for this project, a 2011 Durango R/T, is still the current generation of the model, it was built before a major refresh in 2014. This meant that the blown 6.2-liter Hemi V-8 wouldn't be a plug 'n' play installation. To combat that, the builders took off the stock supercharger and replaced it with the larger aftermarket setup, allowing the engine to run off the older ECU since it wasn't fitted with an electronic blow-off valve.

This meant that the Hellcat powerplant could still hook up to the Durango's to the factory all-wheel-drive system, helping this thing grovel for traction with all four tires. It currently runs 11 pounds of boost and makes 707 horsepower at the crank—the same as a stock Hellcat motor. In order to mate up with the larger supercharger, the Hemi's heads were CNC machined to ensure a perfect fit. This, paired up with a free-flowing exhaust, helps the Durango to breathe easy.

The five-speed automatic transmission was replaced by a six-speed ATS Stage 3 unit with a billet input shaft, billet torque converter, and one-piece aluminum drive shaft. Thanks to the Durango drivetrain's factory gearing, it allows for a softer launch than the similarly powered Jeep Grand Cherokee Trackhawk, putting less stress on the AWD system.

Brembo six-piston calipers were fitted up front, with 15.0-inch slotted rotors to boot. This helps the Durango stop (almost) as good as it goes, rounding out the package for the street-slaying SUV. 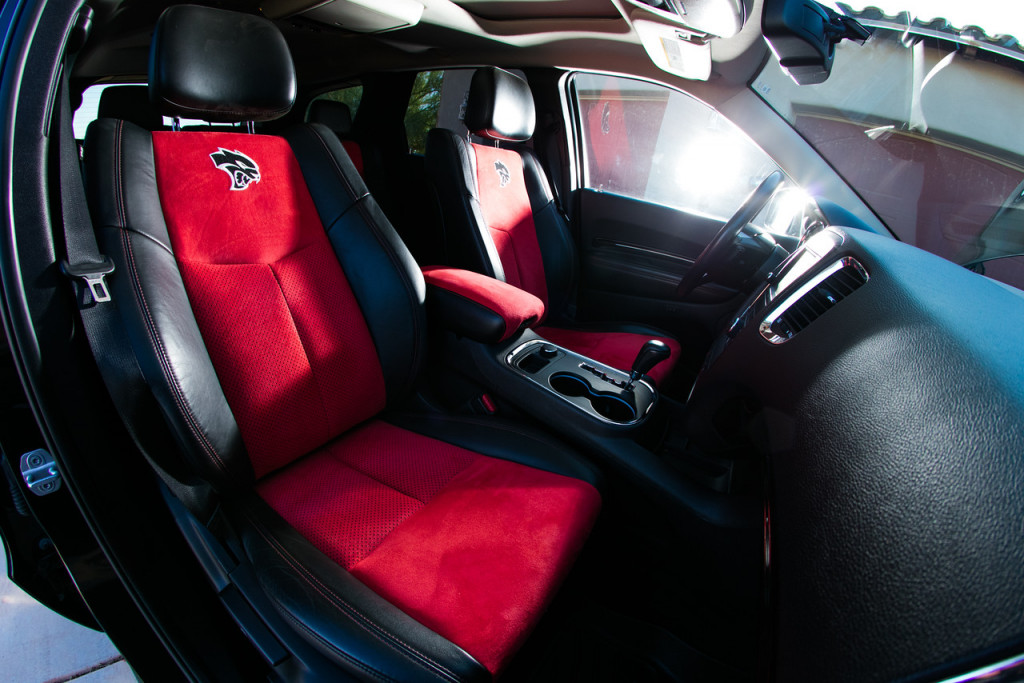 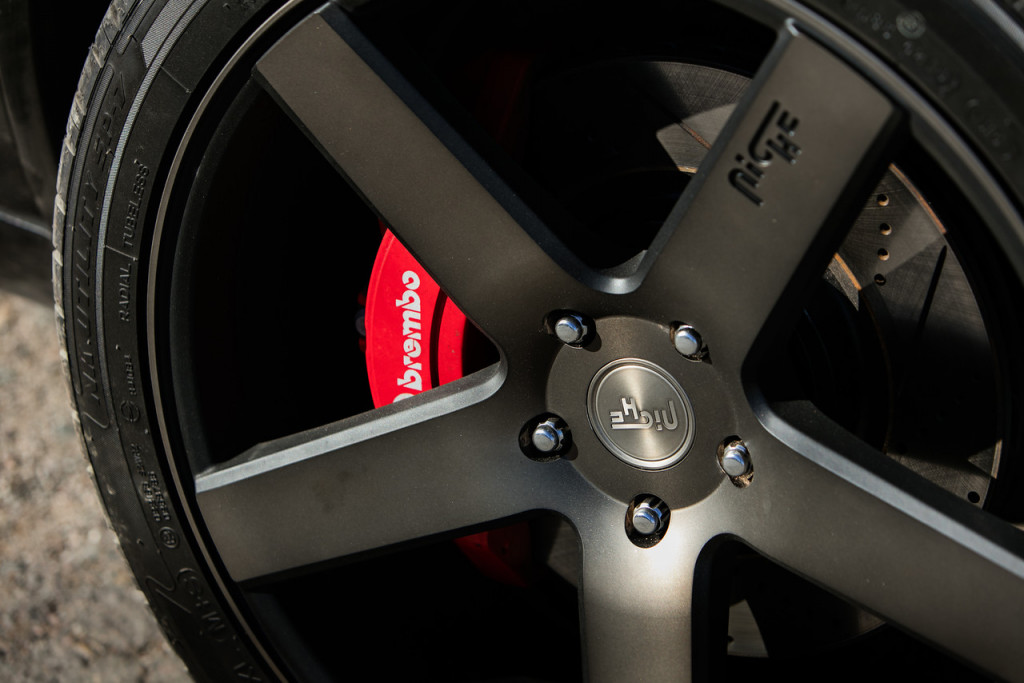 Aside from all of these specifics, the part we enjoy most about the Durango Hellcat is the sound it makes. All of the boxes are checked here with supercharger whine and V-8 burble aplenty, making this build the definition of sex appeal. That is, if you're over 30 and have a few kids to chauffeur around.

If you want your own, Plum Floored will build it for a starting price of $40,000—plus the cost of a donor Hemi-powered Durango. Not bad for a scratch-built hot rod that will haul the family and beat your neighborhood tuner cars at the same time.