Volkswagen's road to electric cars is paved in red.

Despite having a full-fledged concept shown to the world only a few short months ago, Volkswagen has once again refined its Crozz concept—this time, into a less-spaceship-looking electric SUV that seems primed for the masses. With a huge investment in electric vehicles, the automaker has fully vested the company in bringing eight new electrified models to its lineup by 2025.

The Crozz's range and power output do seem to be right in the automotive sweet spot that most of the consumer-bound electric cars being announced fall into. Total power output will fall at 301 horsepower, and the crozzover crossover will be able to reach a top speed of around 112 mph. Volkswagen also noted that the vehicle will be able to travel around 310 miles on a single charge. The automaker notes that its fast-charging system works quite well, featuring the ability to charge its battery to around 80 percent capacity in just 30 minutes, allowing the car to add just under 250 miles of range in that short time.

The I.D. Crozz will feature an all-electric drivetrain comprised of two motors—one driving the front wheels, the other to power the rear. The result is an electrified form of Volkswagen's renowned all-wheel-drive system, something which the group is quite proud of perfecting during its long stint. Here, VW has referenced this particular fact under the Quattro nomenclature, which has been reserved for vehicles under the Audi brand previously.

Though the newest concept retains a similar form factor to the last time we saw it at an auto show, there are some notable changes. Most apparent are the body lines, which appear to be a bit more fluid rather than futuristic and "new"—perhaps Volkswagen didn't want to scare off potential customers used to its fossil-fuel driven vehicles. The roof of the vehicle is glass, allowing passengers a panoramic view. (Volkswagen's luxurious sister company, Audi, has been working on adding solar cells to vehicle roofs to power vehicles accessories and permit slightly longer range; no word if that will make its way onto VW models.) 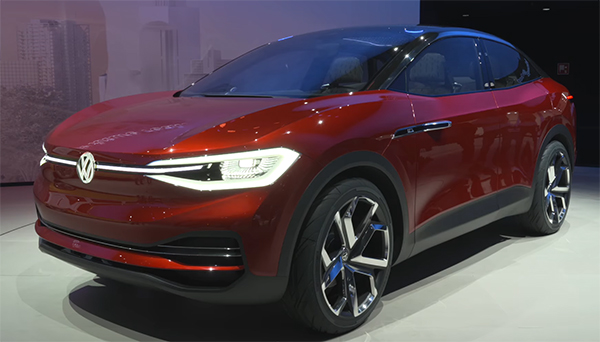 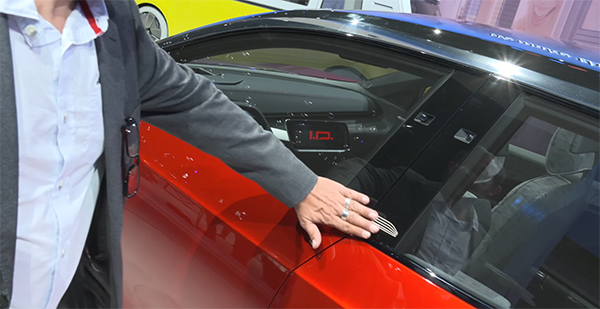 The Crozz is scheduled for production in 2020, which slots nearly into the schedule fior the other six known I.D. models Volkswagen has announced thus far. The latest timetable can be found below:

These I.D models are Volkswagen's attempt to get a jump on other auto manufacturers and compete with Tesla in the electric market space. Though already severely behind the times when viewed in comparison to its main competitor, the German giant plans to heavily invest in its electric efforts to catch up. VW knows that vehicles in the crossover market still sell very well, and they plan to take full advantage of that knowledge while on the road to electrification.