Jaguar built a personal assistant ... out of an F-Type?

Jaguar made headlines earlier this week when it announced a fleet of ambitious new vehicles, including an electric E-Type and new details about its I-PACE SUV. Jag also unveiled a device called  'Sayer,' an artificially-intelligent personal assistant in the form of a steering wheel that will act as a key to future Jaguar vehicles. However, what's a steering wheel without a car for it to control? Jaguar thought of that too, and the vehicle it built is as strange and advanced as the Sayer device it's designed to complement. The Jaguar FUTURE-TYPE concept looks ahead 20 years to give us a glimpse of what autonomous ride-sharing will be like in the future.

While they basically share a name, the FUTURE-TYPE and the F-Type performance car have nothing in common. Jaguar's fully-electric concept has room for three with "social seating," allowing the two front passengers to turn their seats to face the rear passenger at any time. It's made to be an autonomous, on-demand ride-sharing vehicle instead of a personal car, allowing Sayer users to call for one Uber-style; the FUTURE-TYPE will automatically find its way to its new "owner" and then drive the client to his destination.

For those of us who still like driving, that steering wheel isn't just for decoration: passengers can take control at any time, like in the Audi RSQ from I,Robot.

Jaguar promises that these autonomous EVs will help make roads safer, as the FUTURE-TYPE will coordinate with other vehicles on the road to avoid collisions. The car's modest size will also ease congestion, allowing for more cars on public roads but with less traffic. 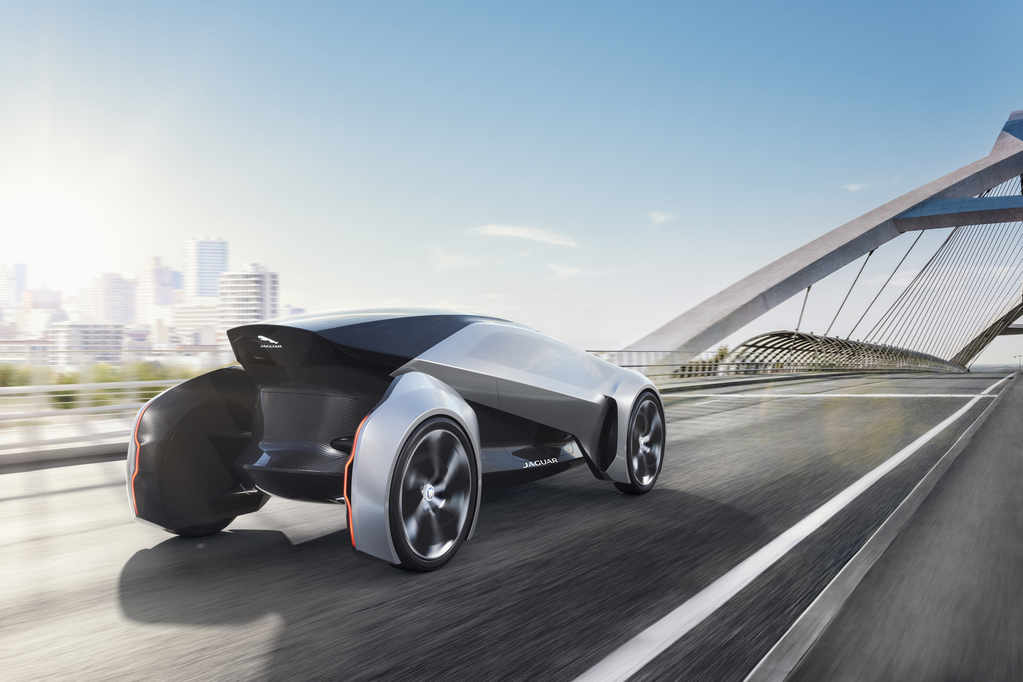 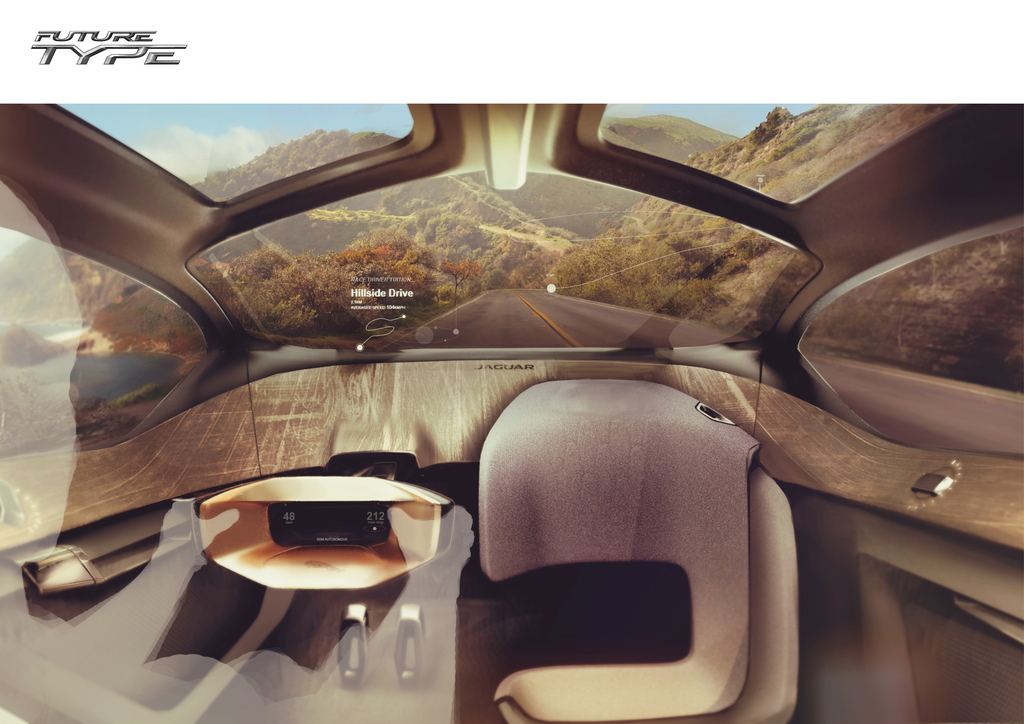 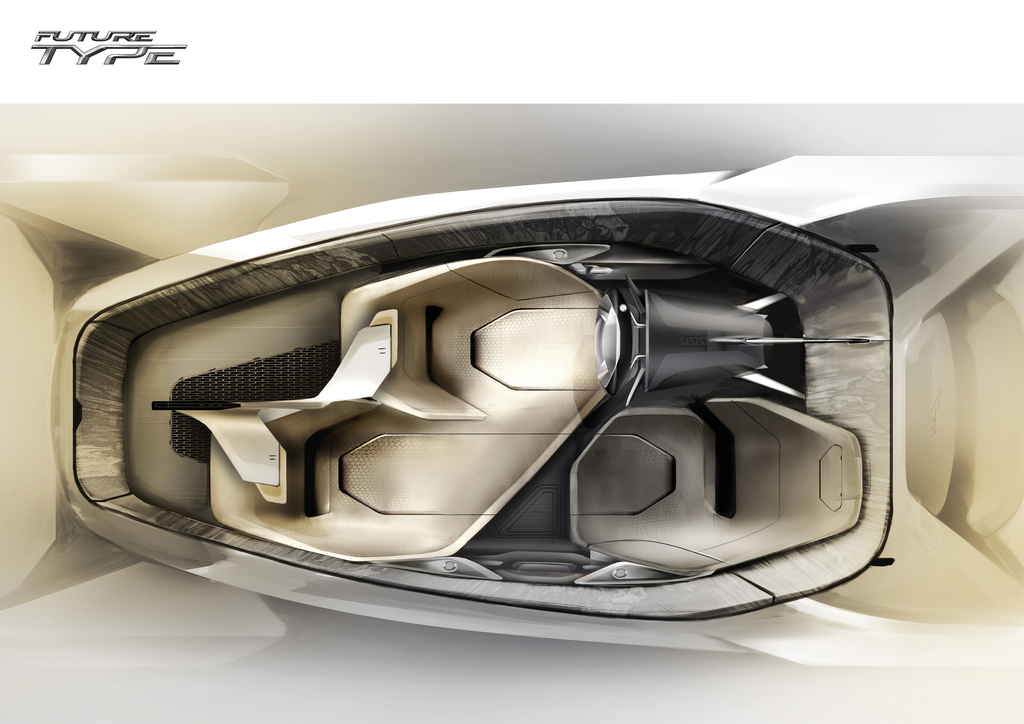 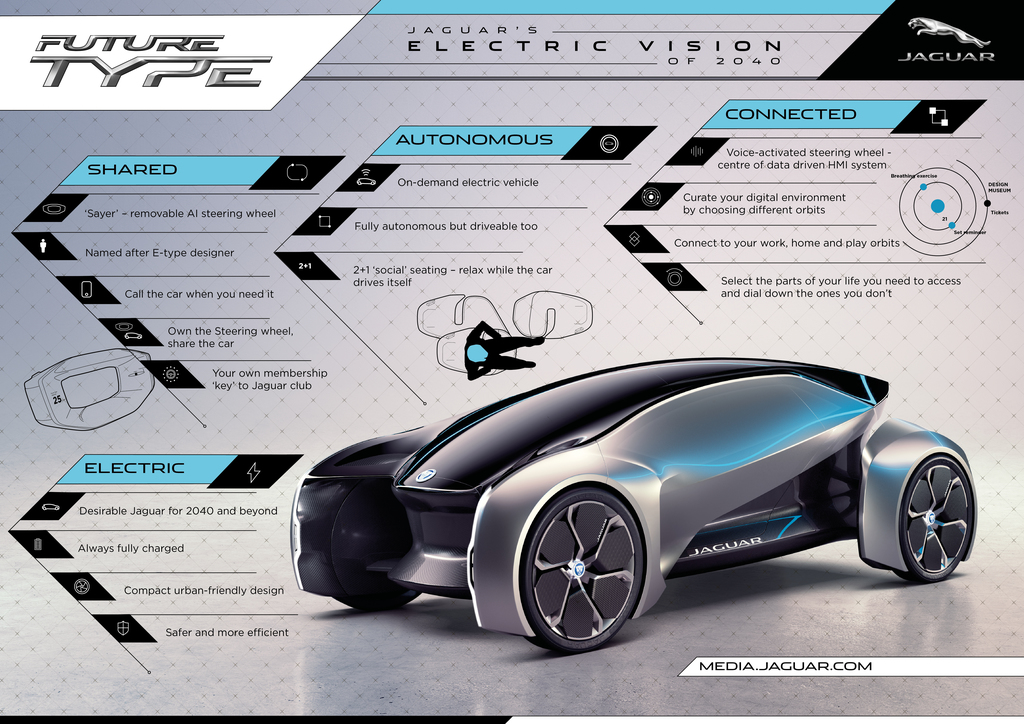