If you’re experiencing electrical problems, a worn or malfunctioning alternator may be the cause

This economically-priced alternator fits most late 1990 and early 2000 Ford  F-series trucks and some GM trucks. It is manufactured with new premium-quality components that meet or exceed OEM specs. The amperage rating is 130 A. 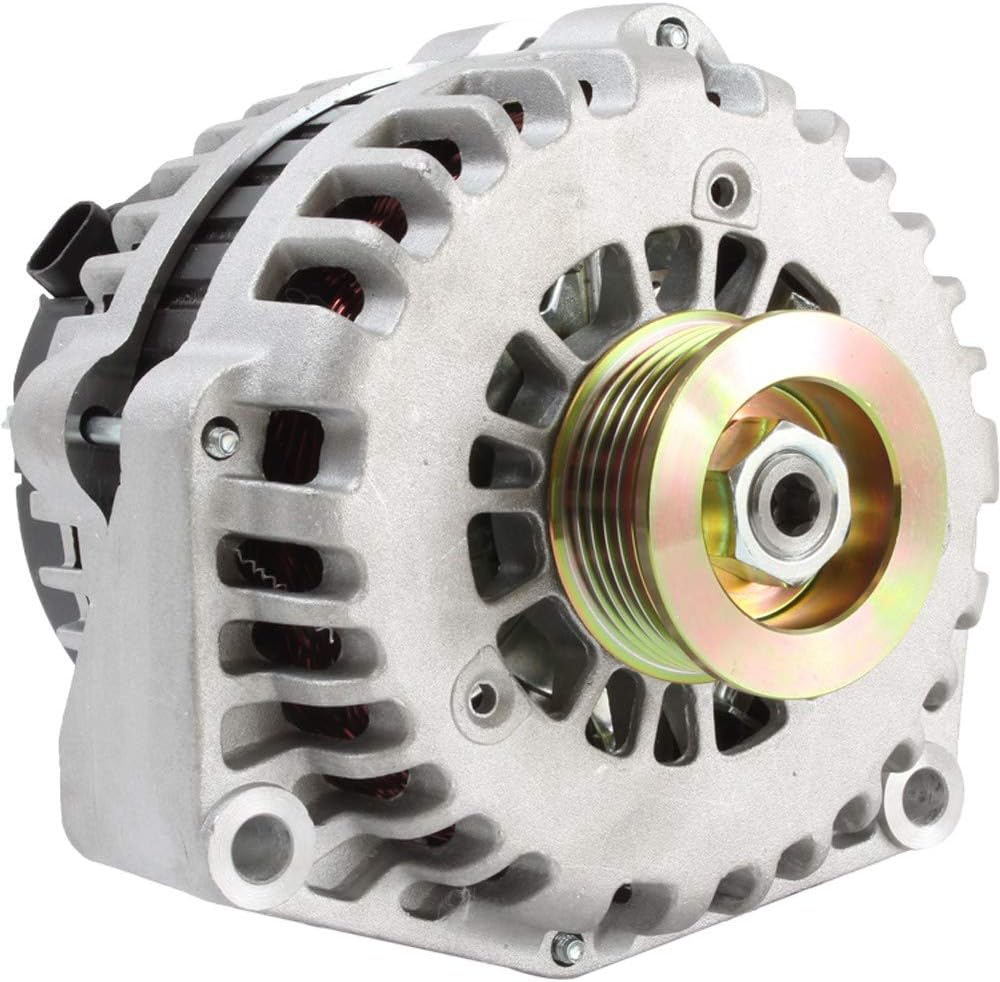 The DB Electrical Alternator is a great replacement part for an alternator that is about to call it quits. This specific model is compatible with Chevrolet and GMC trucks with 4.3L, 4.8L, 5.3L, 6.0L, and 8.1L engines. It’s a direct drop-in piece of equipment that is easy to install and can be done so in around 15 minutes if you know what you’re doing.

The alternator has an overall amperage rating of 145 A. And even considering its higher price for a component of this nature, it isn’t overly expensive. It’s long-lasting as well and runs smoothly and effectively no matter what environment you live in or run it in. Whether it’s hot, cold, rainy, or snowy, the alternator is strong and provides plenty of power

Going back to its price, the alternator isn’t expensive but it is set much higher when compared to other alternators on the market. You may actually end up spending more on it at a shop as well. There have also been reports that it can heat up rather quickly and remain hot for sometime after the engine has turned off. 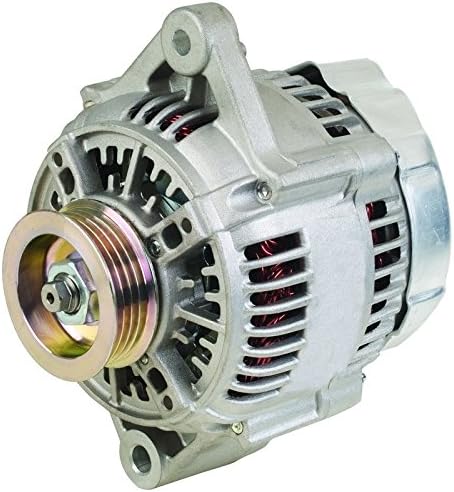 The Premier Gear Alternatoris a budget-friendly component that pairs well with just about any car battery you can think of. It provides a constant flow of power to the battery so the vehicle’s lights, windows, stereo, and more electrical equipment runs smoothly and effectively while you get from point A to point B and beyond. It provides 12-volts and 70 amps.

One of its best features is its built-in protection for overcharging and overheating. This ensures it is protective from reaching past its effective charging point and that components in your car don’t short circuit or spike in power. It is designed to work with Toyota vehicles such as 4Runners and Tacoma’s but should fit on all types of vehicles. Plus, it runs off of a Denso, internally regulated fan.

One of the biggest issues you may run into is installing the device. It depends on which vehicle you are working with but it can be difficult to set in place due to its size and surrounding components. You may also find it frustrating to attach the top and bottom bolts as they can be hard to reach in certain models as well. 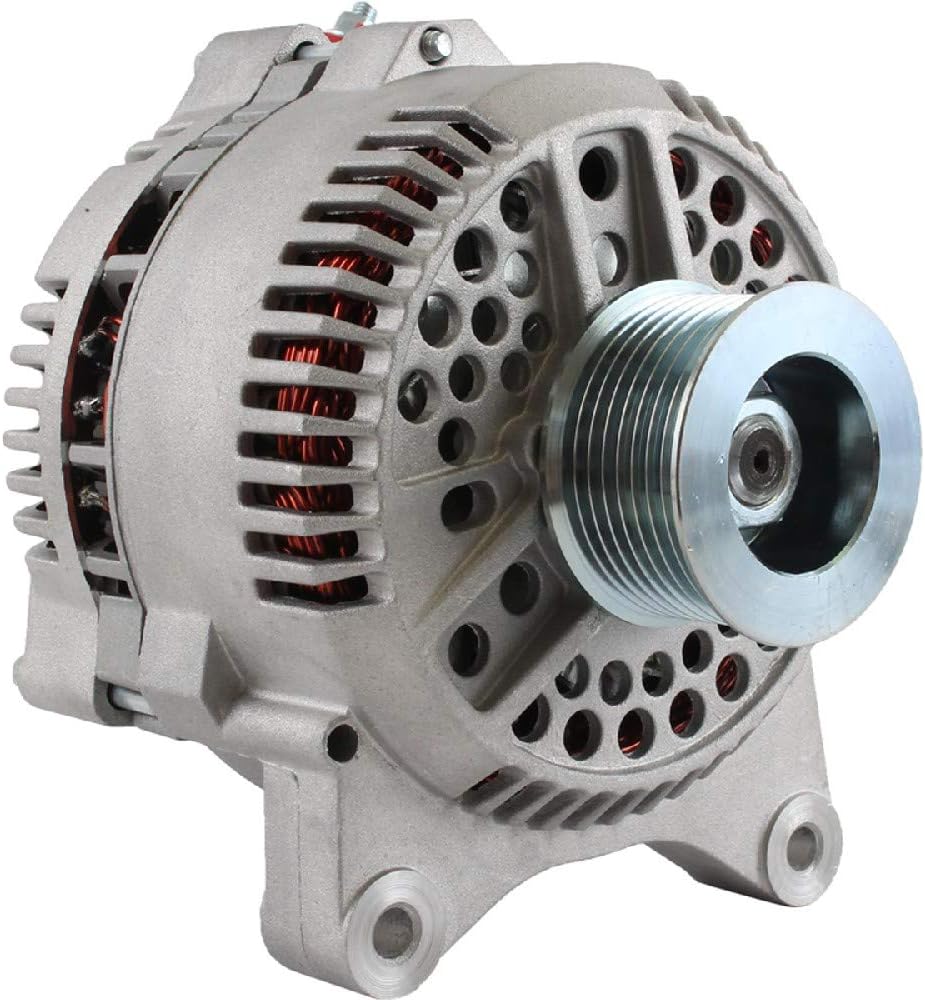 The Parts Player F- Series Alternator is another great budget choice when it comes to providing power to your vehicle’s battery. It’s a hefty component, but it is certainly capable and reliable enough to ensure you aren’t left stranded on the side of the road. It’s built to work with most Ford trucks built between 1990 and the early 2000s.

Even though it is set at a lower price, the alternator has a surprising amount of amps. At around 130 A, the component is strong, powerful, and mighty. Plus, each is built with premium made parts and machinery to ensure a high-quality fit and design for vehicles and electrical components.

You may end up getting what you pay for with this alternator, however. Its lower price may make it less likely to last all that long. There have been reports that it may cut out after a few months or if you travel over difficult terrain or run it too hard for long periods of time. 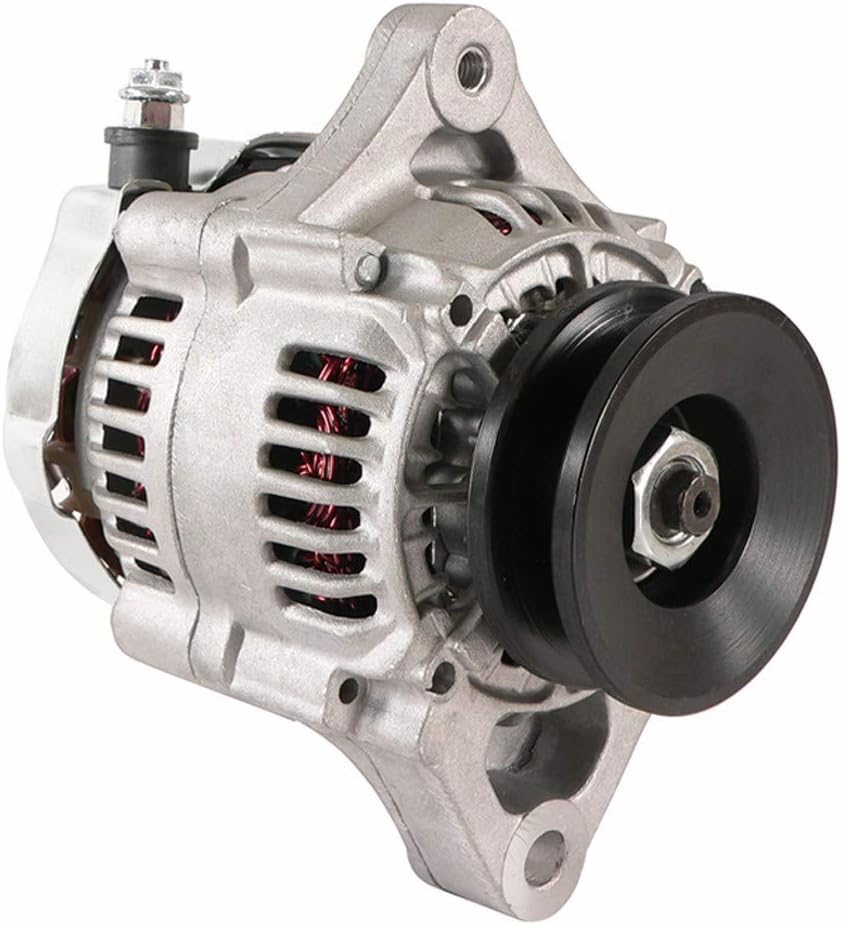 The New DB Electrical Alternator is a high-quality component for the battery fitted in your car. Specifically built for Toyota vehicles such as the Corolla, Yaris, RAV4, and larger trucks, the alternator is sturdy and tough. It has a class V1 pulley system, a total amperage of 50, and a voltage of 12.

It’s another replacement direct drop in alternator that is easy to install on Kubota engines. One great thing about the alternator is its size. It is compact and small enough to make it much more simple to hoist into and out of a vehicle.

While it may be a smaller sized alternator it isn’t the lightest device. At more than 15 pounds, it can be a pain to lift and carry around from the garage to the car. You may also need a specific wire to ensure it connects properly and effectively on certain make and model vehicles other than Toyotas. 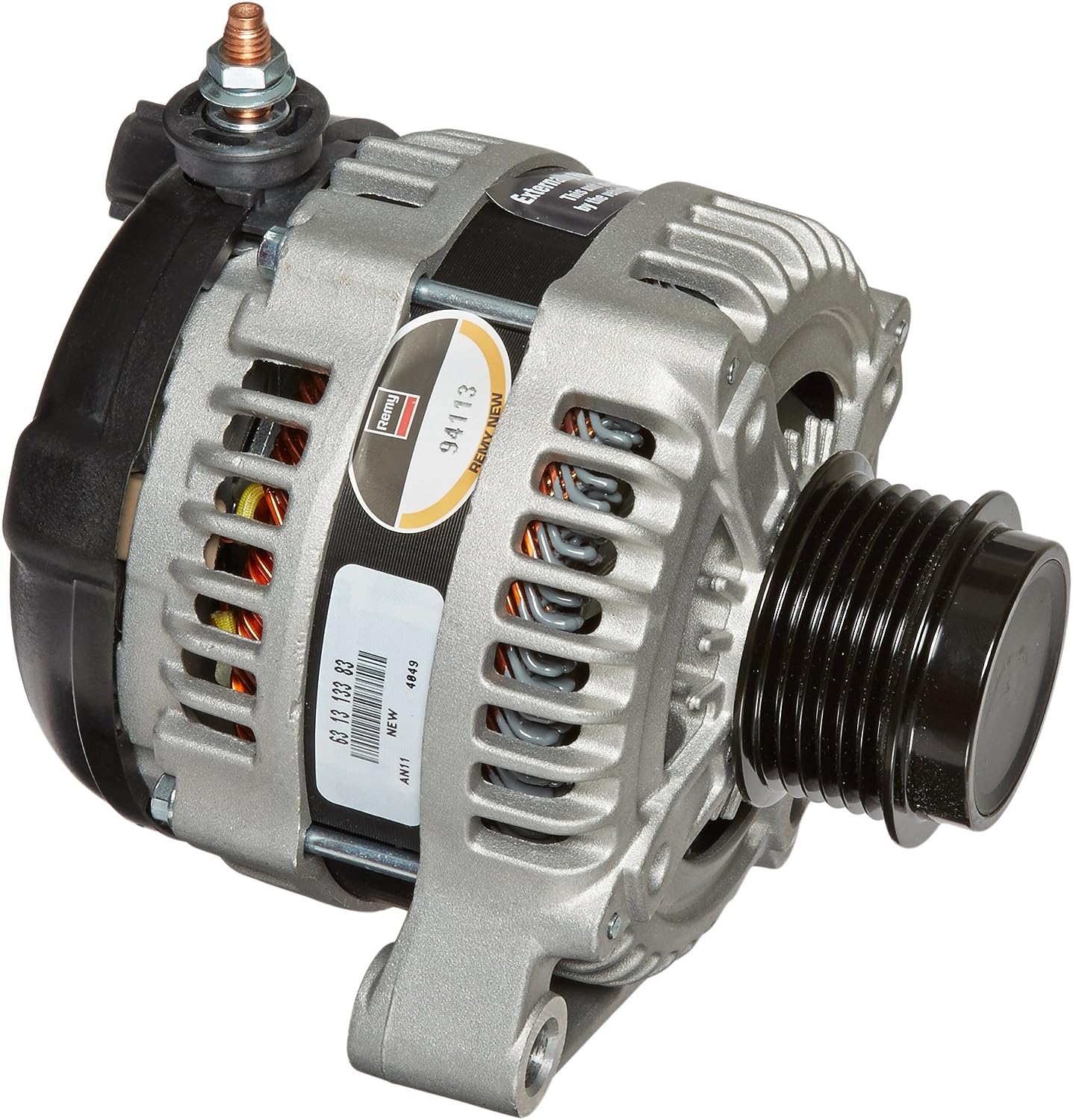 The Remy New Alternator is set at a premium price due to its high-quality design and build. It’s beefy and provides a smooth and powerful flow of power to the vehicle's battery and electrical equipment. The alternator has a high amperage rating of 160 and a voltage rating of 12, making it one of the strongest on our list.

It has a pulley diameter of 57mm, a groove of six, and is considered a clutch based alternator. It’s also considerably light when compared to other alternators you can find and that’s a good thing. It is rated at just five pounds so you can easily heft it into place without much issue or strain at all.

However, since it is a premium-grade alternator, it is set at a rather high price. And shocking as it may be, it may not be the most durable alternator of the bunch. There have been complaints it can stop working after a few months. But there is no way to know if this is due to its design or if it malfunctioned due to how the car was driven.

Q: How do I know which alternator is right for my vehicle?

A: Check the product’s details. If you have a part number from the unit that is in your vehicle, you can check it against the numbers in the product’s list. You can also compare amperage, voltage, and mounting requirements. Read recommendations in customer reviews too.

Q: Which is better: a new alternator or a rebuilt one?

A: There’s no clear answer. Some rebuilders use better parts to rebuild an alternator than OEMs use on new ones. Others test more thoroughly one way or another. Check the specifications and reviews, weigh the pros and cons, and then make your own determination.

Q: When my alternator warning light goes on, do I have to replace the alternator?

A: Not necessarily. If the light turns on and then goes off again, it means the onboard computer checked your system, including your alternator, and determined nothing is wrong. If the light remains on, it means the computer has determined there is an issue with your electrical system, but the problem may not be limited to the alternator. Test it before you replace it.

The DB Electrical ADR0368 Alternator is quick and easy to install and is our pick for best alternator overall. For a more budget-friendly option, consider the Premier Gear PG-13671 Alternator.