Enjoy quick and efficient cutting with these top-rated reciprocating saws

If you don’t have a reciprocating saw in your toolbox, then you may be missing out on a versatile power tool. It can easily cut through different materials, including metal pipes, wood, steel nails, and much more. It’s oftentimes referred to as a sabre saw or sawzall. Our buying guide will help you find a quick and high-quality option that suits your needs.

Check Latest Price
Summary
A two-in-one variable speed power tool with a reciprocating saw and a jigsaw.
Pros
No slippage or misalignment. It makes a smooth and precise cut. Includes a built-in dust blower. Compatible with most standard blades. Powered with a rechargeable battery.
Cons
There have been complaints that it is heavy and the battery doesn’t last all that long. Noisy operation. 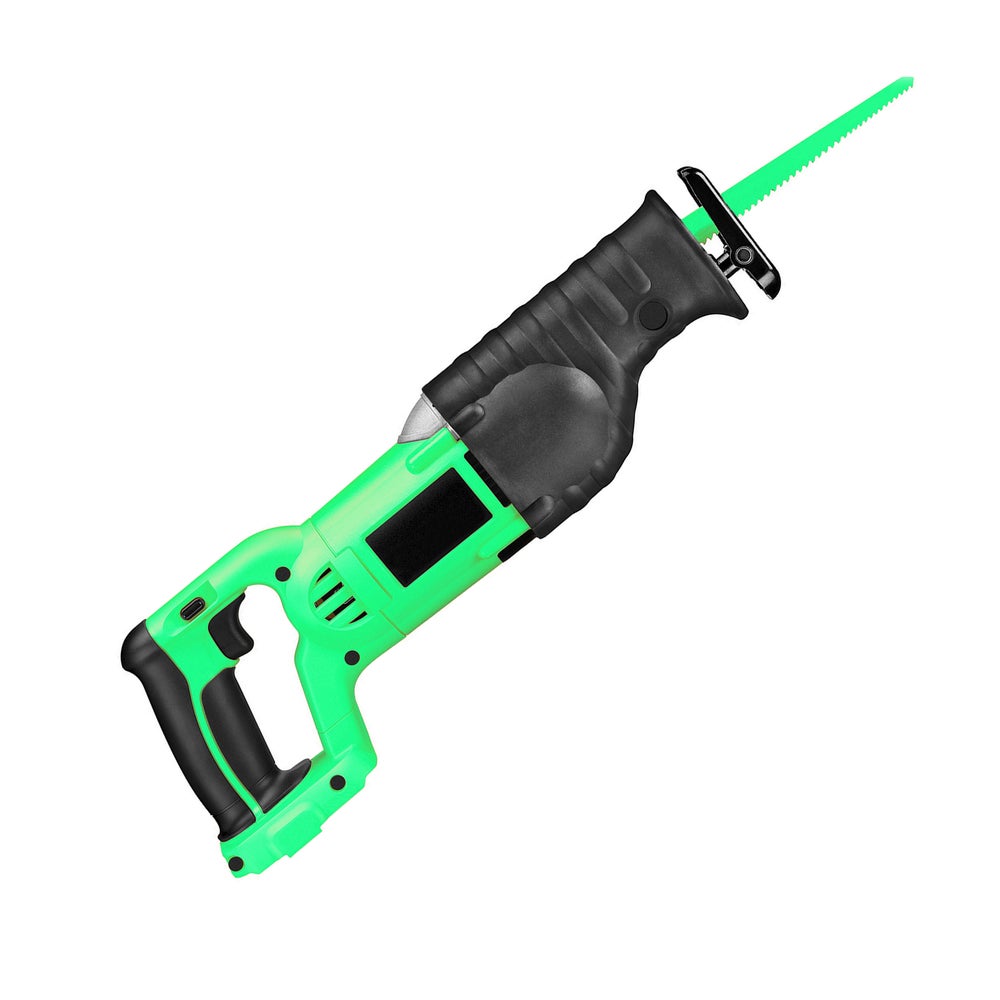 Benefits of a Reciprocating Saw

Corded reciprocating saws will generally be more powerful as they connect directly to a power source. They will also last longer than battery-operated cordless saws. They can also feature different amperage and voltage depending on the power source. However, the downside is you are limited by where you can move as you have to keep an eye on the cord.

A cordless reciprocating saw is one that is operated by internal batteries or a battery pack. These types can vary on how long they last and many, if not all, can be left on a charger to recharge them before the next use. You can also buy multiple battery packs to ensure you never run out of juice when you need it. Battery-powered reciprocating saws also give you much more mobility around the garage.

Now that we’ve discussed corded and cordless, you may also find compact reciprocating saws. These are smaller, more lightweight tools that can be used in tight or hard-to-reach places. They can be both corded and battery-operated as well. These may also be considered handheld models as you can operate them with a single hand without much of a problem.

A pneumatic reciprocating saw is one that runs off of an air compressor. Like its counterpart, the corded saw, pneumatic ones are rather powerful, if not more so. These are more commonly found in professional garages or construction sites but can be purchased for your home garage as well.

The DeWalt company first began in 1924 by Raymond DeWalt in Pennsylvania. Today, it is one of the largest manufacturers of tools and work equipment. The company has 64 centers across the United States and 830 authorized service centers. One of its best reciprocating saws is the DEWALT Reciprocating Saw.

Black+Decker Inc. is an American manufacturer of power tools, hardware, and home improvement products. The company was first established in 1910 and has a main headquarters in Towson, Md., just north of Baltimore. It even makes kitchen appliances, batteries, and of course saws like the BLACK+DECKER 20V MAX Reciprocating Saw.

Makita U.S.A., Inc. was first founded more than 100 years ago in 1915. Today, it has a main office in La Mirada, Calif., and provides services and equipment to more than 40 countries. The company launched its first power tool, a portable electric planer, in 1958. Then in 1962, it produced its first electric drill and saw. One of its best saws is the Makita XRJ04Z 18V LXT Lithium-Ion Cordless Recipro Saw.

The auto-stop function is a built-in safety feature that will completely shut-off the saw if and when something goes wrong. This could be anything from an internal malfunction to a piece of wood or material getting caught in the saw. You will definitely want this feature if you are someone who worries about safety. Saws can be unpredictable and should be treated with care and caution.

Another important and much-needed feature of a reciprocating saw is the anti-vibration function. It is designed to reduce wobble and vibration felt while using the saw. This will give you more precise cuts while gripping the tool. It is also meant to increase your grip on the device so it doesn’t fall free from your hands.

We’ve touched on variable speed control above; it is the function that enables you to control the speed of the saw while in use or before using it. It can typically be found as a dial on the side of the machine that controls just how fast the blade is spinning. If you are unable to cut through a material, you may need to enhance the speed.

Orbital action is a fancy way of saying the saw can also move up and down. Typically, a saw will only move forward and backward, like a handheld one. But with orbital action, the saw is able to move in all cardinal directions. This allows you to make more aggressive cuts and adds more precision as well.

Best Soldering Stations: Keep Your Tools in one Spot

The DeWalt Reciprocating Saw features 10 amps, making it a great tool for home repairs. It’s a corded saw, so it will need a power outlet to function. It includes a four-position blade clamp that increases its versatility and precision when cutting material. It also has a keyless lever-action blade clamp to easily swap out new blades.

It provides between 0 to 2,800 strokes per minute and has a 1 ⅛-inch stroke length for faster and smoother cutting. You can also easily control the variable speed by simply pressing the trigger.

However, there have been complaints with the amount of vibration it produces. Another issue is the cord can get in the way while using it.

This is a powerful and compact little reciprocating saw from Skil that has 7.5 amps to tackle smaller jobs. It is developed with a heavy-duty metal gear casing that increases its durability. It also features an easy-grip handle and has counterbalance technology to reduce vibration and increase grip strength.

It offers a tool-less blade change so you can switch out the blades without fussing with a key or locking mechanism. Plus, with its pivoting foot, the device provides additional stability while cutting through wood or tougher materials.

However, this too has a cord, which will reduce mobility unless you have an extension cord. It also may heat up rather quickly, so keep an eye out for overheating.

WORX’s reciprocating saw is a cordless tool that runs off of lithium ion batteries that are included. It’s a versatile device that functions as two saws in one. When you don’t need a reciprocating saw, you simply push a button and the head turns into a jigsaw in seconds. The saw is lightweight as well, and easy to use.

It features a built-in dust blower that keeps dust away from your work area, improving visibility and reducing vibration. The saw functions with wood, metal, ceramic, tile, plastic, PVC, and even fiberglass without an issue.

However, the battery life may be short and could run out quicker than advertised. It can also be quite noisy, so you may want to wear ear protection.

Q: When should I replace a saw blade?

A: If you notice that the blade strokes are inconsistent even after you adjust the speed, then you should confirm that the power source is consistent. Check the battery charge for cordless tools. If that’s not the case, then the internal parts may be worn out or you may have a frayed extension cord.

Q: What safety precautions should I take when using a reciprocating saw?

A: Be sure to work in a well-lit space and water- and humidity-free environment. Remember to always wear protective gear, including a dust mask, ear muffs, work gloves, and eye protection. Hold the saw with both hands to avoid slippage and potential injury.

Our top pick is the DEWALT Reciprocating Saw. It’s a high-quality saw built for power. The saw is also easy and comfortable to use.

If you want something more budget-friendly, consider the SKIL Reciprocating Saw.

Best Soldering Stations: Keep Your Tools in one Spot

Best Tool Bags: Lug Around Your Equipment with Ease

Cut through wood and other materials with these high-performance jigsaws

Create intricate shapes on tough material with these scroll saws