Is a Carrera 4S a better car to drive than its rear-driven counterpart? 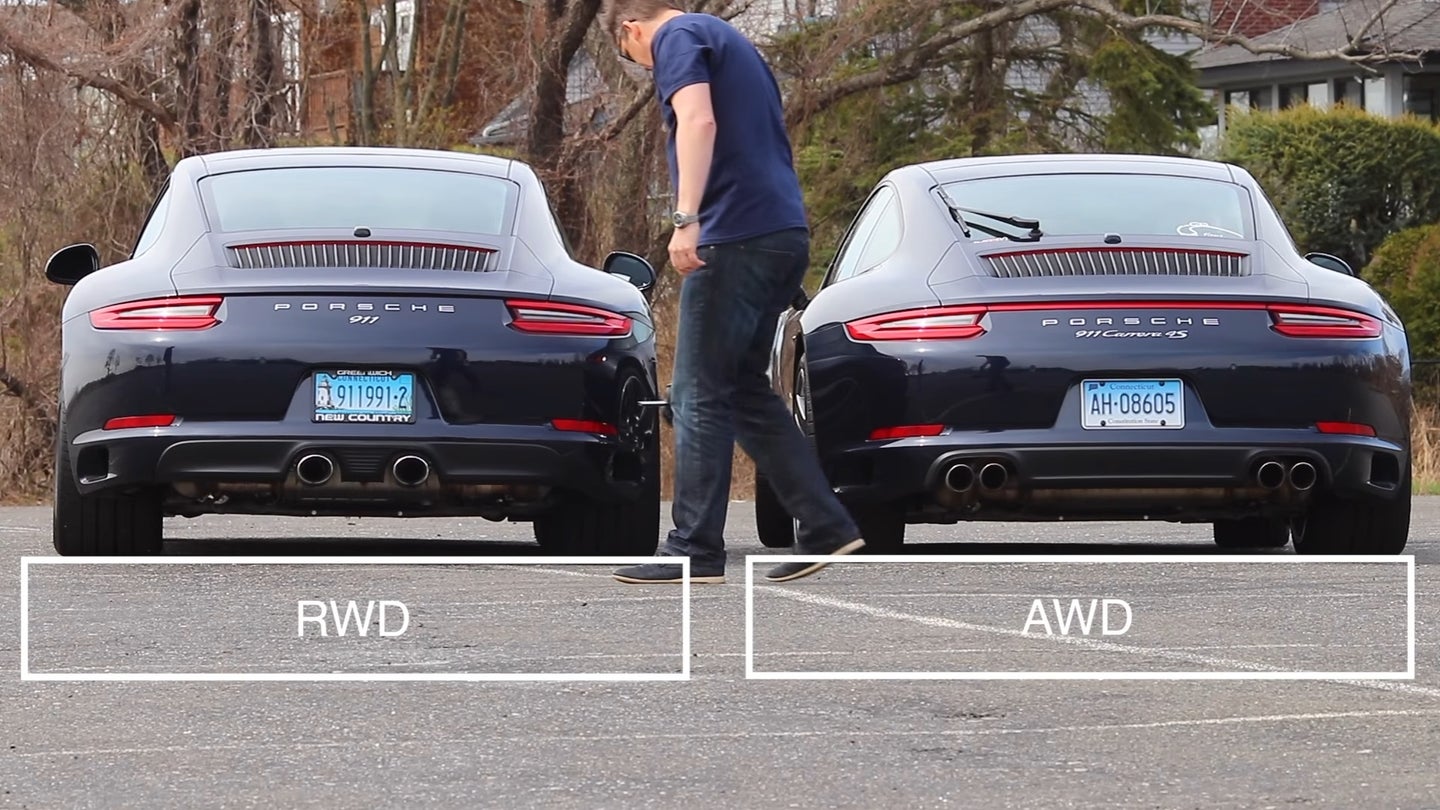 When it comes to buying a new 911, do you want an all-wheel-drive Carrera 4 or Carrera 4S, or is the lighter rear-wheel-drive model more appropriate for a sports car? In this quick video from Nick Murray, he breaks down the differences between the C4S and a similarly equipped Carrera 2. Obviously, in this case, the rear wheel drive model is also a lower spec car with less power (365 horsepower versus the C4S' 414 horses), but they're close enough to compare driving dynamics and steering feel, which is the point of this video. Both of these cars are 991.2 models with three-liter turbocharged flat six engines.

There are some interesting differences between these two cars that you might not have known simply from looking at them. Obviously, the AWD models get the light bar between the tail lights, but did you know that the front trunk in a C4S is slightly smaller than that of a 2 wheel drive model? Did you know that the Carrera 4S actually has a one-gallon larger fuel tank? Nick spends some time at the front end of the video discussing these differences in specification, and you might learn a thing or two about the current crop of 911s here.

The primary differences you're probably looking for are in the driving dynamics. Nick previously owned a rear wheel driven 911 before trading up to the Carrera 4S, giving him a distinct advantage to determine which is actually the better driver's car. His assessment aligns pretty well with our own on these two, tipping the fun-to-drive factor toward the 2 wheel drive model, even with less power. When we went on the launch of this generation of car last year, Porsche had a very low-option rear-wheel-drive Carrera with a stick and no fancy suspension trickery. It was one of the best 911s we've driven in years. Maybe just buy that one?

Someone needs to teach Nick what the term 'torque steer' actually means because he's not using it correctly.