If you're looking for a strange carbon-fiber enhanced, motorsport-inspired luxury family sedan, maybe Mansory is for you

Geneva's 2017 Auto Show is packed with big Porsche news, but none bigger, at least physically, than Mansory's new widebody Panamera. Where Porsche just recently fixed all of the ugliness of the Panamera, Mansory is there to muck it all up again if you should like to do such a thing. The fact of the matter is that Porsche's Panamera is a heavy pig of a car, and no amount of carbon fiber bodywork is going to change that appreciably. The Panamera is available worldwide with six different engine choices, and Mansory would likely be willing to kit yours out with this quasi-racing kit no matter what the horsepower level.

Mansory are all about eye-catching designs, not always in the most positive way, and they've managed to create one of the most eye-catching Porsche designs ever with this 2017 Geneva show car. Decked out in chrome-red with yellow accents and exposed carbon fiber everywhere, this is certainly one of their most ostentatious vehicles. Up front you've got a slightly 918 Spyder-inspired front bumper with tacked on winglet end plates, plus a GT3 RS nose vent at the leading edge of the hood (which is also vented and carbon fiber). The front fenders have 991 GT3 RS-style carbon vents, as well as molded-in fender flares. The lower side skirts are pulled and exaggerated far more than standard. The rear wheel arches feature more tack-on fender flares, this time with five separate ducts that presumably lead to nothing. The roof panel is also carbon fiber, or potentially just wrapped to look like it is.

In a twist of actually making things better, I sort of like the 22" split-spoke wheels Mansory has chosen for this Panamera, and fitting the car with sticky Continental rubber is never a bad idea. Further, checking out the inside of the car, they've added gorgeous quilted leather to nearly every surface. The steering wheel looks like it's contracted the mumps, the yellow stitching is overkill, and there is too much carbon fiber inside the car as well, but it's not entirely unattractive. Mansory also claim that giving the car a performance tune has freed up an extra 35 horses, but they don't say which of the six available drivetrain lineups they've tuned.

If you've liked what Porsche did with the new Panamera, but it just wasn't 'late 1980s Lamborghini' enough for you and your buddies at the South Florida country club, then maybe give Mansory a call. It doesn't appear, however, that Mansory will provide this bodywork for Panamera Executive long-wheelbase models, because that would just be too much. 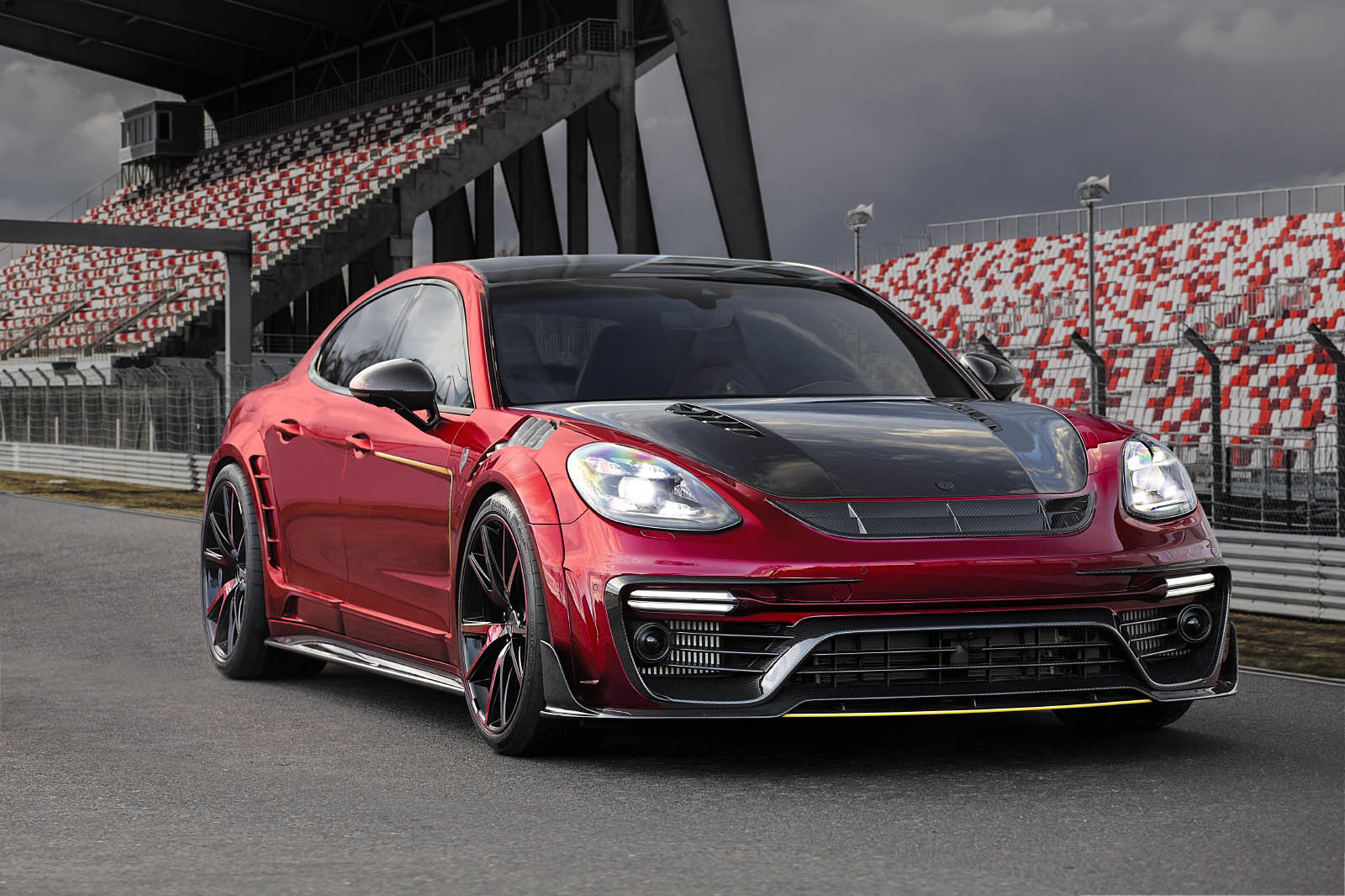 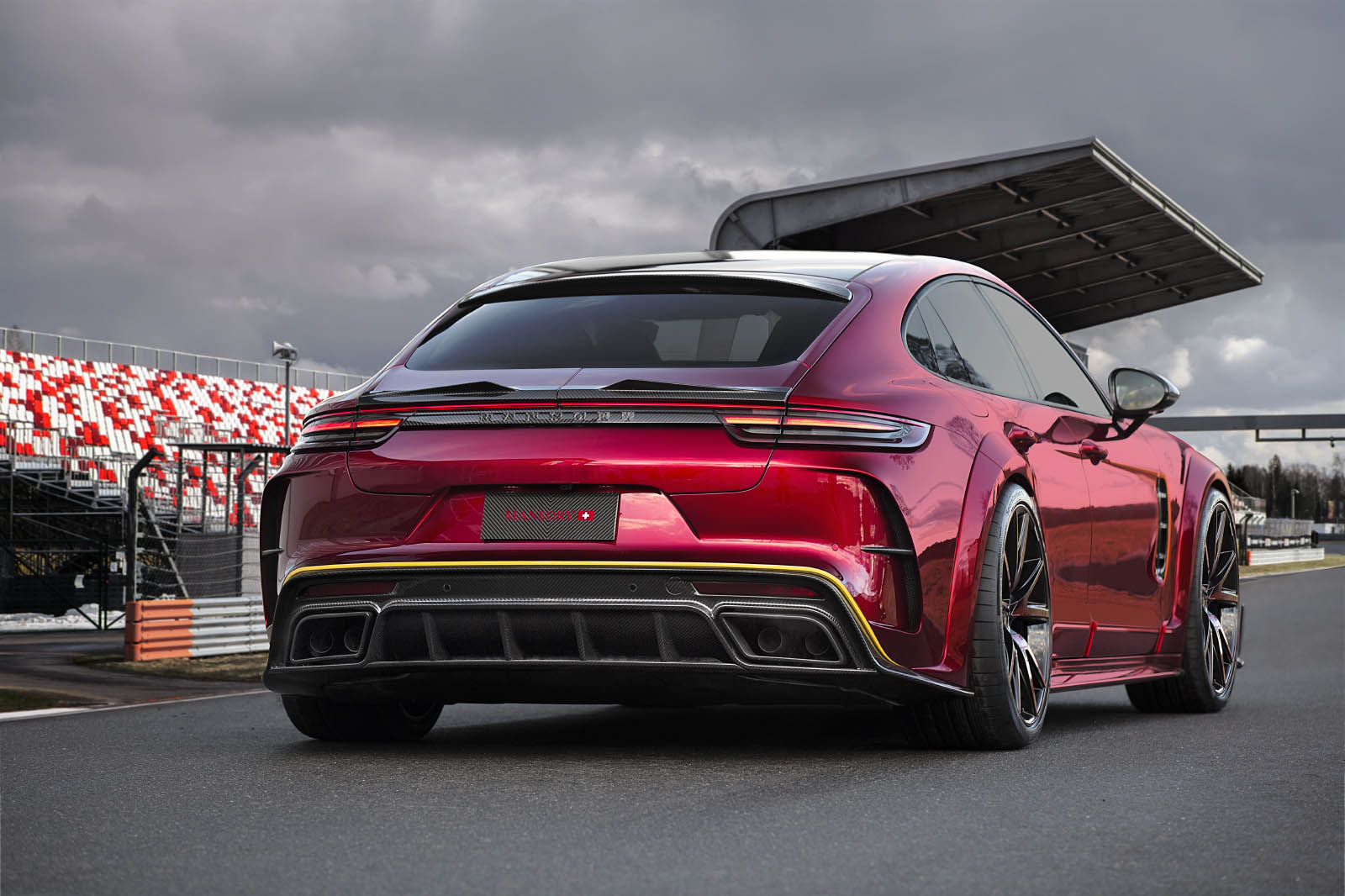 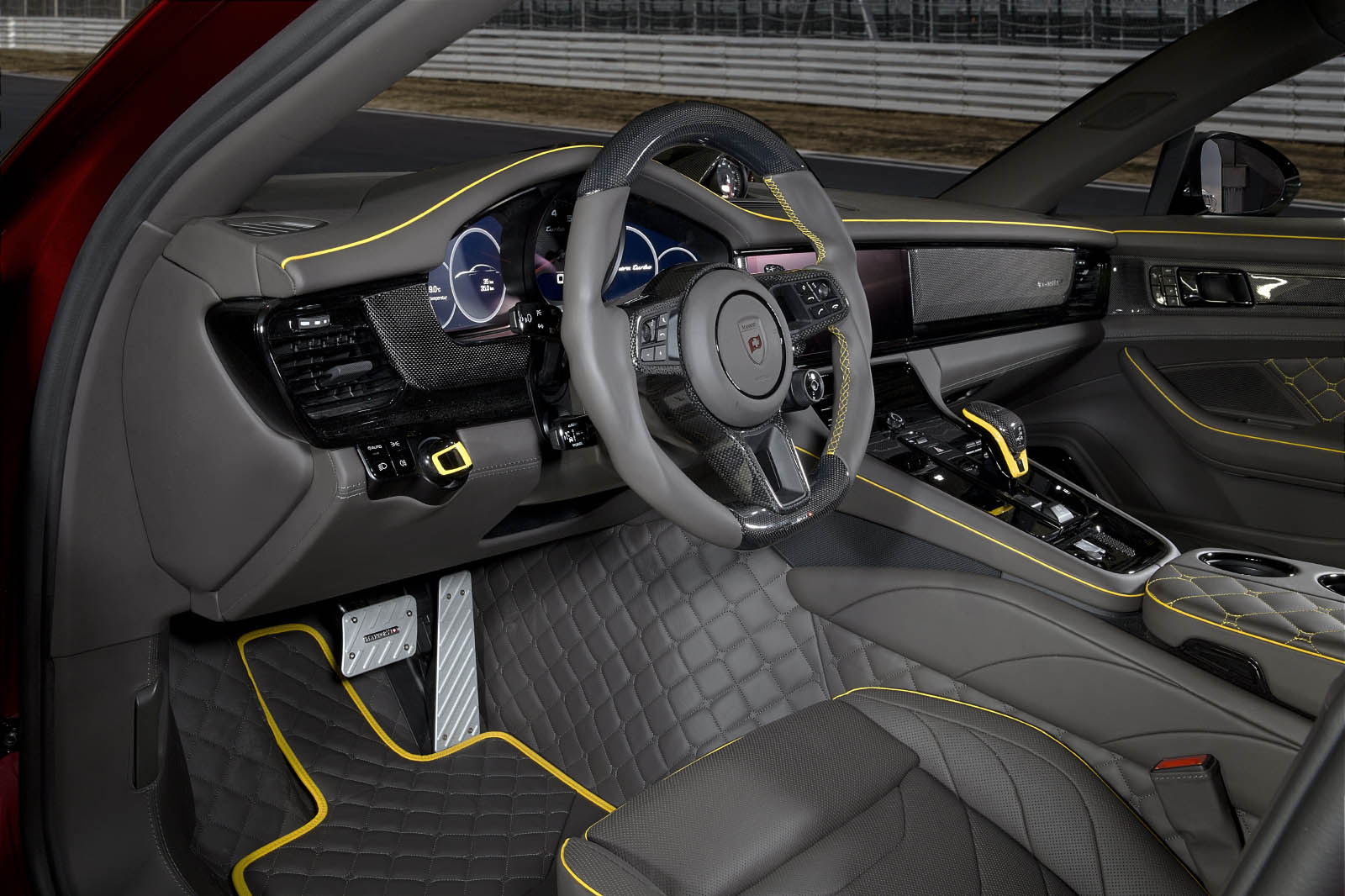 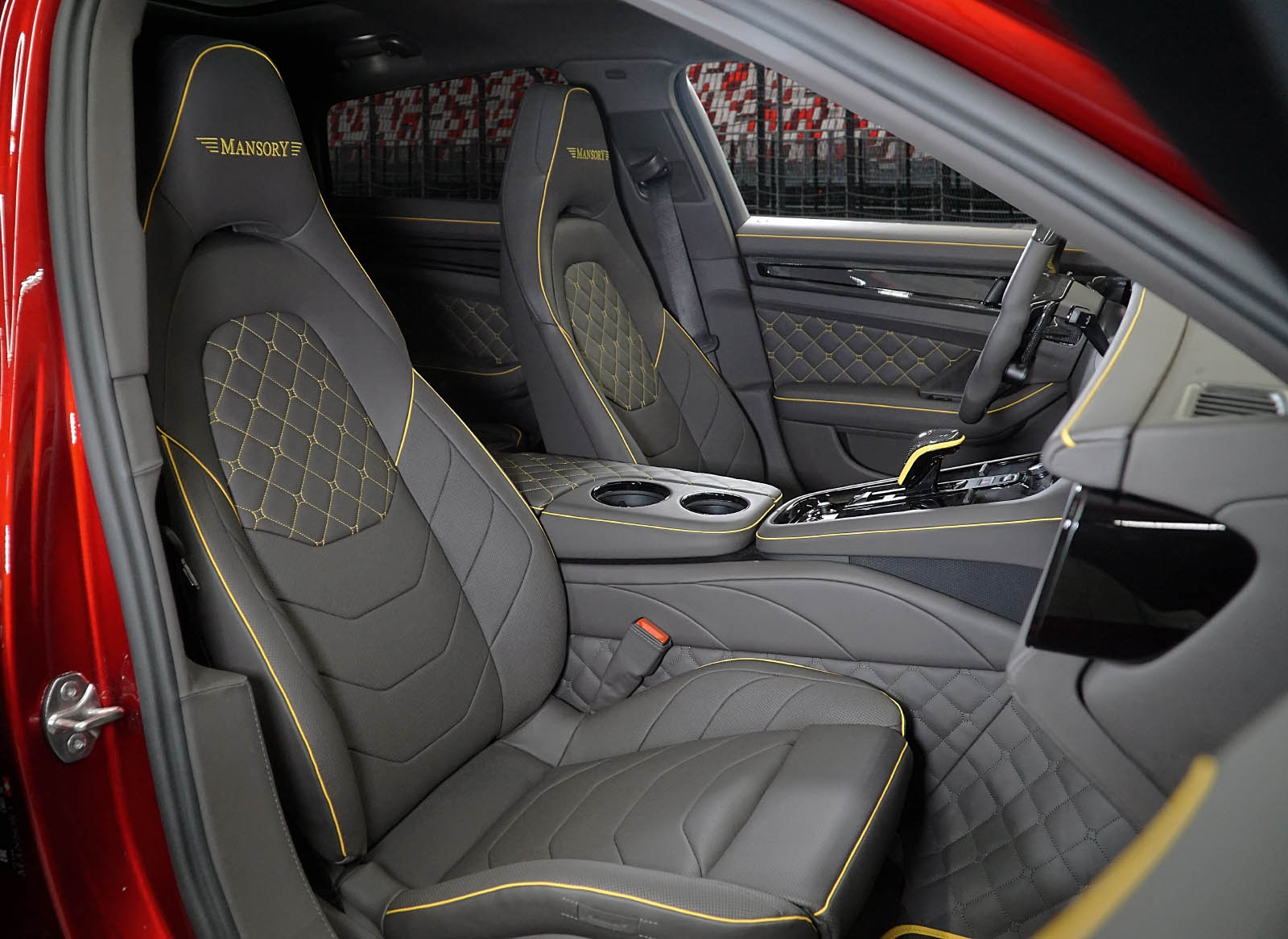 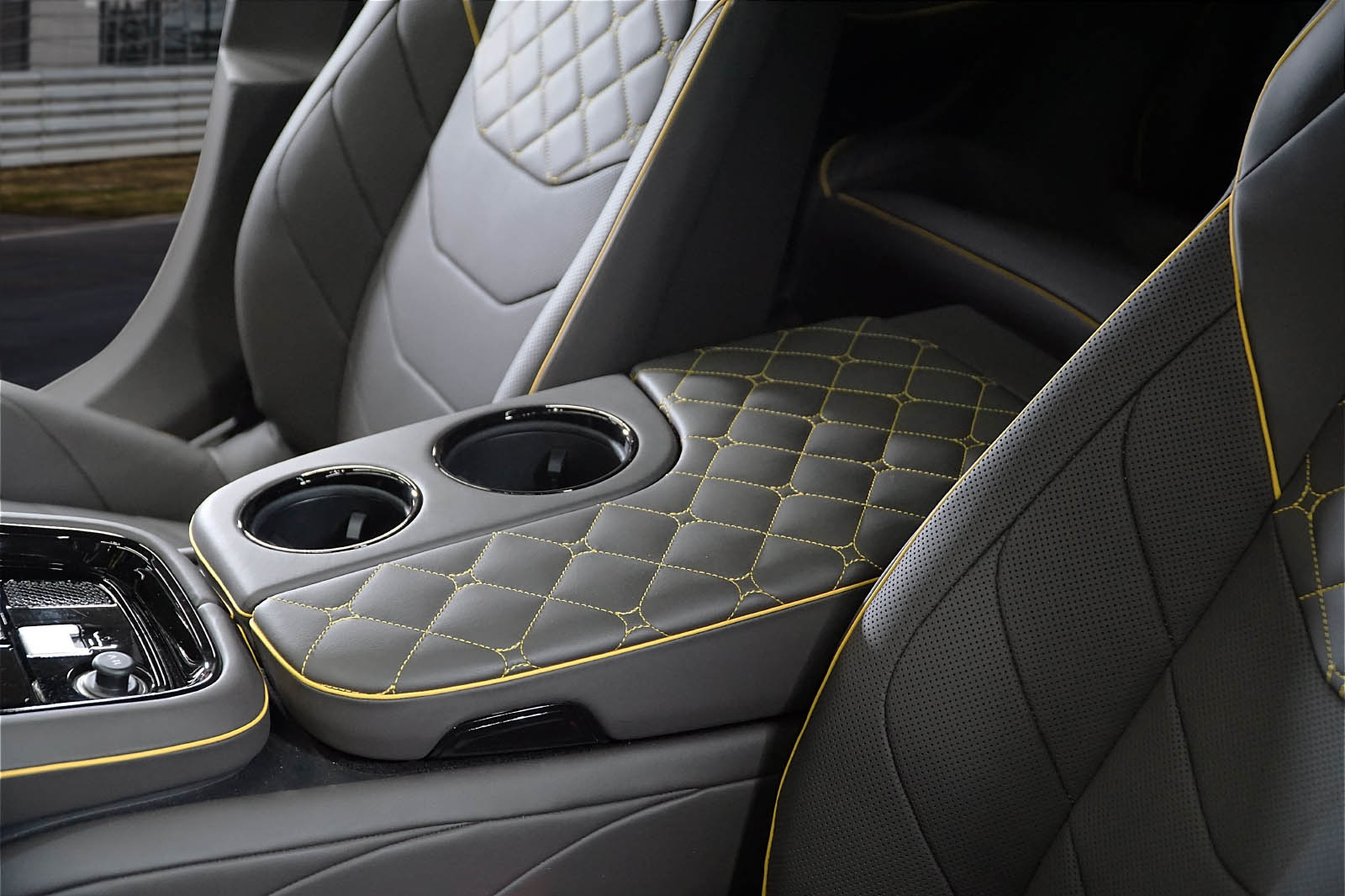