It doesn't get more 1990s German Tuning than this rad machine, on eBay now for just over a hundred grand 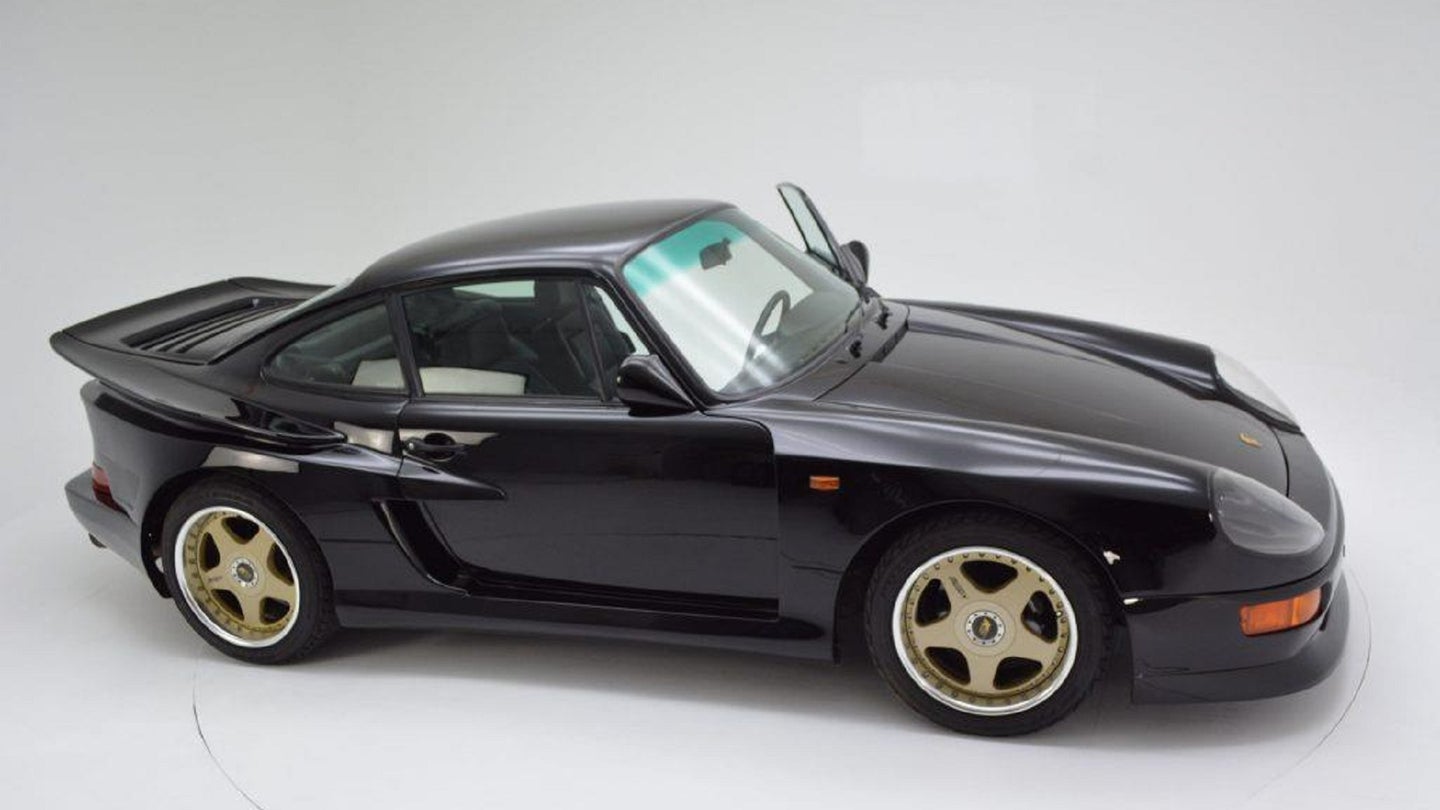 This 19,000 kilometer (about 12,000 miles) Japanese-market, one-of-eight, supercharged, all-wheel drive 1991 Porsche 964 is the epitome of German aftermarket Porsche tuning in the 1990s. Everything was ostentatious and over-the-top. Just check out the Koenig-specific bodykit and enclosed headlight housings if you need further proof. Of the major German Porsche tuners, Koenig is possibly the most restrained, producing a car that actually doesn't look all that bad. If you want truly outlandish for the time, you'd have to hand your Porsche over to Strosek. Sure, this Koenig still has caricature proportions, and the extension of the side inlet surround into the door panel is egregious, but I actually prefer this headlight and fender treatment to that of the standard 964.

The car is currently sitting in Philly, PA and allegedly has a clean-and-legal PA title. Starting with a 5-speed manual, 4-wheel drive Carrera 4, Koenig then outfitted the car with a non-intercooled Albrex supercharger. The factory 3.6-liter aircooled flat six did not receive any internal modifications, and no dyno sheets are provided, but assuming everything is still in proper working order, it should produce more than 300 horsepower without much stress. Koenig himself doesn't remember clearly but thinks the car was originally fitted with BBS wheels. The "Koenig" branded wheels on the car were produced under license by Japanese wheel company Modex, which makes sense as the car was imported to Japan after it was built.

This car was recently listed on Bring A Trailer's auction site and failed to meet reserve at $55,000 bid. It's currently on eBay with a 105 thousand dollar buy-it-now. I'm now sure it's worth that, but perhaps someone will pay it. It's a low mile rarity, and if you dreamed about that car as a teen, perhaps you'll pony up for it. What do you think? Priced fairly, or no?