Ruf Is Building A New Supercar, And It's Not Based On A Porsche 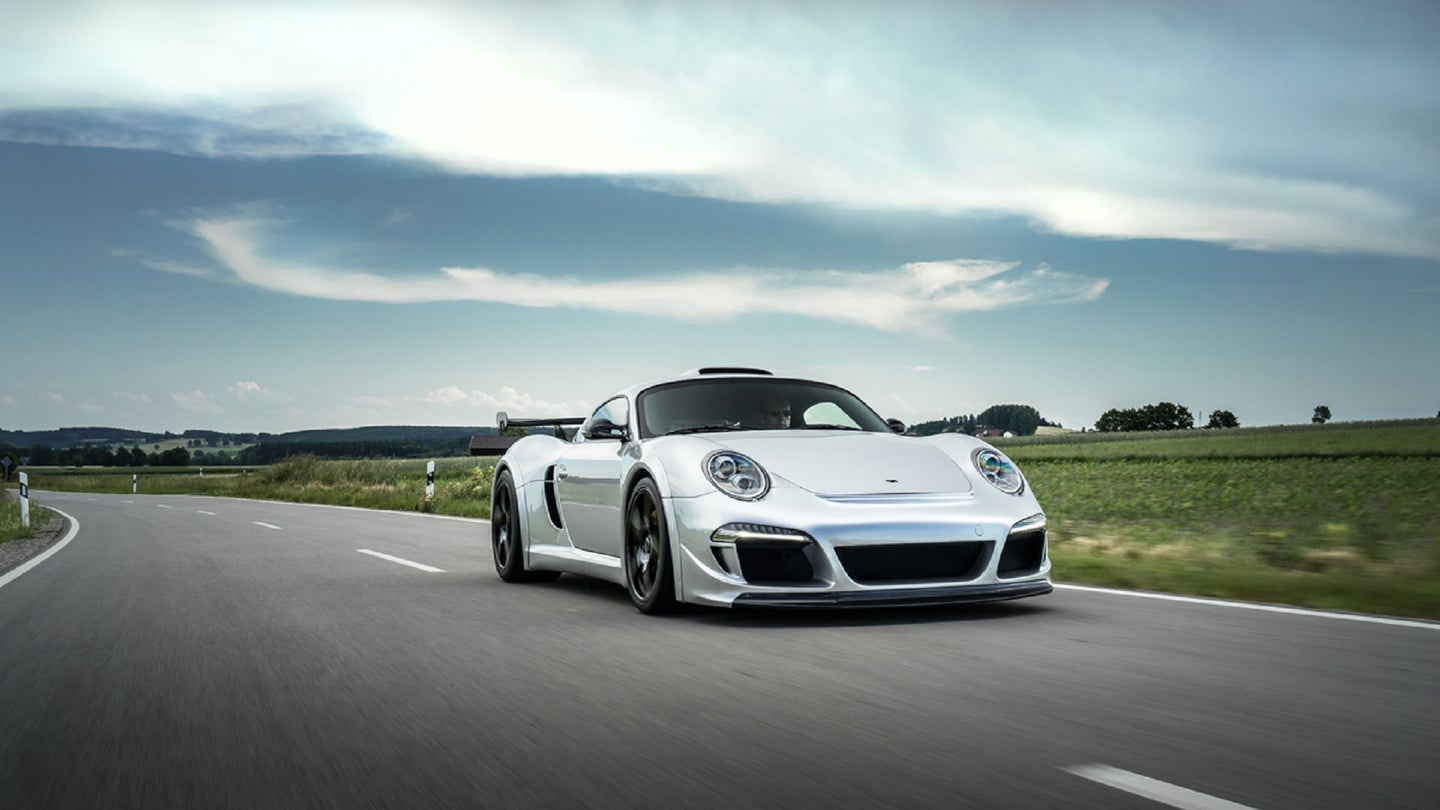 The small Pfaffenhausen-based manufacturer is back at it again with a brand new supercar, this time with what appears to be zero Porsche inspiration. For decades, Ruf Automobile GMBH has been a staple of the Porsche community (don't call them a tuner), taking the best Porsche has to offer and re-engineering them to be more powerful, faster, and often even more beautiful. Their current lineup includes a 3.8-liter 420 horsepower Boxster (Ruf 3800S), a 4.2 liter 525 horsepower widebody GT3 (Ruf RGT 4.2), a 645 horsepower turbocharged 911 Targa (Ruf Turbo Florio), an 800-horsepower 911 Turbo (Ruf RtR), and a 777 horsepower Cayman-based supercar (Ruf CTR3 Clubsport). In a press release this afternoon, they've given a teaser of their sixth model that will launch at the Geneva Auto Show (where else?) later this month.

Direct from the release:

"RUF Automobile GmbH. will unveil its first-ever sports car based on its first in-house designed carbon monocoque chassis, marking a new milestone for the brand."

Elsewhere in the e-mail they mention that this is the 'first-ever road car engineered, designed, and manufactured by RUF Automobile', and that it will be 'in the spirit of the 1987 Yellow Bird'. The Yellow Bird, of course, is the nickname for the late 80s venerable top-speed veteran Ruf CTR, which itself was based on a wildly modified Porsche 911 Carrera 3.2 platform. In a test hosted by Road & Track magazine, the 469 horsepower narrowbody CTR famously clocked higher top speeds than an F40 or 959 were even capable of, a whopping 211 miles per hour.

So we're going to see a lightweight carbon monocoque of Ruf's own design that is inspired by a top-speed lightweight nimble hero of a car that really gave the company its name in the industry. No photos of the new car have been released, they haven't announced a name, and there's no word yet on what kind of power, or even which engine will power it, but if it has a Ruf badge on it, it's bound to be pretty great. We'll have more for you on March 7th when the car officially breaks cover.