Gemballa Cranks Up The 991 Turbo Formula With Aggressive Design, Over 800-Horsepower, And The Biggest Wing Ever 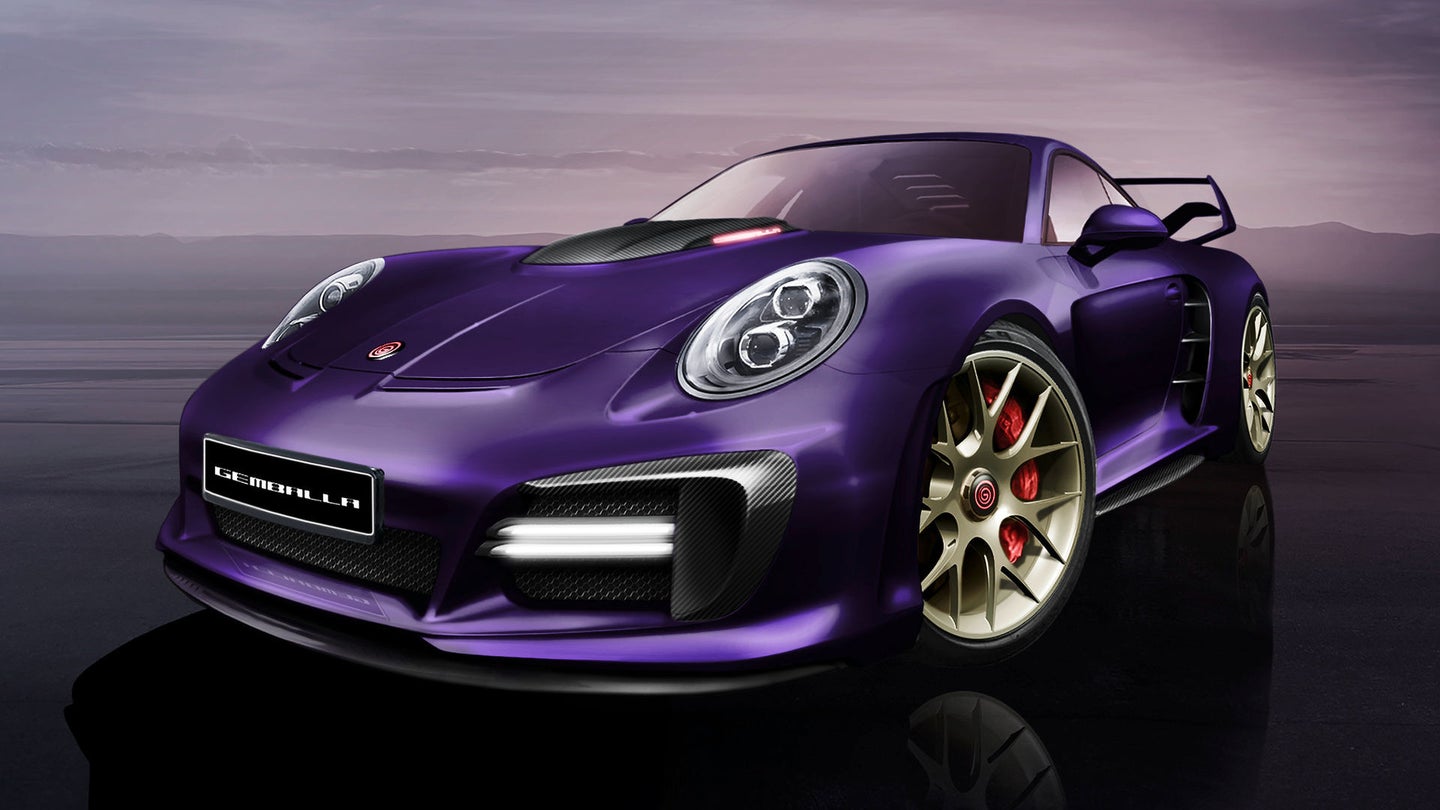 Gemballa is historically known for taking high-powered Porsches and giving them ever more power with the addition of some wild bodywork. I like to call what Gemballa does "Aggro-sthetic", an obvious portmanteau to describe this strange outward appearance. Gemballa doesn't stylize cars, but they certainly over-style them. There are those who would rather their Porsches look a bit over-the-top to match the style of their Lamborghini or McLaren. Porsche has always been the understated supercar, but with Gemballa appendages, they look as fast as they actually are.

This new Avalanche will be officially shown at the Geneva Motor Show next month, but these renderings give you a pretty good idea of what the thing will look like. In their press release, Gemballa has admitted that they will be adding nearly 270 horsepower to this 911 Turbo-base totaling 809 horses with 700 lb-ft of torque to back it up. The standard 911 Turbo can already run from 0-60 in just 2.9 seconds, so imagine how quick it'll be with 50% more power. Even with all of the drag-inducing aero, its still likely to be a 200 MPH top speed car.

From these renders, it would appear that every single panel of the 991 Turbo has been modified in some way or another. The doors have been given large recesses that lead to huge side inlets for the engine compartment. The front bumper has been modified with a deep splitter and massive brake ducts. The hood even has a muscle-car-esque power-bulge for some reason. Then there is the back, where an entire SEMA booth worth of wings has been added to the rear lid, plus a giant diffuser and exhaust pipes the size of cannons.

Gemballa will also be launching their new "GTR 780 EVO-R" at the Geneva show and promises that they will be "breaking some records" in the near future.