The correct answer is, "The greatest." 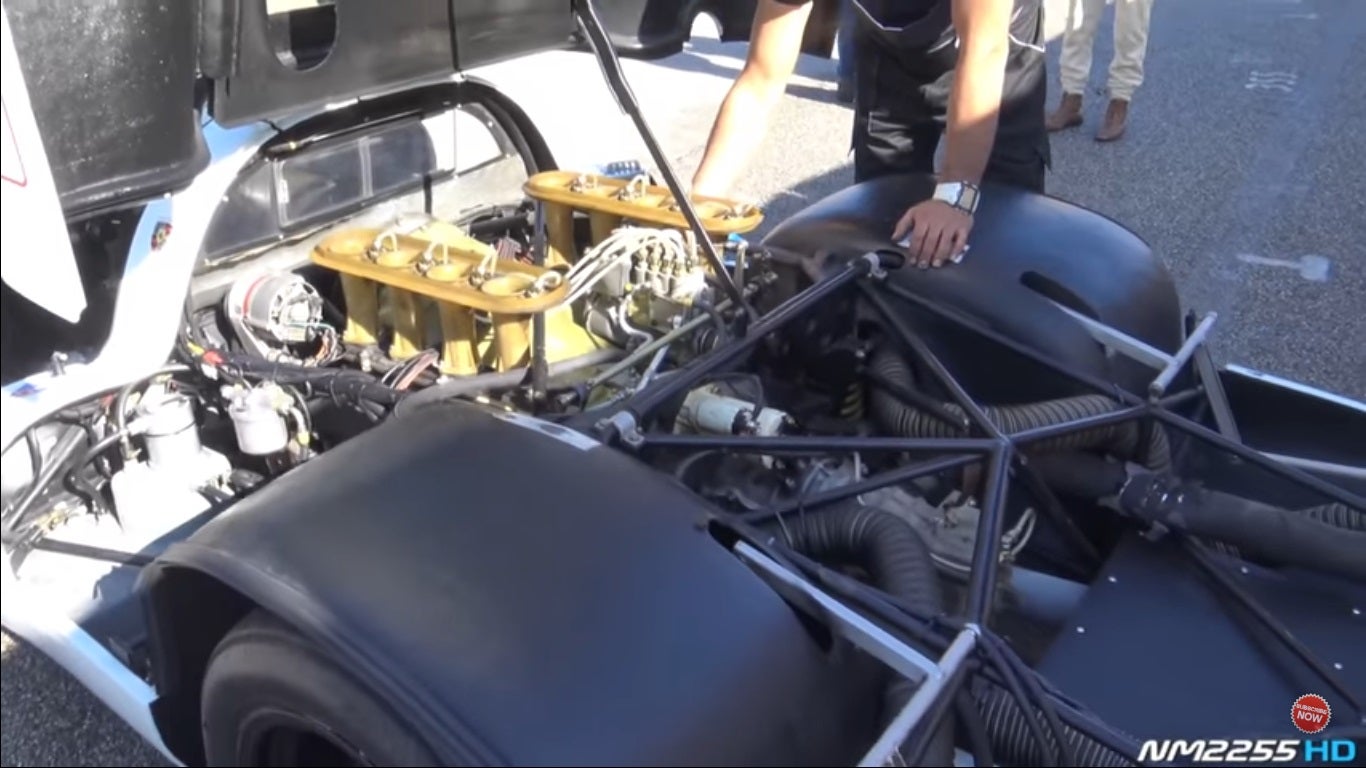 Just a couple days ago Porsche counted down their top-five engine sounds of all time, but conveniently forgot to include either the ground-pounding awesomeness of the 917's flat 12, or the 908's sonorous and sweet three-liter flat eight engine. Where the 917's exhaust note will tear your face off, and did more acting in the movie Le Mans than Steve McQueen did, the 908's engine is loud but somehow also gentle. It's a gem of an engine that deserves some recognition. Instead of Porsche officially recognizing the 908's engine sounds, consider this an homage post in their stead.

Roll this video and you'll hear one of the greatest sounding racing engines of all time. It's equal parts tough, shouty, and soothing. If you've ever heard one of these engines roaring past at full song, you'll know what I mean. You don't know what it is about this Grizzly bear of an engine, but its roar just makes you want to cuddle it. Tip your foot a little harder into the throttle, Mister Racing Driver, I'll let you know my safe word when I've had enough, thank you.

At idle it sounds pretty damn great, but once the revs rise and the engine warms up, you can hear the change in the note of the exhaust. It gets sharper, crisper, and more full-bodied. This 908 Langheck is the ultimate machine for turning money and gasoline into pure music. Watch the video, and don't be afraid to turn it up.