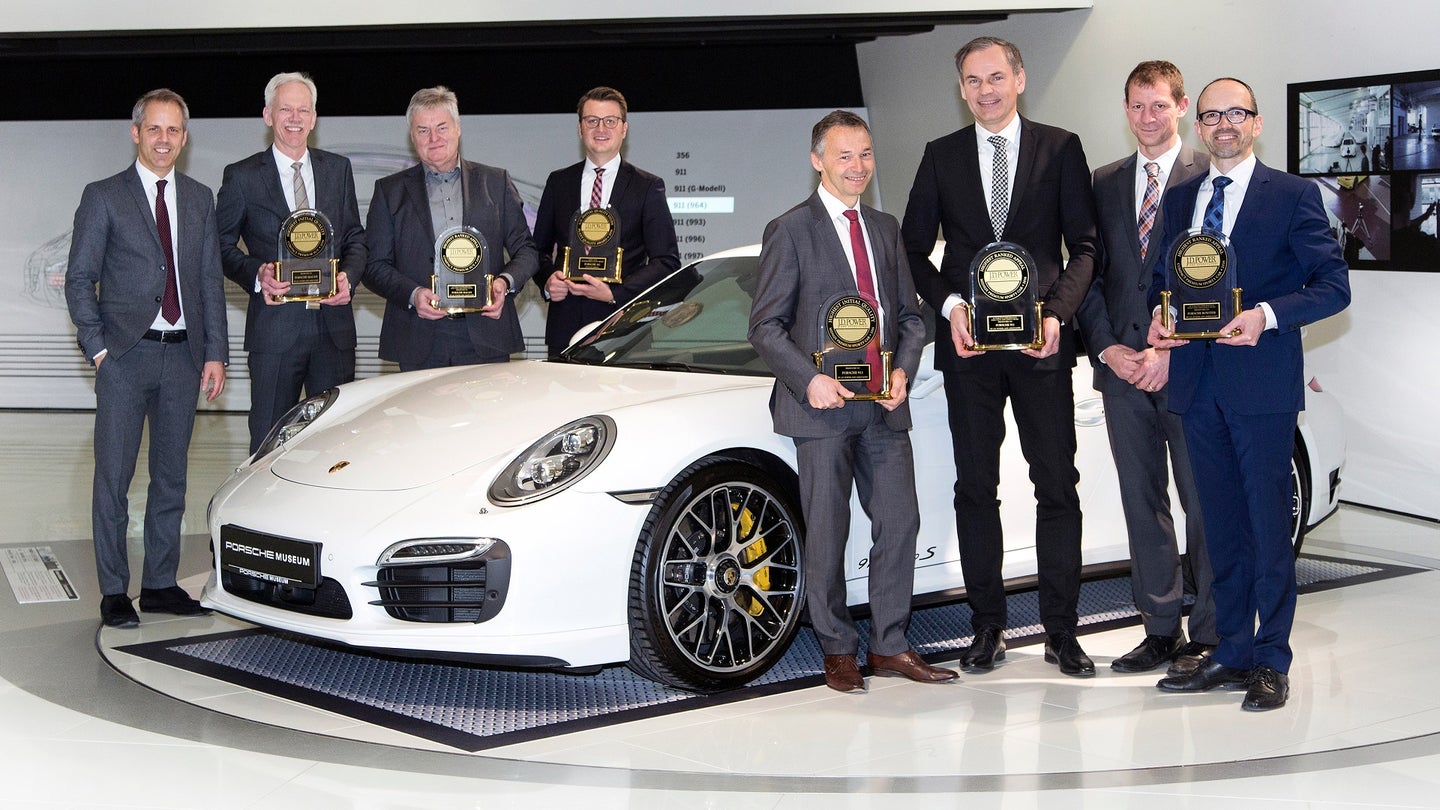 Porsche has once again come out on top in J.D. Power's annual surveys, both the "Initial Quality Study" [IQS] and the "Automotive Performance, Execution, and Layout" study [APEAL]. The market research giant polled more than 80,000 unbiased individuals, assessing 245 models in total from 33 different auto manufacturers. This year Porsche have earned a total of six new awards to add to their already brimming trophy cabinets. Awards were handed to Porsche on behalf of their 911, Macan, and Boxster models.

Perhaps the most prestigious award that J.D. Power hands out was won by Porsche this year, the "highest overall in initial quality" that you occasionally hear touted is an actual award, and was given to the 911 lineup, which also won the initial quality award in the 'Midsize Premium Sporty Car' segment for the fifth year in a row. The 991 generation of 911 was introduced in 2012, and has won this category every year since. Also winning the initial quality class honors, the Macan won the 'Compact Premium SUV' category.

The APEAL award is determined by the results of new car customers 90 days after purchasing their new vehicles. The 911 won in the 'Midsize Premium Sporty Car' category, while the Macan took 'Compact Premium SUV', and the Boxster took 'Compact Premium Sporty Car' honors. It would seem that customers are still quite satisfied with their Porsche purchases 90 days after taking delivery.

Porsche's Stuttgart-Zuffenhausen production plant was also awarded as the highest quality facility in the Europe/Africa region. This is all quite high praise, but considering Porsche's track record of making damn good cars, it's difficult to be surprised when they're recognized for it.