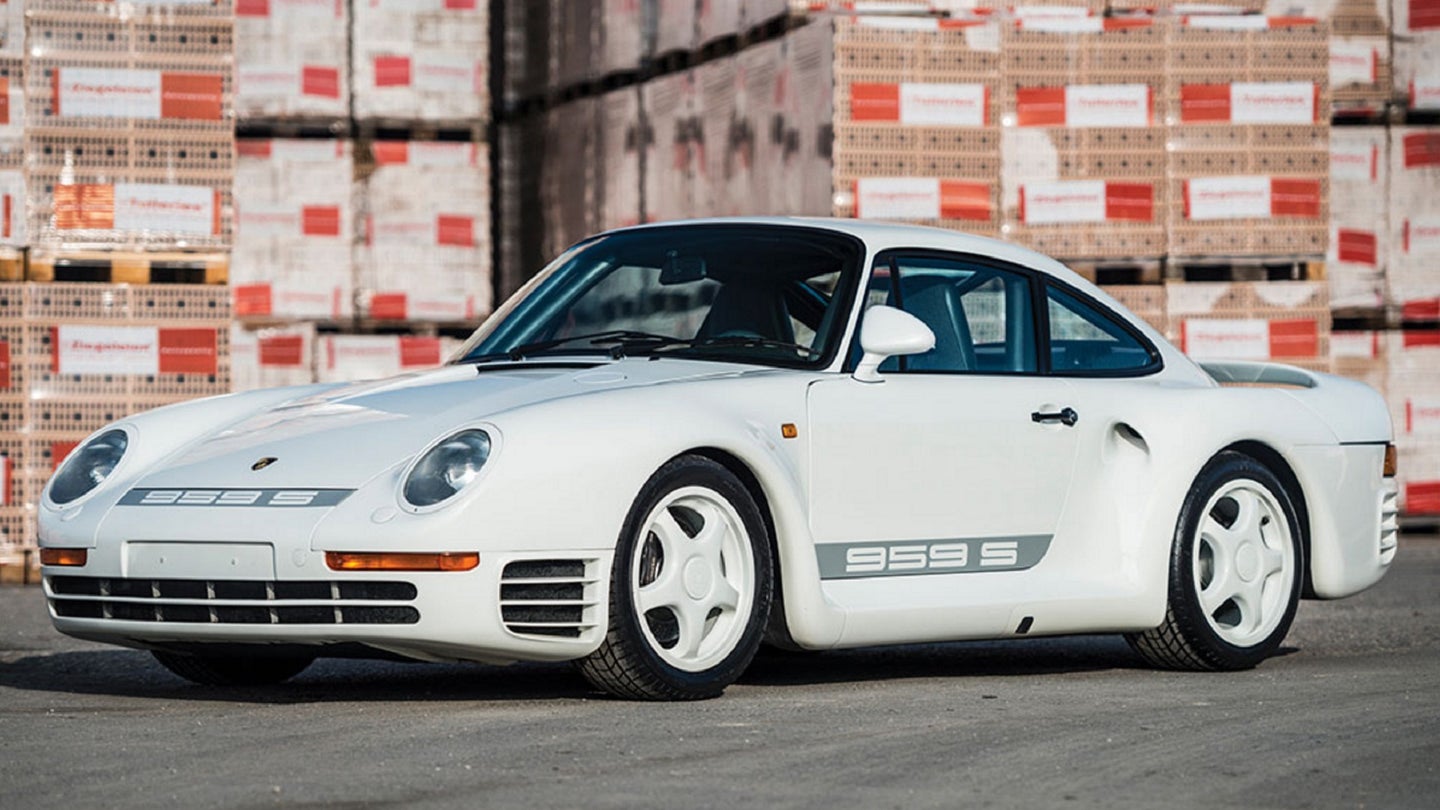 Porsche's 959 has long been a must-have addition to any Porsche collection, but even rarer is the 959 Sport with only 29 of them built. We all know that there were no 959s originally sold in the US, but the 959 Sport was originally destined for US buyers. The car was originally supposed to be a racetrack special for US owners to enjoy without driving them on roads, and all of them were equipped with coilover sport suspension, racing belts, sport seats, and a leather-wrapped rollover bar. By virtue of the removed components, a 959 Sport is about 220 pounds lighter than a 959 Komfort. When the first batch of US-purchased 959 Sport were received at the port, customs said the car had far too nice an interior to be a race car and denied them entry to the country, for fear they would be used on the street illegally. Porsche returned them to Germany and refunded as many owners as wanted their money back, then re-sold them to European buyers.

This car, however, was purchased by Vasek Polak, Jr., and he didn't want a refund. Instead, he went to Europe to take delivery of the car, drove it around for a bit, and later found a way to import it into the US anyway. The car was mostly stored while in the US, bouncing from Polak, Jr. to another American collector, who sold the car to a Swiss collector in 2008, where it has remained until today. This 959 Sport spent about 6 months in-situ at the Porsche Museum in Stuttgart to celebrate the launch of the 918 Spyder. The person who purchased the car today is the ludicrously rare 959's fourth owner. It only has just over 11,000 miles on the odometer, and remains in excellent condition.

This is the first 959 sale we've ever seen breach the 2 million dollar mark, and likely will not be the last. Just a few years ago, these cars were struggling to sell at $750,000, but now trade hands over a million regularly. A couple of years ago, it was a 959 Sport that first broke that million dollar threshold, and again it is a Sport breaking records. The bidding on this lot started low enough, but rapidly pumped up above the million mark, by the time 1.5 million Euro was reached things had slowed considerably, but smaller increments got the car up to 1.75 million Euro at the drop of the hammer. Current conversion puts that final bid at $1,869,000, plus a 10% buyer's premium means a grand total of $2,055,900. Well sold, we say.

You can watch the full auction here on YouTube, and read more about this 959 Sport on RM Sotheby's website.