A Daytona-Winning 962, a Sebring podium earning 935 K3, and a low mileage 997 RSR will headline Mecum's Porsche offerings in their upcoming Florida auction. 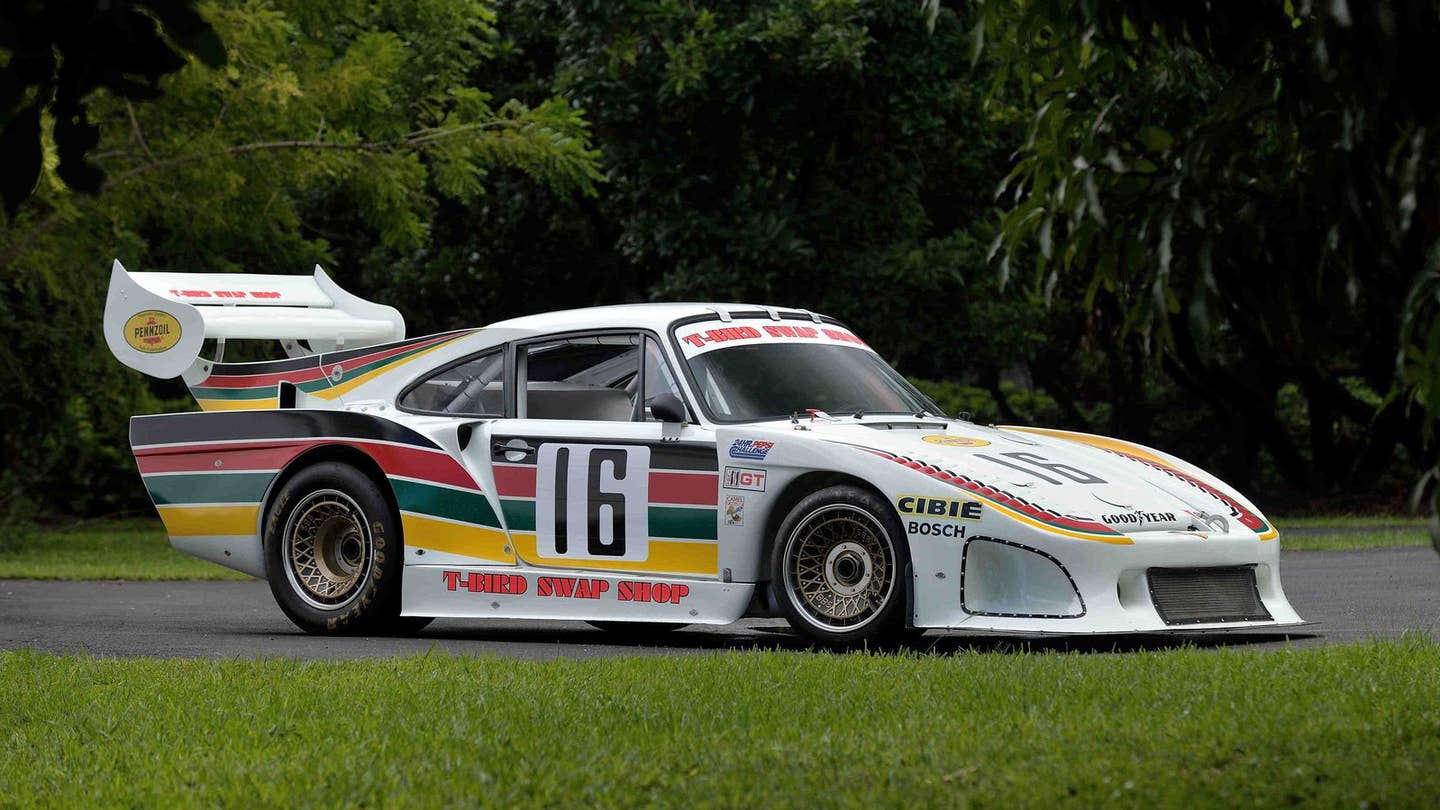 Collecting vintage racing cars is a big business these days, and Porsches more than most. As such, Mecum Auctions have been stocking their sales with retired racing Porsches, gradually ramping up their coverage over the last couple of years. Their Monterey sale this summer featured no fewer than 84 Porsche lots, including a pair of 962s, a 993 GT2 Evo, and special edition GT3 Cup car. Next month in Florida, Mecum plans to extend their Porsche sales. The Kissimmee sale is nowhere near the level of a Monterey or Scottsdale, but Mecum has managed to bring out a bunch of car enthusiasts to their sale, and hope that at least some of them will be Porsche fanatics. Some of the more important road car sales this year include a 964 RS America, a 2005 Carrera GT, a 996 GT3, a 914-6, and pretty much anything that says Turbo they could find. For a highlight of three of our favorite race car lots from the sale, keep reading!

This Porsche was originally sold by the factory as a late production 934.5, essentially a 935 with front bodywork still featuring the protuberous headlamp fender bulges of the street 911. The car featured a nearly 600 horsepower single-turbo flat six, and was one of the dominant racers of late 1970s IMSA competition. The car, at the time featuring chassis number 0960, was sold initially to Ron Brown who raced it for a short time in the Pacific Northwest. Brown sold the car shortly thereafter, alledging that it was too much of a handful for him to drive properly. Cliff Kearns purchased the car in the summer of 1978, but just a few months later it was crashed heavily by Milt Minter. The car was sent to A.I.R. in southern California for a full rebuild with a new chassis (#DMV47012CA), and the car was prepared for Sebring the following year for Kearns and Gianpiero Moretti (founder of MOMO). Kearns eventually sold the car due to the financial strains of motorsport, passing it on to Marty Hinze.

Hinze took the car to the 1980 Watkins Glen 6 Hours, where the transmission ate itself. Rather than just rebuild the transaxle and get back to racing, Hinze decided a full upgrade was in order, and had the chassis updated to 935 Kremer K3 specification with a twin-turbo 3-liter engine and all of the trappings. This car continued racing in top-flight IMSA racing through 1987, a full decade after it was initially built. In all that time, it logged an astonishing seven starts at the 12 hours of Sebring, grabbing a 3rd place overall (part of a Porsche 1-2-3-4-5-6-7 finish) in 1981. Throughout its history, this car has been driven by the Whittington Brothers, Preston Henn, Randy Lanier, and Milt Minter. This is sure to be a car that would receive a welcome invite to any vintage racing event, and should definitely make an appearance at the next Porsche Rennsport Reunion (whenever that is...)

If you thought that 935 was good, check out this phenomenal 962! By 1989, everyone had pretty much figured the 962 program was dead in the water and wouldn't be competitive against newer, more technologically advanced machinery. This particular Porsche, #962-108, had some aces up its sleeve in the form of Derek Bell, Bob Wollek, and John Andretti driving at the Daytona 24 hours race that year for consumate professional team owner Jim Busby. The drivers, led by Bell's expert endurance experience, blew the rest of the field away, finishing ahead of Jaguar's XJR9 that year, and winning by a country mile. Not only was the Daytona win a big one for Porsche, but it was also the 50th victory for the 962 model, a phenomenal feat. Outside of those three, the car was also driven by Jim Busby, Rick Knoop, Mauro Baldi, Jochen Mass, Briand Redman, and Daron Brassfield. Aside from all of that, even, is the iconic 80s/90s Miller High Life livery that all of your Porsche-loving friends are sure to fawn over.

This car was also a part of Mecum's Monterey sale, and did not reach reserve.

The final car in our trio is this lovely 997 RSR that is one of just 35 cars produced. The car was produced for Pro Speed Competition, where it was used as a testing and backup car for the 2007 season. For 2008, the car was campaigned in three FIA GT races, and did not sustain any accident damage. Since 2009 the car has been a part of a private collection, and has not been raced since. The car features less than four running hours on a factory engine rebuild, making it ready and raring to hit the track again. If you're looking for a killer HPDE special, or something to race with a number of vintage racing series, this one would be a modern GT car that has a whole lot of go-fast, while still being reasonably easy to drive for a non-pro.