Porsche's LMP1/98 Pops And Cracks Up The Hill At Goodwood 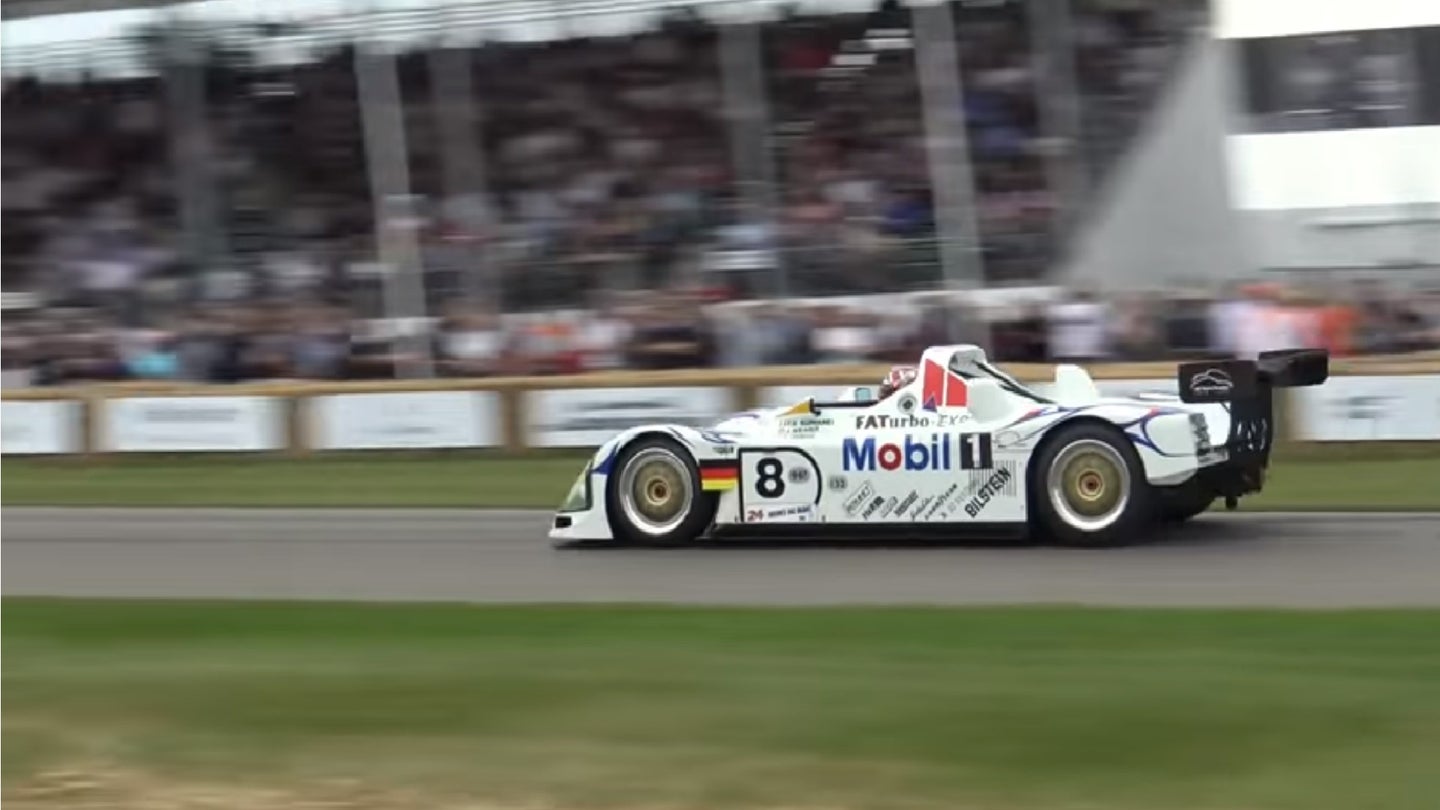 The Porsche LMP1/98 is a truly interesting car. At the time Porsche was putting their factory-backed eggs in the GT1 class basket with a 911-based homologation special. There was another class of car for prototypes that raced head-to-head with the GT1 cars, and Tom Walkinshaw Racing was running a privateer Porsche effort with some under-the-table factory backing. With an interesting history and class-winning provenance, this LMP1/98 had potential to win Le Mans if Porsche couldn't make it happen with the GT1-98 (which they did, obviously). Having a second bullet in the proverbial gun played to Porsche's advantage. Unfortunately for TWR, both LMP1/98s failed to finish the 1998 Le Mans 24.

This video from the 19Bozzy92 channel on YouTube is great. It's not too long, and it doesn't have any silly music or cut screens to sit through, and the car is the star. You don't need to invest a lot of time to enjoy a short video like this, just crank up the sound and listen to that turbocharged flat-six scream its way up the hill at Goodwood. With a long first gear it's not exactly lighting up the rear meats on a start up, but once it gets rolling, this engine really rips, and spools up the turbos with a sense of urgency.

Believe it or not, this chassis was actually originally designed by TWR for use by Jaguar, as it's a modified version of their XJR-14 racer from the early 1990s. It raced as the WSC-95 chassis with Porsche power as well, which won Le Mans twice in 1996 and 1997. This is the only remaining LMP1/98 in the world, as its sister car was restored back to Le Mans winning WSC95 specification.