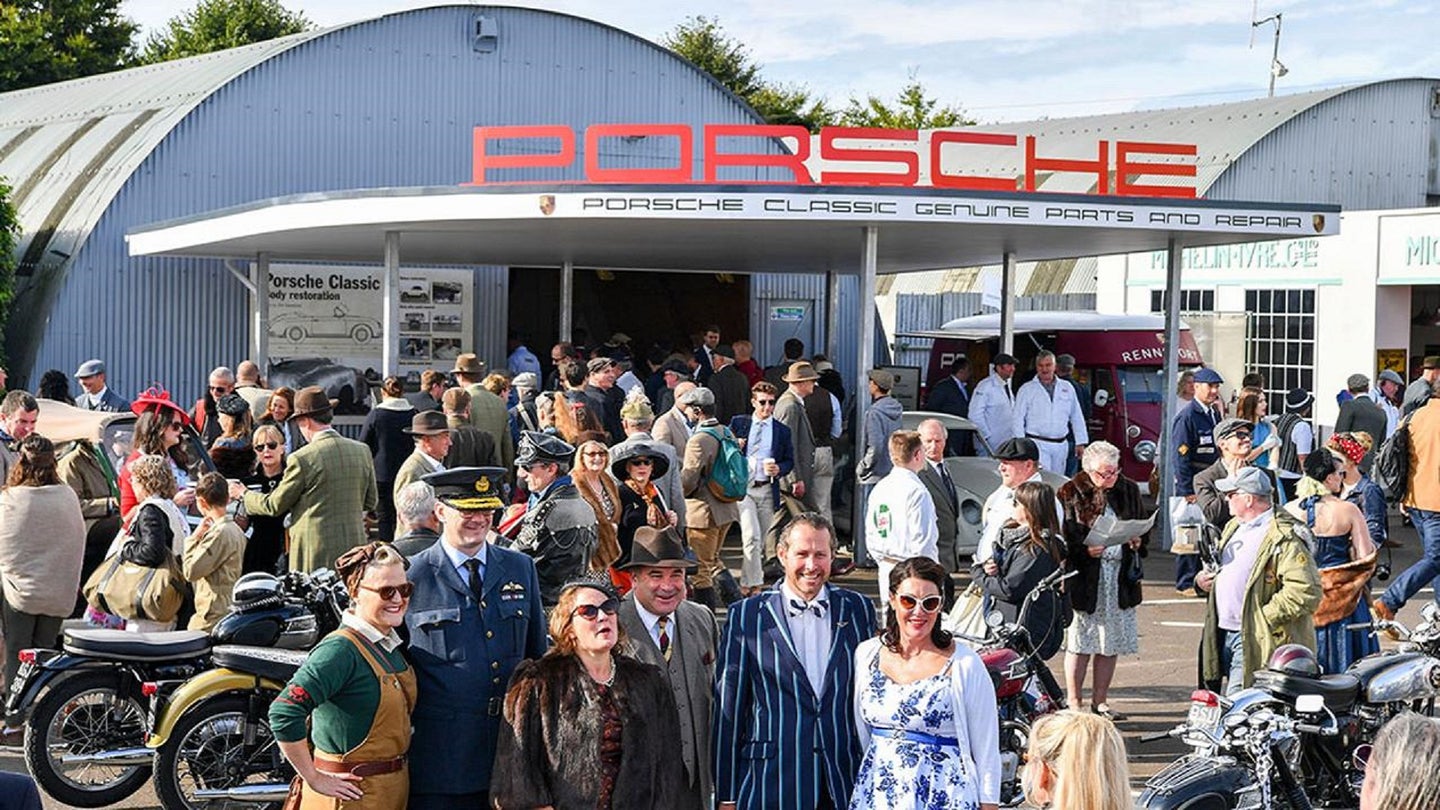 The Goodwood Revival is probably the most popular convention for classic racing cars from before 1966. In 1966, Porsche was still a fledgling company without much history to draw from. Certainly they'd already begun the transition to fiberglass flyers with the 904 Carrera GTS and 906 Carrera 6, not to mention the 550s, 718s, and Abarth GTLs that preceded them. They'd accomplished quite a lot in just 18 years, but were still relatively small, especially in comparison to the behemoth they've grown into today. The 1960s were a simpler time for Porsche, and the recent Goodwood Revival weekend was a way for Porsche to return to their roots.

In the midst of the on-track action, Porsche Classic put up a small and quaint repair shop and parts store mock up, showing folks a bit of what their old components look like. There was a 356 taken apart to show how a restoration like that might be undertaken. There were shelves upon shelves of Porsche Classic display pieces to show off the recreations they're building today to support vintage customers' cars. And, of course, their mechanics and attendees alike were all dressed in the requisite period-correct attire.

Goodwood Revival weekend seems like the greatest vintage car event possible, allowing folks to relive the glory days of motor racing, Before many of us were alive, before the study of aerodynamics was more than a dark art, before safety meant more than a leather helmet and bomber goggles, these were the kinds of cars taking on the biggest and best tracks the world has to offer. It's great that Porsche still supports these vintage cars in the way that very few manufacturers do. 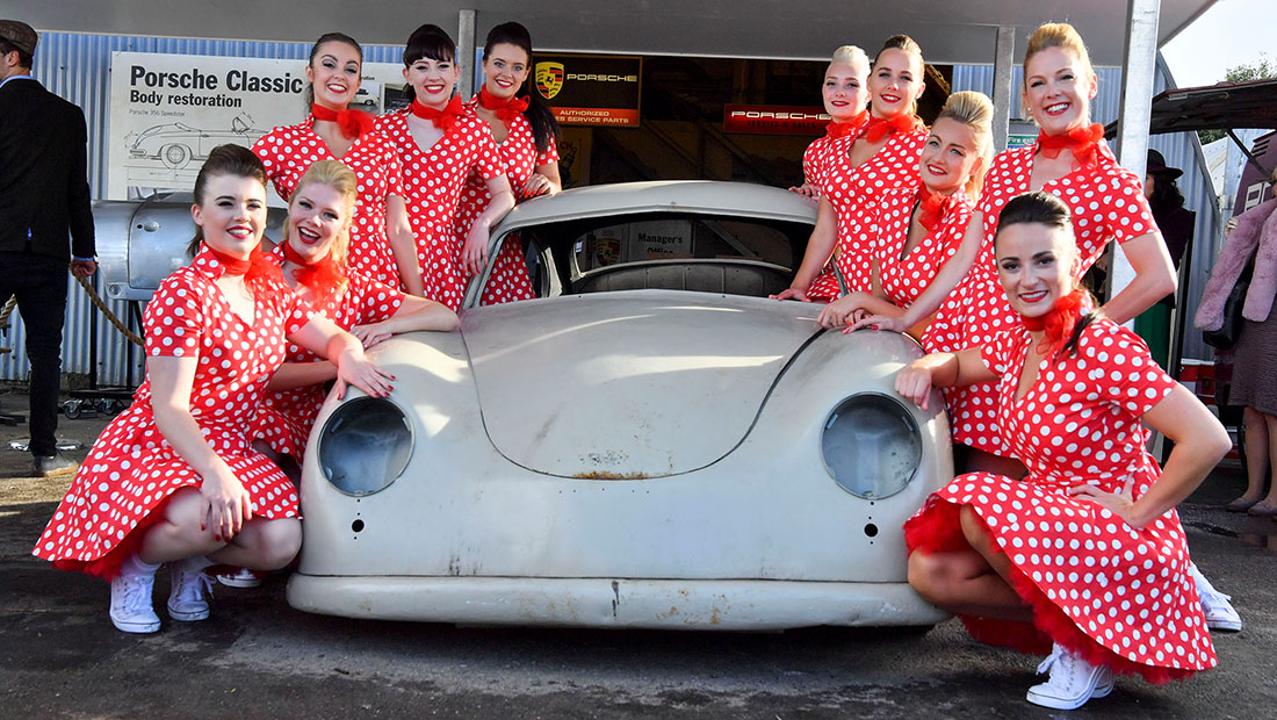 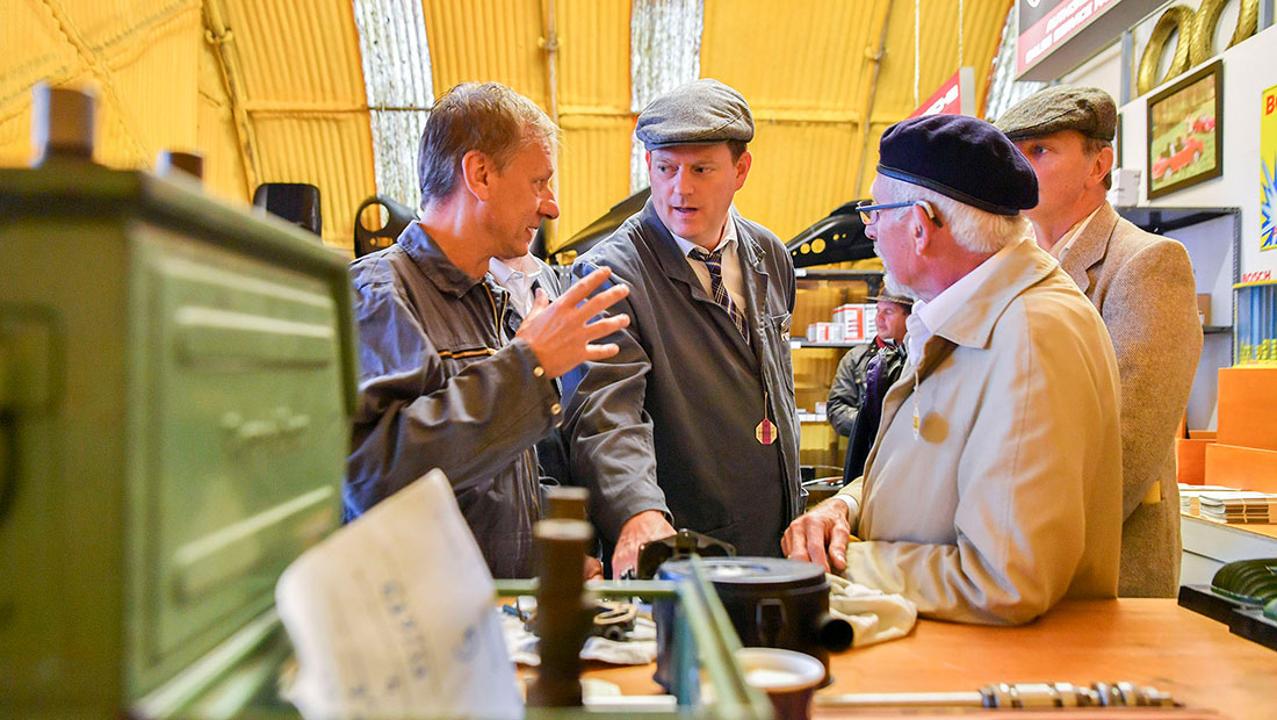 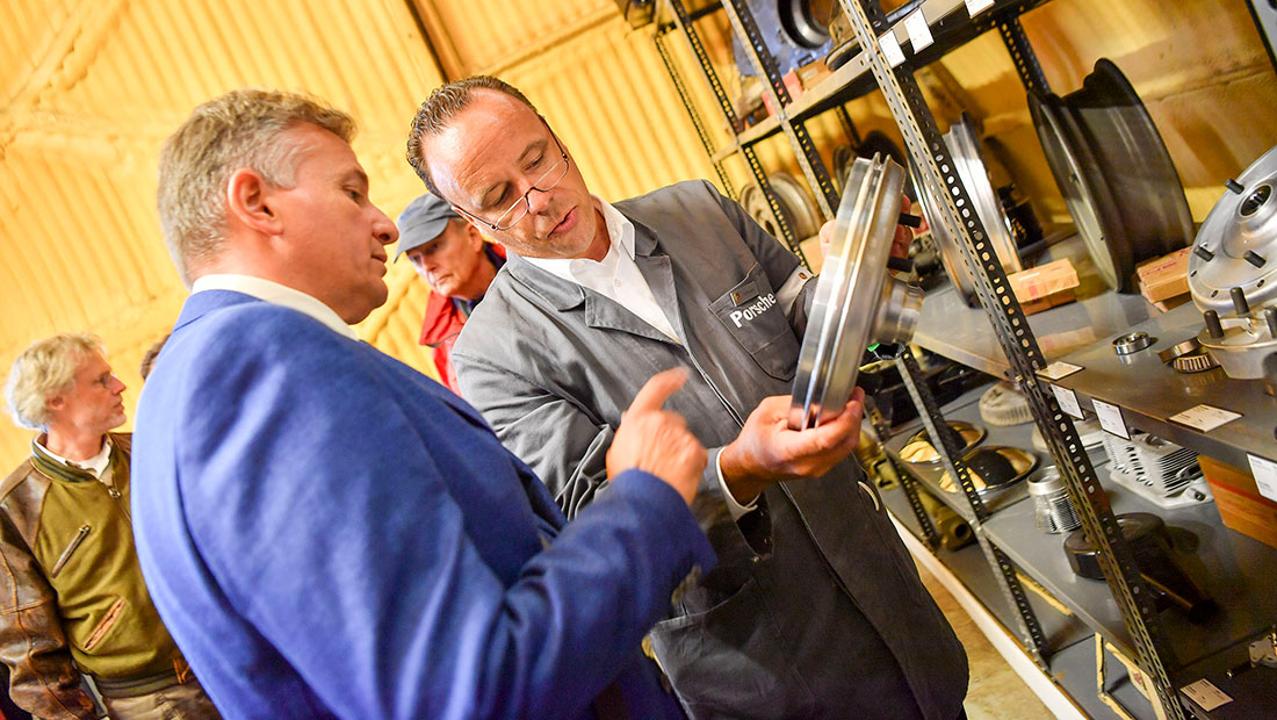 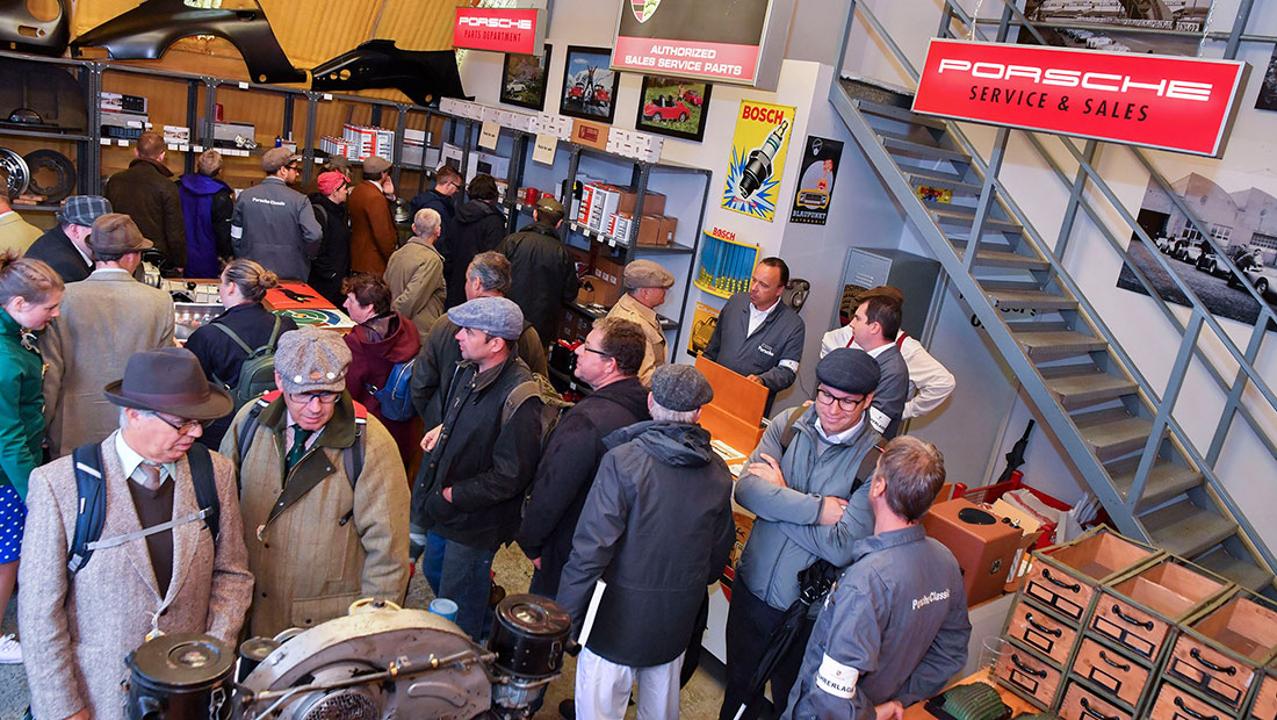