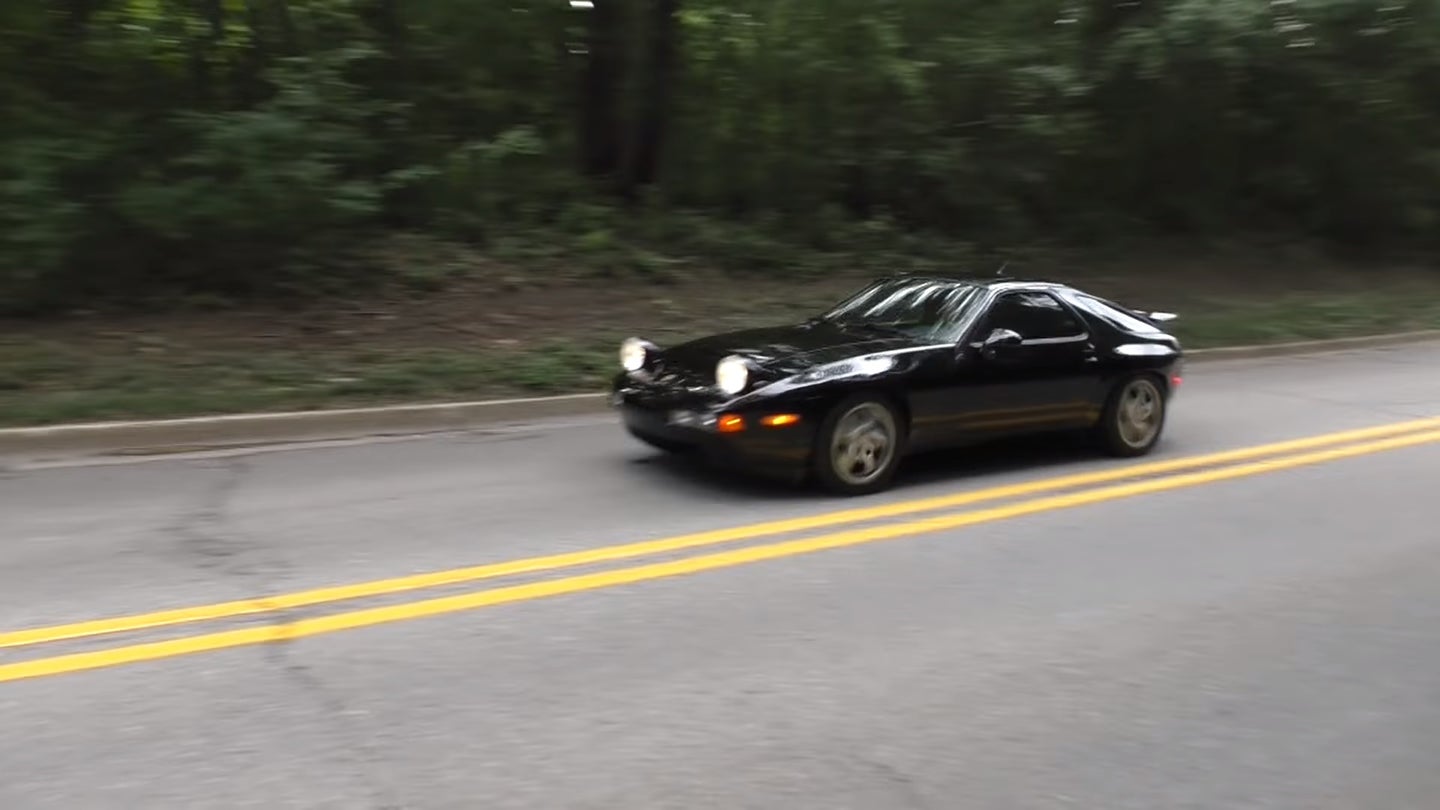 There are certain aspects of the 928 GTSs design that are a bit strange, and it's never really been considered a classically handsome vehicle. On the outside you can see the pop-forward headlights, the strangely shaped rear quarter windows, and some other anachronistic design features from when the car was launched in the mid-1970s. Inside, there are strange buttons and oddball features like rear-seat sunvisors for practically non-existent rear seats. The 928 is faster, more comfortable, and more practical than its contemporary 911 brothers, however, with more storage space, better materials, and a 350 horsepower front-engine watercooled V8.

Don't get us wrong, Porsche's 928 is an awesome car, especially in GTS guise. If you are looking for a comfortable big-engine torque monster cruiser from a German manufacturer, you can either get a 928 or a BMW 8-series. Given our personal tastes, we'd take the 928 every single time. The Mercedes-sourced 4-speed automatic feels a little long in the tooth, but it's still probably the right choice for the 928's character. The manual 928 is more engaging, but that is not a very good transmission if we're honest, and it's less fitting with the comfy cruiser attitude.

Stick around for the story at the end, explaining why Peter Schutz saved the 911, which was supposed to have been replaced by the 928. It's a good thing he did, because the 928 ended it's lifecycle in the 90s, while the 911 continues on, admittedly quite different from what it was when he saved it, through to today. If Porsche had killed off the 911, they may not have survived as a brand.