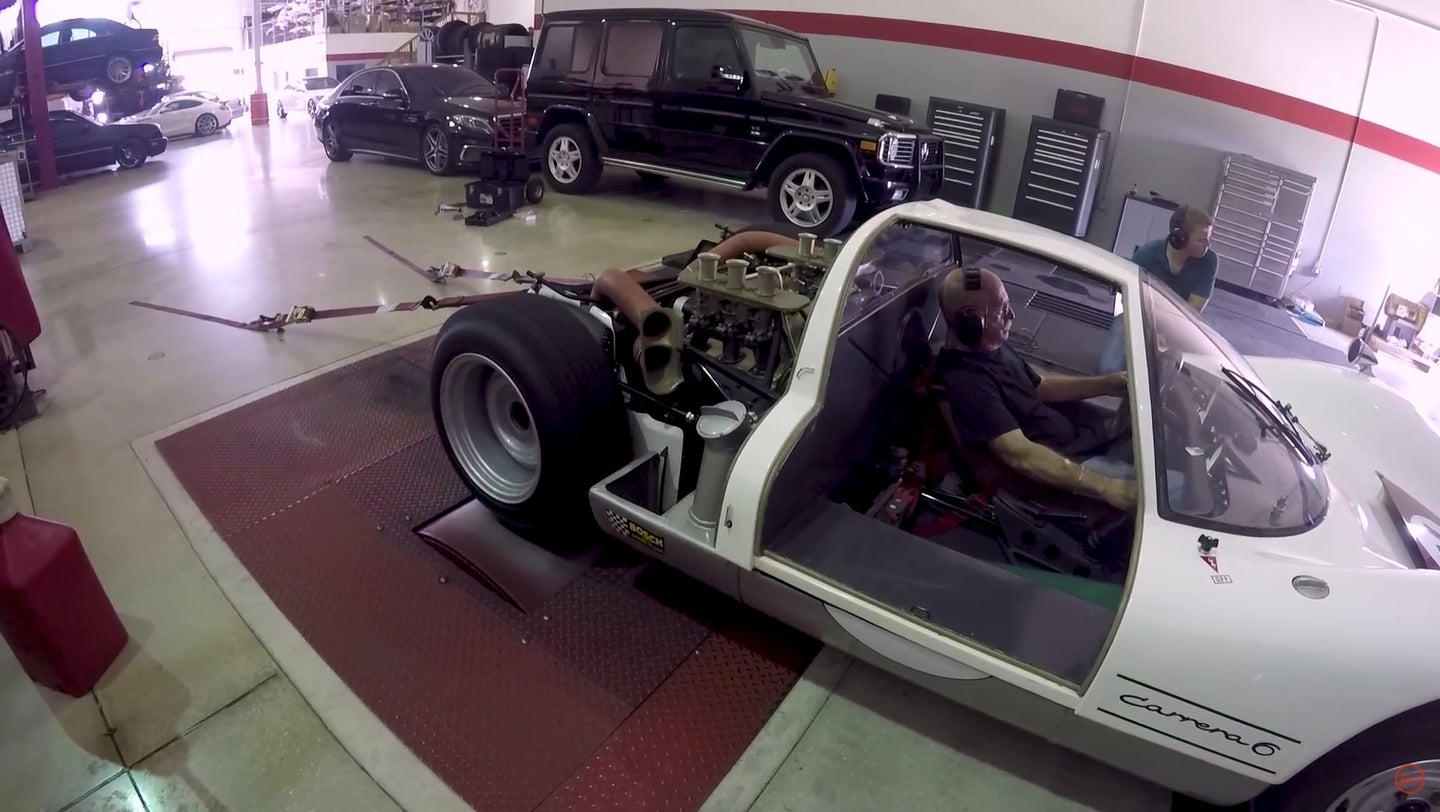 Not a single day goes by that we don't marvel at what goes on over at the Revs Institute. Between compassionate preservation efforts (not restorations) and their regular vintage racing floggings, these cars lead extraordinary lives that deserve more attention than they really get. Sometimes, when they do something cool over there, they'll capture a bit of video and post it up to their wonderful YouTube channel. It's worth subscribing if you don't already, as there is a ton of Porsche-specific content over there, as well as some non-Zuffenhausen stuff that you might also find enjoyable.

In this case, they're running a gloriously naked Porsche 906 Carrera 6 on the dynamometer to check how healthy the engine is. The plastic fantastic fiberglass flyers of Porsche's mid-1960s are some of our personal favorites. Taking over where the 904 left off, Porsche built a more svelte body and installed a more powerful 2-liter flat-six engine in the back (yes, we realize that some 904s were also equipped with flat sixes, but not many). That same 2-liter with huge velocity stacks on high-butterfly carburetors was installed in 1968's 911R racer as well. It's a wonderful engine, and sounds like angels descending from on high.

Though there are no speaking roles in this short film special, a chyron at the beginning indicates that the engine turned a wonderfully exotic 210 horsepower at a stratospheric 8,000 RPM. The little smile and nod that the "driver" gives the camera just after the one-minute mark is all you really need to know about this car, though.