The sounds, smells, and sensations of a vintage Porsche can't be replicated by anything else 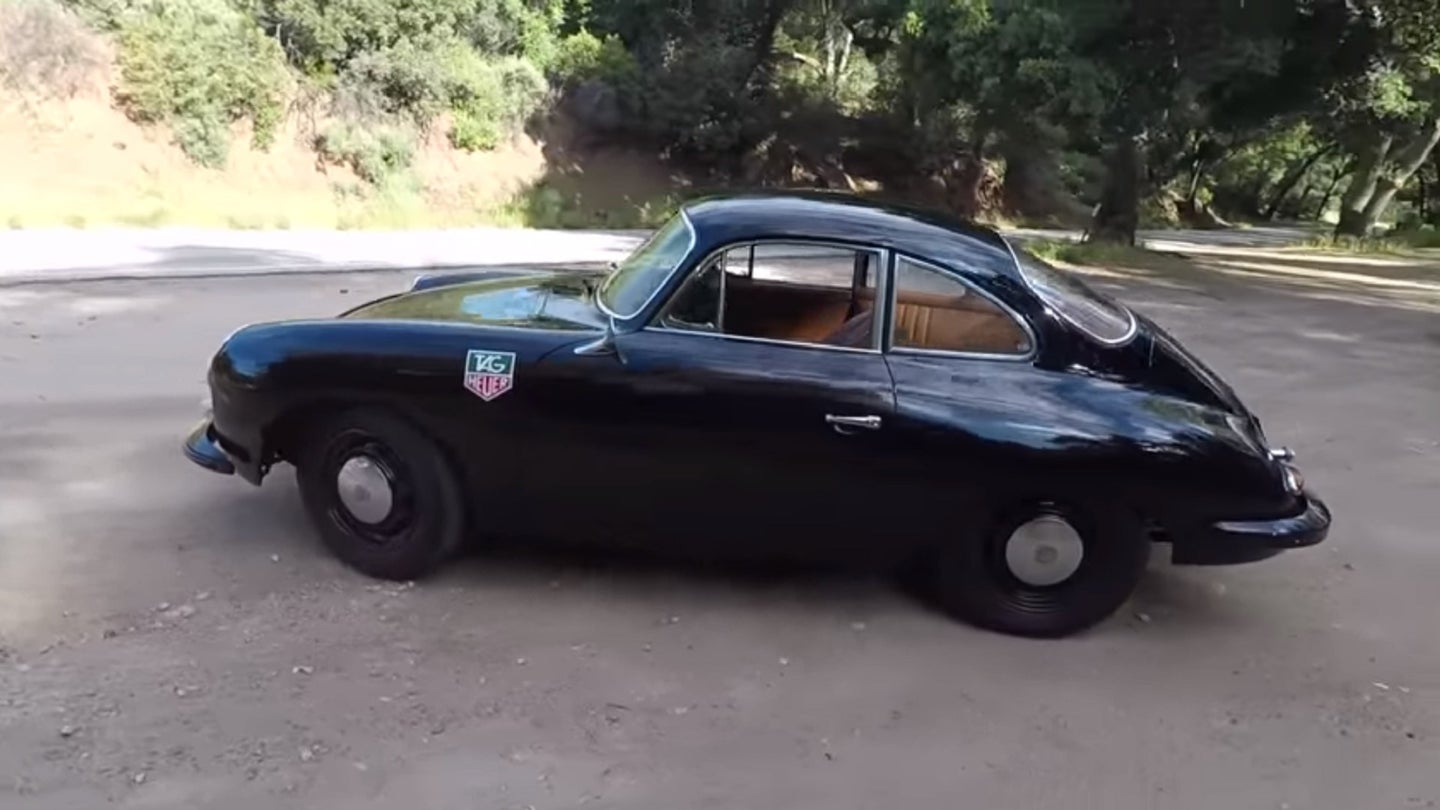 We have talked about this car before, back when the owner did their own review video. Now they've given the keys over to a third party reviewer, our friend Matt Farah, for his One Take series. This is the first time Matt has ever driven a 356, and we have to say that he got a great one for his first. The 356C, being a four-wheel disc brake car is probably the best of the model line. Furthermore, this particular car has had a few modifications to make it slightly more special. With a larger bore engine, and likely a corresponding power bump, though it's still not setting the world on fire with power.

This little coupe looks absolutely the business with a recent black re-paint, some trim delete, and some black paint on the traditionally chrome steel wheels makes this 356 stand out in a crowd. This is an old-school 356 hot rod looking car with some nice color leather inside and some Heuer rally clocks on the dash. It takes a few cues from the 'outlaw' culture and some from the pure restoration folks and mixes them into a great looking car. Based on the video, it's a snap to drive, too.

"The car, when you're following from behind, it looks like a little UFO on the road." If you think this car looks like a UFO now, just imagine what people thought of the car when the first Pre-A models were launched back in 1948. If you know what you're looking for, the 356C is actually a very different shape than those earlier 356s, but they all looked distinctly alien compared to the full sized tail-finned monster cars we had here in the US at the time.