Not only an on-track 917, but lots more to see from the Grand Prix de l'Age d'Or 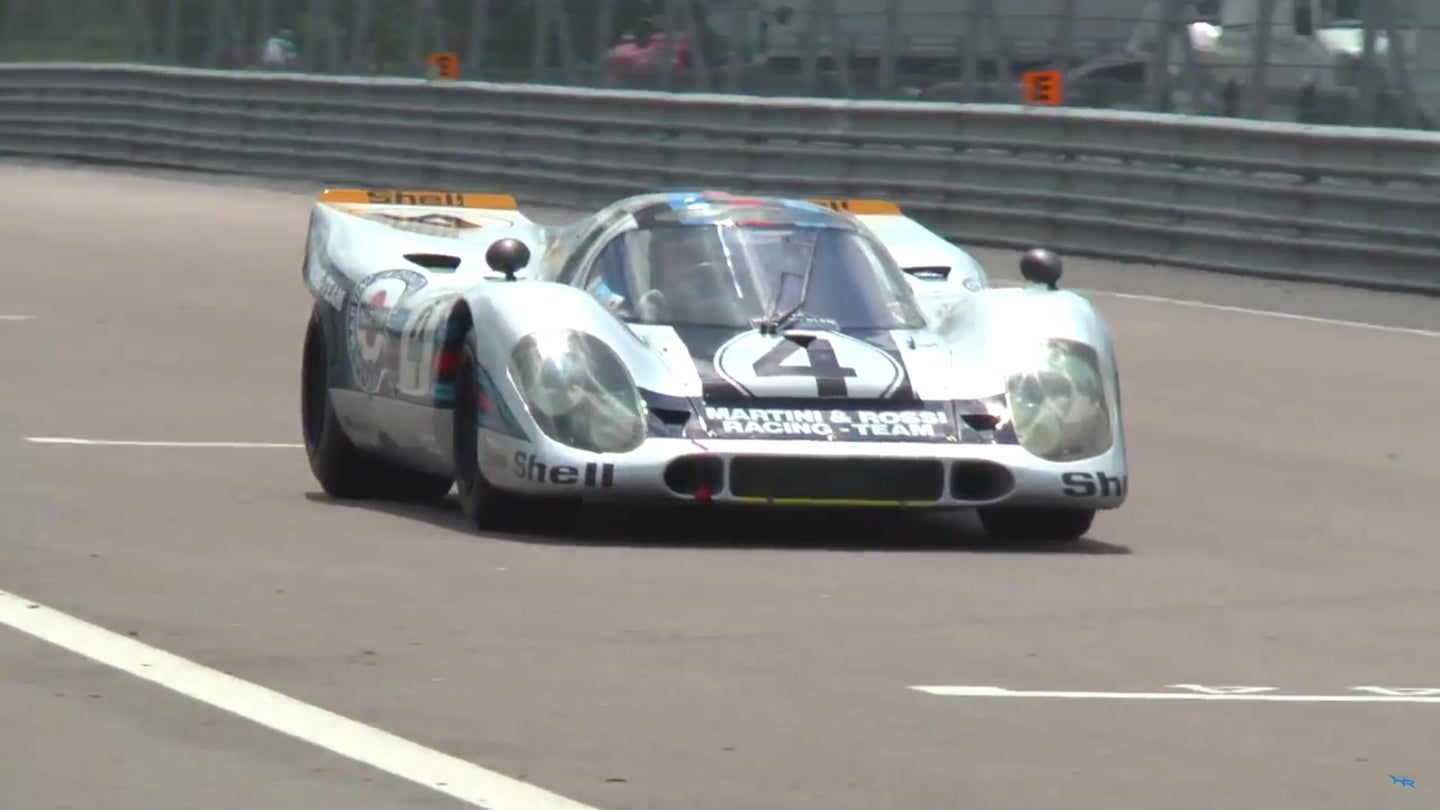 This weekend HistoricRacingHD reported live from the Grand Prix de l'Age d'Or (Golden Age Grand Prix, roughly translated) from the Dijon circuit, and they saw a whole lot of amazing racing cars on circuit and in the paddock. This is the first video we've seen on their channel in a Vlog style format, but if they continue to live up to this one, then we're looking forward to a whole lot more of them. Considering this classic racing event is sparsely attended, there sure are a whole lot of amazing vintage racers hauling their cars out to the event.

Porsche's most extraordinary car in the history of the company absolutely has to be the 917. It was a wild flat 12-cylinder aircooled engine that made a lot of power, but for those of us who will never drive one perhaps, more importantly, it made a lot of glorious noise. That flat twelve's sonorous engine note is at least partially the inspiration for my own love of Porsche as a brand. It's such a tremendous car, and looks the absolute business in Martini over grey, which has always been my favorite Porsche livery.

In addition to the 917, the video holds plenty of other amazing Porsches, including a few Group C cars, a 908/3, a phenomenal 914-6, and plenty of fire-spitting turbocharged 911-based terrors. Each one of them is special in their own way. If Porsche isn't your main squeeze, there are also dozens of Ferraris, Fords, and other racing specials (how about that turbine-powered Howmet TX, eh?). The video itself is nearly half an hour long, but there is something interesting on track for the entirety of the video. It's definitely worth a watch. Looks like I need to add this event to my bucket list.