It once raced at the Daytona 24 hour, but now it's driven on the quiet streets of England 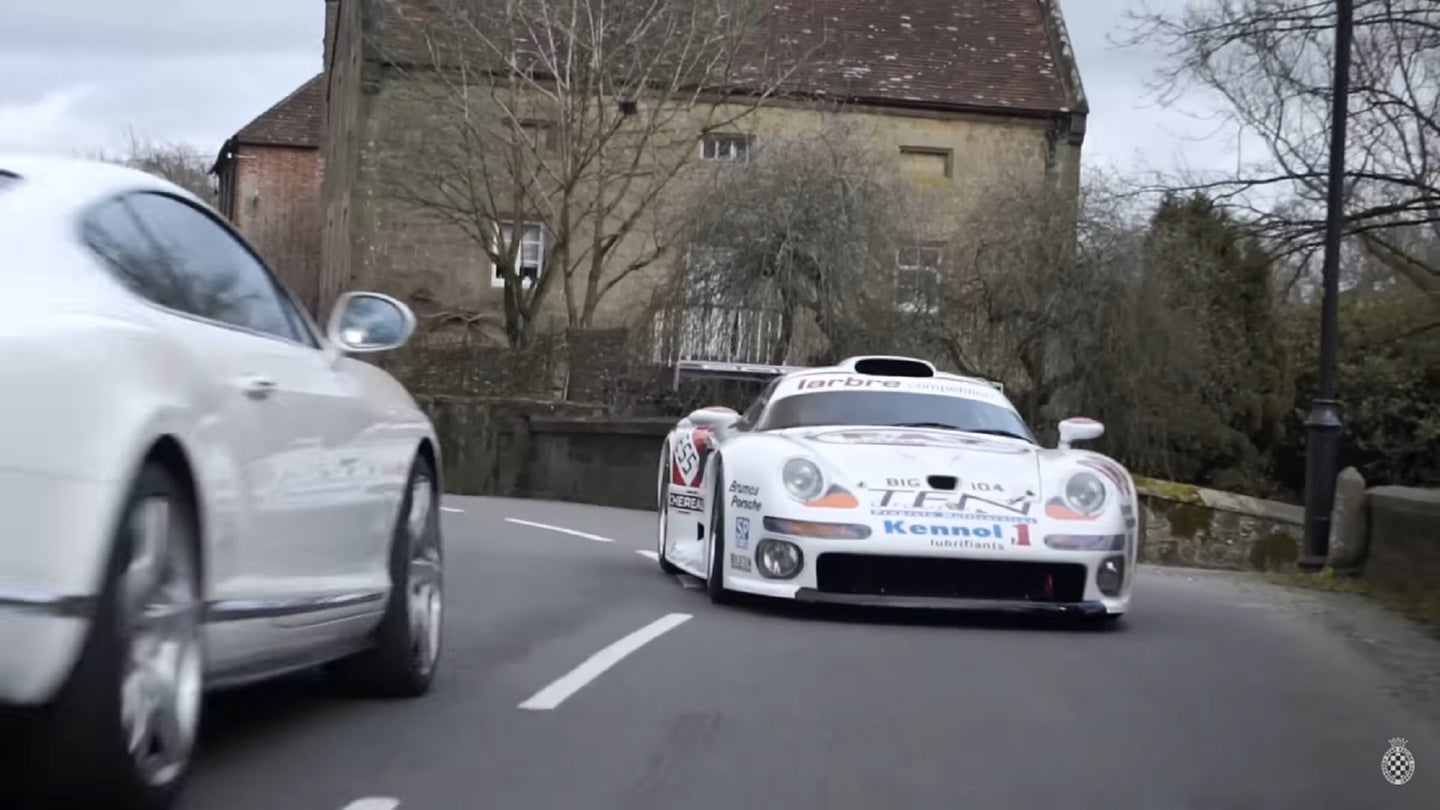 Did you know that a 911 GT1 is practically already street legal? This car needed just a few things to be deemed road legal and ready for license plates; catalytic converters, street-legal tires, and a practical fuel filler cap. That's it. That's all you need to make a ridiculously fast Porsche racing car from the 1990s into your daily driver. The owner of this car also added a softer set of springs with more forgiving damper settings, and turned the level of turbocharger boost down to a street-acceptable level. If you're going to drive any converted race car on the street, a 911 GT1 makes the most sense.

This car is the earliest of 996-styled GT1s that would have run in the late 1990s, which was run by Larbre Competition, in conjunction with Brumos Racing at Daytona. It was raced by the quartet of Bouchut, Goueslard, Rosenblad, and Ahrlé in January 1998. The car finished an incredible third overall, and second in the GT1 category behind the Rohr Motorsport entered 911 GT1 (which could presumably also be made street legal).

In the video, the host is picked up by the car's owner en route to the 75th Goodwood Member's Meeting earlier this spring. The segments of the video that show the car driving through the quaint and quiet streets of the UK are the best thing to ever grace YouTube. Every person on the sidewalks watching the car go by is standing mouth agape, and we can't blame them. They probably don't even know they just watched a Daytona 24 podium car drive by.