When The Fast and the Furious came out in 2001, it damn near turned the American car scene on its head. The collective mainstream America decided a truly fast car had to be a front-mounted V-8 with rear wheel drive, painted a color not often found outside candy shops, and set atop wheels that looked to be lifted from someone's silver dinnerware. On the other hand, F&F introduced America to the idea that foreign cars, especially those four-bangers, could be not only more than economy cars, but that you could make a fast car out of any engine and drive configuration, be it a turbo four with front wheel drive, or the aforementioned muscle car formula.

For better or worse, this had the unintended side effect of convincing many owners of Honda Civics—regardless of trim level—that they were in fact driving a race car capable of winning, well, everything. Race Wars, Indy 500, Dakar Rally—you name it, and somewhere, a 16-year-old in a Honda Civic believes their car can win it. As a result, any city's Craigslist will have a handful of period modified Hondas with inspiration lifted from F&F's gaudy vinyl graphics, bright paint colors, near-universal use of body kits, and, just maybe, underglow.

One example in particular has surfaced in New York, advertised as one would expect, with the title of the owner's favorite campy film mentioned in the listing. In keeping with the finest traditions of being what is known as a ricer, the owner has spent what appears to be several times more money on the car's appearance, with all of the above described modifications plus nasty Altezza-style tail lights, than they have on making sure their vehicle can cash the performance checks that its brash appearance writes; its only engine mods are an intake and exhaust. Not mentioned is the inclusion of what is either Enkei RPF1 wheels or their equivalent Rota knockoff.

Oh, and the car's an automatic, because something something granny shifting. 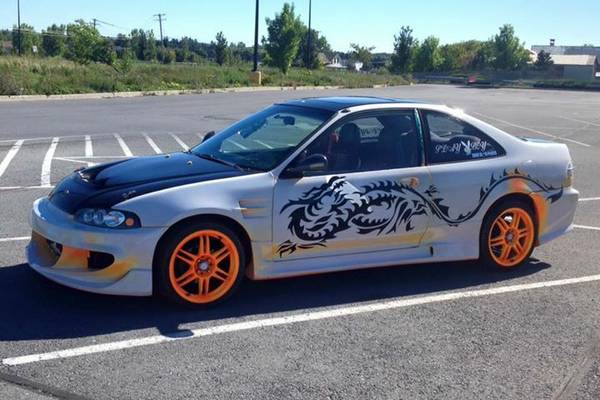 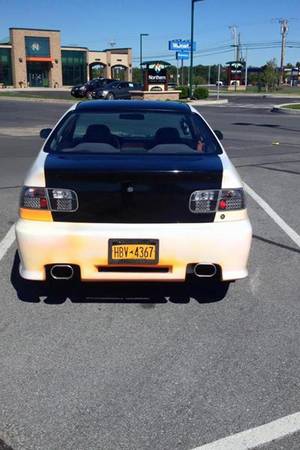 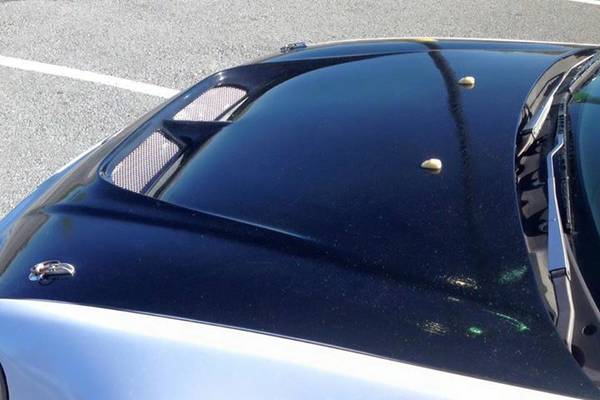 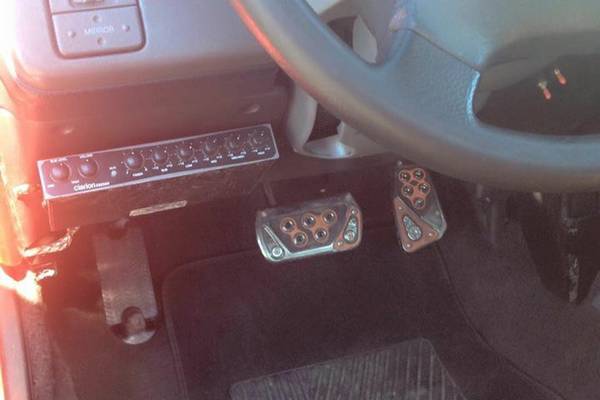 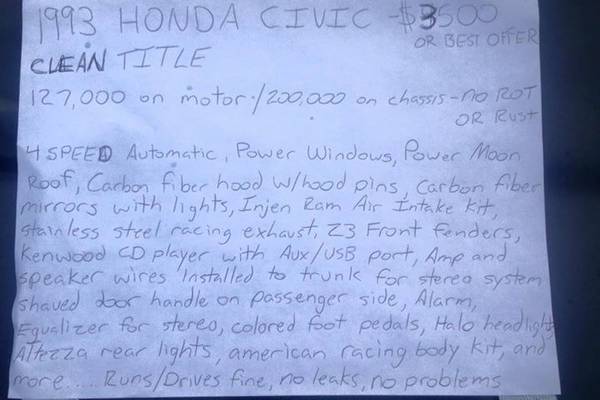