We genuinely can't make up our minds as to whether we like this or not.

Normally, it's pretty easy to come up with an opinion about a car's looks. It may be handsome, heinous, or anywhere happily inbetween, but figuring out where on that spectrum any given automobile lies. But when it comes to this golden Brabus-modified Mercedes-Benz S-Class...we at The Drive honestly can't make up our minds.

We came across this Brabus Benz—formally known as the Brabus Rocket 900 Desert Gold Edition—on duPont Registry early on Monday morning, and we've been agonizing since then as to whether to stick it under "hot" or "not" in our mental filing cabinets.

Normally, we're not fans of the myriad aftermarket companies that feel compelled to "improve" upon luxury cars with elaborate body mods and unusual interior patterns and trim. (Yes, Mansory, we're talking about you.) But there's something about the combination of the golden sunset paint (maybe it's that it brings to mind the Mercedes-AMG GT) and the blacked-out trim that makes it oddly appealing. Likewise, any interior that uses gold-painted accents with matching contrast on the seats seems far too gauche for our usual tastes...but somehow, in this context, we kind of dig it. We don't understand why, but it works.

There's clearly nothing to complain about under the hood. Based on the Mercedes-AMG S65, Brabus rebuilt much of the twin-turbo V12 engine, increasing displacement to 6.3 liters and dialing the power up to a claimed 900 horsepower and 1,106 pound-feet of torque. It supposedly rips off a 3.7-second 0-60 mile-per-hour sprint—a minimal gain over the stock S65's 4.2-second time, presumably because the Brabus Rocket is as traction-limited as a dog on an ice rink. By the time you hit 124 mph, though, the extra power seems to be making its way to the tires in fine style; Brabus quotes the blast to that speed as taking 9.1 seconds. (We couldn't find an equivalent time for the stock S65 sedan, but for reference, Motor Trend punted an S65 coupe through the quarter mile in 12.3 sec at 117.8 mph.) The speedometer reads all the way up to 400 kilometers per hour, which is just shy of 250 mph; should you ever manage to max it out, we'll be the first to buy you a beer.

So what say you, dear readers? Would you park this gold-painted, 900-horsepower Brabus-modified Mercedes-AMG in your driveway if you had the money? Or would you buy it just to set it ablaze? Let us know in the comments below. 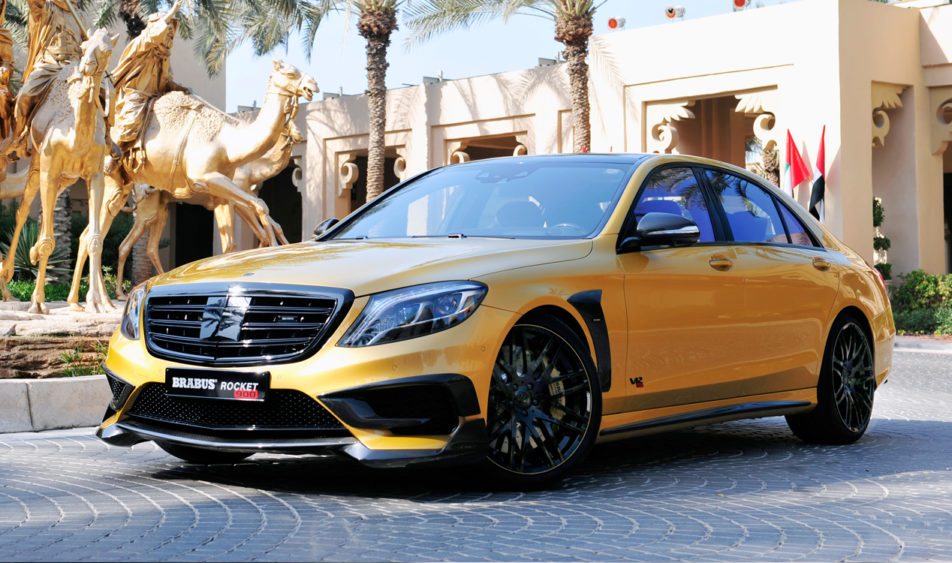 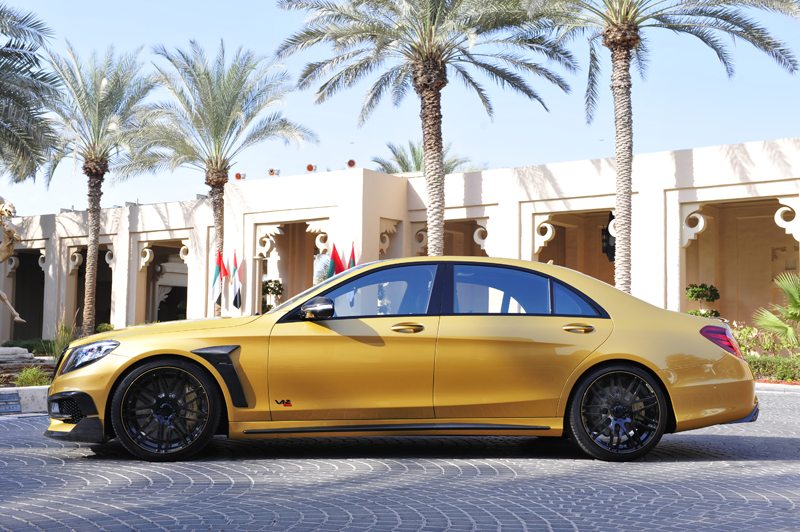 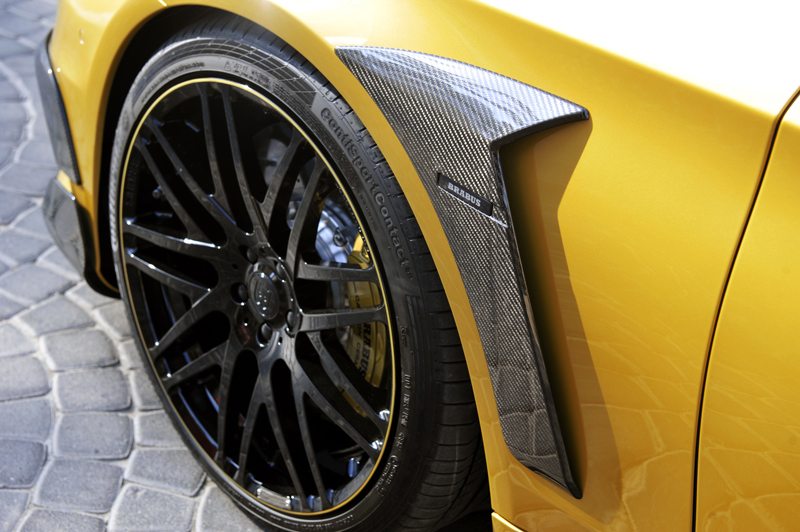 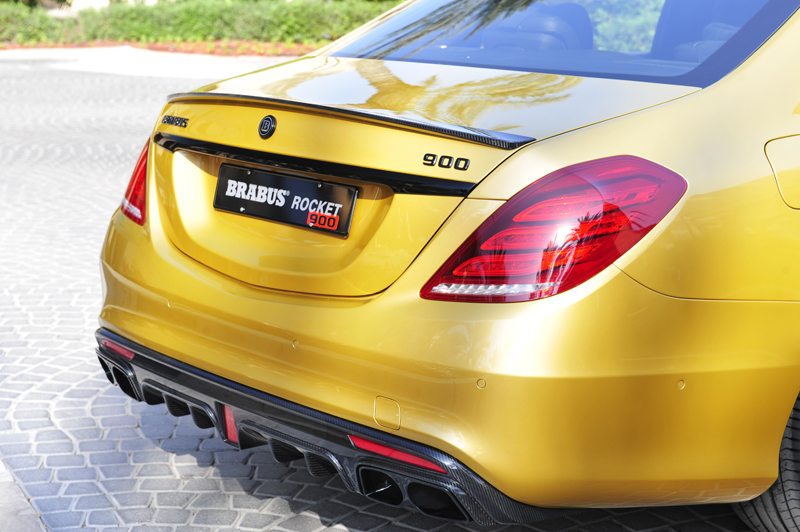 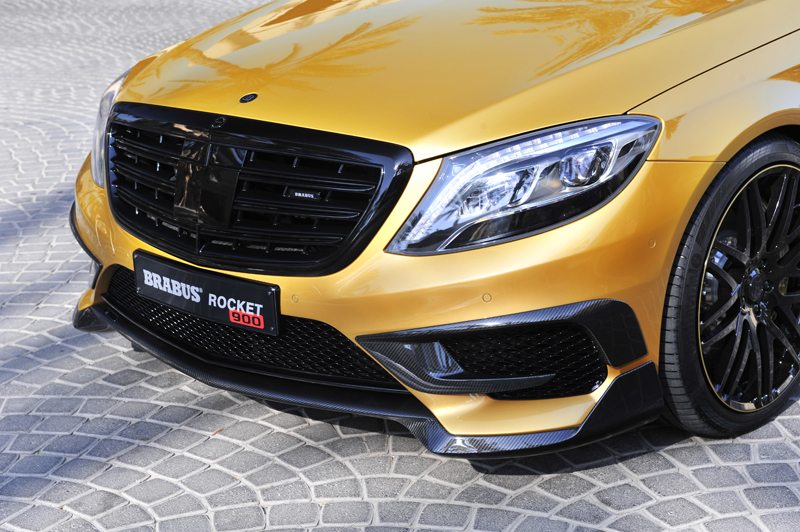 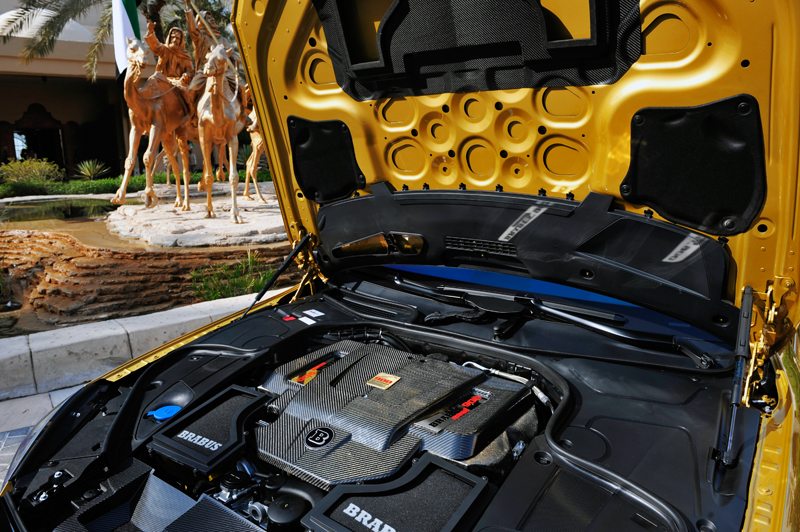 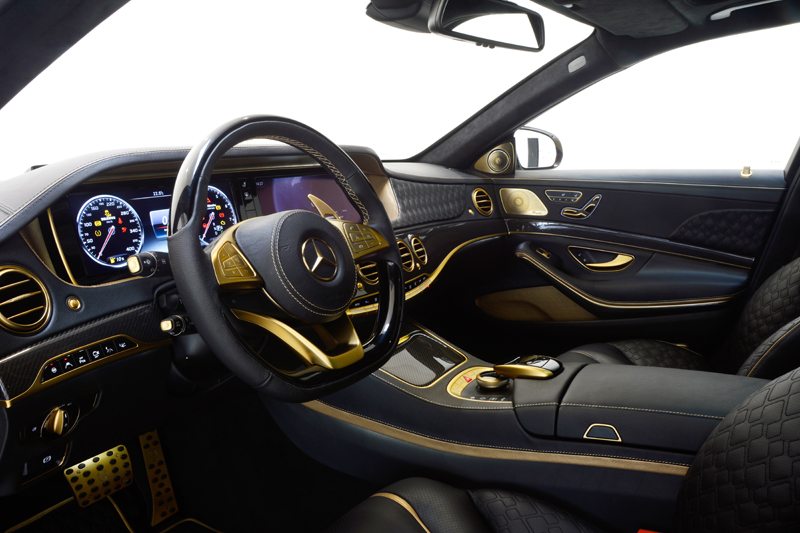 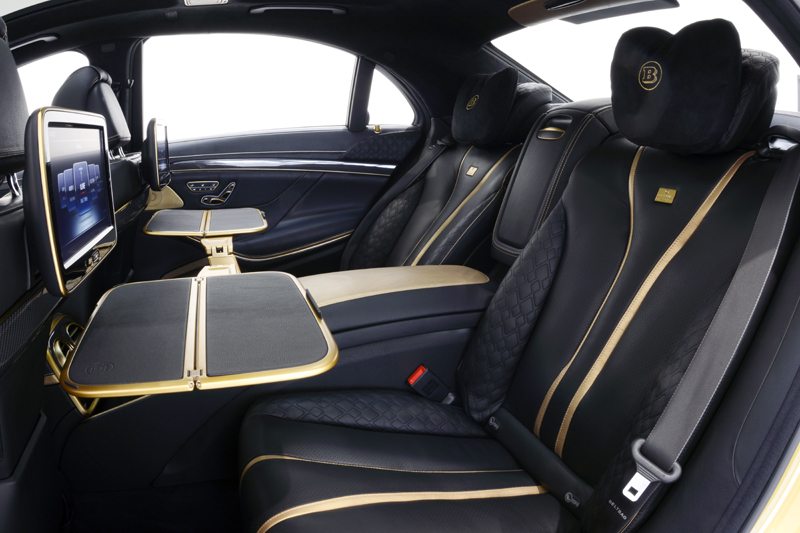