Regardless of the cost, Ford F-150s have always flown off the lots. 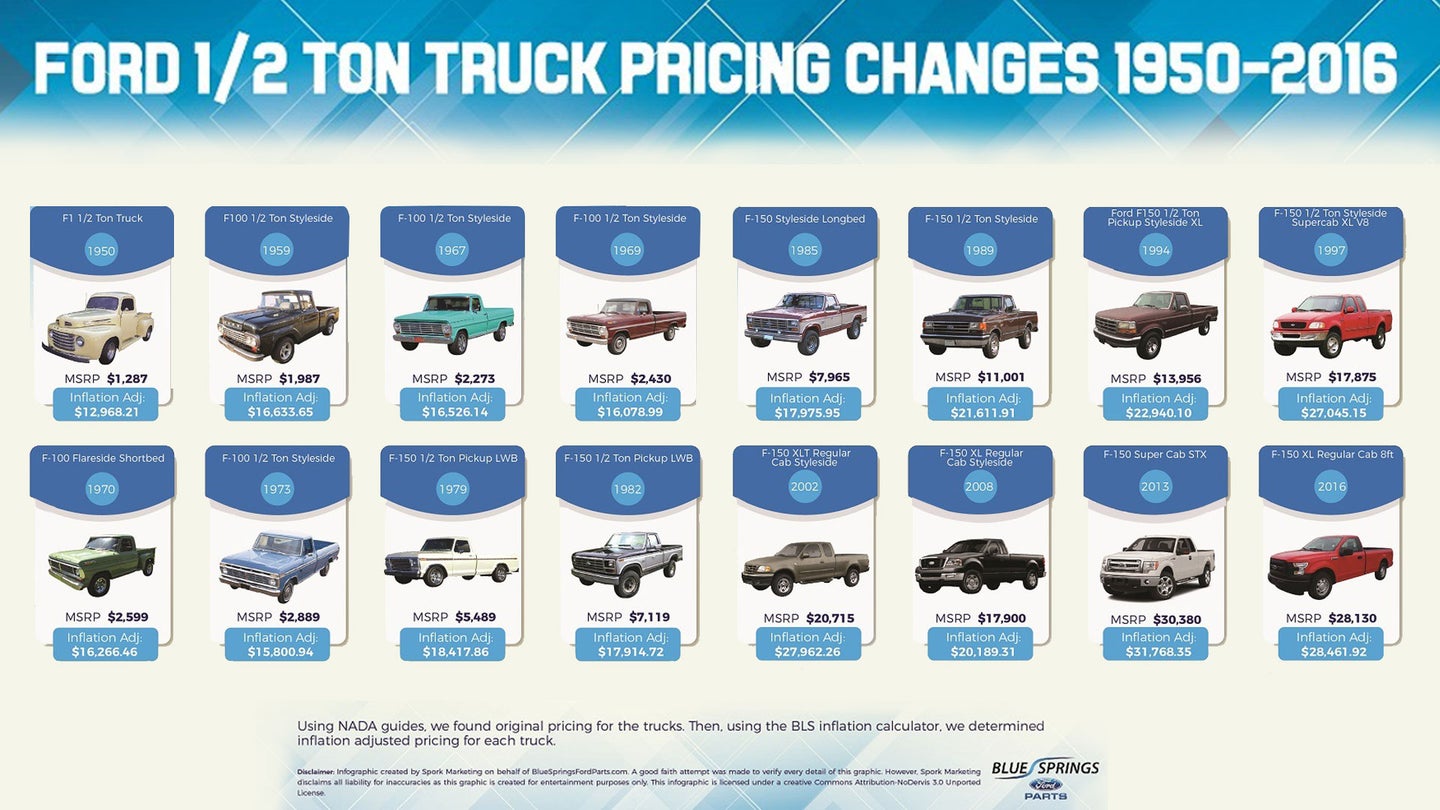 The Ford F-150 has been a fan favorite in the pickup community since the beginning of time. (At least,it certainly seems that way sometimes.) In fact, the Ford F-150 has been the number one selling vehicle in the U.S. for many of those years. With base models priced to sell quickly and in large numbers, contractors and families alike have grown close to the popular truck. In order to get a firm grasp of the F-100 and F-150's pricing over the years, Blue Spring Ford Parts has made this awesome infographic.

The F-150's roots started in 1950 with the F1 1/2 Ton, evolving over the decades into the aluminum-bodied truck we see on the streets today. The first F1 sold for $1,287...and from there, things only got pricier. In 1953, Ford released the F-100 and gave it an automatic transmission and four engine options; by 1959, the cost of an F-100 was 54 percent higher than the original F1, but it was still fairly affordable.

In the 1960s, Ford opted to add more creature comforts to its trucks. The Blue Oval incorporated a twin I-beam front axle as well as improved interior seating for a more family-friendly ride. In order to stay ahead of the competition, Ford added the SuperCab in 1974; in 1975 they debuted the F-150. Both the F-150 and F-100 were built side-by-side until 1983m when they dropped the F-100 due to lack of popularity compared to the now-famous F-150.

If you look at the chart carefully, you'll notice large jumps in pricing between 1994 and 1997, as well as a large drop in pricing in 2008. Although Ford continually tries to keep pricing at a rate the average contractor can handle, economic difficulties sometimes can make that difficult. Still, Ford has managed to sell over 26 million F-150s since 1977. Here's hoping the brand keeps that up for a few more decades.