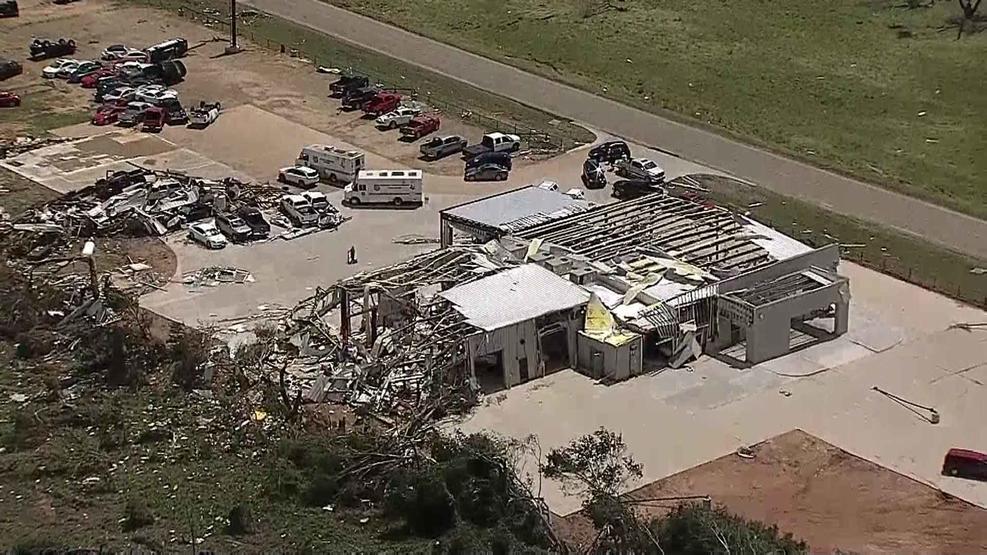 I-20 Chrysler Dodge Jeep Ram of Canton was all but destroyed by a massive tornado on Saturday night. The tornado touched down about 10 miles south of Canton and traveled 40 miles north. The National Weather Service is reporting that the tornado was a category EF3, with winds around 140 mph. The tornado was also reported to be a mile wide.

The dealership took extensive damage. A new showroom was stripped to it's support structures and a maintenance building was completely obliterated. The cars and trucks on the lot were tossed around like Hot Wheels handled by a toddler. Thankfully, the dealership was empty when it was hit.

It's difficult to comprehend the forces at work in a tornado until you see the damage it causes to something tangible. To take a 5,000-lb Dodge Ram 1500 pickup truck and hurl it through the air, completely destroying it, takes an enormous amount of force and energy. And in this case, it wasn't just one truck that was totaled—it was an entire lot full of car and trucks. The physics involved are frightening.

Unfortunately, four people were killed in three other tornadoes that struck the in the same area that night. Van Zandt County, where the tornadoes occurred, has been declared a disaster area. Across the region, seven more lost their lives due to the widespread storms. Many homes and businesses across the state were leveled.