Well, it's new beneath nearly 25 years of caked-on dirt. 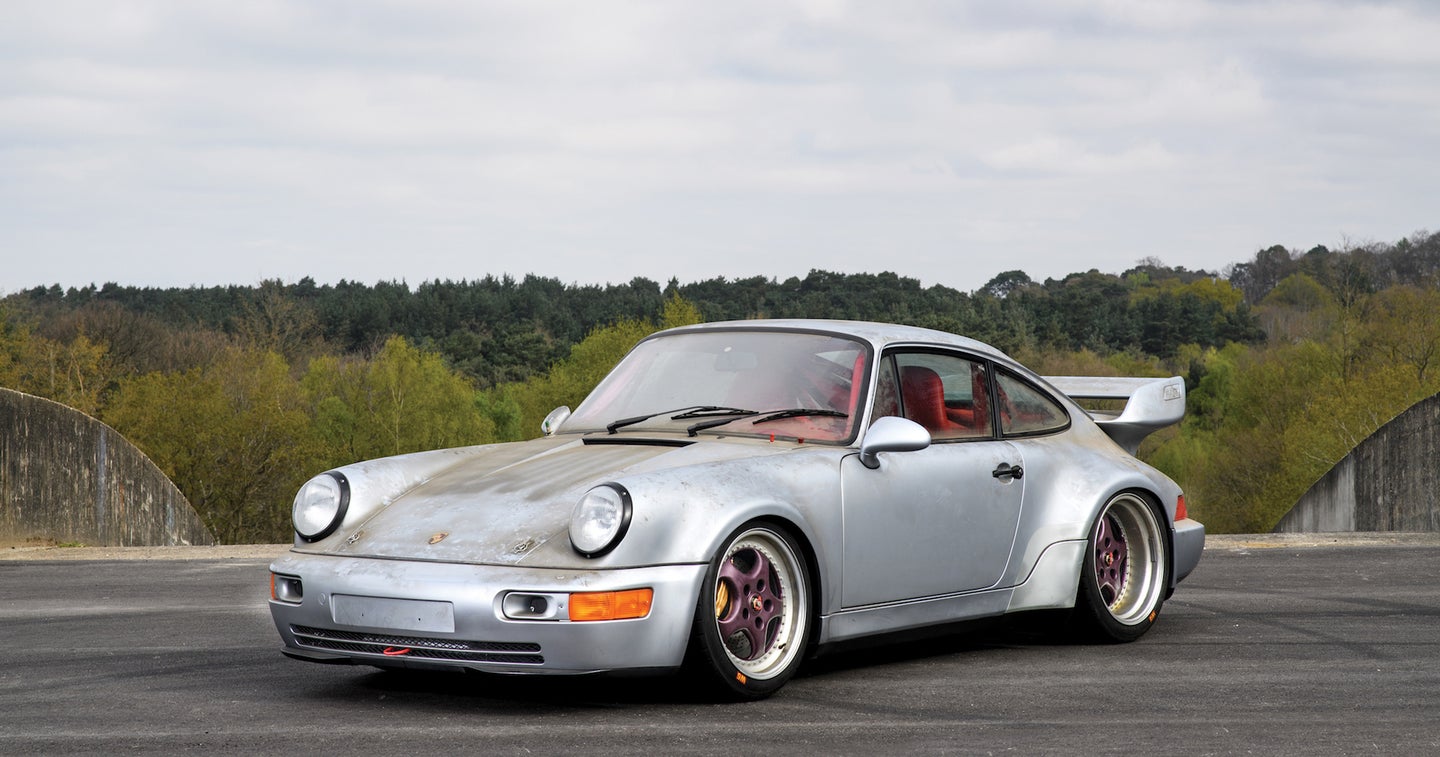 Call it a disservice or a keen investment, but RM Sotheby's has a 1993 Porsche 911 Carrera RSR 3.8 that, in their words, is "unused," with only six miles on its odometer. And, judging by the untouched dusty and dirty body, it looks more than just unused—it looks forgotten.

Tucked away for nearly 25 years, this particular RSR was specially ordered with a distracting "CanCan" red leather interior instead of the stock stripped-out insides—which, one could argue, makes it more usable. But given its ride height and likely-unsocial exhaust note, this RSR is better suited for the track. If the new owner ever decides to start this, he or she will be greeted by a 350-horsepower 3.8-liter naturally aspirated flat-six that, according to RM Sotheby's, produced an output closer to 375 hp. Power goes through an uprated six-speed manual and gets sent exclusively to the rear wheels.

Porsche only produced 51 Carrera RSRs, which were purpose-built track cars. Unsurprisingly, these Porsches did quite well in the racing world, capturing wins at the Spa 24 Hours, Daytona 24 Hours, 24 Hours of Interlagos, and many others.