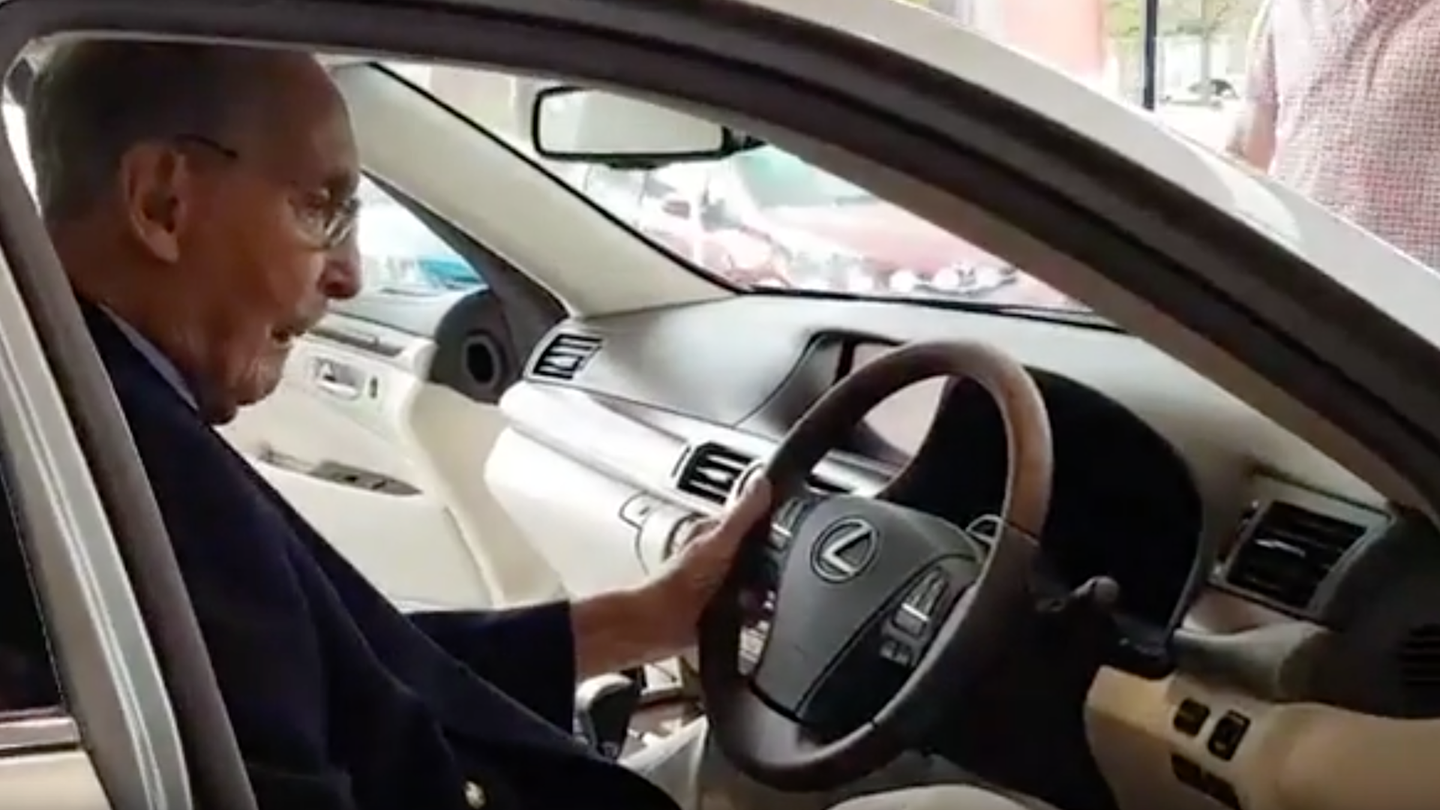 According to the report, High lives in Blockley, England and has been a loyal customer of Lexus for 16 years. Over the course of his Lexus ownership days, High has owned 25 (!) Lexus cars from the same dealership in Cheltenham. Hearing of his extreme brand loyalty, Lexus decided to honor Mr. High with a custom Centenary Celebration Edition 2017 LS600h L.

The Centenary Celebration Edition Lexus comes with pinstriping, chrome badging, coach lining, "100" marked on the door and much more. In the video below, you can see High is very pleased with the vehicle. As senior sales executive Dean Cordell put it, "the day went well indeed." Cheerio Ol' Danny Boy.

The 2016 Lexus LS600h L found in the United States costs $120,440 and produces a total of 438 horsepower. This allows the luxury sedan to rocket to 60 mph in just 5.5 seconds. Lexus's Adaptable Variable Air suspension allows passengers like High to select their preferred ride height and stiffness as they are driven through the English countryside.

High held the role of Major in the Royal Army during WWII and spent the bulk of his career in the construction industry. Barry was awarded the OBE (Officer of the Order of the British Empire) title for his work with charities.

And yes, High does have a chauffeur to take him around as he lounges in the back of his new Lexus.