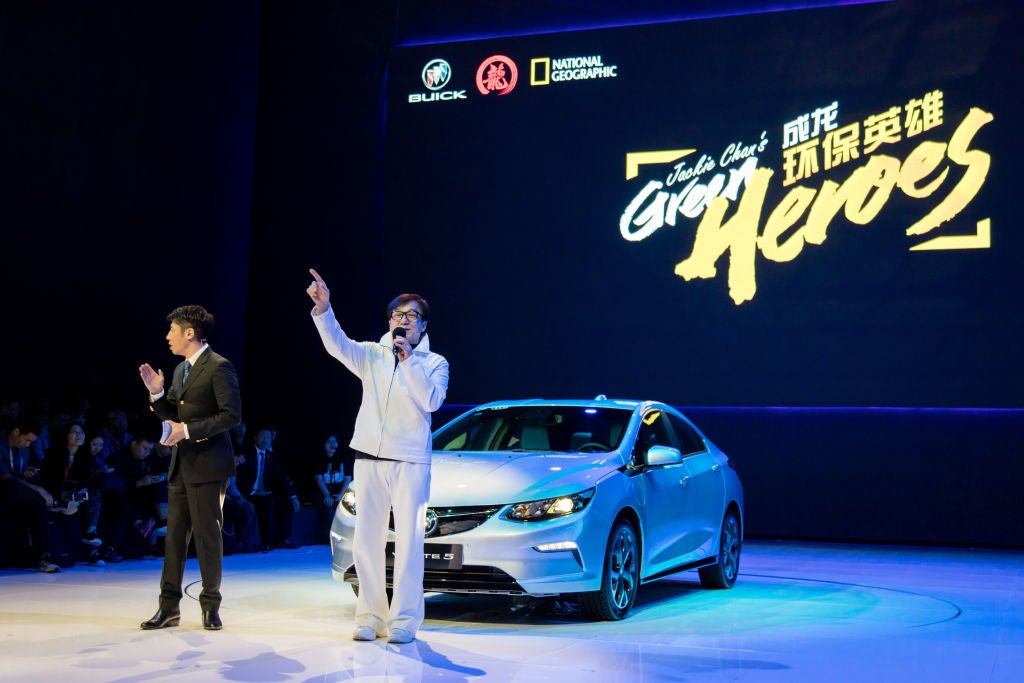 According to the Associated Press, General Motors executive Matt Tsien has stated GM's plans to launch 10 electric and hybrid vehicles by 2020 in the Chinese market alone. These models will not only be sold in China, but manufactured there as well, in part to duck under China's 25 percent import tariff. Pressure is mounting in Beijing for car manufacturers to curb the smog emissions of their vehicles, as China's air quality has continued to decline, in spite of fresh pollution regulations. The Chinese government may even mandate that all carmakers are to include electric models in their fleets, to reduce their fleet's average emissions.

"In the next several years, out to 2020, we expect to launch at least 10 new energy vehicles into the marketplace," announced Tsien, borrowing the Chinese government's umbrella term for vehicles that are either partially or fully powered by electricity.

One of the company's first cars planned to be a part of this roster is a badge engineered variant of the Chevy Volt, a version of which will be sold in China under the Buick brand as the Velite 5. While Buick is far from the healthiest brand in its home market of the United States, it is among the leading marques in the Chinese market. As a matter of fact, without Buick, General Motors would likely not be in contention with Volkswagen for supremacy in the Chinese market. Their 2016 sales figures in China reached 3.9 million vehicles, which surpasses their own previous best.

In spite of numerous government incentives to buy hybrid or electric vehicles, ranging from a 60,000 yuan incentive introduced in 2010, to exemption from license plate fees and sales tax, "new energy" vehicle sales slumped by 4.4 percent in Q1 2017 from their 2016 numbers, and SUV sales have continued their climb. Tsien attributes this to a combination of misalignment between NEV offerings and customer desires, as well as an uninformed market, stating, "the industry has to work on very hard to educate customers with regard to the merits."