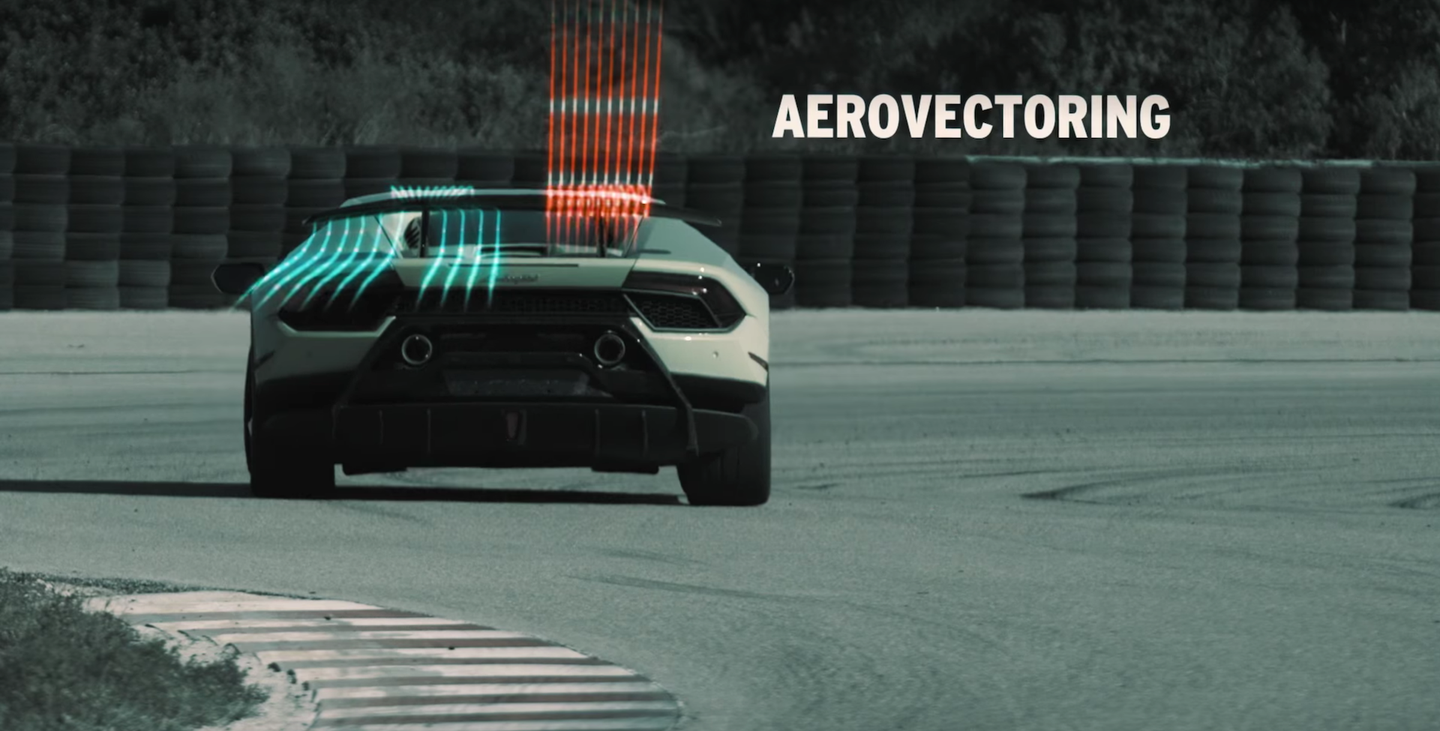 When Lamborghini announced that its track-ready Huracan Performante lapped the Nürburging in 6:52.01, it came as a surprise since the previous record-holder, the Porsche 918 Spyder, was chock-full of new hybrid propulsion technology and the Lamborghini, well, doesn't have any of that. Sure, its 5.2-liter V-10 engine was breathed on a bit—it now creates 631 hp in Performante trim, which is 29 more horsepower than compared to the base model—but power can only do so much, pace Jeremy Clarkson.

To help shed seconds off its lap times, Lamborghini developed its own active aerodynamics system called "ALA," which is not only an acronym derived from its full name—Aerodinamica Lamborghini Attiva—but "ala" also coincidentally means "wing" in Italian. For Lambo's ALA system, two series of flaps are employed—one integrated in the front, right behind the splitter, and another at the rear that works in tandem with the spoiler. Small, electronically-actuated flaps either open or close to provide either minimal drag for optimized speed, or maximum downforce for cornering. That rear wing also features an internal air channel that can divert air to either direction of the car, effectively allowing for aero vectoring.

Better yet, have Lamborghini explain it to you.