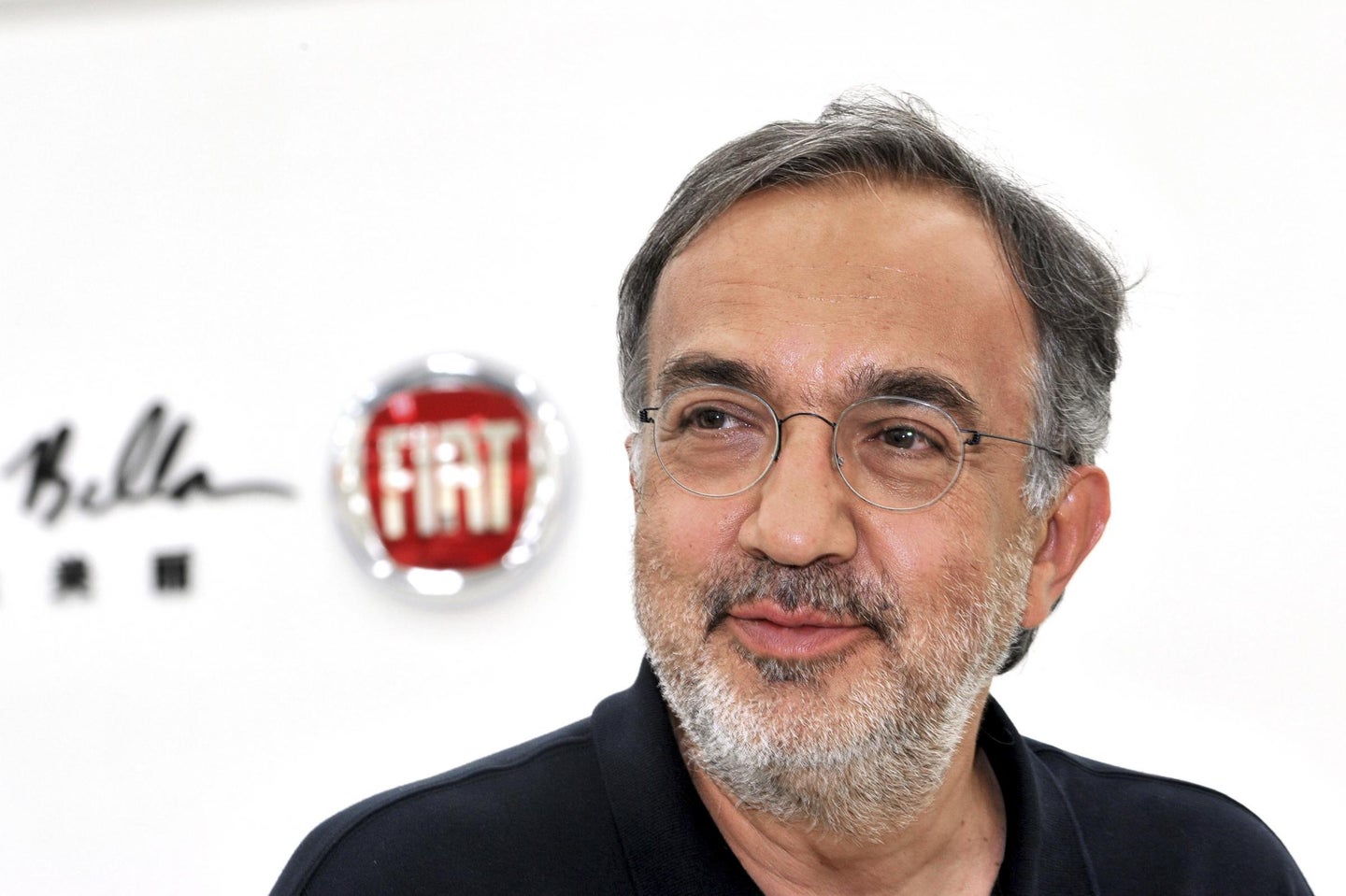 While speaking to investors in Amsterdam, Fiat-Chrysler CEO Sergio Marchionne said all talk of a merger with Volkswagen, or anyone else, is off the table. Marchionne, instead, will focus on other goals for FCA before his expected retirement in 2019.

Reuters reports that Marchionne said, "On the Volkswagen issue, on the question if there are ongoing discussions, the answer is no. I have a lot of respect for Volkswagen and I think we are not in a position to discuss any alliance, the primary focus is (on) the execution of the plan."

The "plan" involves reducing company debt to make FCA an attractive partner to form a technical alliance with in the near future. According to the Detroit News Marchionne said FCA needs to be "very careful that we don’t start unrealistic dreams about consolidation as we are on our way to achieve historically important results and a debt-free position."

They also reported that FCA is considering expanding the self-driving car partnership it formed with Google. This expansion could lead to a new technical partner by the end of the year. But not with Tesla.

When asked about a partnership or merger with Tesla, Marchionne said, "I don't think it's possible to talk about alliances. We have today [the] tech capability to do what it does. I wish them all the best."

Also discussed with investors was who would succeed Marchionne at the helm of FCA would be. FCA Chairman John Elkann said the company expects to promote from within rather than bringing in an outsider to guide them forward. "I want to be clear about how seriously the succession process has been taken. We are working with Sergio in order to be able to identify someone who comes from inside the organization," said Elkann.