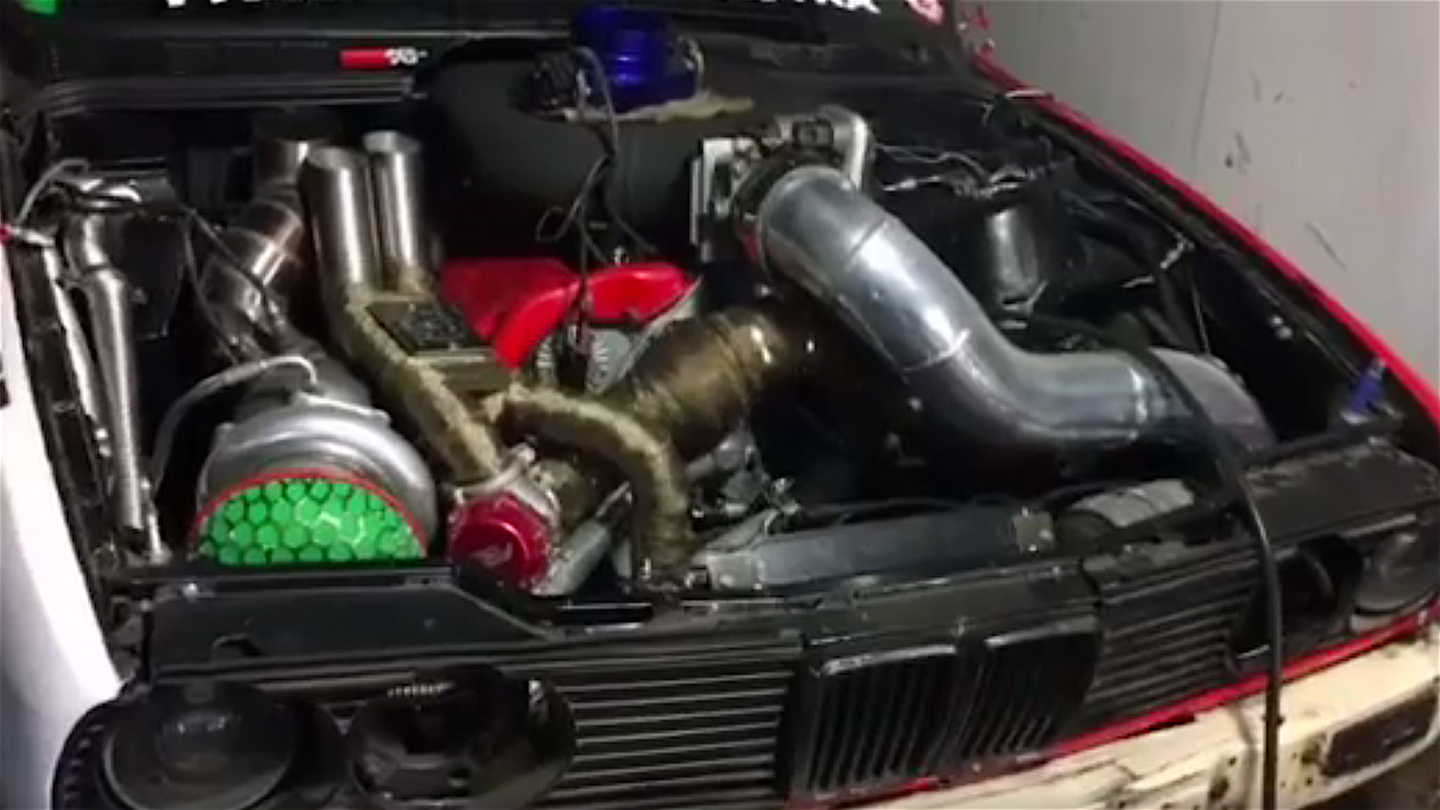 When building a drift car, it's hard to not throw as much power toward the wheels as possible. That's probably why this Polish drift team decided to throw a V12 engine and a turbocharger into its BMW E30-generation 3 Series race car.

The Turbo Expert Drift team in Poland previously ran the BMW E30 with a supercharger on its M73B54 V12 engine. Since then, the drifters have swapped the supercharger for a new TX Performance T76RR turbocharger, according to Engine Swap Depot.

Even with the new forced-induction setup, the engine bay still looks just as wild (if not more so) than it did with the supercharger.

In January, Engine Swap Depot wrote that the car had standard E30 brakes in the rear, but newer E36-gen 3 Series brakes up front. If it were us behind the wheel of this drift machine, we'd probably want all the stopping power we could get.

Though there aren't any videos of the E30 with the new turbocharger setup in action, the clip below shows what the car was capable of when it had a supercharger on top of its V12.