Lamborghini on 'Ring Time Controversy: Why Would We Cheat? 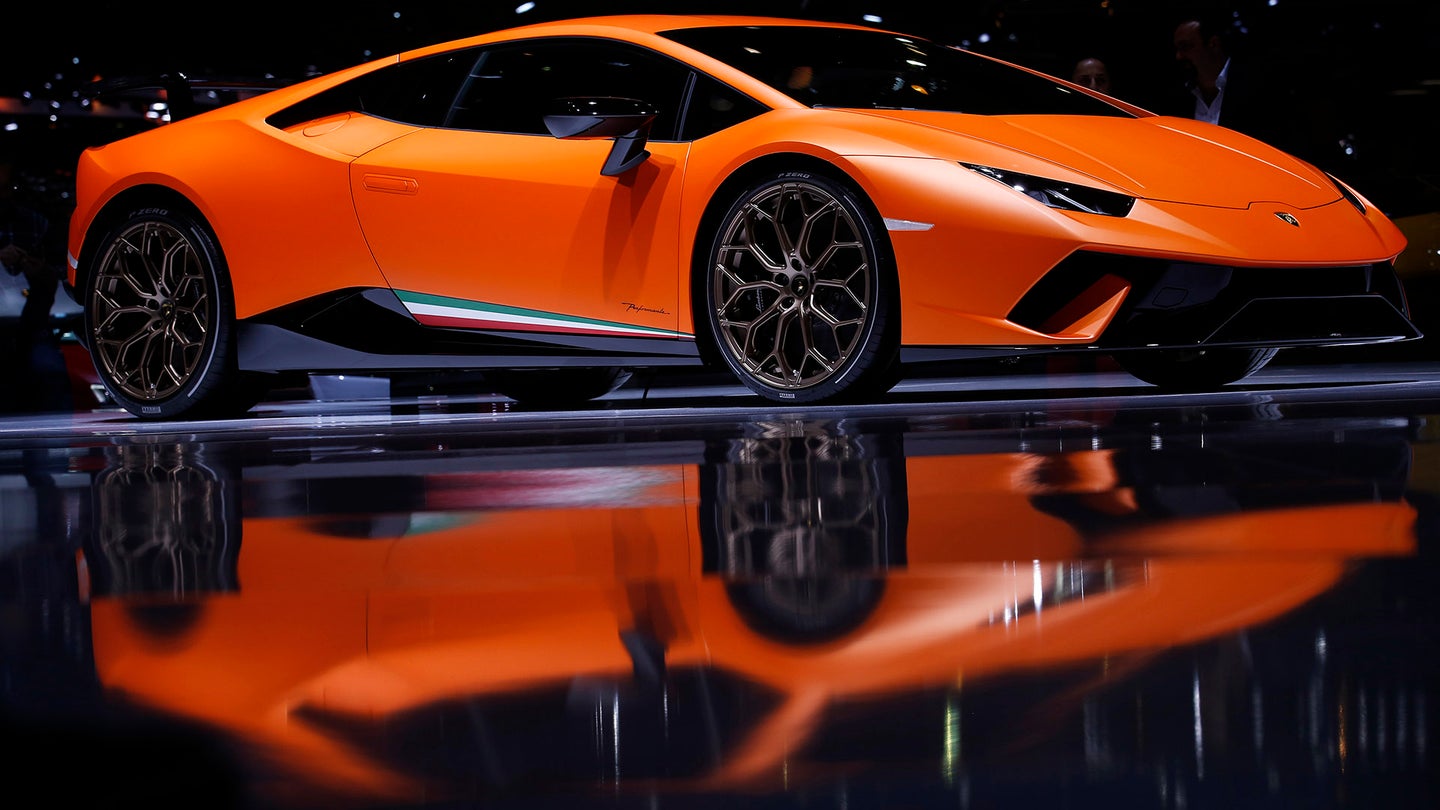 It's been a whiplash month for everyone's favorite former tractor manufacturer, as Lamborghini's big, splashy announcement of a new Nurbürgring production record lap time set by the upcoming Huracan Performante was quickly subsumed by accusations of edit-room trickery—specifically, many pointed to discrepancies between the on-screen speedometer and distance traveled as proof the video was sped up. Lamborghini did not appreciate the skepticism, dumping a mountain of data from the run on the floor of the Geneva Auto Show to try and put the matter to rest. And now, Autoblog reports CEO Stefano Domenicali has some words for anyone still doubting the 6:52.01.

"Why would we [cheat]?" he asked at the close of the auto show. "We have all the data, all the GPS data. It's verified. It's already verified. The simulation we did before we did the lap was already better than the previous time," referring to the previous record held by the Porsche 918 Spyder since 2013.

One of the main lap-time-truther theories used an officially-published 'Ring video of the Aventador SV as a benchmark for sussing out timing inconsistencies in the Huracan video, and Domenicali specifically refuted that point, pointing to the Huracan's active aerodynamics as an advantage in the corners.

"The SV [Aventador] was for sure faster on the straight, but the lap [by the Performante] was all recorded."

And though some questioned the special tires designed by Pirelli to conquer the record, Lamborghini has confirmed they will be an option for purchase.

Other fiefdoms in the Volkswagen Group have also defended the record—perhaps sensing the last thing the company needs is another cheating scandal floating around. Audi Sport Development Head Stephan Reil took time out of the RS3 launch last week to vouch for the boost provided by Huracan's active aero.

But a Lamborghini spokesman was much more direct in what they believe: the whole dust-up is merely the result of "one blogger's business model [of] paying for clicks."