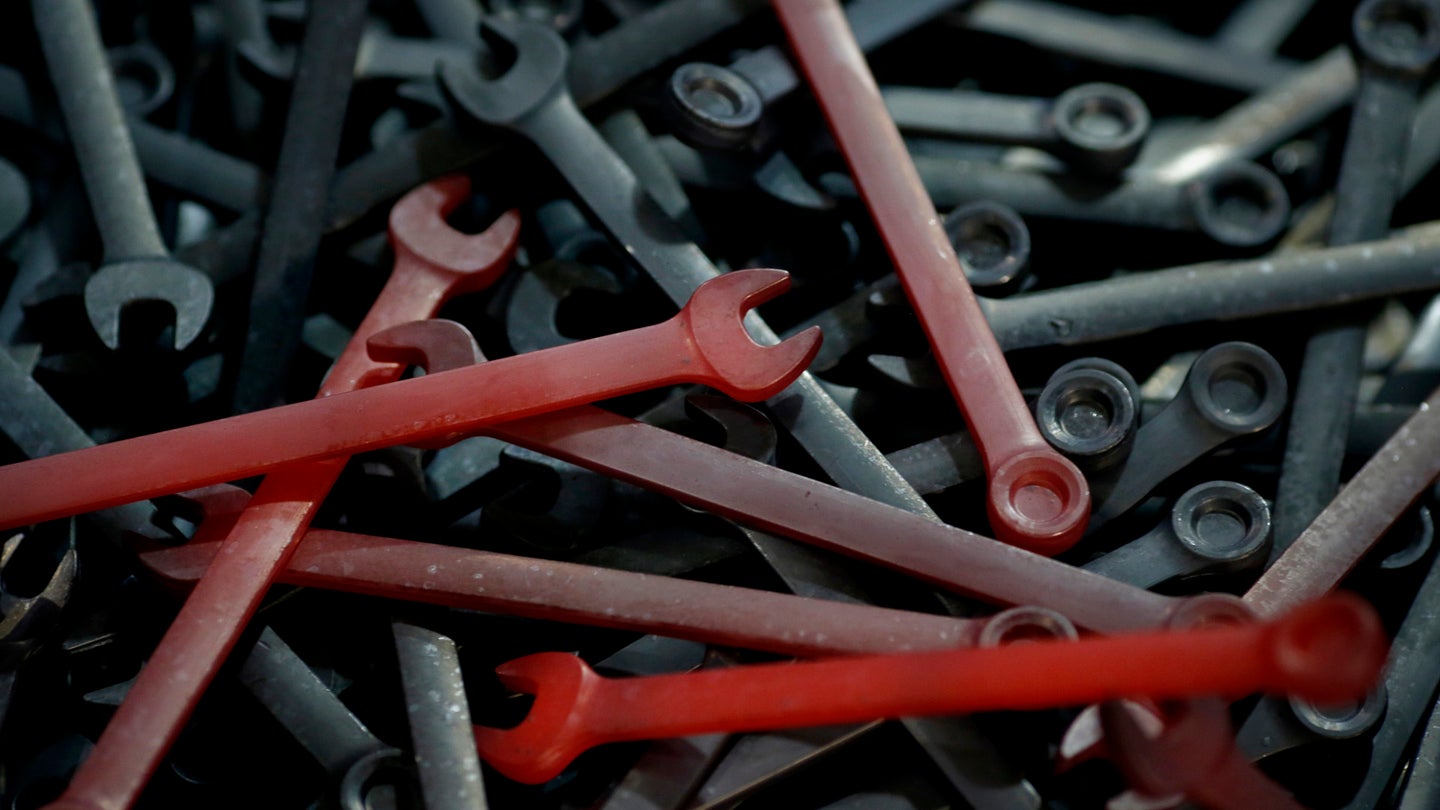 "Discount" tools emporium Harbor Freight has settled a class action lawsuit over misleading sale prices, and depending on how often you shopped there between April 2011 and December 2016 you could be in line for up to 10 percent back on your total purchases during that time, reports Yahoo Finance.

Here's the gist—you know how you always see a higher "compare at" price listed alongside the sale price, so you can feel smart and savvy about getting such a great deal? Well, it turns those higher prices never existed in the first place. Also the Tooth Fairy isn't real. Shocking, I know.

But plaintiff Jeffrey Beck wasn't going to take this deception lying down, so he sued on the grounds that Harbor Freight was violating consumer protection laws with its pricing tricks, and now you can reap the rewards of his determination if you're so inclined. The specific dates included in the settlement are April 8, 2011 to December 15, 2016. There are a couple paths to your just reward - if you have itemized receipts (right), you can submit a claim for 20 percent of the "you saved" amount (in other words, the difference between the sale and comp price) in cash, or 30 percent of that on a gift card.

Perhaps recognizing that almost all their stuff is priced like this, they're also allowing you to submit non-itemized credit or debit card statements for 10 percent cash back (or 12 percent in gift cards) on total purchases of "qualifying products." Finally, if you don't keep receipts and somehow paid for everything in cash, you can fill out a form to make a sworn statement confirming your claim and get a $10 gift card.

Even with the cheap prices, it's easy to spend thousands of dollars there over the years, especially if you do your own wrenching. It's up to you to decide if you wouldn't have spent that much without the allure of the fake sales, or if you're satisfied with the affordability either way. Click here for information on filing a claim.