With a recharging time of 15 minutes, owners won't need to waste precious track time in the pits. 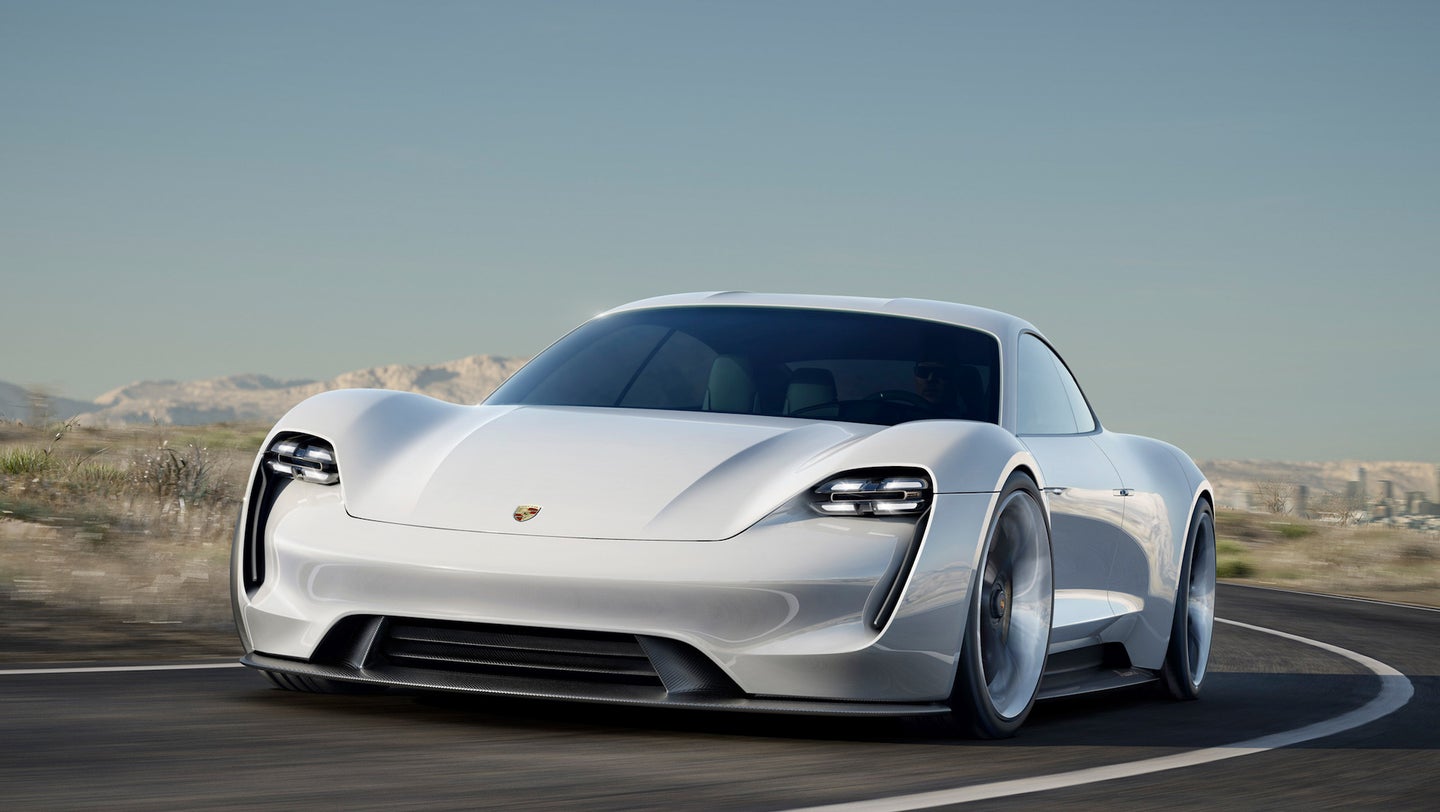 Even though Porsche's all-electric concept debuted nearly two years ago, details about the Mission-E progress have been relatively scarce ever since. Detlev von Platen, Porsche board member and erstwhile CEO of Porsche Cars North America, spoke to Road Show at the Geneva Motor Show and revealed new information about the Mission-E that indicates while it may be a four-door, all-electric sedan, it will still be a Porsche—and that means it will be designed to perform at the track.

Taking an EV to the track has its problems, however—rapid battery depletion whose resulting heat impairs performance, for one, and long recharging times—but Porsche is working on solving them head-on. von Platen said, "If you're having some fun on the track, waiting 6 hours to recharge would bother you. That's why we are working so hard on a technology that would charge the battery in 15 minutes." While there's no word on whether that 15 minutes would charge the battery in its entirety or not, it's still a drop in the hat compared to charging times on most EVs. Plus, considering Porsche's penchant for reliability, it's likely that the battery will stand up to repeated fast-charging.

von Platen added, "We are not bringing another electric car. We are bringing a Porsche car with an electric engine. It's a different approach."

The Mission-E is expected to go into production in 2020.