Ditching the sterile, futuristic-looking silver that cloaked the original concept, Jag's injecting some passion into its Geneva unveiling. 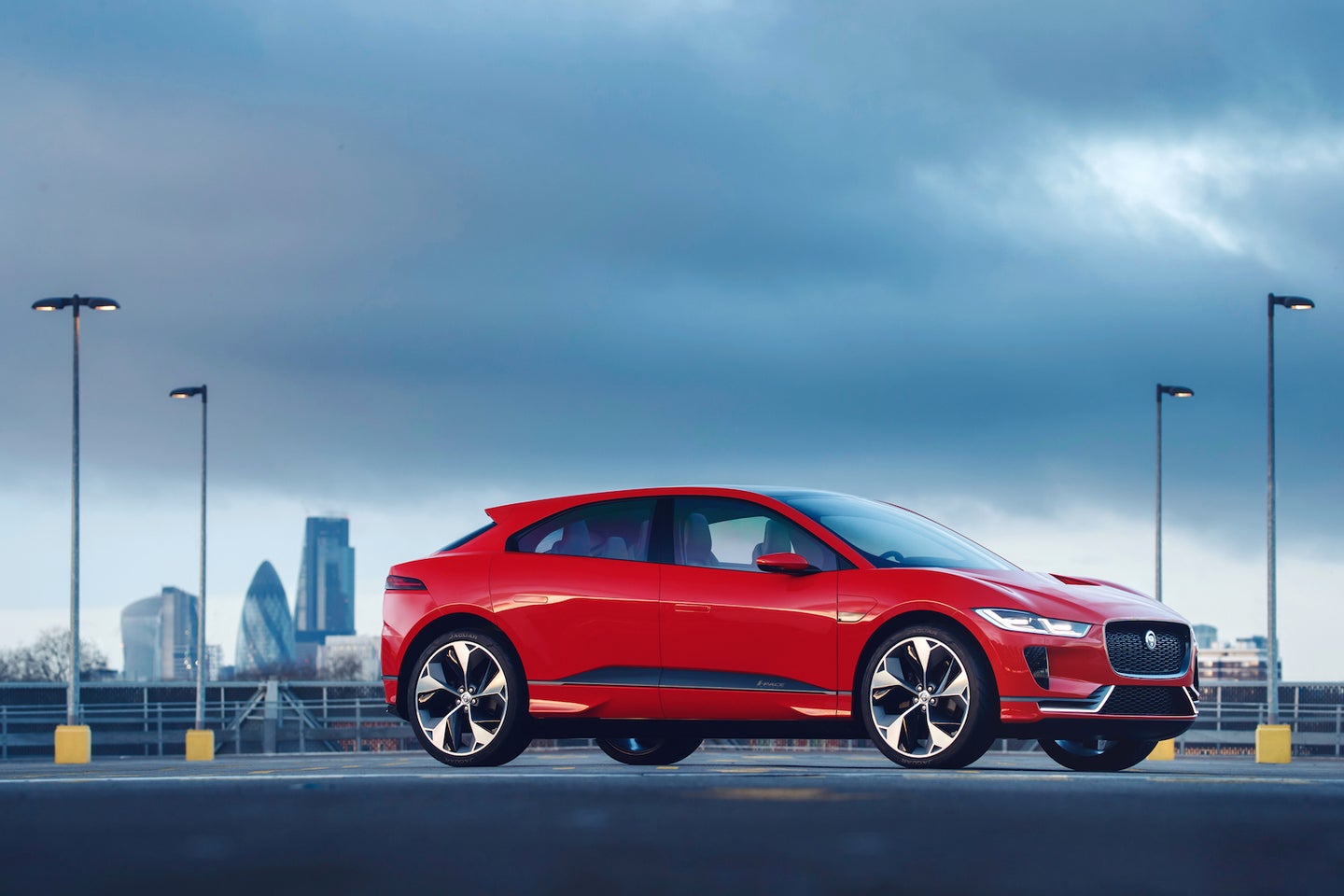 Following the initial debut of the I-Pace concept at the Los Angeles Auto Show late last year, Jaguar will bring the newest iteration of its all-electric SUV to the Geneva Motor Show this month—but this time, it will be dressed in red. Photon red, to be exact, according to Jaguar.

The I-Pace, which is expected to go on sale next year, is a five-seat SUV that marks Jaguar's first foray in all-electric production cars. Despite the new direction, the I-Pace's performance figures are impressive. Two motors—one in front and one in the rear—create a combined output of just under 400 hp and 516 lb-ft of torque, which help motivate the five-seat SUV to 60 mph in around 4 seconds. These numbers may not scare Tesla and its falcon-winged Model X, but the I-Pace's purported range of 310 miles and estimated price of around $45,000 just might.

Ditching the sleek but underwhelming silver paint found on the original concept, Jaguar's Photon Red I-Pace will be on display soon in Geneva in the following weeks. What do you prefer? The robot-like silver on the concept, or the bordering-on Italian Photon Red? Let us know in the comments below.