Hammy's hurting from the massive grip and increased aero of the new cars. 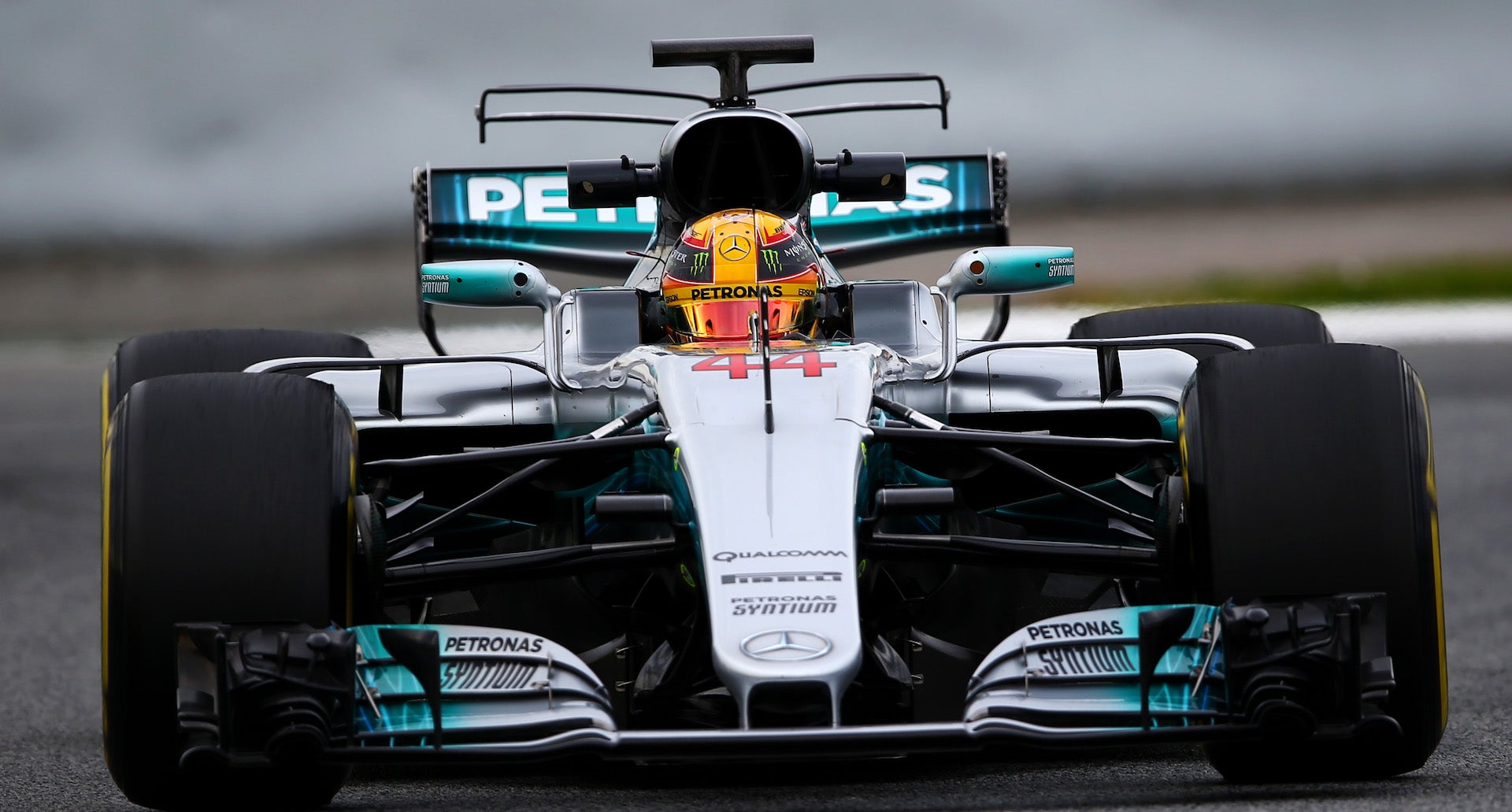 After a half-day of testing, completing 66 laps at Circuit de Catalunya—the same number of laps the upcoming Spanish Grand Prix will require—Hamilton said, "I’m finding the car is much more physical to drive than in the past.  It’s so much faster in the corners." He added, "The force you feel on your body and on your neck is much higher. I’ve got bruises and bumps where I’ve never really had them before."

This isn't all that surprising—before testing even began, Hamilton seemed a bit apprehensive about how the new car would treat him. After all, this new season allows for wider, grippier tires, wider cars, and more aggressive aero bits, which all contribute to increased cornering speeds—up to 25 mph faster than last season's cars apparently.

Despite the bruises and bumps, Hamilton isn't fazed by the new, more physical driving dynamics, saying he's " trained enough over the winter to be ready for more." Before we start to criticize Hammy for being weak, we shouldn't forget that Formula One drivers endure between four and six g in cornering alone.