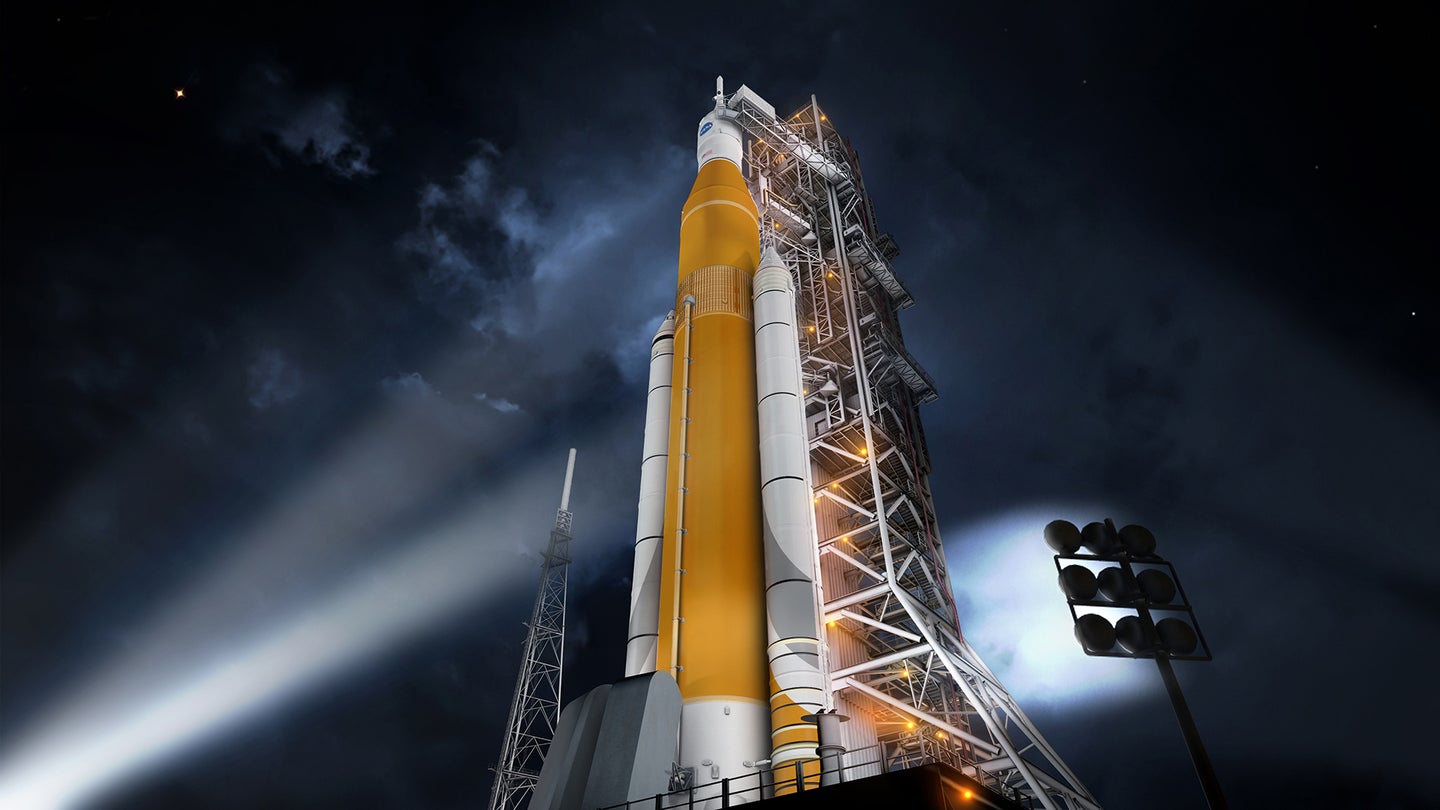 When NASA's massive new Space Launch System rocket takes flight for the first time in the not-too-distant future, it could be carrying an unexpected payload atop it: humans. And it could be in part because of the newest occupant of the White House.

On Friday, NASA head of human exploration William Gerstenmaier said his superiors and the Trump administration had asked for a study to assess the feasibility of placing astronauts aboard the SLS, as it's called, for the rocket's maiden voyage, according to the Associated Press.

Under the existing schedule, astronauts wouldn't climb aboard the SLS for a manned flight into space until early next decade. But with the first unmanned SLS flight planned for next year, the new plan pushed by the White House could help Americans ride back into space on U.S. government hardware while Trump is still in his first term.

That is, assuming NASA can find a way to pull that off without drawing out the launch schedule too much. Right now, Gerstenmaier says the space agency has scheduled a three-year block of time to refit the Kennedy Space Center's launch pad to handle human crews; NASA can try to crunch that down, but he said that if the demands of the request would mean pushing first launch back past 2019, it would make more sense to stand by the current plan.

The updated schedule could make things sketchier for the people tasked with climbing aboard the 322-foot-tall tower of power, too. Gerstenmaier said the new course, if adopted, "will be an increased risk" to astronauts.

"There are pros and cons both ways, and it's hard to judge that [public] aspect," he said, according to the AP. "But I look at it more kind of matter-of-factly. What do I gain technically by putting crew on?"

The SLS, when completed, will be the most powerful rocket ever at NASA's disposal, packing even more power than the Saturn V used to launch Apollo missions. It, along with the Orion crew capsule situated in its nose, is intended to serve as key parts of any future manned missions to the moon, passing asteroids, or Mars.