The new Lamborghini SUV may have the smallest engine of the Lambo family...but that doesn't necessarily mean it'll be the least-powerful one. 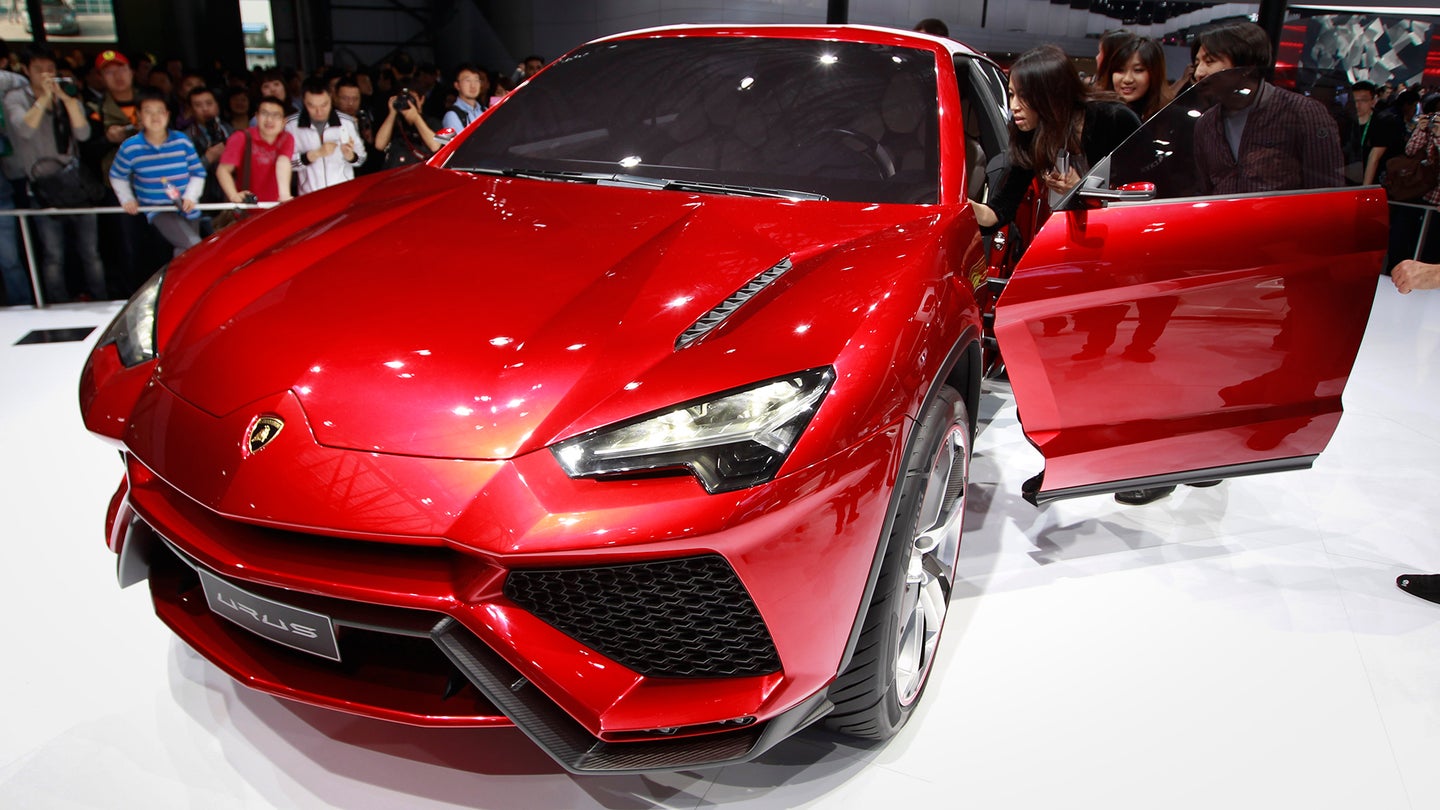 The higher-ups at the Volkswagen Group have hitched some pretty high hopes to the Lamborghini Urus. Lambo CEO Stefano Domenicali has said he expects the brand to sell around 3,500 copies of the SUV per year, which works out to one Urus for every Huracan and Aventador the company moves. But just because the new SUV is expected to double the supercar company's annual sales doesn't mean it'll be an entry-level model when it comes to power or price. According to British publication Auto Express, the new Urus will not only cost around the same amount as the Huracan when it goes on sale later this year—but it'll make around the same amount of power.

The new report, which cites Domenicali as a source, claims the Urus's 4.0-liter twin-turbo V8 will make "in excess" of 600 horsepower and 590 pound-feet of torque. The Huracan, in contrast, makes 602 hp in all-wheel-drive LP610-4 form and 572 hp in rear-wheel-drive LP580-2 form; neither example's naturally-aspirated V-10 comes close to matching the boosted eight-pot's reported torque figure, however. All that power will be routed to the Urus's four (presumably massive) wheels through a dual-clutch gearbox. The SUV will also reportedly score adjustable electronic dampers and a four-wheel-steering system inspired by the one found in the new Lamborghini Aventador S, too.

Likewise, the Urus will likely come in close to or just above Lamborghini's smallest current two-seater in terms of price. Auto Express reports the SUV will start around £180,000—about 15 percent more than the starting price of the Huracan in England. Assuming that price differential translates over to the American market, the Urus will likely start around $290,000 in the States.

Buyers might have to fork out more than that if they want to take an Urus home soon, though—especially if they don't already have an order in the books. Domenicali said demand for the sport-ute could be "a little bit crazy” for the first two years of production.